Corporal Crutch, having obtained possession of the coveted note, and
seeing nothing more to be gained by remaining at his uncomfortable post,
withdrew softly from the garden. Stealing into the adjoining coppice,
he seated himself beneath the shady trees, mopped his brow and proceeded
to decipher the letter, pausing occasionally to chuckle slyly and
congratulate himself upon the unexpected success of his espionage.

The letter was written in a bold round hand, and ran as follows:

DEAR RUPERT.—Thou art indeed the very apostle of rashness, but seeing
thou art resolved to venture here to bid Cicely farewell, ’twere waste
of words to attempt to dissuade thee. Yet prithee think no shame to be
cautious, for the risk is great; we are much suspected and the house and
lanes are closely watched. But to-day I will convey a message to this
worthy captain, as from a trusted informant, that it is thine intention
to meet me at the Lady Farm. These troopers swallow any bait; ’twill go
hard an they ride not thither on a wild goose chase. As for you, an you
come with caution over the hill and down the stream (the boat is moored
among the willows at the old place) you will surely escape them. Once
in the garden thou art safe enough; they dare not show their faces there
and they love not the copse at night, deeming it damp,—as assuredly it
is,—and haunted,—as doubtless it may be. We will be on the watch for
thee, and the old hiding place is ready, an it should be needed.
Farewell, thou rash and lovelorn fool. Thy sister,

“Ods zooks! here’s a prize!” chuckled the corporal, tossing the paper in
the air and catching it again in the very ecstacy of delight. “Ha, Ha!
my pretty mistress, thou’lt sing a different tune ere I’ve done with
thee to-night. Now what to do? What were best? The captain (curse him)
is away to Spaxton wi’ three o’ the men, to search the Squire’s papers;
he’ll not be back till nightfall. The better fortune that; I’ll see to
this business myself, and ’twill go hard an I have not this same ’rash
and lovelorn fool’ in my safe keeping ere day dawns. Now how to work
it?” he mused. “It were easier had they but said where the fellow lies.
Should I set one to follow her messenger, and so discover his
hiding-place? Yet that were difficult, perchance dangerous; ’tis very
like we would but be led astray; these peasants are cursedly
untrustworthy, and monstrous shrewd. Or post men up the stream, and
take him on the road? That, too, were risky. Perchance ’twere wiser to
watch him into the house, and there trap him. Yes, by Jupiter!” he
muttered excitedly, “trap him and trap them all. Two traitors are
better than one, and if she be not judged traitor for thus harbouring
rebels, may I dance to Kirke’s music myself. Why, ’tis no less than
Mistress Lisle lost her head for last week. Yes, it must be so. Ah!
the pretty fool, wi’ her prince of plots. She may plot, ay, and
counter-plot, but she’ll not out-plot Jonathan Crutch, I warrant me. But
soft, who comes here?”

It was Peter Drew, the smith, from the village, who strode through the
coppice on his way to the Manor House. He greeted the Corporal with a
scowl.

“Good-day, fellow,” began that worthy. “What do you up here?”

“My lawful business, which is more than you can say,” growled the smith,
and passed on towards the house.

“Hum! So yonder is her messenger,” mused the corporal. “Well, let him
pass, he’ll lime our bird for us.”

Then he arose, and cautiously resuming his post of observation within
the laurel bush he tossed the note back into the garden. Scarcely had
he done so when Barbara came down the garden, searching eagerly for the
missing paper. Presently she espied it where it lay on the lawn, and
picking it up she placed it carefully in her pocket and returned to the
house, while the corporal chuckled again over his success.

Ten minutes later Peter Drew came into sight round a corner of the
building. He led a sturdy pony by the bridle, and his right arm was
firmly linked in the arm of the unfortunate hawker, who was helpless in
the grip of the powerful smith, and with rage in his heart was forced to
walk along apparently on terms of the greatest friendship with his
companion. For behind them marched the wolfhound, and the hawker knew
that at the least attempt to escape he would be given over at once to
the mercy of this relentless foe. They turned in the direction of the
smithy and soon disappeared from sight. Then all was quiet once more
and the corporal, again extricating himself from the sheltering laurel,
set off for the village to collect his men and make his dispositions for
the evening.

He proceeded with the utmost caution. Two of his men he posted on the
main road to Cannington, where a path turned off over the hill to the
river, and two more some distance up the stream, that they might watch
and follow Sir Rupert should he by chance elect not to visit the Manor
House itself. These he instructed not to interfere with Sir Rupert,
unless he showed signs of scenting a trap, but to allow him to reach his
house unmolested. The remainder he ordered to conceal themselves in the
plantation near the house, and after dusk at a signal from him quietly
to surround the building. He enjoined on all the greatest caution in
concealing themselves, and bade them take good note of all who entered
or left the mansion, but not to prevent any or show themselves until he
gave the signal.

This done he returned to the Winslow Arms and proceeded to fortify his
spirits and strengthen his wits by a hearty meal, thanking his stars the
while that Captain Protheroe’s absence gave him the opportunity to
direct the operations in his own way.

“If the matter were but left to the captain, there would be but little
fear for Sir Rupert; he hath neither wit nor stomach for such a job.
Like as not he would have left the women alone, to harbour what rebels
they choose. I marvel how he hath already risen so high in favour, save
that the general is always easy tempered. If the business had been in my
hands alone, the fellow had been laid by the heels long since.”

So mused the worthy corporal, as he devoured his dinner and complacently
reviewed his crafty proceedings of the morning.

His meal and his meditations were alike presently cut short by the
entrance of the host, who announced that a man stood without clamouring
for instant permission to speak with the captain, or if that might not
be, with the corporal of the troop.

“’Tis a most persistent fellow. He saith he hath information of great
moment for your honour, but I’ll not vouch for the truth of it; he is a
pedlar by trade, and such have ever glib tongues,” continued the host
with some scorn.

The corporal started on hearing the man’s message; but remembering that
a part of Mistress Barbara’s plan was to send a messenger to the captain
he smiled cunningly and ordered that the pedlar be instantly admitted.

“’Tis some traitorous rogue she hath employed, I doubt not,” he
muttered, “and a daring fellow withal to venture thus into the net.
’Twere well that such an one be speedily laid by the heels.”

Then the door opened and in hurried Simon, the Pedlar.

Breathless and eager, and glancing nervously over his shoulder the
while, he ignored the curt greeting of the corporal and broke at once
roughly into his story. 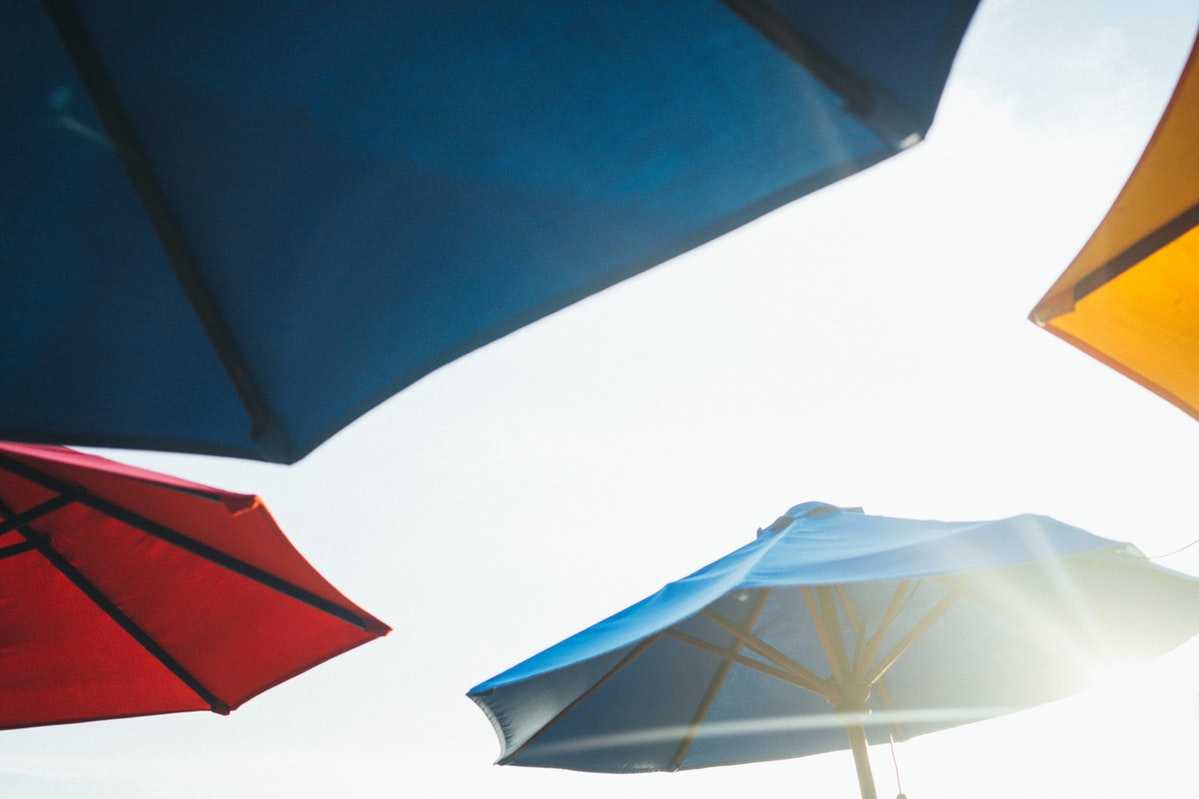 “’Tis concerning Sir Rupert Winslow,” he began. “I have certain
information to sell. I know where he lies hid and likewise whither he
purposes to ride this very night. An it be not so, you may hang me for
a lying rogue. Give me my price and I will deliver him over to you
within three hours. But first I must see my reward.”

Had the hawker’s mind been in a less agitated condition, had he been
less nervous of pursuit and interruption he had assuredly gone about his
business in a more cautious manner; but so fearful was he lest even at
the eleventh hour he might be prevented from driving his bargain that he
failed entirely to note the effect of his words upon the corporal.

As for that self-complacent mortal, ever since the unceremonious
entrance of the pedlar whom he instantly recognized as the smith’s
companion of that morning, his indignation had increased, until at the
final rough demand for money, it overflowed in a furious burst of anger.
Even had he believed the man honest, it is doubtful whether he would
have listened long to one so utterly wanting in all the obsequious
attentions which he considered due to his dignity, but convinced as he
was that the fellow was no more than an impudent impostor, his rage knew
no bounds.

Springing from his chair, and banging furiously with his fist upon the
table he roared at the astonished pedlar, pouring forth upon him such a
torrent of abuse and threats that Simon was terrified. In vain did the
unfortunate pedlar attempt to remonstrate, in vain did he plead that his
tale might be put to the proof, the corporal would hear no more, and
before he could grasp the reason of this unexpected anger he found
himself marched away between two troopers and securely locked into an
upper chamber of the inn, where he was left to meditate in solitude upon
his second unsuccessful attempt at bargain driving, and to curse the ill
fate that had led him so to over-reach himself.

Then, with a pleasing sense of duty done and villainy outwitted, the
corporal soothed his ruffled feelings with a cooling draught of cider,
finished his dinner in peace, and departed once more to take up a
position behind his well-tried laurel bush, whence he could survey at
once the stream, the lawn, and the entrance to the house itself.

Ten minutes after his departure an anonymous note was left at the Inn
for Captain Protheroe. The note lay unheeded on the table, but
Barbara’s mission had already been unwittingly fulfilled by the very man
who sought to betray her.