The old-fashioned garden was the glory of the Manor House. Generations
of flower-lovers had tended it year by year, and every nook and corner
bore testimony to the loving care of its owners. As Barbara tripped
along the trim box-edged paths between banks of hollyhocks and
proud-faced dahlias and sweet clusters of late roses, she looked, in her
soft blue gown, with her happy face and shining eyes like the very
spirit of Hope just escaped from the box of Pandora, and meet to face
and vanquish all the evils of the world. But when she emerged upon the
lawn and came in sight of the grey stone sun-dial she stopped short, for
on the steps of the dial sat Sorrow herself in the person of Cicely, her
head leaning forlornly against the stone pillar, her eyes streaming with
tears, her hands clasped and her breast convulsed with bitter sobs.

The laughter died out of Barbara’s face, and was replaced by a look of
the utmost astonishment and desperation.

“Now may I be forgiven, Cicely, an thou beest not the most ungrateful
girl in Christendom,” she exclaimed reproachfully. “Shame on you to sit
there weeping like a very fountain, when thou shouldest be glad and
thankful at Rupert’s escape.”

“Nay, then Heaven preserve me from such a melancholy display of
thankfulness,” responded Barbara drily. Then seating herself beside her
sobbing cousin she continued coaxingly, “Come, tell me what ails thee,
Cicely. Thou sayest Rupert has reached the coast in safety and
to-morrow will take ship for Holland where he will wait until we can
make his peace with the King. Is it not so? I confess I see no great
cause for tears in news such as this.”

“Ah, Barbara, ’tis different with thee, Rupert is only thy brother.”

“Well, and were he ten thousand times thy sweetheart, I still cannot see
why thou shouldest weep at his escape.”

“Thou dost not listen, Barbara,” answered Cicely somewhat petulantly.
“I thank Heaven for his safety, but, oh, Barbara! I cannot let him go
without seeing him once more, just once; and he says likewise he will
not go without seeing me. Bethink you, we may not meet for years, and
so he being but ten miles distant, he purposes to ride over to-night and
bid farewell; and so I must weep, Barbara, for if he comes he will
assuredly be taken, and if he comes not I shall assuredly die.”

Barbara sprang to her feet with a gesture of despair.

“Now a plague on you both for a pair of mad lovers. He cannot come here,
’tis madness. Thou knowest, Cicely, the house and roads are watched
night and day by these scarlet-coated, scarlet-faced troopers, and they
say yonder dark-visaged captain of theirs is a very dragon of vigilance.
’Tis clear they deem such a visit likely, seeing how closely they watch
our movements; ’twere fair courting capture if Rupert came.”

“I know the risk well enow. But, oh, Barbara, I cannot live another day
without seeing him. Ah, to feel he is so near, so near, and I may not
see him, feel his hand, hear his voice. Oh! I cannot endure it,” and
leaning her head once more against the cold stone pillar of the dial,
she burst into a passion of sobs.

Barbara regarded her with an expression of helpless bewilderment.

“’Tis passing strange,” she murmured. “Come, Cis, I am Rupert’s self in
face and figure. I will kiss and cozen thee and call thee pretty names
to thy heart’s content; why may not that suffice thee?”

In spite of her tears Cicely could not repress a smile at this strange
offer of a substitute.

“Truly no,” was the frank rejoinder. “I know nought of the matter; it
passeth my understanding altogether and indeed methinks it is but
nonsense. Rupert is very well where he is and you shall see him in a
year or two at most. What more can you wish tho’ you were a thousand
times in love. Come, Cis, dry thine eyes, and we will send to forbid
him to come.”

But Cicely only wept the more persistently.

“Ah! Barbara, thou hast no heart, I must see him once again, indeed I
must. I must let him hold me in his arms, and feel him near me.
Barbara, you do not understand, but I shall die if I may not see him.
Sure thou couldst help me an thou wouldst. My heart will break else.
Oh, Barbara! try to understand.”

Barbara gave a sigh of sheer desperation, then yielded to her cousin’s
plea.

“’Tis stark madness, Cis,” she cried; “but thou shalt have thy way.
Only look cheerily and Rupert shall come. But now how to devise it.”
She clasped her chin in her hands and bent her brows in thought. “What
said he in the letter?”

“Thou mayest read it, an thou wilt not laugh.”

Barbara took the note and turned away to pace up and down the lawn lest
her cousin should see the involuntary twitching of her lips as she read
the tender epistle; it was so strange to her to think of Rupert writing
thus—Rupert, who to her seemed the personification of boyish gaiety.

As she raised her head from perusing the note her attention was
momentarily arrested by a rustling sound from within one of the large
laurel bushes bordering the lawn and a strange shimmer behind the
leaves. She stared at the bush a moment in surprise and then passed on
towards the foot of the garden still deep in thought. Here she paused
long, gazing into the stream which there flowed by the garden, her face
wrinkled with anxiety and bewilderment as she puzzled her brain over the
situation, her eyes darkened with a shadow, of fear.

Suddenly with a flash the inspiration came. Her bent brows relaxed, her
eyes glanced mischievously, she gave a gasp at the very magnificence of
the idea, and breaking into the gayest laughter she fairly danced back
to her cousin, clapping her hands with delight.

“Cicely, Cicely,” she cried, “never let it be said again that Barbara is
a brainless madcap. I have conceived the properest plot, a very prince
of plots. Thou shalt see thy Romeo to-night, my poor lovelorn Juliet,
and I——faith! I will have the maddest prank that ever woman played.”
And flinging herself on to the grass, she laughed till the tears ran
down her cheeks.

Cicely stared at her in undisguised astonishment.

“Barbara,” she remarked solemnly, “I verily believe thou art mad.”

“Thou wouldest say so indeed an thou knewest my plan.” 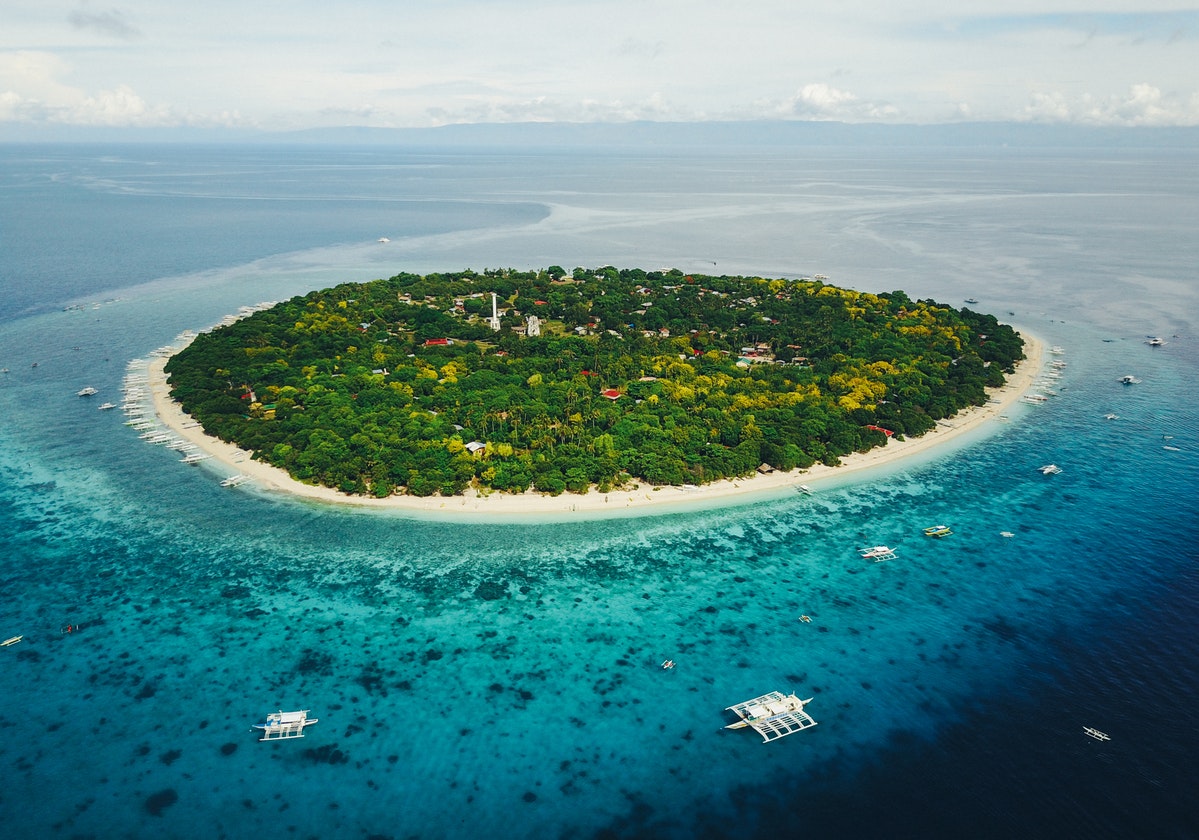 “Not I,” laughed Barbara. “Be thou content with thy beloved Romeo, and
leave me my jest to myself.”

“But, Barbara, I am afraid. What if the plan should fail!”

“Talk not to me of failure, Cis. There is a risk, I do not deny it;
but,” she continued, laughing, “if danger befall can we not fight our
way out? Butcher is a mighty ally; I am well nigh as handy as Rupert
with the rapier, and thou mightest perchance discharge a pistol or so,
if it were possible to do so and cover thine ears at the same moment.”

“In Heaven’s name, Barbara, what have you in your mind?” cried Cicely in
dismay.

“Fear nothing, coz; leave all to me. Listen, Peter the smith can always
be trusted; he or little Jacky Marlow would carry our message to Rupert.
If he start at twilight he should be here before ten. We can hide
him——”

“Whist, Barbara!” interrupted Cicely softly, “didst not hear a rustle in
yonder bush? Can anyone be in hiding there?”

“Tut, tut! thou trembler! Thou wouldest see a spy in every pansy face.
’Twas but a rat or a rabbit. Get thee in and send for Peter; I will
write my note to Rupert.”

“I know not why I trust you, Barbara,” said Cicely doubtfully, “for thou
art ever a madcap. But I must see him.”

Left alone by the sun-dial Barbara resumed her favourite attitude for
thought, one foot tucked beneath her, her head bent, her chin resting
upon her clasped hands.

She thought deeply. Twice or thrice she raised her head and laughed
aloud suddenly, as though catching some new and entertaining idea. Once
indeed her face grew grave and her eyes fearful, and she shuddered as
she weighed the dangers before her, but presently with a laugh she
banished the thought. Was she not a Winslow? and whenever was Winslow
yet who let fear turn him from the path he chose to tread?

At length she drew paper and pencil from her reticule, and wrote a short
note. Then gathering up her flowers she rose and walked towards the
house.

As she passed the clump of laurel she paused and plucked a few sprigs,
glancing sharply through the leaves the while; then with a laugh and a
shake of the head she passed on.

But having passed, there lay behind her in the centre of the path two
roses and the little white note which had slipped from her fingers to
the ground.

No sooner had Barbara vanished from sight than the branches of the
laurel were parted and a purple face peered cautiously out. The face
was followed by the stout figure of Corporal Crutch, who crawled from
behind the bush, pounced upon the paper, and with a low chuckle of
delight disappeared with his prize, leaving the garden once again
deserted.