Jintle’s Hotel was situated in that very unfashionable neighbourhood,
The Seven Dials, and Mr. Jintle, the proprietor thereof, was a friend
of Dentham’s. On the evening of the day upon which the strange
discovery had been made at Hampstead, Dentham was seated in a small,
stuffy back room of the hotel, talking eagerly to no less a personage
than his master, Dr. Michael Roversmire, who had come up from Marlow
to Jintle’s by the four-o’clock train in answer to a telegram sent by
Dentham.

Adrian was in a terrible dilemma, as he did not know which way to
turn. The telegram which warned him not to go back to Hampstead or he
would be arrested, had fallen upon him like a thunderbolt, and he had
come up to town at once to see Dentham. That gentleman had gained his
reward from Olive Maunders, and was now the happy possessor of one
hundred and twenty-five pounds, but not satisfied with even such a
sum, which represented wealth to him, he was now trying to make terms
with his master. All his cringing manners had disappeared, and he sat
opposite to Adrian with his elbows resting on the table and a look of
coarse triumph irradiating his mean-looking face.

“I knew how it would be,” he was saying in a sneering tone. “If you’d
only trusted me about the young man I could have helped you, but now
it’s too late–unless you make it worth my while.”

“What do you want me to do?” asked Adrian hopelessly, fully aware that
he was in the power of this man and quite at a loss what course to
pursue.

“What do I want you to do?” said Dentham jeeringly. “I want you to
give me a cheque for two hundred straight off.”

“And if I do that?” queried Adrian, fixing his eyes on Dentham’s face.

“Well, I’ll do my best to help you to get off,” retorted Dentham with
a silky smile.

“And suppose I refuse?”

“Oh, in that case, I’ll go straight out and tell the police.”

“Will you, indeed?” said Adrian with a grim smile, stroking his long
grey beard. “And what about your warrant for my arrest?–you can’t do
it on suspicion.”

“Now don’t you try any larks on me,” said Dentham in a bullying tone,
“because I’m the only person who can help you out of this mess, and I
won’t unless you’re civil.”

“Oh, yes you will–for money,” retorted his master coolly, “besides, I
want first to be assured of the truth of your story.”

Dentham was quite exasperated by the quiet tone in which the doctor
spoke. He had expected to find a terrified man, who would give any sum
to be placed in safety, instead of which, the proposed victim talked
as calmly and sedately as if no terrible charge of murder was hanging
over him.

“If what I’ve told you don’t convince you, nothing will,” he said
sarcastically. “Ain’t I said all your being asked to Marlow was a
blind? I found out Mr. Lancaster had been with you on that night by
means of the stick.”

“Which you denied having seen,” interpolated Adrian quietly.

“That’s my business; you said it was your stick–which was a lie.
Well, I answered Miss Maunders’ advertisement and told her all I
knew.”

“In other words, you betrayed me.”

“You can call it what you like, but I had to look after Number One,
and she paid me well for what I told her.”

“So now, having betrayed me and getting paid, you are going to betray
her in the hope of a similar reward?”

“I always make hay while the sun shines,” retorted Dentham with an
ugly smile, for he did not like his villainies to be put before him so
plainly. “Whatever I did is none of your business, all I know is, this
Miss Maunders and Mr. Rudall came to your house this morning, found
Mr. Lancaster’s body where you hid it and called in the police; if I
hadn’t sent that telegram to Marlow, you’d have gone back home and
been arrested, but I saved you.”

“For your own ends,” said Adrian with a dreary laugh. “Good heavens,
what scoundrels there are in this world! So you think I killed Adrian
Lancaster?”

“I’m sure of it,” replied Dentham promptly. “I saw it myself.”

“And where is it now?” demanded Adrian, leaning back in his chair.

“At Number Forty Beryle Square. Miss Maunders had it taken there with
permission of the police this afternoon.”

“So there is a warrant out against me?”

“Yes; on a charge of murdering Mr. Lancaster.”

“And if I give you a cheque for two hundred pounds you will help me to
escape?”

“Do you know you are compounding a felony?” said Adrian, rising.

“Whatever I’m doing, it’s better than being a murderer; but I’ve not
got any more time to talk, you know my offer and you can do what you
like.”

“I must have time to think over it,” said Adrian calmly. “You can go
away and leave me for a time.”

“Don’t you try to escape,” cried Dentham, moving towards the door,
“’cause you won’t I’ll keep a watch outside.”

“Oh, will you?” scoffed Dentham. “I daresay you’re a juggler, ain’t
you? Perhaps you can get through the keyhole, but all your juggles
won’t get you out of this mess, unless you pay me well,” and with this
parting shot Dentham took his departure and closed the door after him.

Left alone in the dirty, ill-lighted little room, Adrian walked up and
down, pondering over the situation. He saw plainly he was in Dentham’s
power, and if he refused to accede to his demand, he would be at once
arrested, tried–in the person of Dr. Roversmire–for the murder of
Adrian Lancaster, and as the proofs were so strong against him,
ultimately hanged. But it was not this prospect that made him shudder;
no, it was something far more terrible, for he knew that his own body,
being to all intents and purposes dead, would be duly buried, and
then–Oh, God, how terrible!–when he was hanged as Dr. Roversmire,
his soul would have to go back to find its original body, and find
it!–where?–in the darkness of the coffin. He would be lying under
the earth a living man, and would die by that most terrible of all
deaths–suffocation.

The bare idea of such an appalling death made a cold sweat break out
on his forehead, and leaning his arms on the mantelpiece he groaned
with anguish. He would die two horrible deaths, first on the gallows,
as Dr. Roversmire, and then in the narrowness of the coffin, as Adrian
Lancaster. What was he to do–consent to Dentham’s offer and be saved,
or give himself up and try to explain the whole affair?

Alas, he knew that if he did so he would be looked upon as a madman,
and even if his life was spared, he would be put in a lunatic asylum.
Sooner or later the life of Dr. Roversmire’s body would end, and then
he would most certainly, by returning to his own, die a terrible death
in the grave.

On the other hand he recognised fully the treacherous nature of
Dentham, and foresaw that even if he did pay him what he asked, the
valet would first make certain of his money by cashing the cheque, and
then betray him into the hands of the police in the hope of further
reward. There seemed no escape–on all sides he was hemmed in by
perils, and he was the helpless sport of circumstances.

Yes, that would be the easiest way out of the difficulty. He shrank
from the idea of suicide, but it was the only way to avoid two
terrible deaths, by hanging and suffocation, so he saw that the only
means of escape was to at once destroy the body of Roversmire. 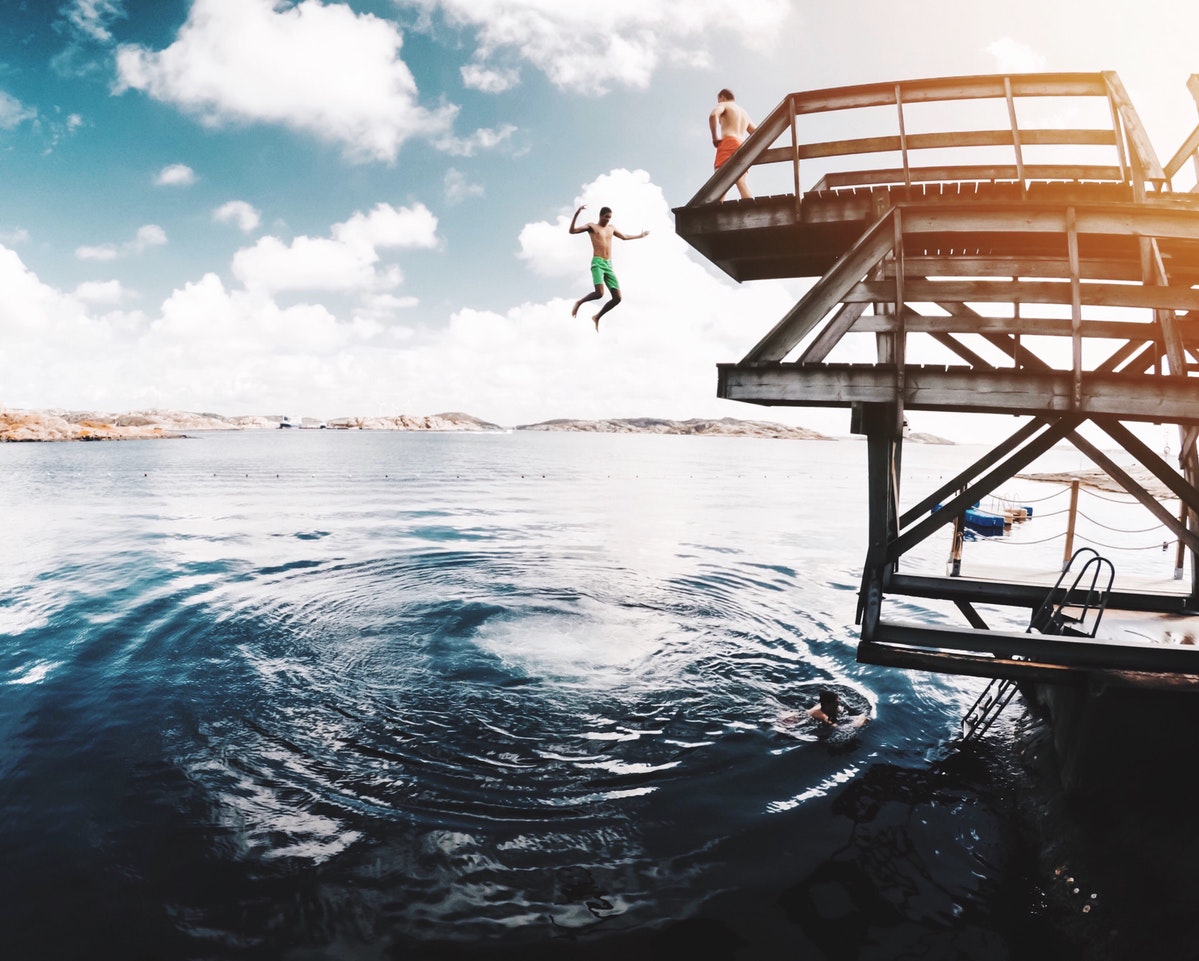 Thinking that such a contingency might occur–although it had come
sooner than he expected–Adrian had provided himself with a phial of
deadly poison, distilled from some rare Eastern herb, which he had
found in the medicine-chest of Dr. Roversmire. He always carried it
about with him, and now, producing it from his pocket, held it up
towards the light. It contained a dark, ruby-coloured liquid, which he
knew was swift to kill, as he had found a full description of its
effects in the diary of the old Indian fakir.

“Thank God!” he murmured to himself as he removed the stopper, “this
will save me. Roversmire said suicide was punished bitterly in the
spiritual world, but he surely cannot blame me for taking the life of
his body in order to escape two terrible deaths. No! I have bitterly
expiated the sins of Adrian Lancaster in this old body, and I will
destroy it without fear of the consequence. It will at least restore
me to my proper self and to the arms of the woman I love.”

At this moment the door was pushed roughly open and Dentham made his
appearance in swaggering triumph.

“Well,” he said, rubbing his lean hands together, “have you made up
your mind?”

“Yes, I have,” answered Adrian, holding the phial closely in his hand.
“I have made up my mind not to give a scoundrel like you one penny.”

“Then I’ll have you arrested,” yelled Dentham, furious at seeing his
chance of making money fading away.

“You will not arrest me,” replied his master with a strange smile,
“for I will be far beyond the reach of your malice. Bring in your
detectives as soon as you like, for they will only find a dead body.”

Dentham, seeing his intention, darted forward to stop him, with a cry
of anger, but Adrian was too quick for him, and raising the phial to
his lips, drank off the contents.

The valet recoiled as he did so, for an awful change passed over the
face of his master–the thin hands plucked wildly at the grey beard,
and with a choking cry Dr. Roversmire fell down on the floor–dead.

And the clock struck nine.