Dr. Roversmire entered the room in a hesitating manner, as if not
quite sure of his reception, but his mind was soon set at rest by the
cordial manner in which he was met by Sir John Maunders, who advanced
towards him with outstretched hand.

“My dear doctor,” he said in a hearty voice, “this is indeed an
unexpected pleasure and, moreover, a curious coincidence, as we were
just speaking of you.”

“I hope the conversation was favourable to me,” said the doctor,
advancing towards Olive and clasping one of her cool slim hands, “how
do you do, Miss Maunders?”

“I am quite well, thank you,” she answered, quickly withdrawing her
hand from his warm grasp. “Have you been away from London?”

“Yes, I’ve been to Monte Carlo,” began Adrian mechanically, then
suddenly recollecting that his personality was lost in the body of Dr.
Roversmire, he went on hurriedly, “that is–no–I have not been out of
town further than Hampstead.”

“And why have you not been to see us for such a long time,” said Sir
John. “We have not had a visit for months.”

The fact was he did not know exactly what to say as he was quite
ignorant of the relations existing between Dr. Roversmire and Sir John
Maunders, and, moreover, was woefully ignorant in all matters of
theosophy in which Sir John was quite an adept. Besides, the sight of
Olive Maunders’ calm, sweet face had woke the deepest passions of his
soul as he reflected how near and yet how far away she was to him. He
saw her face, he heard her voice, he touched her hand and yet for all
the satisfaction he obtained he might have been miles away, separated
as he was from her by this mask of ancient seeming, in which his
ardent young soul had become incarnate.

Olive Maunders, on her part, was struck by the change in the manner of
her former admirer. The look of calm, conscious superiority which she
had been accustomed to admire, much as she disliked the man, was gone,
and in its place was an expression of anguish and a look of haunting
dread in the dark eyes. His voice also, formerly so rich, smooth and
flowing, was broken and rough, as if the owner had lost all power of
controlling his speech.

“I’m very glad to see you, Dr. Roversmire,” said Olive, looking at him
keenly, “as I wish you to help me.”

“I will be delighted. What is it you wish me to do.”

Adrian recoiled as if he had received a blow. She asked him to find
himself, quite ignorant of the strange transformation which had taken
place, and he–what could he do in the matter? He was unable to
produce his own body, void as it was of any vital principle, and yet,
if he told the truth, he would be looked upon as a madman.

As these thoughts flashed rapidly through his brain, he saw at a
glance the precipice upon which he stood and resolved to gain time by
dexterously temporising so as to form some plan of action. Sir John
had strolled outside on to the lawn so he was quite alone with Olive,
and could speak freely.

“Adrian Lancaster,” he said smoothly. “I don’t think I have had the
pleasure of meeting him.”

“No! At the time you were visiting us in town, he was away on the
continent, but although you do not know him personally, I dare say you
have seen his name in the papers of late.”

Adrian pretended to think for a moment.

“Yes, I fancy I have,” he replied, anxious to learn from Olive’s lips
the true condition of Philip Trevanna, “did he not attempt to commit a
murder?”

Olive arose to her feet rapidly, with a look of anger on her
expressive face.

“No he did not,” she answered in a clear, vibrating voice. “Mr.
Trevanna is now getting better, and has made a statement which
completely exonerates Mr. Lancaster from any such intention.”

“Thank God,” thought Adrian thankfully, “at all events my character
will be cleared even although I am unable to defend myself.”

Mistaking his silence for disbelief, Olive went on to explain the
circumstances of the case.

“Mr. Lancaster and Mr. Trevanna were playing cards and Mr. Trevanna
insulted his friend by flinging the cards in his face. Hardly knowing
what he was doing, Mr. Lancaster threw a decanter at Mr. Trevanna. It
struck him on the head and stunned him. Thinking he was dead, Mr.
Lancaster left, very likely to get assistance. Mr. Trevanna is now
recovering and blames himself severely for provoking Mr. Lancaster’s
anger as he said Mr. Lancaster kept his temper admirably for some time
under the grossest provocation.”

“Yes, he has vanished completely and in spite of all enquiries cannot
be found.”

“Are you sure he went to seek assistance, or–fled?” asked Adrian in a
measured tone.

“You wrong him by such a thought,” said Olive loyally. “Adrian
Lancaster is not the man to fly from the consequence of his own
misdeeds–no! I believe he went to seek assistance, and–and–”

Olive lifted her arms with a gesture of despair.

“It ill becomes you to speak in this way,” she said severely. “What do
you know about the impulses of youth? you are an old man, cautious,
cold-blooded and calculating; he was warm, impulsive and hot-tempered.
If, in a moment of anger, he thought he had committed a crime, was it
therefore a very wonderful thing that he should go away secretly for a
period so as to gain time to explain the matter, instead of waiting to
be arrested? I blame him for his folly as much as you do, but I pity
and love him all the same.”

Adrian’s heart smote him as he saw how nobly she defended his
pusillanimous conduct, though to be sure it is easier to be brave even
at the cannon’s mouth than to await in cold blood for a certain arrest
and a possible ignominious death.

“But I thought you said he went to seek assistance,” he observed
deliberately.

“And I say so again,” she retorted angrily, “why do you measure and
clip my words in this pedantic fashion?–he might have changed his
mind–if he has erred in acting upon the impulse of the moment, no
doubt he is now being severely punished for it.”

Poor soul, she little knew how severe the punishment was.

“He is hiding in some distant place, I suppose, that in itself is
punishment for a noble-hearted gentleman like my Adrian to have to
conceal his face from his fellow men–punishment indeed–I tell you,
Dr. Roversmire, he has, I am certain, already undergone worse
punishment than any the law can devise.”

In her castings round for apologies for Adrian’s conduct, she had
accidentally hit upon the truth, and the soul of the man she loved
hidden in the body of the man she hated, writhed under the lash of her
words. He had, however, to act the part of a cold philosopher, such as
was in keeping with Dr. Roversmire’s general conduct, and crushed down
his rising emotions with a powerful effort.

“I understand and appreciate all you have said,” he observed calmly,
“but what do you want me to do?”

“By the aid of your science–chicanery–readings in the stars–or
whatever else you practise under the title of theosophy. What is the
good of you pretending to supernatural powers if you cannot exercise
them in an emergency like this?”

Here was a dilemma–Adrian had not the slightest idea of the sciences
which Dr. Roversmire was supposed to know, and he was quite unable to
answer this girl, who stood looking at him with piercing gaze.

“Perhaps you already know where he is?” she said with sudden
suspicion.

“I!” he echoed in apparent surprise, “how should I know?”

“It may be that, although you have never seen him, you do not like
him,” she went on feverishly, not paying any attention to his answer.
“You did me the honour to ask me to be your wife–I declined as I
loved Adrian Lancaster–perhaps you hate him on that account–I don’t
believe in your spells and juggling tricks, still–still–tell me,”
she demanded, with a sudden outburst of anger, “do you know anything
about the disappearance of Adrian Lancaster?”

He made a gesture of dissent, for although he was burning to reveal
himself, yet the dread of future consequences kept him silent.

“Is it true that you can disintegrate your bodies? I have heard that
you profess to do so, if so have you disintegrated Adrian?–oh,
what am I talking about? it is madness, insanity, this playing
with the supernatural–I do not believe in the powers you say you
possess–Adrian is in hiding, afraid of the consequences of his
folly–when he sees my advertisement, he will return–I’m sure he
will.” 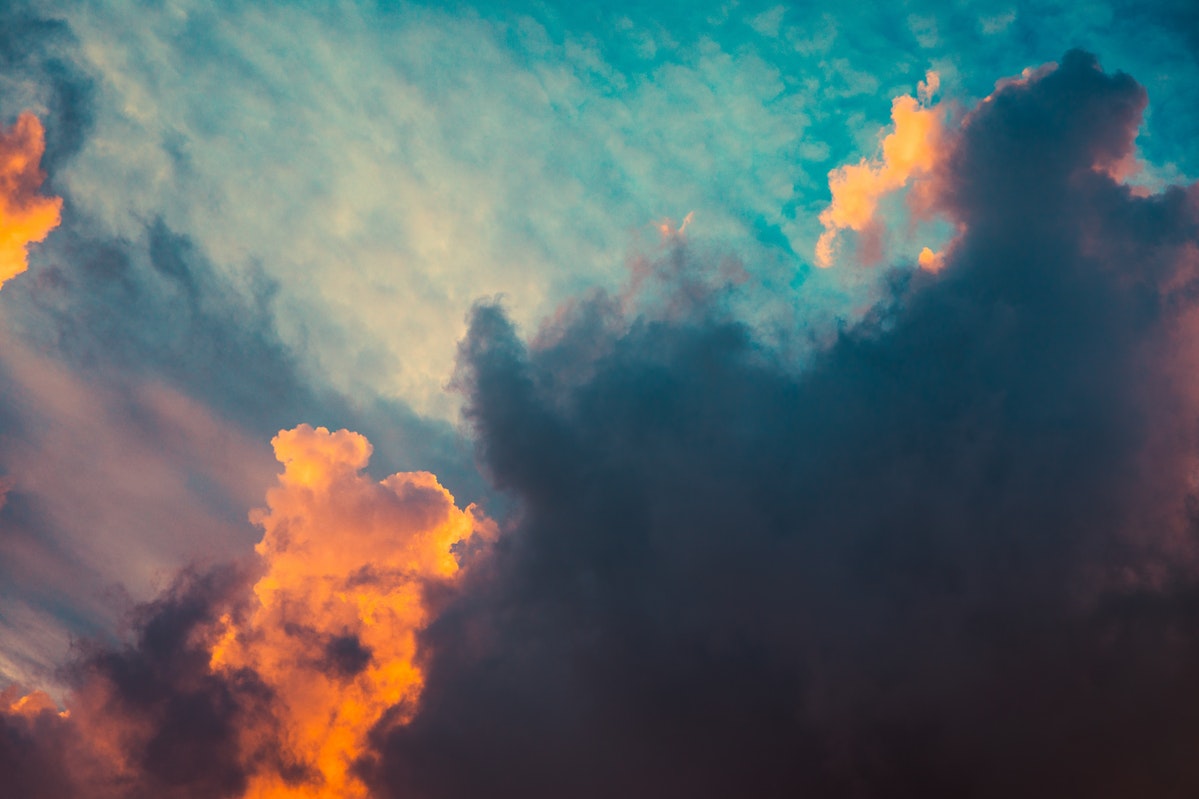 “I’m afraid not,” said Adrian sadly, knowing how impossible it was
such a thing could happen.

“What do you know about it?” she cried fiercely, wheeling round on him
with a look of suspicion in her eyes, “he could not have come to you
for concealment–he did not know you–such things cannot occur in real
life.”

Adrian took a sudden resolution, and rising to his feet, advanced
towards her and seized her by the wrist.

“Listen to me, Miss Maunders,” he said gravely, “there is more in this
occult science than you dream of, the age of miracles is not past,
they are happening every day–your lover thought he had committed a
crime and disappeared–he vanished into the night and the darkness
hides him–you want to know where he is–I cannot tell you–he has
no doubt been punished as you suggest–how, it is impossible to
explain–but I will go to work and perchance may restore Adrian
Lancaster to your arms.”

“And your reward for this?” she asked disbelievingly.

“Your love,” he said softly, forgetting for the moment who he was.

Olive Maunders tore herself from his arms with a cry.

“No! no! anything but that,” she said with an expression of anger.
“What would be the good of your returning Adrian to me if I lose him
again, by becoming your wife?–be generous, Dr. Roversmire, you are a
learned man far above me in knowledge and wisdom, if you can do what
you say, I will ever look upon you as my friend.”

“I ask for bread and you give me a stone,” said Adrian sadly; “well,
so be it, I will try and find your lover and in return I ask
your–friendship.”

He held out his hand and she clasped it in both of hers.

“I must go back to town,” he said after a short silence. “Say good-bye
to your father for me.”

“What are you going to do?” she asked quickly.

He turned towards her in some surprise.

“I am going to try and find Adrian Lancaster,” he replied quietly, and
with a bow left the room at once, while she stood staring idly at the
brilliant group on the lawn, and wondered how they could laugh and
jest so carelessly while her life’s happiness was at stake.