Glad to have come out of their difficulties so lightly, Arnold Gripwell
and the three lads set out along the path indicated by the kindly Dick
o’ Birling.

Reaching the summit of the cliff they turned to gaze upon the scene of
their shipwreck. Far below them the crowd of wreckers and fishermen
seemed like a swarm of ants as they flocked around the stranded hull of
the _Etoile_, now left high and dry, slashing with their axes at the
planks and tearing away everything they could lay their hands on.

The sun was low in the western sky ere the wayfarers crossed the Ouse at
Seaford and reached the little village of Bishopstone.

“Here is an inn,” said Gripwell, pointing to a long straggling building,
from the upper storey of which a broom was displayed denoting the fact
that wayfarers could find rest and refreshment.

“Welcome to the _Buckle Inn_, gentles,” shouted the host. “What might be
your commands?”

“A joint of English roast beef will not be amiss,” replied Gripwell.
“After that beds with fresh straw, an it please thee.”

“The _Buckle_ is ever known for the quality of its beds, fair sirs,”
replied the host with well-assumed dignity. “I pray ye enter.”

The four wayfarers promptly accepted the invitation, and found
themselves in a long narrow room, with low, oaken rafters black with
smoke. Gathered around a fire blazing on an open hearth were nearly a
score of men, clad in white surcoats blazoned with the cross of St.
George. Many of them had removed their armour, and were stretching their
limbs before the comforting fire.

“Welcome, comrades,” shouted a burly giant with a thick crop of reddish
hair. “Sit at your ease and drain a tankard with honest archers. Whence
come ye?”

“From France,” replied Gripwell, overjoyed at the sight of a friendly
surcoat.

A roar of laughter greeted his reply.

“From France, quotha? Nay, by my hilt, ye are going the wrong way. ‘Tis
to France that all stout-hearted men are wending their way.”

“Nor will ye find me backward in that matter,” replied Arnold stoutly.
“We have but lately set foot in England and are sore in want of news.
Discuss with us, I pray thee.”

“Hast not heard that King Harry hath summoned all true Englishmen,
knights, squires, men-at-arms and bowmen to assemble at Southampton for
the taking of France? Such an army hath never before been equalled. They
say that a chirurgeon and twelve others of his class are to go with us
for the comfort of the sick and wounded.”

“The first part of thy speech delights my heart, comrades, but
concerning the latter, one leech in the field will, I trow, do more harm
than a score of French lances.”

“Thou speakest pertly, sir stranger. Methinks if thy comb were cut thy
crowing would be somewhat less.”

“Give me a stout broadsword, archer, and I’ll warrant, old as I am, that
thou wilt not clip it.”

This was a direct challenge. In a moment all was confusion, some of the
company shouting encouragement to the man-at-arms, others urging their
comrade to carry out his threat, while the host of the _Buckle_ besought
his patrons to have regard for the good ordering of the inn.

“The loan of thy sword, friend,” said Gripwell calmly, addressing
himself to an archer who was shouting himself hoarse on his behalf.

“Take it comrade—but stay, where have I seen thy face before? Why, ’tis
none other than Arnold Gripwell, who clove a Scot to the chin with his
own claymore at Homildon Field.”

“Then thou art Thomas Voysey, the archer who threw the ox over his
shoulder in the market-place at York. By St. Thomas à Becket, to think
that I did not recognize an old comrade ere this. Thy hand, Thomas; when
this slight bickering is over I’ll quaff a tankard with thee.”

“Nay, I meant no offence,” protested the man who had expressed his
intention of cutting Gripwell’s comb. “I have ever a regard for a
staunch veteran.”

“‘Tis too late to climb down, friend,” replied Gripwell resolutely. “If
so be that thou art unwilling to cross steel, let us discuss the matter
in another way. I do perceive a bundle of stout staves in yonder corner.
What sayest thou—art willing to try a bout with cudgels?”

Clearly the aggressor was anxious to avoid an encounter, but yielding to
the clamour and ironical jeers of his comrades, he selected a weapon and
stood on his guard.

“Have at thee,” shouted the man-at-arms, and the next instant the bout
began.

With a quick succession of dull taps as the cudgels met, both combatants
warmed to their work. Blows were smartly parried and counter-strokes
rapidly delivered. Arnold’s antagonist was younger and more heavily
built, but he lacked the endurance and coolness of the veteran. Slowly,
but surely, amid the subdued enthusiasm of the spectators, the elder man
forced his opponent backwards, till, with the sweat running down his
face and his breath coming in quick gasps, the archer lost all control
of himself. Whirling his heavy cudgel he strove by a succession of
powerful strokes to break down the veteran’s guard; till, seizing a
favourable opportunity, Gripwell got home a shrewd blow on his
antagonist’s forehead, following it up by a sharp cut that sent the
archer’s weapon flying to the far end of the room.

“Thou art the better man,” gasped the archer, clapping his hands to his
bruised pate.

“Spoken like a sensible rogue,” replied Arnold, throwing down his
cudgel. “My hand, comrade! Thou, too, shalt share a cup with me, though
I have but a groat in my pouch, of which one penny is for my bed. Host,
a tankard of thy best ale.”

Good humour having been restored, the rest of the evening passed in
story and song, till tired out with the crowded events of the last few
days, Geoffrey and his companions were glad to seek repose.

On the morrow it was decided that the man-at-arms and his comrades
should travel in company with the archers, not only for the sake of
protection on the road, but because the sturdy and honest soldiery,
hearing the condition of Geoffrey and Oswald, insisted on sharing their
meals with the lads who had undergone such adventurous ordeals in the
land of the Fleur de Lys. 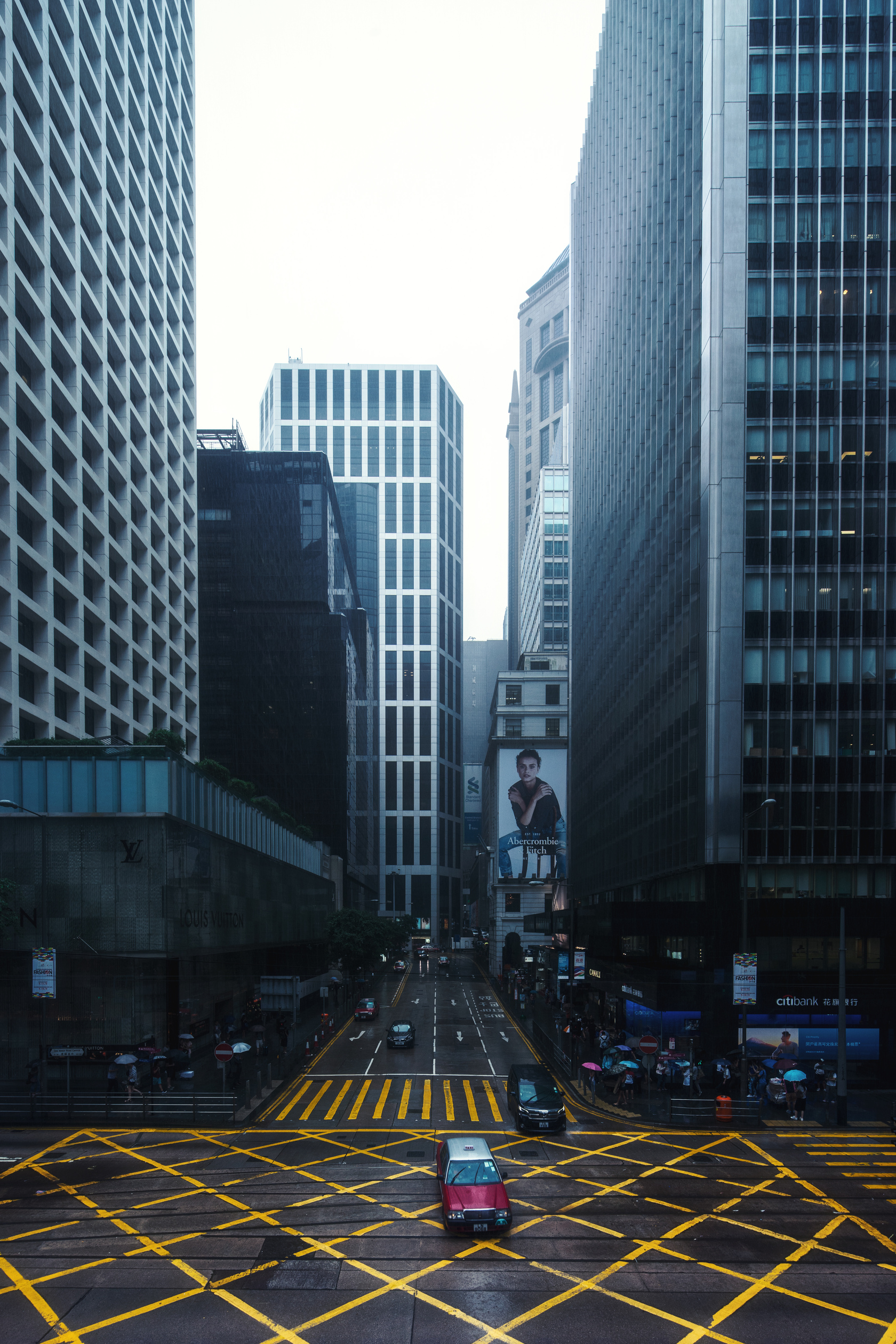 “I cannot see why King Harry—God bless him!—should call his army
together at Southampton,” remarked Voysey, the master-bowman, as the
company took to the road once more. “I am a man of Rye, my comrades all
hail from ancient and loyal Cinque Ports, and seeing the distance across
the Channel is lesser than from Southampton, it is passing strange that
we should have this long march thither, not that I complain—’tis a
soldier’s duty to obey orders.”

“Nevertheless, to me the plan is simple enough,” replied Gripwell. “By
landing at Harfleur—a strong place, for I know it well—and advancing up
the valley of the Seine the King can use his army as a wedge, to split
the French kingdom asunder. Rouen and Paris, rich cities, are likely to
fall into his hands, and, mark you, the booty that is to be had!”

“Ay,” replied the bowman, reflectively. “A man can cross to France with
naught but his clothes and his arms, and return home laden with gold.
‘Twas thus in my grandsire’s time. So now for a prosperous campaign,
comrades!”

Talking thus, the long miles seemed to slip by, and late afternoon found
Geoffrey and his comrades in the city of Chichester.

“‘Tis enough for one day,” observed the leader of the detachment of the
Cinque Ports archers. “Here we will rest till the morrow.”

“As thou wilt,” replied Gripwell. “But since we are within half a score
miles of Warblington, my young masters will be wanting to push on. How
sayest thou, Master Geoffrey?”

“Then so be it. Comrades, adieu, and may we meet ere long on French
soil.”

Amidst the boisterous and hearty farewells of the archers Geoffrey and
his three companions set out on the last stage of their homeward
journey. Along the well-known highway they sped, recognizing in every
landmark an old friend. Quickly the great West Gate of Chichester was
left behind; then the Saxon tower of Bosham Church loomed up on their
left hand, to bear them company till the fishing hamlet of Emsworth hove
in sight. Then, joy of joys, the grey tower of Warblington Castle,
standing out clearly against the setting sun, bade them welcome home.

As for Geoffrey, the discomforts and perils of his journeyings were
forgotten; he regarded them as a closed page of his life-story. He
realized that a new phase of his existence was about to commence, and
that on French soil he would have a chance to win his spurs. But even in
the midst of his day-dreams came the disquieting thought that, however
creditably he had borne himself in his mission, he had left Sir Oliver
still a prisoner in a foreign land.