Durgan left the breeze of the sunrise and the mountains behind him, and
after that one first gallop, rode slowly down into the stillness of the
lower country and the heat of the midday hours. The smoke of some
distant forest fire filled the air, diffusing the sunlight in a golden
glow. Who can tell the sweetness that the flame of distant pine-woods
lends? It is not smoke after it has floated many hundred miles; it is a
faint and delicious aroma and a tint in the air–that is all.

On the lower side of the road now the hill dropped, in ragged harvest
fields and half-cultivated vineyards, towards the wide hot cotton plains
of the sea-board. On the other side were enclosed pastures where tame
cattle were straying among young growths of trees, which were everywhere
again conquering the once smooth clearings.

In the long, central street of Hilyard, behind the weathered palings,
garden flowers brimmed over. Great heads of phlox, white and crimson,
sent forth the sweetest and most subtle fragrance. Petunias, large as
ladies’ bonnets, soft and purple, breathed of honey. Rose and poppy,
love-in-a-mist and lovelies-bleeding, marigold and prince’s feather, all
fought for room in tangles of delight. Over the old wooden houses the
morning-glory held its gorgeous cups still open under the mellow veil of
smoke. No house in the town was newly painted, or bore to the world the
sharp, firm outline of good repair; but there was not one which nature
had not adorned with flower or vine or moss. Everywhere there was the
trace of poverty and languor after war; everywhere there was beauty,
sweetness, and warmth, and the gracious outline of repose.

Hilyard lay on the way from the mountains to the broad plantations which
still bore Durgan’s name. It was soothing to him to find himself again
in a country where he had lost so much for the Federal cause that he had
gained proportionate respect. The mountain whites knew nothing but their
own hills; but here, to everyone, high or low, it was enough that he was
Neil Durgan, however shabby his clothes and empty his pocket; and he
felt afresh the responsibility and self-confidence which an honorable
ancestry and personal sacrifice have power to give.

The interview with the magistrate was a short one. The trial of the two
negroes was put off because the mulatto had asked for ten days in which
to obtain money and advice from his friends in the North. A few days
before Durgan would have been enraged at the delay on Adam’s account;
now he was only too thankful. He took his resolution, and obtained leave
to visit both prisoners.

The prison was a square house, differing from others only in having bars
in the windows and standing nakedly to the street without fence or
garden. Outside and in it was dirty and slovenly. Adam’s cell was in
bright contrast, well furnished, clean and neat as its inmate. Adam’s
skin shone with soap; his shirt was spotless; he sat on a rocking-chair,
large-print Bible in hand; and when Durgan came he wept.

“There, there,” said Durgan, patting him. “Reckon you’d better cheer up.
The folks all speak well of you, you big nigger.”

The jailer stood in the doorway grinning with delight at the novel
juxtaposition of a good prisoner and a local hero.

“Oh, Adam,” went on Durgan, “you look like a man in a tract. I’m proud
of you, Adam. How’s this for a good Durgan nigger?” he asked, turning to
the hard-featured jailer.

The excellence of Adam’s behavior, which might have been art, had
evidently been accepted as artless; for the callous and indolent
authorities knew well enough the broad difference between good and bad
in the unsophisticated blacks.

“Adam–he does you credit, Mr. Durgan, sir,” said the jailer. “Reckon
Hilyard always had a good word for your pa’s niggers, sir. Adam–he’s
all right. General Durgan Blount said as how you said he was to have his
comforts.”

When Durgan stepped again into the dirty passage way, and recalled the
turnkey to open the mulatto’s cell, all the easy, brutal injustice of it
weighed upon his sense of honor; he felt ashamed for his country.
‘Dolphus, backed by no local influence, too weak to wash his cell, was
confined amid dirt and vermin. The crusted window-glass let in little
light. The wretch sat on the edge of a straw bed, almost his only
furniture, his silken hair long and matted, his smart clothes crushed,
his linen filthy. Durgan was shocked; in such case it was but evident
that his disease, already advanced, would make rapid progress. It was
with a new sensation of pity that he took the chair that the jailer
thrust in before he withdrew.

“Have you no money to get yourself comforts?” Durgan asked.

“Yes, sir. Miss–that lady, you know, sir–has given me as much as I
can spend on food and drink. I ain’t got much appetite, sir.” He seemed
entirely frank as to Miss Claxton’s kindness.

“I have come to see if I can do anything for you.”

“I thought, sir, you was only the friend of your own niggers like Adam.”

“Whom did your father belong to?”

“General Courthope, of Louisiana. No, sir, he isn’t dead; but my father
ran away when the ‘mancipation came, and left the ole Gen’ral, and
pulled up in New York; so the fam’ly might as well be dead for all
they’ll do for me.”

“Have you no folks?” 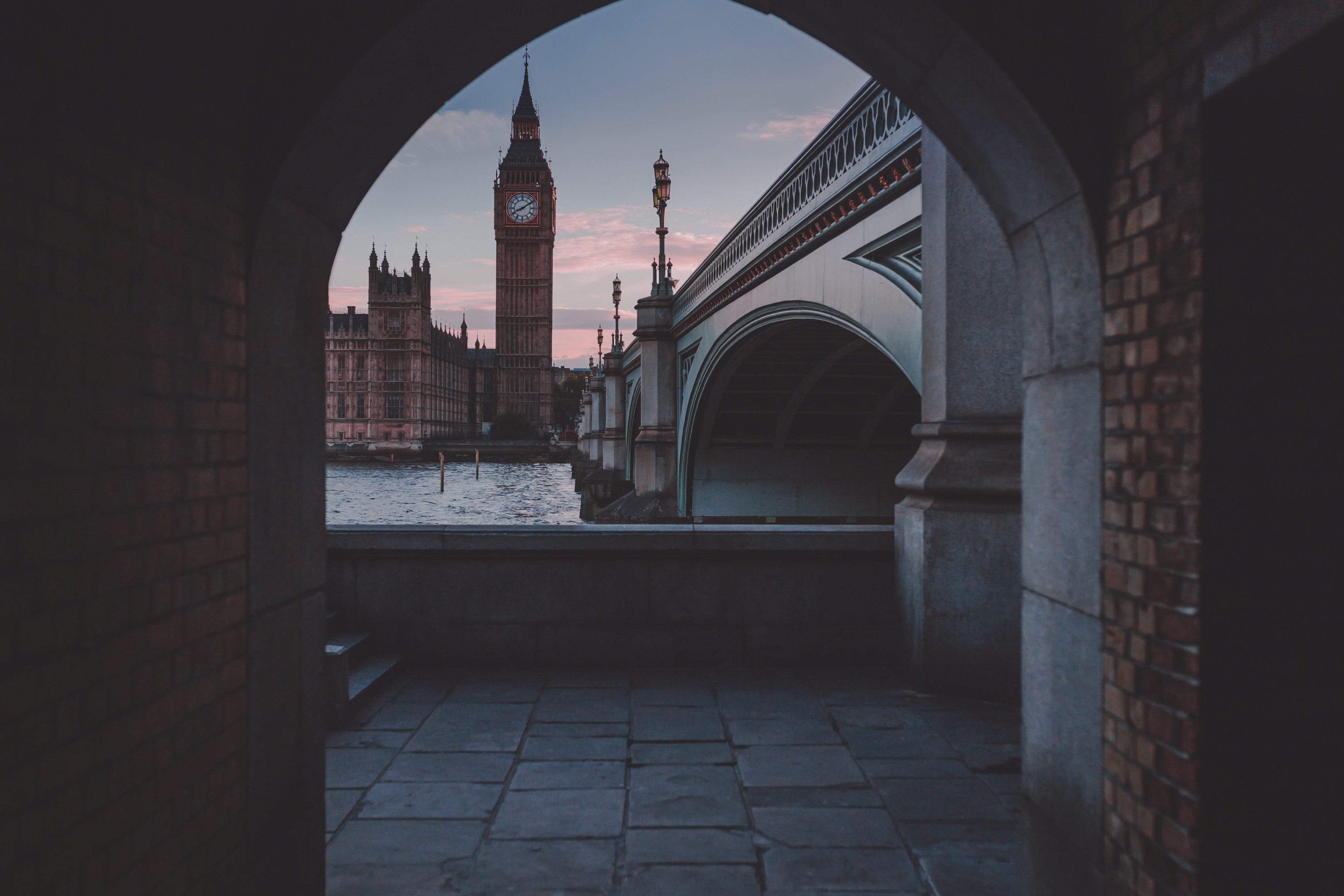 “Not now, sir. I got called for up North, for something I hadn’t done;
so I had to lie low, and lost any folks I had. But there’s one gen’leman
I’ve written to; he’ll play up to get me out of this.” A curious look
came over the face of the speaker. He chuckled.

Durgan felt puzzled at the look and the laugh. “Are you sure he got the
letter?”

‘Dolphus pulled a well-worn bit of paper out of his pocket. It was a
telegram dated only a few days before. He regarded it with an intense
expression which might have been hatred, and after gloating over it for
a few moments, he showed it to Durgan. It was dated, “Corner of Beard
and 84th Street.” It said only, “Received letter; you may depend on me.”
It was signed “B. D.” It had been handed in at a New York office two
days before.

“And if this friend should fail you?”

“He says, sir, that I can depend upon him; an’ I wrote to him that if he
didn’t come up to the scratch he could depend on me.” Another chuckle
ended this speech.

“Oh, I see; you have some threat to hold over his head.”

Durgan, looking at the lustrous eyes and clever, sickly face, became
exceedingly interested in the object of his contemplation. How strange
to sit thus face to face, with perhaps nothing between him and the
Claxton secret but this dying mulatto’s flimsy will, and yet go away
unsatisfied.

Almost in spite of himself, he bent forward and said, “You were in a
certain house when a murder was committed. I do not believe you guilty
or wish to harm you, but I believe you know who _is_ guilty.”

Durgan had no argument to meet this obvious lie. He could not quote his
authority. He was, however, more interested than angry, because the
prisoner was so evidently enjoying the momentous question raised, and
with lips parted, sat expectant, as if he did not intend his denial to
be believed.

“I only desire to see justice done,” said Durgan coldly.

‘Dolphus looked at him with eyes half-shut, and, to Durgan’s
astonishment, a sensation of fear found room in his consciousness. “Are
you sure of that, sir?”

“That you’d like to see justice done–all round, sir?”

“Justice–yes. And what else could I desire but justice?” Then he added,
hardly knowing why, “But unless you have evidence, no one will believe
anything you choose to say.”

‘Dolphus chuckled aloud. “I’ve got evidence all right enough, sir; an’ I
know where one witness is to be found–a truthful lady, sir, who is so
queer made that she’d die rather than hurt a gen’leman she cared for,
sir; but she’d sooner hurt him than swear what was false. I’m agoin’ to
clear her in spite of herself.”

“Do you wish to hurt this good lady by making her real name known here,
where she wishes it to be concealed?”

“Look you here, sir. You’re a mighty fine gen’leman; I’m a poor yaller
nigger; you wouldn’t trust me with a ten-cent bit. Well, sir, one of us
has got to give a good deal to save that lady. Which ‘ull it be, sir?”

Durgan received this astonishing challenge in amazement. He began to
believe the fellow was in terrible earnest under his mocking tone and
light manner. He was too proud to answer.

“Look here, sir; you can go an’ tell that pious little lady I won’t harm
her–not if I die for it; but I ain’t goin’ to die till I’ve done better
than that. I’m turnin’ ill now, sir. You’d better send for the man
outside to bring me something to drink. I’ll pay him, sir.”

He actually refused the greenbacks his visitor offered. Before Durgan
had summoned the turnkey, ‘Dolphus had curled himself up on the pallet
in all the appearance of a swoon.

Durgan went to the “hotel” where he had left his horse. It was a wooden
house with scanty furniture, all its many doors and windows open to the
street. Two old women sat in one doorway, ceaselessly rubbing their gums
with snuff–a local vice. Three rickety children were playing in the
barroom. The landlord was exercising his thoroughbred horses in the
yard. The horses were beautiful creatures, neither rickety nor vicious.

A valuable microscope and a case of surgical instruments stood on a
table, surrounded by the ash of cigars. They were the property of the
country doctor, a noted surgeon, who was satisfied to make his home in
this fantastic inn. The wife of the hotel-keeper, who always wore a blue
sun-bonnet whether in or out of the house, brought Durgan a glass of the
worst beer he had ever tasted, and delicious gingerbread hot from the
oven.

When Durgan had found the doctor and made sure that he would go at once
and better the mulatto’s condition, he set out on his homeward journey.
He had said to the medical man, “Whatever happens, you must not let the
fellow die till I come back.”