Then Anna, in distress, took the turtle and went to ask succour of
Donna Veronica Monteferrante. As the poor woman had already done
several services for the monastery, the Abbess, pitying her, gave her
work as a serving-nun.

Anna, though she had not taken the orders, dressed in the nun’s
costume: the black tunic, the throat-bands, the head-dress with
its ample white brims. She seemed to herself, in that habit, to be
sanctified. And at first, when the air flapped the brims around her
head with a noise as of wings, she shuddered with a sudden confusion in
her veins. Also when the brims struck by the sun reflected on her face
the colour of snow, she suddenly felt herself illuminated by a mystic
ray.

With the passing of time, her ecstasies became more frequent. The
grey-haired virgin was thrilled from time to time by angelic songs,
by distant echoes of organs, by rumours and voices not perceptible
to other ears. Luminous figures presented themselves to her in the
darkness, odours of Paradise carried her out of herself.

Thus a kind of sacred horror began to spread through the monastery
as if through the presence of some occult power, as if through the
imminence of some supernatural event. As a precaution the new convert
was released from every obligation pertaining to servile work. All of
her positions, all of her words, all of her glances were observed and
commented upon with superstition. And the legend of her sanctity began
to flower.

On the first of February in the year of Our Lord 1873, the voice of
the virgin Anna became singularly hoarse and deep. Later her power of
speech suddenly disappeared. This unexpected dumbness terrified the
minds of the nuns. And all, standing around the convert, considered
with mystic terror her ecstatic postures, the vague motions of her mute
mouth and the immobility of her eyes from which overflowed at intervals
inundations of tears. The lineaments of the sick woman, extenuated
by long fastings, had now assumed a purity almost of ivory, while the
entire outlines of her arteries now seemed to be visible, and projected
in such strong relief and palpitated so incessantly, that before that
open palpitation of blood a kind of dread seized the nuns, as if they
were viewing a body stripped of its skin.

When the month of Mary drew near, a loving diligence prompted
the Benedictines to the preparation of an oratory. They scattered
throughout the cloisteral garden, all flowering with roses and fruitful
with oranges, while they gathered the harvest of early May in order
to lay it at the foot of the altar. Anna having recovered her usual
state of calmness, descended likewise to help at the pious work. She
conveyed often with gestures the thoughts which her obstinate muteness
forbade her to express. All of the brides of Our Lord lingered in the
sun, walking among the fountains luxuriant with perfume. There was on
one side of the garden a door, and as in the souls of the virgins the
perfumes awoke suppressed thought, so the sun in penetrating beneath
the two arches revived in the plaster the residue of Byzantine gold.

The oratory was ready for the day of the first prayer. The ceremony
began after the Vespers. A sister mounted to the organ. Presently from
the keys the cry of the Passion penetrated everywhere, all foreheads
bowed, the censers gave out the fumes of jasmine and the flames of the
tapers palpitated among crowns of flowers. Then arose the canticles,
the litanies full of symbolic appellations and supplicating tenderness.
As the voices mounted with increasing strength, Anna, impelled by the
immense force of her fervour, screamed. Struck with wonder, she fell
supine, agitating her arms and trying to arise. The litanies stopped.
The sisters, several almost terrified, had remained an instant immobile
while others gave assistance to the sick woman. The miracle seemed to
them most unexpected, brilliant and supreme.

Then, little by little, stupor, uncertain murmurs and vacillation
were succeeded by a rejoicing without limit, a chorus of clamorous
exaltations and a mingled drowsiness as of inebriety. Anna, on her
knees, still absorbed in the rapture of the miracle, was not conscious
of what was happening around her. But when the canticles with greater
vehemence were begun again, she sang too. Her notes from the descending
waves of the chorus, at intervals emerged, since the devotees
diminished the force of their voices in order to hear that one which by
divine grace had been restored. And the Virgin became from time to time
the censer of gold from which they exhaled sweet balsam, she was the
lamp that by day and night lighted the sanctuary, the urn that enclosed
the manna from heaven, the flame that burned without consuming, the
stem of Jesse that bore the most beautiful of all flowers.

Afterwards the fame of the miracle spread from the monastery throughout
the entire country of Ortona and from the country to all adjoining
lands, growing as it travelled. And the monastery rose to great
respect. Donna Blandina Onofrii, the magnificent, presented to the
Madonna of the Oratorio a vest of brocaded silver and a rare necklace
of turquoise came from the island of Smyrna. The other Ortosian ladies
gave other minor gifts. The Archbishop of Orsagna made with pomp a
congratulatory visit, in which he exchanged words of eloquence with
Anna, who “from the purity of her life had been rendered worthy of
celestial gifts.”

In August of the year 1876 new prodigies arrived. The infirm woman,
when she approached vespers, fell in a state of cataleptic ecstasy;
from which she arose later almost with violence. On her feet, while
preserving always the same position, she began to talk, at first slowly
and then gradually accelerating, as if beneath the urgency of a mystic
inspiration. Her eloquence was but a tumultuous medley of words,
of phrases, of entire selections learned before, which now in her
unconsciousness reproduced themselves, growing fragmentary or combining
without sequence.

She repeated native dialectic expressions mingled with courtly forms,
and with the hyperboles of Biblical language as well as extraordinary
conjunctions of syllables and scarcely audible harmonies of songs. But
the profound trembling of her voice, the sudden changes of inflection,
the alternate ascending and descending of the tone, the spirituality
of the ecstatic figure, the mystery of the hour, all helped to make a
profound impression upon the onlookers.

These effects repeated themselves daily, with a periodic regularity. At
vespers in the oratorio they lit the lamps; the nuns made a kneeling
circle, and the sacred representation began. As the infirm woman
entered into the cataleptic ecstasies, vague preludes on the organ
lifted the souls of the worshippers to a higher sphere. The light of
the lamps was diffused on high, giving forth an uncertain flicker, and
a fading sweetness to the appearance of things. At a certain point the
organ was silent. The respiration of the infirm woman became deeper,
her arms were stretched so that in the emaciated wrists the tendons
vibrated like the strings of an instrument. Then suddenly, the sick
woman bounded to her feet, crossed her arms on her breast, while
resting in the position of the Caryatides of a Baptistery. Her voice
resounded in the silence, now sweetly, now lugubriously, now placid,
almost always incomprehensible.

At the beginning of the year 1877 these paroxysms diminished in
frequency, they occurred two or three times a week and then totally
disappeared, leaving the body of the woman in a miserable state of
weakness. Then several years passed, in which the poor idiot lived
in atrocious suffering, with her limbs rendered inert from muscular
spasms. She was no longer able to keep herself clean, she ate only
soft bread and a few herbs and wore around her neck and on her breast
a large quantity of little crosses, relics and other images. She spoke
stutteringly through lack of teeth and her hair fell out, her eyes were
already glazed like those of an old beast of burden about to die.

One time, in May, while she was suffering, deposited under the portal,
and the sisters were gathering the roses for Maria, there passed
before her the turtle which still dragged its pacific and innocent life
through the cloisteral garden. The old woman saw it move and little by
little recede. It awakened no recollection in her mind. The turtle lost
itself among the bunches of thyme.

But the sisters regarded her imbecility and the infirmity of the woman
as one of those supreme proofs of martyrdom to which the Lord calls the
elect in order to sanctify and glorify them later in Paradise and they
surrounded her with veneration and care.

In the summer of the year 1881, there appeared signs of approaching
death. Consumed and maimed, that miserable body no longer resembled a
human being. Slow deformations had corrupted the joints of the arms;
tumours, large as apples, protruded from her sides, on her shoulder and
on the back of her head.

The morning of the 10th day of September, about the eighth hour, a
trembling of the earth shook Ortona to its foundations. Many buildings
fell, the roofs and walls of others were injured, and still others were
bent and twisted. All of the good people of Ortona, with weeping, with
cries, with invocations, with great invoking of saints and madonnas,
came out of their doors and assembled on the plain of San Rocco,
fearing greater perils. The nuns, seized with panic, broke from the
cloister and ran into the streets, struggling and seeking safety. Four
of them bore Anna upon a table. And all drew toward the plain, in the
direction of the uninjured people.

As they arrived in sight of the people, spontaneous shouts arose,
since the presence of these religious souls seemed propitious. On all
sides lay the sick, the aged and infirm, children in swaddling clothes,
women stupid from fear. A beautiful morning sun shed lustre upon the
tumultuous waves of the sea and upon the vineyards; and along the lower
coast the sailors ran, seeking their wives, calling their children by
name, out of breath, and hoarse from climbing; and from Caldara there
began to arrive herds of sheep and oxen with their keepers, flocks of
turkey-cocks with their feminine guardians, and cart-houses, since all
feared solitude and men and beasts in the turmoil became comrades.

Anna, resting upon the ground, beneath an olive tree, perceiving death
to be near, was mourning with a weak murmur, because she did not wish
to die without the Sacrament, and the nuns around her administered
comfort to her, and the bystanders looked at her piously. Now, suddenly
among the people spread the news that from the Porta Caldara had issued
the image of the Apostle. Hope revived and hymns of thanksgiving
mounted to the sky. As from afar vibrated an unexpected flash, the
women knelt and tearfully with their hair dishevelled, began to walk
upon their knees, towards the flash, while intoning psalms. 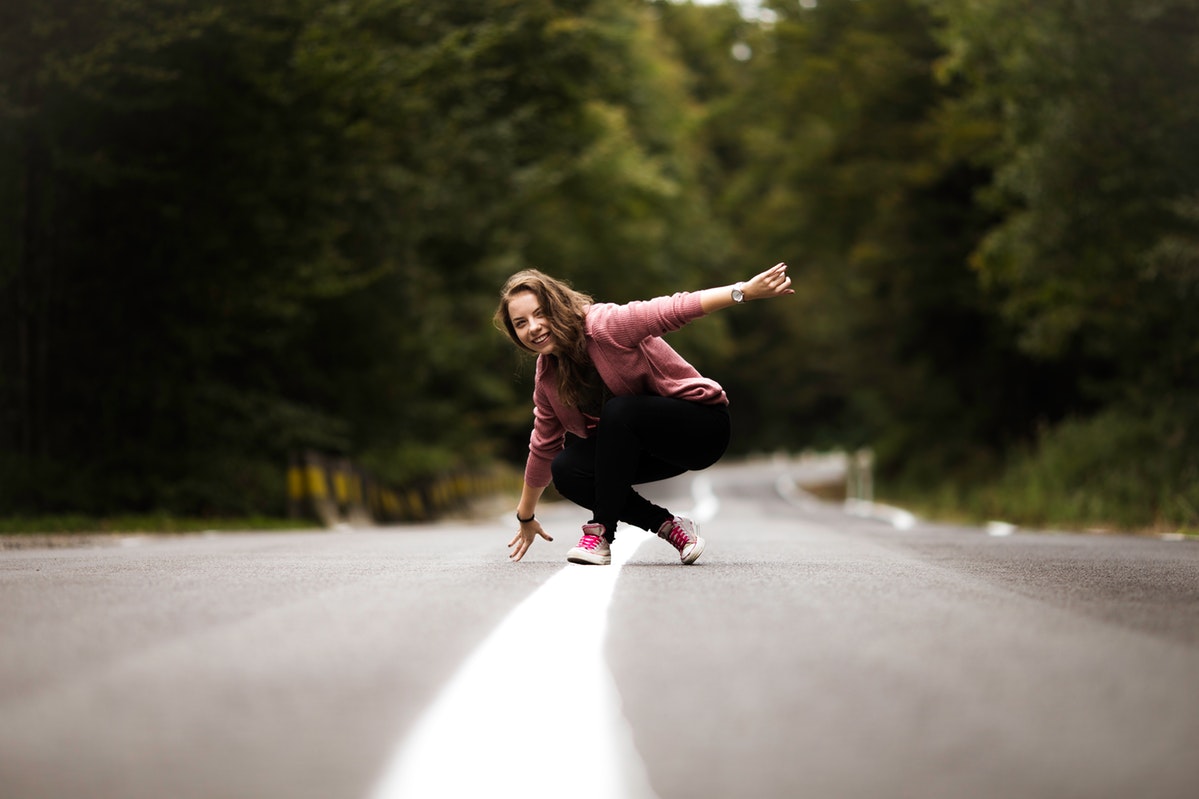 Anna became agonised. Sustained by two sisters, she heard the prayers,
heard the announcement, and perhaps under her last illusions, she saw
the Apostle approaching, for over her hollow face there passed a smile
of joy. Several bubbles of saliva appeared upon her lips, a violent
undulation of her body occurred, extended visibly to the extremities of
her body, while upon her eyes the eyelids fell, reddish as from thin
blood, and her head shrank into her shoulders. Thus the virgin Anna
finally expired.

When the flash appeared more closely to the adoring women, there shone
in the sun the form of a beast of burden carrying balanced upon its
back, according to the custom, an ornament of metal.