A congreve rocket incautiously touched by a match could not have given a
more surprising result.

Flinging the pipe from him with a yell, the Blind One sprang clear over
the circle, and stood for an instant panting and blowing at the sun.

He seemed blowing away things that were trying to enter his mouth; then,
the staff attached by a thong to his wrist flying about wildly, he began
to tear at himself all over his body and fling things away from him, as
though he were attacked by a hundred thousand scorpions; then as if
bitten by some more serious enemy, he seized his staff, and striking
about him wildly, began to run. Hither and thither, hitting right and
left, dashing against trees and seeming utterly regardless of them,
bleeding, torn, and all the time fighting his phantom pursuers he ran
till he vanished round the bend leading towards Nikko. The two Scotchmen
ran to the bend of the road, and there down the road they saw him still
running, and fighting as if for his life; striking above him as if at
things in the air, and around him as if at things leaping at him from
the ground. Suddenly he vanished round a further bend, and was lost to
view.

“I touched his heel, and I suppose he thought it was one of the
devils–mad fool!”

“‘Tis no madness,” said Mac. “If ever I saw a man chased by deevils I’ve
seen one now. ‘Twas that mark you made let them loose, or my name’s not
Tod M’Gourley. Did you no ken you were makin’ the sign of the cross in
yon damned circle of his? Hech, man! _Look there!_”

“My God!” said M’Gourley, “look you there, _there_! There’s a bairn
amongst the azaleas!”

“So there is!” said Leslie. “By Jove, a little Jap girl come out of the
wood.”

“Dom it, man,” roared M’Gourley, “she wasn’t there twarree seconds ago.
She’s come out of no wood; she’s been _fetched_.”

“Well, of all the superstitious idiots!” said Leslie, gazing from the
perspiring M’Gourley to the figure of the quaint and pretty little
Japanese girl who was busy amidst the azaleas plucking the blossoms.
“Why, it wouldn’t take her more than ‘twarree seconds’ to come out of
the wood. Anyhow, I’ll go and see if she’s real.”

“Man! man! hauld back!” cried the agonized M’Gourley as his partner
plunged amidst the bushes. “Ye’ll be had; she’s a bogle. Lord’s sake!
Lord’s sake! Well, gang your own gate, I’m off to Nikko.”

The bogle was plucking blossoms as hard as she could and in the profuse
manner of childhood. She and the azaleas made a sight for sore eyes.

She might have been seven or eight, dressed in a blue kimono with a
scarlet obi, hair black as ebony shavings, tightly drawn off the
forehead and held up with a tortoiseshell comb–the “germ of a woman.”

Her back was turned to Leslie, and as he got within arm’s length of the
quaint and delicious little figure he did just what you or I might have
done–bent down, seized her up, and kissed her.

The bogle dropped her flowers and gave a shriek, a most distinctly human
shriek.

“He’s kessed her!” cried M’Gourley, addressing the azaleas, the cypress
trees, and all Japan.

Then he stood in agony, held to the spot by the sight of Leslie and the
bogle making friends.

It didn’t seem to take long, for presently he returned through the
azaleas triumphant, carrying her in his arms.

“Here’s your bogle,” said he, placing her on the dusty road where, with
all the gravity of the Japanese child, she made a deep obeisance to
M’Gourley. That gentleman returned the compliment with a short, sharp
nod.

“I’m awa’ to Nikko,” said he in the hard, irritable voice of a person
who is desirous of avoiding an undesirable acquaintance, gazing at
Leslie and steadily ignoring the lady in blue who was now holding on to
Leslie’s right leg, contemplating M’Gourley, and sucking the tip of a
taper and tiny forefinger all at the same time. “I’m awa’ to Nikko. ‘Tis
no place for a mon like me. Never was I used to the company of fules–”

“Well, of all the old women I ever met,” said Leslie, addressing a
“thundering great camellia tree” that stood opposite, “this partner of
mine takes the bun!–don’t he, Popsums?” bending down and looking into
the small face, the left cheek of which was now resting against his
knee.

Popsums, in reply to the smile and interrogative tone in the question
she did not understand, smiled gravely back and murmured something that
sounded like “Hei.”

M’Gourley snorted, and Leslie broke out laughing; he had little of the
Japanese, but he knew that “Hei” meant “Yes.”

Just then a ripple of laughter came down the breeze, and round the
corner of the road, heading for Nikko, came at full trot seven rikshas
streaming out like a scarf of color; a dream of color–for each riksha
contained a lady most beautiful to behold under the splendor of her
umbrella.

They were a party of girls returning to Nikko after some sylvan freak,
and they drew up as if by common assent to admire the azaleas.

Leslie, removing his hat and lifting his treasure trove, held her up for
exhibition.

The girls laughed and spoke to her; had they been English girls she
would have been promptly handed round and kissed; and she, with becoming
gravity, replied gracefully in a few half-lisped words.

Then, leaving behind them on the air a cloud of dust, a perfume of
camellia oil, and a long drawn “Sayonara,” the bevy of beauties passed
in a gorgeous flight of mixed colors round the bend of the road and were
gone.

“Bother!” answered Leslie. “He’d come the same direction and passed
them. Do you think they’d have laughed and spoken to her if there was
anything wrong and they’re Japs, and ought to know. Come! buck up, man!
You’re not afraid to do what a girl has done?”

“A’weel!” said M’Gourley, half ashamed of himself; and dour as any
Procurator Fiscal, he set to the examination of the being who was now on
the ground again, her hand clasped in that of Leslie.

This was the result of the examination. Deponent lived with her father.
Where? She did not know.–Just beyond there somewhere. What was the
house like she lived in? It had a plum-tree growing before it. What did
her father do? He hammered things with a hammer. Had she any brothers
and sisters? No; but–sudden thought–she had a sugar-candy dragon, and
she had lost it. (Here deponent wept slightly and with reserve.)

Pause in the interrogations whilst a snub nose was wiped with Leslie’s
pocket handkerchief.

And a kite, but that was at home. She had gone that day with a little
boy–a neighbor–to hunt for the saccharine dragon, and they had lost
themselves, then they had lost each other, then _she_ had lost herself.
How was that possible? Well, she had gone to sleep. Where? In the wood.

Here the examinate went off into a tale about an impossible tom-cat with
wings, which she had once seen on an umbrella, and beheld once again in
the wood, but was suppressed by the court and asked to keep to facts.

Whilst asleep in the wood she was awakened, so she declared, by a sound
like the passage of a flight of storks, and, coming out of the wood,
fearful of meeting a dragon, she began to pick the pretty flowers; then
she was seized by the honorable gentleman, whose height was greater than
a poplar tree.

How old was she? Eight times the cherry blossom had blown since her
humble self had come into the world.

Then she volunteered the entirely unsolicited statement that it was
likely her little boy companion had been lost in the snow. But that was
impossible–well, it was a field of lilies then–and he had been most
possibly devoured by a dragon.

What did she propose about going home? Did she know the way, and could
she go alone?

Here she declared herself utterly at a loss. Her home was somewhere near
by, but where, she could not exactly say.

“Well, well!” said M’Gourley, when he had finished his examination. “It
seems to me that bogle or no bogle you’ve saddled yoursel’ wi’ a lost
child. Whaur’s your common sense now?”

“Just where it always was.–Question is–what are we to do? Can _you_
suggest anything?”

“Na, na! it’s not for me to say,” said the other, with that vile sense
of satisfaction a brither Scot feels when a brither Scot has made a
cubby of himself. Then, remembering the bond of partnership, “If I were
the party responsible, I’d just pop her back where I fund her first, and
rin.”

“Well, you _are_ a beast! Why, you benighted old mummy-stuffer, I
believe you’ve got a scarab in your bosom instead of a heart! I’ll take
her along to Nikko, and get the police to hunt out her home. Stay, we
haven’t asked her what’s her name.”

M’Gourley asked the question, and the Lost One declared her name to be
“Bell-flower.”

“Bell-flower!” said Leslie, who had a smattering of botany, “that’s a
campanula. We’ll call her–‘Campanula.'”

She also made declaration that she was quite satisfied to go with the
honorable gentleman, whose height exceeded the tallest of trees. Leslie
lifted her up and seated her upon his shoulder, and, as they started, he
turned and looked back at the loveliness of the perfumed azalea
valley–a sight that was yet to haunt him in the time to come.

“It’s my opeenion,” said M’Gourley, as they took the road, “that there
was something forming in yon wood, something dom bad, and you flung it
out of the forming eelement, and she was just suckid in.”

“The wraith of some dead bairn was wanderin’ aboot, and the forming
eelement seized it.”

“What forming element? Rubbish! That chap was a lunatic; well, when he
felt me touch him it set his lunacy off, that’s all. Why, I once went to
a big asylum in Scotland, and I saw a man cutting just the same capers,
fighting devils. He’s an opium taker, and the opium is out of his brain,
that’s all. Drink does the same thing–Hi! By Jove, look up there! He’s
at it still.”

Away up in the wild mountain gorge they saw a figure. It was the Blind
One still pursued, still running, and apparently fighting for his life.
If his actions were not the outcome of insanity they gave food to the
mind for the most terrible suppositions.

Streaming with blood from his mad dashes against the trees, he seemed
surrounded on all sides, hemmed in, fighting furiously like a man
surrounded by wolves. If a tree chanced to be near, an opening seemed to
be made for him by his tormentors towards it, and he would rush at it
and dash himself against it, falling back bleeding but fighting still,
screaming and all the time being steadily shepherded further and further
into the loneliness of the hills.

“Sirs! Sirs!” cried Mac, throwing up his hands as the horrible spectacle
vanished round a distant bend of the gorge. “This is no sight for a
Christian mon!” 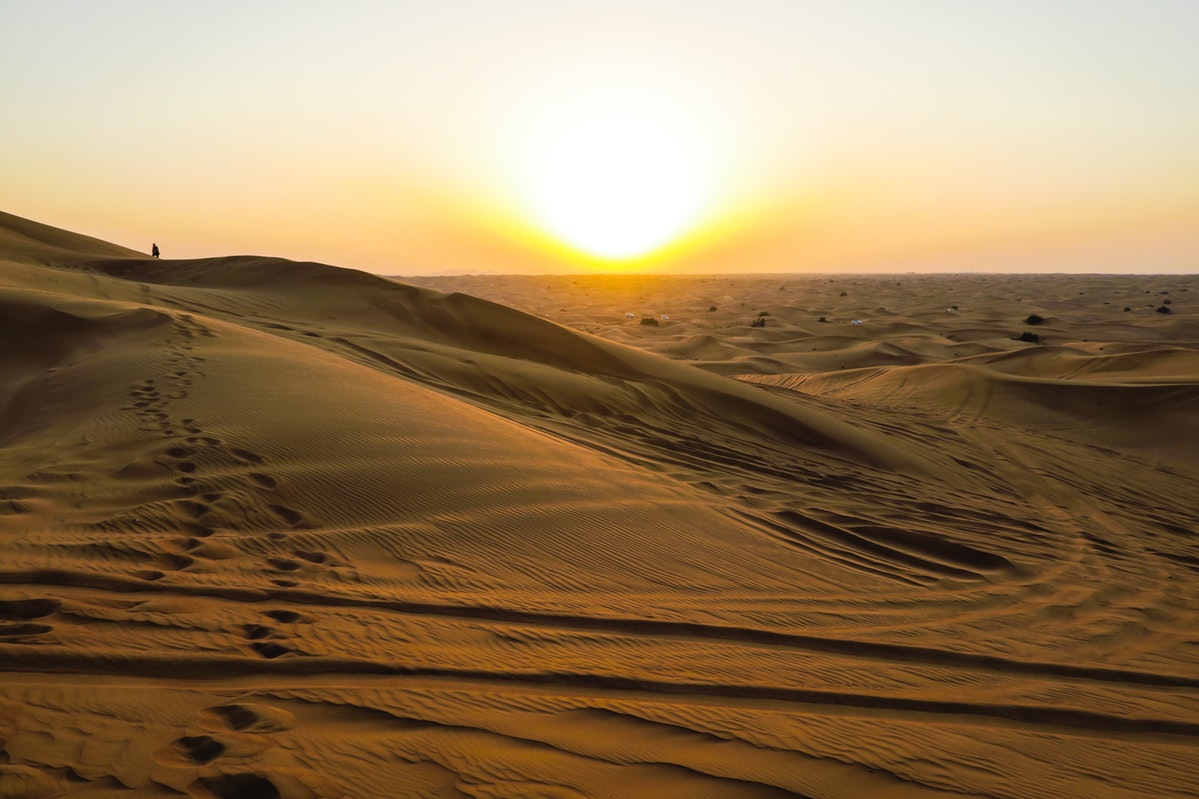 “It’s pretty rotten,” said Leslie who looked rather pale and sick.
“Fetch out that flask of yours, Mac. Thanks. Poor devil! would there be
any use following him?”

“Not for twanty thousand pounds would I follow him,” said Mac, gurgling
at the flask. “He’s in ither hands than ours.”

And, indeed, not for a very great sum would Leslie have gone up that
desolate gorge to see the finish of the tragedy.