The Amazon River Basin, which traverses eight countries in South America, is home to the world’s largest and most species-rich tropical rainforest, occupying half of the world’s rainforest area, and is known as the “lungs of the earth”. Here the ancient trees are towering, the vegetation is dense, and even the light is not easy to penetrate.
However, this has not always been the case here. Before the rise of tropical rain forests, it used to be an open space, where gymnosperms represented by ferns lived, and large herbivorous dinosaurs that fed on them.
One event that completely changed the landscape here was the asteroid impact that wiped out the dinosaurs.
66 million years ago, an asteroid struck what is now Mexico’s Yucatan Peninsula, not far from the Amazon region. Vegetation in the region didn’t recover until 6 million years after the impact, according to scientists’ analysis of fossilized plant pollen and leaves in the Amazon region. Vegetation changed dramatically before and after the impact, and after the impact, plant diversity fell by 45 percent, with angiosperms replacing gymnosperms.
There may be several reasons for this major change. First, the impact likely killed most of the large herbivorous dinosaurs. Before that, large dinosaurs often trampled and gnawed on angiosperms, preventing them from growing taller. Secondly, the volcanic ash falling after the impact is a nutrient-rich fertilizer for plants, which is more conducive to the rapid growth of angiosperms. Third, angiosperms were already ecologically more diverse before the impact, making them more likely to bounce back after the impact.
Today, the Amazon rainforest is under the threat of excessive deforestation. Understanding how this major event shaped the rainforest can help us understand the impact of human destruction on the vegetation in this area. 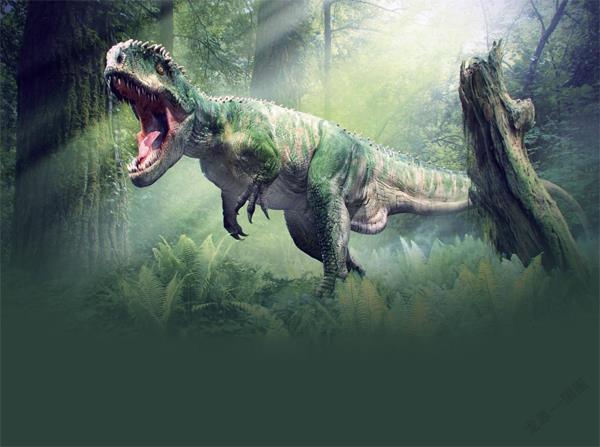 ”Look, this fish is winking at me!”
As we all know, fish have no eyelids and can’t blink, and puffer fish are the only bony fish that can close their eyes. This unique ability has been known to Japanese fishermen and cooks for a long time (because the Japanese love to eat fugu). But Japanese biologist Keisuke Ogimoto was taken aback when he witnessed the behavior of the puffer fish in the aquarium. Why this kind of fish blinks, no one has studied it before. So he decided to investigate.
Ogimoto and his colleagues gently sprayed warm seawater into the eyes of puffer fish, then filmed the fish’s eye responses and recorded eye movements using ultrasound.
They found that the closed eyes of puffer fish are different, their eyeballs can be stretched up and down. When they want to close their eyes, they “sink” the eyeballs, sinking deeply into the sockets, then fold the skin around the eyes together to cover the entire sockets. This process is like retracting the extended lens and putting the lens cap on when a focusable camera is not in use. The puffer fish can sink to a depth of up to 70% of the diameter of the eyeball, the largest sinkhole depth ever recorded in an animal. And other animals that can close their eyes close their eyes by directly closing the upper and lower eyelids, and do not need to do telescopic movements of the eyeballs.
Another animal that lives in tropical oceans — the manatee — also has this ability to close its eyes, but manatees are marine mammals, and their ability to close their eyes may have evolved independently.

Oxygen is indispensable for the survival of all advanced life on earth (including plants and animals). Today, oxygen makes up about 21 percent of Earth’s atmosphere. They mainly come from photosynthesis in plants.
However, recently Japanese scientists have simulated the evolution of the earth’s environment and predict that after 1 billion years, the oxygen content in the earth’s atmosphere will drop sharply to a level unsuitable for complex organisms to survive.
A key reason for this shift is that as the sun ages, it will become hotter and release more energy, and the high-energy ultraviolet and gamma rays of the sun will increase dramatically. Bombarded by these high-energy rays, carbon dioxide in the atmosphere is continuously decomposed and drastically reduced. We worry about too much carbon dioxide in the atmosphere today, but in a billion years, the concentration of carbon dioxide will drop so low that photosynthetic organisms (including plants) will not have enough carbon dioxide to make organic matter to survive.
In the end, the earth will become a planet rich in nitrogen and methane in the atmosphere, without higher organisms, only suitable for the survival of anaerobic microorganisms. In fact, about 4 billion years ago on the earth, anaerobic microorganisms were the first life to appear, and I did not expect that they would also be the last life on the earth.
This result suggests that even on planets like Earth in the habitable zone of a star, advanced life exists for less than a third of the planet’s lifespan. On the one hand, this reduces our expectations that we can find aliens. On the other hand, it also tells scientists looking for alien life that the absence of oxygen in the atmosphere of a planet does not mean that it is not habitable. At least anaerobic microorganisms may also be present.

View all posts by haitian