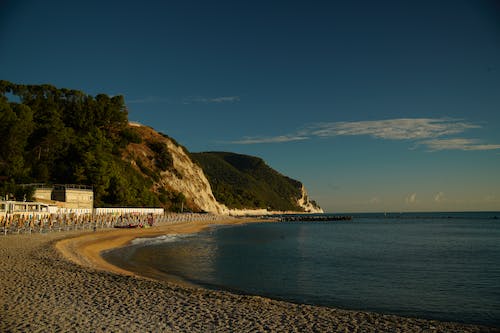 Taobao and Tmall slow down

In 2022, the unstoppable growth of e-commerce companies in the past has lost momentum, and they all ushered in their own historical lows. Ali, as a giant in China’s comprehensive e-commerce platform, is one of the representatives: in the first and second quarters of this year, Ali’s revenue growth rate They were 9% and -0.09%, hitting record lows in a row, and even failed to achieve quarterly revenue growth for the first time, and finally picked up in the third quarter. But there is little optimism behind this revenue curve.
Recently, Alibaba released its financial report for the second quarter of fiscal year 2023 (that is, the third quarter of 2022). During the reporting period, the company achieved revenue of 207.176 billion yuan, a year-on-year increase of only 3.2%, which was lower than the previous market expectation of 208.85 billion yuan; The net profit loss was 22.467 billion yuan, compared with a net profit of 3.377 billion yuan in the same period last year.
However, this part of the profit loss is mainly due to the sharp drop in the equity market prices of listed companies such as Didi and GoTo held by Ali. If this part of the impact is excluded, Ali’s net profit under non-GAAP in the third quarter of this year was 33.82 billion Yuan, a year-on-year increase of 19%.
However, the gloom and mist hanging over Ali’s head still persist, and it is more obvious in its core e-commerce business.
After Ali launched the “diversified governance” organizational strategy in 2021, all its businesses were divided into seven business segments: Chinese business, international business, local life services, Cainiao, cloud business, digital media and entertainment, and innovation and other businesses.
The Chinese commercial sector has always been the main contributor to Ali’s revenue. It consists of the Chinese retail business sector including Taobao, Tmall, Taote and Ali’s direct business, as well as the 1688 wholesale business. In the third quarter, China’s commercial sector achieved revenue of 135.431 billion yuan, a year-on-year decrease of 1%, still accounting for 68% of total revenue.
If you break it down a little bit, you can see that the main reason for the decline in the revenue of Ali’s segment is that its revenue from the customer management business (Taobao Tmall advertising and e-commerce commissions), which accounts for the largest proportion of revenue, is due to the sluggish demand for online consumption. , continued to decline.
In the third quarter of this year, the GMV (gross merchandise volume) of online physical goods on Taobao and Tmall recorded a 1% decline; while according to the National Bureau of Statistics, the national e-commerce sales of physical goods in the third quarter increased by 12.5% ​​year-on-year. %, which means that the core business of Ali’s e-commerce has “underperformed the market.”
With online consumption sluggish, customer management revenue, which is closely related to transactions, will naturally decrease accordingly. Although advertising revenue still maintains positive growth, the year-on-year decline in platform e-commerce commission revenue has been higher than the decline in Tmall payment GMV during the same period. Ali attributed this to the increase in the order return rate.
Soochow Securities analyst Zhang Liangwei mentioned in the research report that customer management revenue is a more important performance indicator than GMV to some extent. It not only represents the self-hematopoietic ability of the e-commerce platform, but also represents the basic e-commerce market. Competitiveness. Since the fourth quarter of last year, Ali’s business has experienced negative year-on-year revenue growth for two consecutive quarters. It finally turned positive in the second quarter of this year, and recorded another 7% year-on-year decline in the third quarter to 66.497 billion yuan.

Of course, dark clouds also have Phnom Penh. Although Ali will no longer achieve rapid growth as before, the speed of decline has slowed down. What’s more, from the perspective of partial business data, Ali’s way of saving money and reducing costs is quietly working.
According to financial report data, Ali’s total costs and expenses decreased by 2% compared with the same period last year, mainly in sales and marketing expenses. The total cost and expenses in the third quarter totaled 182.039 billion yuan, of which sales and marketing expenses decreased by 22.52% year-on-year to 22.359 billion yuan, and the proportion of revenue also decreased by 3 percentage points year-on-year.
The reduction in this part of the cost is mainly because businesses that require blood transfusions such as Ele.me, Taote, and Taocaicai no longer spend a lot of money to acquire customers, and further narrowed the loss range.
On the other hand, Ali is also quietly slimming down through layoffs, hiring freezes, and declines in stock-based compensation. As of the end of the third quarter, the total number of Alibaba employees was approximately 243,900, a decrease of 1,797 during the third quarter, and a total of 15,413 in the first three quarters of this year.
Of course, trying to control costs is not enough. The online e-commerce business has peaked, and the huge Alibaba urgently needs to find a new growth engine.
Since 2020, the accelerated migration of various industries to the cloud has given domestic Internet companies an unexpected opportunity. Ali, Tencent, and Huawei have put all their efforts to grow from the “cloud”. Judging from the financial report data in the third quarter of this year, the revenue contribution of the cloud business segment including Alibaba Cloud and Dingding is second only to the Chinese business sector. During the reporting period, the cloud business segment achieved revenue of 20.757 billion yuan, a year-on-year increase of 4%, accounting for 10% of the revenue for the same period.
But can the cloud business really become Ali’s second growth curve? In the rapidly advancing Chinese cloud market, Alibaba Cloud has fallen into a growth bottleneck.
From mid-2021, the development of Alibaba Cloud’s business began to slow down, and by the fourth quarter of 2021, the revenue growth rate of Alibaba Cloud’s business had dropped to 20%. Although in the 2022 fiscal year from April 2021 to March 2022, Alibaba cloud business achieved full-year profitability for the first time, but its growth rate was only 23%, which was significantly slower than the 50% growth rate in fiscal year 2021.
According to data from the third-party market research organization Canalys, in 2021, although Alibaba Cloud’s business will still rank first among domestic cloud service providers, its market share has dropped from 40.3% to 37%. In contrast, Huawei Cloud, which is fully charged, Tencent Cloud and Baidu Cloud, which have significant audio and video capabilities, have all gained market share. Can the Aliyun business, which only achieved single-digit growth in the third quarter of this year, be considered a “star”?

The cloud business is struggling slowly, and Cainiao and local life have high hopes again.
In the third quarter, the rookie business contributed 13.367 billion yuan in revenue, a year-on-year increase of 36%, and its proportion in revenue also increased by 2 percentage points year-on-year to 7%. However, Cainiao’s door-to-door delivery service has been stagnant; overseas business has not made any impressive progress.

In addition, the local life segment consisting of the four businesses of Ele.me, AutoNavi, Fliggy, and Taoxianda also achieved impressive revenue growth. In the third quarter, the revenue of the local life segment totaled 13.073 billion yuan, a year-on-year increase of 21% %, the overall order volume increased by 5% year-on-year, and the growth mainly occurred in Gaode map.
From 2019 to the present, after many internal changes, the local life business is now composed of two parts: “arriving home” and “arriving at the destination”. Traffic entry. Now it seems that AutoNavi not only needs to replace “Word of Mouth” to provide food, drink and entertainment information, but also pays attention to taxi-hailing, catering group buying and even real estate information services.
However, these two business segments, which are still in a state of loss, will be a convincing story for investors at this stage, and will they become Ali’s new pillars in the future?
Overseas market has become a “red sea”?

Judging from the overall financial report of the third quarter report, Ali’s most important thing is still the e-commerce business. However, the domestic e-commerce market has slowed down along with the total retail sales of the society, and the GMV growth of leading e-commerce platforms has stagnated or even declined since 2020. Therefore, going out to sea to find new growth points has been mentioned as a more important position.
”Social retail has been growing in low single digits since June 2021. On the contrary, cross-border e-commerce exports still have a 30% growth.” Zhang Liangwei believes that whether Chinese e-commerce platforms start from expanding GMV and seeking profit growth, Or to appease the capital market, we need to focus on the world.
Unlike upstarts such as Pinduoduo, Ali has been overseas for more than ten years. As early as 1999, when Alibaba was founded, Jack Ma and other founders aimed at export trade. The platform responsible for B2B foreign trade wholesale was born four years earlier than Taobao. Since 2010, Ali has successively expanded its overseas territory by launching the B2C cross-border e-commerce platform AliExpress and acquiring Southeast Asian local e-commerce companies such as Lazada and Daraz.
The consensus in the industry is that on domestic e-commerce platforms where the ceiling is gradually showing, future growth will basically come from overseas. This also explains why Ali’s overseas business will be raised to the same position as the domestic retail business – although the total scale of overseas retail business plus overseas wholesale business in fiscal year 2022 is only 61.1 billion yuan, contributing only 7% of the group’s revenue .
However, the overseas market is not all calm, but is also undergoing great changes, and the superposition of various factors increases the difficulty of the challenge. In the third quarter of this year, affected by the depreciation of the euro, rising logistics costs, tightening regulatory policies, and the lifting of the new crown control in Southeast Asia and the recovery of offline businesses, the revenue of Ali’s overseas retail business in the third quarter only increased by 3% year-on-year to 10.738 billion. , and the overall order volume fell by 3% year-on-year; the third-quarter revenue of the wholesale business (Alibaba.com) increased by 6% year-on-year to 5.009 billion yuan, mainly benefiting from the increased contribution of value-added service revenue.

Both Ali and Tencent have squeezed into the Southeast Asian market through shareholding. Source: Qichacha

In addition, the competitive pressure brought by Chinese e-commerce companies flocking overseas is emerging. For example, in Southeast Asia, where Chinese Internet companies are generally optimistic, in addition to Lazada under Ali, there is also Shopee, a local e-commerce platform invested by Tencent. JD.com has also initially opened up local e-commerce infrastructure, and TikTok is creating a new social e-commerce monetization path in Southeast Asia. …The traffic cost of attracting new customers will also increase accordingly.
Whether it is conservation or expansion, it is not easy for Ali. It can be seen that Ali is already trying to adapt to the new reality. In addition to continuing to control costs and expenses in the future, it still needs a certain amount of patience for new businesses such as cloud services and Cainiao. After all, a new round of competition has just begun, and the outcome is unpredictable. 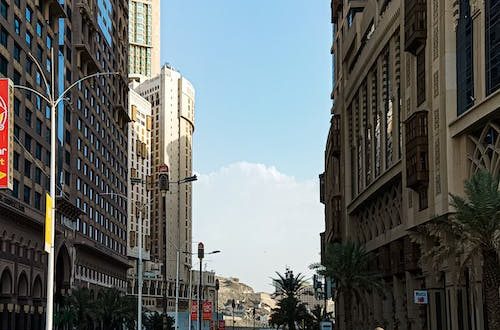 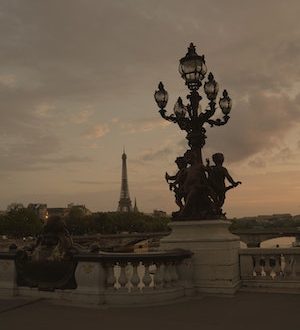 The mini refrigerator is actually a “distant relative” of the “nuclear power plant”? 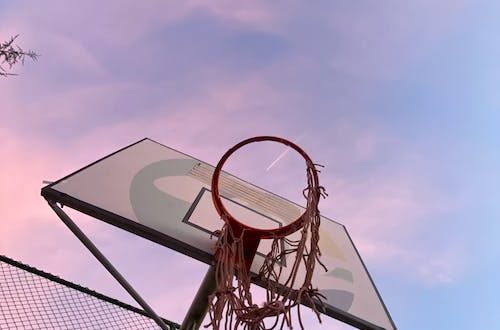 A new generation of robots that can perform multiple tasks