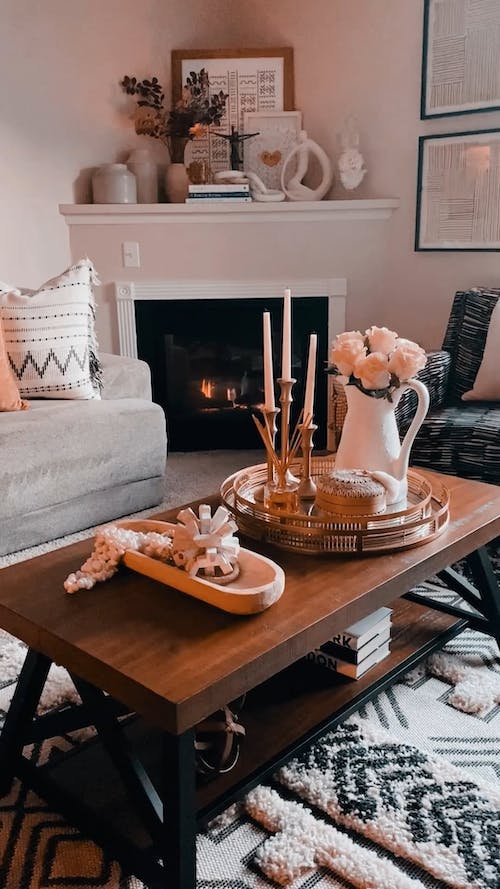 If you take any picture of the pendulum, you can’t judge the next swing direction at all, but if you give a picture of the limit position of the pendulum, it is easy to judge its future direction. Howard Marks’ “Cycle” is to analyze how the market goes from normal to the limit, and how to use the market limit to create excess returns and avoid huge risks.
It is said that Buffett does not pay attention to or despises the market, but through his operations, we can see that what he does not pay attention to is only the normal market, and he is very excited and keen in the extreme market. This is exactly the same as the cycle logic described by Howard Marks. As we all know, the world’s top investors are basically contrarian investment masters, and understanding the cyclical position of the market through cycle knowledge is one of the foundations for practicing contrarian investing.
At present, the global market is dropping sharply, and the Shanghai Stock Exchange has dropped to 3,000 points again. At this time, it is more meaningful to read “Cycle”.
Go less in the middle and go more “extreme”

Talking about the cycle, many people associate it with the big macro economy. And Howard Marks’ “Cycles” is very specific, the economic cycle is only one of the eight specific cycles in the book. Howard Marks mentioned in the book: The basic reason for the existence of cycles in the world is human participation.
Indeed, human behavior is not as stable as natural and physical factors, but changes over time and environment, and emotions can swing excessively, so corporate, financial and market cycles tend to go too far in the up and down phases. Therefore, the cycle studies market behavior, and a deep understanding of emotions and the excessive behavior caused by emotions is the key to understanding the cycle. And because extreme tendencies will eventually be revised, downward revisions breed huge risks, and upward revisions breed huge opportunities.
And the changes in the cycle are also confirming those investment adages, “The market always fluctuates back and forth between greed and fear”, “In the end, the tree does not grow to the sky, and very few things come to nothing”, “History does not Details will be repeated, but the process will repeat similarly.” Understanding the cycle allows investors to calmly deal with fluctuations. With the help of cycle theory, they can practice “fear in greed and greed in fear” when the extreme market conditions are corrected.
Value investing is the foundation of the research cycle

Cycles and value investing are closely linked. Personally, I think that learning cycle, first of all, you have to be a value investor. Howard Marks himself is a deep value investor. He admires Buffett’s investment philosophy, and his performance is close to Buffett. Buffett also attaches great importance to reading Howard Marks’ investment memorandum. They are all deeply influenced by Graham’s investment philosophy, and believe that investing is “five cents to buy a dollar thing”.
Howard Marks believes that investors must study major courses such as financial accounting and securities analysis to do fundamental analysis of enterprises. In his other book, “The Most Important Thing in Investing,” he also emphasized that “the most important investment is not price-based but value-based.”
But if the market only calculates the value of a company based on fundamentals, the stock price will It will be basically the same as the company’s current and future earnings fluctuations, and the fluctuations will not be too large. But the actual stock price volatility is far greater than the company’s earnings volatility. Behind this is that changes in investor sentiment exaggerate changes in fundamentals. From this point of view, the cycle is to solve the investor’s ability to understand the market, and the financial facts and data are only the starting point of market behavior.
Schedule Market Evaluation Guide

In the book “Investment is not easy”, Feng Liu, a well-known domestic investor, also mentioned that the methods of market understanding and value understanding are the same. Value investors should put the feedback source on the enterprise side, and give feedback from the perspective of the enterprise owner. The income is determined by the long-term development of the enterprise and the reasonable return of capital. The market is a derivative based on value, and it is the mapping of value through human nature. The market is determined by value, but it is more complicated than value.
In Feng Liu’s view, the known state of the market is the spread of dimensions to both ends, entering the abnormal structural interval, and forming a clear phased market. He believes that Graham’s margin of safety is the concept of limit rather than the concept of underestimation. “There is nothing more limit than liquidation, and the limit is often simple and identifiable.”
Feng Liu’s “cognitive ability of the market” and the cycle of Howard Marks can be understood as the same meaning. As a value investor, you can better take advantage of the market and take action when the market is at an extreme, what Munger calls a “mispriced gamble.”
How to evaluate the market

How to evaluate the market to determine the limit area of ​​the market is written in detail in “Cycle”. Personally, I find Howard Marks’ market assessment guide (see attached table) to be useful. This table is taken from Howard Marks’ 2006 investment memo, “As It Was,” and was included in both “The Cycle” and “The Most Important Thing About Investing.” Even Howard Marks himself said, “I can’t think of a reason not to include it in the book, and I can’t find a better alternative.”
According to this guide, investors can choose the characteristics of each group, tick the most suitable Words that can describe both ends of the current market can sense the temperature of the market. If the tick column is mostly on the left, then quickly cover your wallet; if the tick column is mostly on the right, you can consider buying.
Returning to the current market, the global stock market has fallen sharply, and the Shanghai Stock Exchange has once again fallen to the 3,000-point line. We will find that the tick column of the evaluation guide is mostly on the right. And various indicators such as valuation, trading volume, net break rate, and break rate can also assist in verifying that the probability of being in the bottom area is high.
So, it is still possible for the market to continue to fall when it reaches the bottom area. Should I buy it now, or should I wait until the price has been confirmed to have fallen to the bottom before selling? We often hear people say, “Don’t catch the falling knife.”
In this regard, Howard Marks believes that when the market declines, those who are unwilling to “catch the flying knife” hide to the side, and no one will compete with you to buy, Buy as much as you want to get the most. Once the market reaches the bottom, there are no sellers selling, and the market will rebound after the decline stops, which is a buyer-led market.
In fact, doing contrarian investing in the extreme areas of the cycle, whether buying or selling, is extremely uncomfortable for most people.
Can I ignore the cycle

Cycles are important in the market, and “Can you ignore cycles” is not discussed in “Cycles” by Howard Marks. But in “Richer, Smarter, Happier,” author William Green writes that Howard Marks himself firmly considered himself an “ignorant.” The market is so complicated that it is impossible for him to predict the future even if he understands the laws of the cycle. Howard Marks also gave up the idea of ​​timing the market because it was impossible to repeatedly predict the timing of entering and exiting the market.
In an early memo from Howard Marks, he pointed out that the average annual return on stocks from 1926 to 1987 was 9.44%, but if you went to cash and missed the top 50 of the 744 months, you missed out all earnings. This revealed to him that trying to seize market opportunities is a major source of risk rather than a measure to prevent it.

Several studies in recent years have highlighted the same risks. For example, a report from Calamos Investments shows that the average annual return of the S&P 500 between 1998 and 2017 was 7.2%. If you remove the 20 days with the highest returns over the 20 years, the average annual return drops to 1.1%.
In the book “Civilization, Modernization, Value Investing and China”, the author also listed the return performance of 210 major asset classes from 1801 to 2011. Although there were the 1929 recession in 1929, World War I, World War II and other major events that had far-reaching political and economic impacts, stocks still appreciated 1 million times (see the chart below), much higher than bonds, gold and cash.
The chart shows the return performance of major asset classes in the United States from 1801 to 2011

In fact, many more specific examples can also be found in A shares. Although investors have lingering fears every time they look back at the stock market crash in 2008 and 2015, the stock price of Moutai in Kweichow rose 360.25 times from its listing in 2001 to this Wednesday (October 13, 2022, the same below), and Yili shares went public from 1996 to the present. It also rose 307 times on Wednesday.
From this point of view, long-term holding of high-quality companies can completely ignore cyclical fluctuations. Although the above chart lists stocks as a major asset class as a whole, in the past 200 years, the U.S. economy has been upward, and it can be called a high-quality asset.
So when do you need to pay more attention to cycles, and when can you ignore them? Personally, I think it needs to be considered from two perspectives. First, if you have long-term unused cash for investment, you must consider the cycle. Contrarian investment in extreme markets brought about by cycles can bring a huge margin of safety to investment. Second, during the holding period after purchase, if the assets are of sufficient quality and can continue to create value, long-term stock holdings can be carried out with the attitude of business owners to smooth out cyclical fluctuations. The second way is relatively simple, because it is difficult to use the market and is often interrupted by noise. Even without the help of the market, it can still achieve good results in the long run.
While top investors like Buffett, Munger, and Howard Marks can combine value and cycle well, most people can’t. Buffett said that in investing, you don’t need to “swing the bat” every time, and you need to be patient most of the time. In the view of Howard Marks, generally a major cycle can be waited for about 10 years. During the waiting time, investors can fully study the investment target or learn cycle knowledge.
In addition, cyclical research is more sensitive to major asset classes. Howard Marks’ success is largely due to investing in junk bonds. Such opportunities all appear at the extremes of the market cycle. Buying targets are all “good companies, bad finance”, and bond assets are sold at a discount, and the price is seriously below the value. Sell ​​after the value returns. In “Cycle”, Howard Marks emphasized that “the most important thing is not to buy well, but to buy well”, and I personally think it is very suitable for junk bond investment.
And according to Munger, “buying the stocks of excellent companies at reasonable prices is far better than buying mediocre companies at low prices”, then investing in the stock market is, “not only to buy good, but also to buy good.” 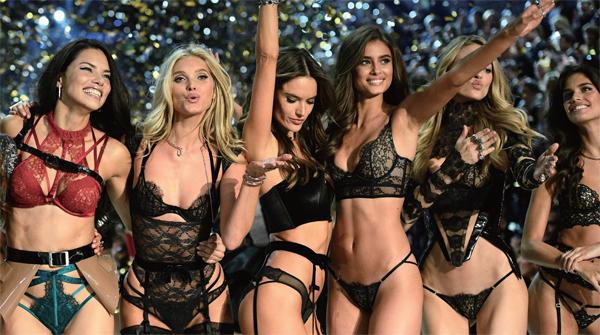 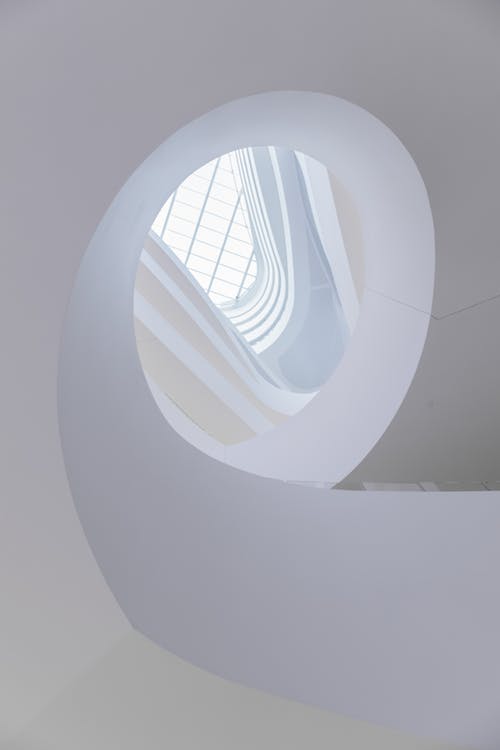 The fastest underwater artifact in the world 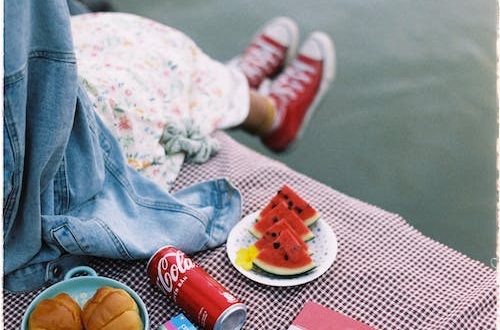