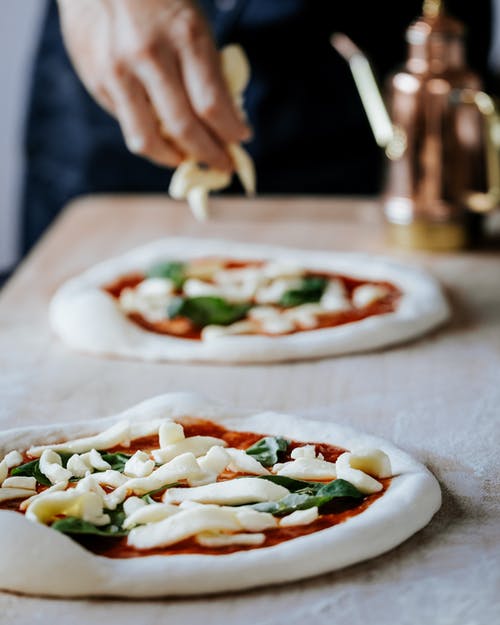 From June 5 to 17, the North Atlantic Treaty Organization (NATO) launched its 51st annual “Operation Baltic” military exercise. Not only will 14 NATO member states join in this military exercise, but also Sweden and Finland, two non-member states that have applied to join NATO, will participate for the first time. Previously, on May 18, Sweden and Finland formally submitted applications to NATO for membership. According to the regulations, NATO must “unanimously agree” to recruit new members. However, although U.S. Secretary of State Blinken clearly stated that the United States “full support” for the two countries to join NATO, Turkey, a member of NATO, has repeatedly stated publicly that Sweden and Finland support the PKK, which Turkey considers a terrorist organization. Labour Party), so Turkey is firmly opposed to the two countries joining NATO.
In order to quickly start the process of joining the treaty, Sweden and Finland took the initiative to negotiate with Turkey. However, judging from the current overall progress, Turkey’s requirements for Sweden and Finland are “continuously increasing”. According to local media reports, Turkey’s demands include: clarifying the position of the PKK and its related organizations as terrorist organizations; stopping the false propaganda and lobbying in Finland and Sweden by the fugitives of the “Gulen Movement” that are being wanted; jointly establishing with Turkey Mechanisms to fight terrorist groups; cut off bank accounts and flow of funds from which terrorist groups raise funds; prevent activities or fundraising by so-called “NGOs” against Turkey, etc.
Resolving “old diplomatic grievances”

The eagerness of Sweden and Finland to join NATO and obtain a “collective security guarantee” may give Turkey an opportunity to resolve some “old diplomatic grievances” with the United States and Western countries.
First, it took the opportunity to prompt Sweden and Finland to change their previous positions on the PKK issue, isolate Kurdish separatism, and safeguard Turkey’s national interests. Founded in 1979, the PKK has been seeking to establish an independent state through force in the Kurdish-inhabited areas at the junction of Turkey with Iraq, Iran and Syria for many years. Conduct “cross-border strikes”. However, Turkey’s measures to curb Kurdish separatism aroused dissatisfaction among some European countries. They regarded it as a “human rights issue” and then criticized the Turkish government, especially Switzerland and Finland.
Second, try to take the opportunity to break arms sales restrictions to Turkey from countries such as Sweden, Finland, and the United States. In 2017, Turkey’s active procurement of the Russian-made S-400 air defense missile system, and in October 2019, Turkey sent troops to northern Syria to encircle and suppress the Kurdish Democratic Union Party, the “anti-terrorism partner” of the United States and the West, made the United States and Western countries generally dissatisfied. Led by Nordic countries such as Sweden, Finland and Norway, most Western countries have begun to restrict arms sales to Turkey. For example, the United States suspended 100 F35 fighter jets and subsequent supply contracts and project partnerships to Turkey, and Germany restricted the export of its “Leopard 2” main battle tanks and spare parts to Turkey.
Thirdly, in the name of cooperative anti-terrorism, Turkey hopes that Sweden, Finland and even the United States will crack down on its political opponent, the “Gulen Movement”, and use it as a starting point to resist the “value diplomacy” of the United States and change the passive situation of Turkey’s diplomacy. In July 2016, an attempted coup d’etat took place in Turkey. Erdogan’s government accused the educator Gulen and his supporters, who took refuge in the United States, as being behind the scenes, and listed his political and organizational system, the Gulen Movement, as a terrorist organization. Erdogan also repeatedly asked the United States to extradite Gulen to Turkey for trial, which once led to the deterioration of Turkey-US relations.
After US President Joe Biden came to power, he attached great importance to the implementation of “values ​​diplomacy”, which increased pressure on Turkey. In particular, in April 2021, the Biden administration’s position of defining the massacre of Armenians by the Ottoman Empire in the early 20th century as “genocide” and its sanctions on Turkey have caused the relationship between the two countries to drift further apart. This time Turkey intends to take this opportunity to “bargain” with the United States, the “head of the family” of NATO, on the above-mentioned issues.
Finally, seek more bargaining chips for Turkey to join the EU. Turkey has applied to join the European Union since the 1980s, but has so far failed. In March 2019, the European Parliament even voted to disqualify Turkey from joining the Union. In order to be accepted by the EU, Turkey has repeatedly used the interests and concerns of European countries to negotiate with relevant countries. For example, in the fight against terrorist organizations in the Middle East and the response to the refugee crisis in Europe, Erdogan called on European countries to consider allowing Turkey to join the European Union. This time, Turkey has used its “one-vote veto” to gain additional bargaining chips with the EU. Even if it is still difficult for Turkey to join the EU in the short term, it can at least force EU countries to make concessions within certain limits.
Not happy to see NATO expansion?

In addition to taking the opportunity to resolve “old diplomatic grievances”, Turkey’s opposition to Switzerland and Finland joining NATO may also have external considerations.
First, Turkey is worried that it will be further “excluded” after the expansion of NATO. After the end of the Cold War, NATO has experienced five eastward expansions, but the members are basically Western allies and Christian countries. Dilution, the greater the pressure on values. The increasing overlap between NATO membership and EU membership thus further exacerbates Turkey’s “alien nature” and sense of loneliness.
Second, there is concern that the “easy release of water” will harm the relationship between Turkey and Russia. Although Turkey maintains friendly relations with Russia and Ukraine, and Turkey has been actively mediating in the Russia-Ukraine conflict, Turkey has also avoided condemning Russia with the United States and Western countries. The application of Switzerland and Finland to join NATO is closely related to Russia’s strategic security interests. If Turkey releases water easily, it may lead to troubles in Turkey-Russia relations. As a major tourist country, Turkey is very dependent on Russia’s huge tourist population; as a natural gas-scarce country, Turkey also needs to buy Russian natural gas. In addition, Turkey and Russia have greater common interests in the Middle East and counter-terrorism issues.
Finally, Turkey is worried that after Switzerland and Finland join NATO, it will exacerbate Russia’s strategic security dilemma and trigger a direct conflict with NATO. According to the collective defense treaty in the NATO charter, once a NATO member is involved in a war, Turkey is obliged to send troops to participate in collective defense. However, this may lead to armed friction between Turkey and Russia.
not necessarily stick to the end

However, judging from the current positions of all parties, Turkey is likely to withdraw its opposition to Switzerland and Finland joining NATO after negotiating with all parties.
One is that Erdogan and his government have always pursued pragmatic diplomacy, the purpose of which is to serve the interests of Turkey in a specific period. Looking back on Turkey’s diplomacy over the years, whether it is toward the United States or Russia, Turkey has shown an attitude of “strengthening first and then softening” at different points of friction. Second, Turkey’s demands on Switzerland, Finland and other countries are less relevant to the core interests of these countries. Therefore, in order to appease Turkey, these countries are more likely to adjust their strategies to meet most of Turkey’s demands. The third is that the Biden administration advocates the expansion of NATO and strongly supports the joining of Switzerland and Finland. Therefore, Turkey has to consider the consequences of confronting the United States to the end. In addition, on the issue of arms sales to Turkey, despite the great resistance of the U.S. Congress, the Biden administration has taken a supportive position. Therefore, there is no need for Turkey to insist on”fighting” with the Biden administration. In addition, Finland, which has a 1,300-kilometer border with Russia and has formed a special relationship with Russia through a “Finnishization” model, in order to appease Russia to a certain extent and reduce the difficulty of joining NATO, it has offered to not accept NATO troops and establish NATO military bases after joining NATO. Wait for concessions. This also provides the possibility for the situation to turn around.
In short, Switzerland and Finland join NATO because of the will of most NATO members led by the United States, and it is difficult for individual members to truly “veto” and isolate themselves. Therefore, it may only be a matter of time before the two countries officially become NATO members. 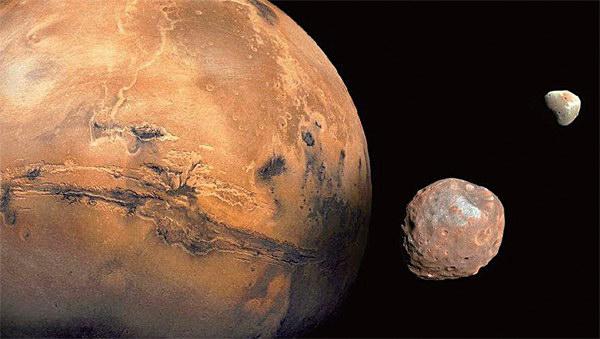 The Moon in the Solar System 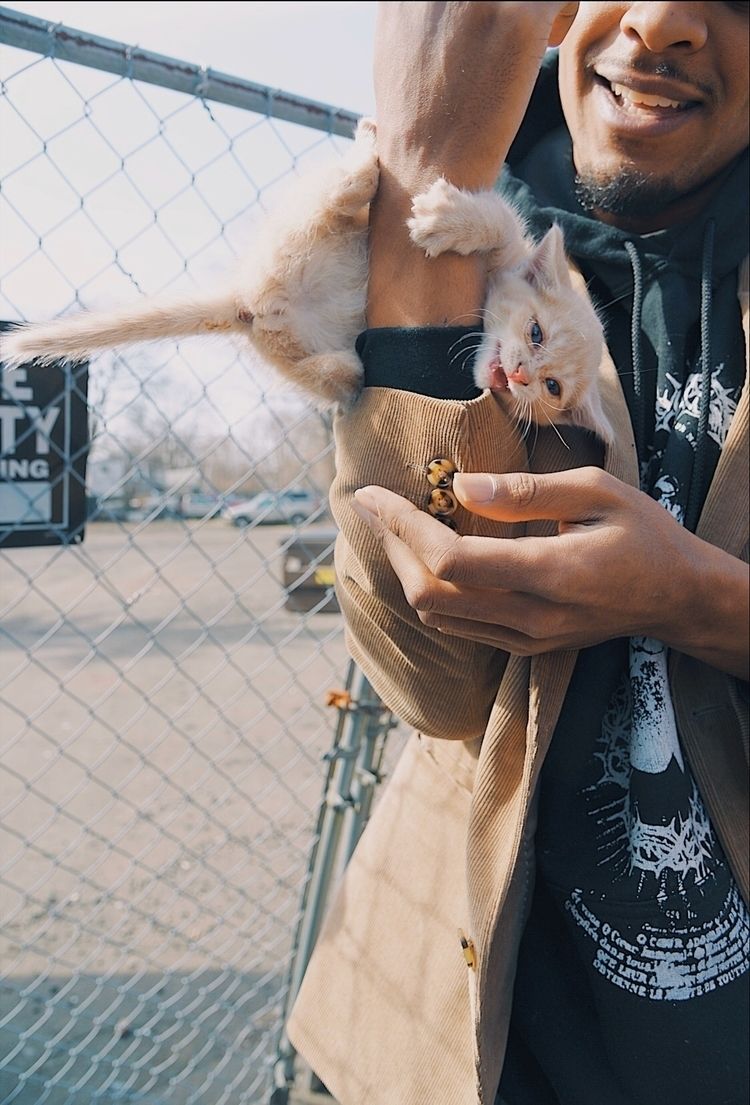 There is a way to call home