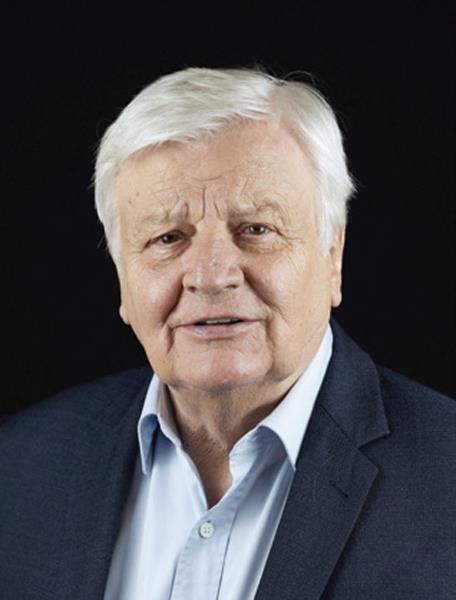 The French filmmaker Jacques Behan is a lonely one. His parents worked in theaters, so he started cameo roles at the age of six, acted in films at the age of 19, and won the best actor at the Venice Film Festival at the age of 25. On such a growth trajectory, he is likely to become the most famous actor, and unexpectedly, he has decided to retire from the spotlight.
Since then, although Jacques Behan also left as the starring works such as “Paradise Cinema” (1988), the Oscar’s best foreign language film, the Cannes Film Festival Jury Prize-level works, but his most important role is obviously not others. , but yourself. Jacques Behan first became a filmmaker, and in the 1990s turned his attention to birds, animals, insects and fish. In 1996, he served as the producer of “Microscopic World”, using a microscopic camera to record the insect world in the forest and among the grass. In 1999, he recounted the changes of the Himalayas from the perspective of the indigenous caravans of the Nepalese plateau. In 2001, he collaborated with another French director, Jacques Crouaud, and left behind the phenomenal documentary “Migrating Birds”, which is still well-known to this day.
”The migrating bird is a story of commitment.” This is both a description of the flock’s philosophy of survival and an overview of Jacques Behan’s filming process. The shooting took four years and involved more than 50 countries and regions in the world. The difficulty lies not only in capturing the shots of the flight and life of the birds, but also in abandoning the human perspective, language and thinking system, and entering a direct relationship with nature and harmony. The peace and detachment of the dialogue of life. “I always wonder, what can we learn from them.” In Jacques Behan’s view, humans are always more accustomed to speaking rather than doing, but birds are always flying. “Their perseverance, courage and dedication to life, even higher than our human beings, is our arrogance to lose the opportunity to see all this.”
Jacques Behan’s humility and affection, did not follow this film. The completion of the documentary fades away. Instead, he expanded his field of exploration from specific migratory birds to the wider ocean and the changing seasons of the earth. Competition and cooperation in natural ecology, human dependence on and plundering of the environment, these topics are not avoided by Jacques Behan. As a naturalist, the camera is more like a medium of communication for Jacques Behan, what he wants to express is a simpler equality and respect.
”For 10,000 years, animals have been of equal importance, but at some point, man began to yearn for conquest. Man wanted to be stronger than trees, stronger than plants. This is unjust. Man won, but what did he win? Disaster has been won.” In 2017, Jacques Behan said when he attended a seminar at the Documentary Center of Beijing Normal University. He admits and respects the presence of other beings, he denies possession, he treats animals and plants as friends with intelligence and warmth, he says that movies should be open to life, and he says that when he is among other creatures, he will suddenly have infinite moved, but he also had to admit that he was still from a human point of view, and he felt powerless because “we have always been attached to human beings involuntarily”.
In recent years, Jacques Behan, who is more than old, has reduced his workload. On April 21, French local time, he died in Paris at the age of 80. He will no longer have new works, but from now on he will no longer have to be bound by “people”. He no longer has an identity and no boundaries. He will live in the memory of the audience, and he will live in the freedom he longs for “farther than the horizon”.