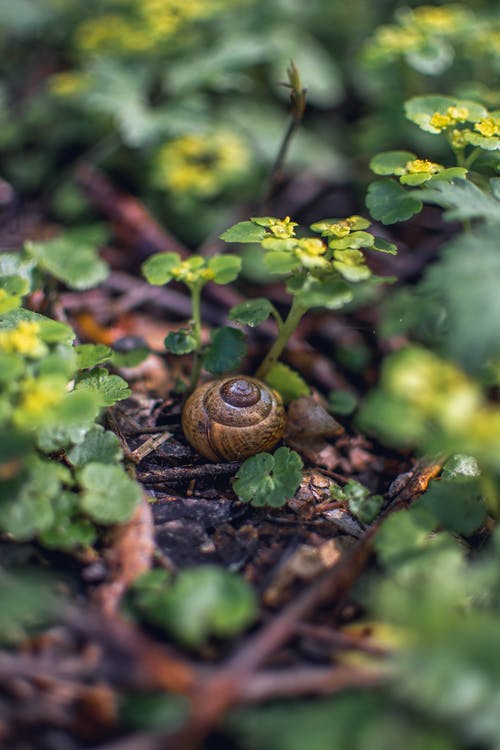 In this seemingly barren universe, our Earth can be considered a signpost. By various coincidences, life was born on Earth and even developed advanced civilizations. We have proved by our own example that life is possible.
With this in mind, all our efforts in the search for extraterrestrial life have been focused on discovering a “replica” of Earth – a planet similar to Earth in every way. But, frustratingly, such planets are few and far between. Of the thousands of exoplanets discovered so far, most are located either too close (too hot) or too far (too cold) from their parent stars. Other planets, either orbiting two stars, orbiting dead stars, or wandering the universe alone, with no star at all to provide it with light and heat. On these types of planets, life was thought to be impossible.
But recent research suggests that these weird planets may be able to sustain life as well. Now let’s break the stereotypes and go to those places.
Planets too close to their stars

Planets with very different conditions from Earth could still be a refuge for life. The evidence is not far away. Leaving Earth and traveling toward the Sun, past the orbits where Venus and Mercury are located, has traditionally been thought to become increasingly unlikely as temperatures soar along the way, making the existence of liquid water and life more and more unlikely.
Venus today is, indeed, a hellishly hot world, where temperatures exceed 400 degrees Celsius. However, data collected by NASA’s Pioneer Venus program in the 1970s suggest that liquid water may have existed on Venus for a significant period of time in the past.
How to reconcile the history of “liquid water on Venus” with the fact that “Venus is too close to the Sun”?
The answer may lie in the slow rotation of Venus. A “day” on Venus is equivalent to 243 Earth days. According to climate models, the slow rotation allows a large cloud layer on Venus to remain stationary for a long time, thus reflecting most of the sunlight and creating conditions for the presence of liquid water on its surface. This means that for a planet with a slow rotation like Venus, the habitable zone could be pushed into orbit closer to the star.

The habitable zone of the Sun may even extend as close to the orbit of Mercury, the closest planet to the Sun. The evidence for this speculation is as follows.
Mercury has an ancient crater called “Caloris Basin”, more than twice the size of France, and in 1974, astronomy discovered a so-called “chaotic terrain” on the other side of Mercury. The usual explanation for its origin is that after the asteroid impacted Mercury and crashed out of the Caloris Basin, seismic waves split and traveled around Mercury in opposite directions, and when they met on the other side, the waves “crushed” the surface, creating “chaotic terrain.
However, according to more recent data, the creation of the Caloris Basin predates the creation of chaotic terrain by 2.5 billion years, so there is no causal relationship between the two.
In light of this, one astronomer has proposed a new explanation, suggesting that Mercury’s “chaotic terrain” was formed by the evaporation of water from crystalline hydrates (such as alum) that caused the ground to collapse. This is similar to the collapse caused by the melting of subsurface ice on Earth. If this explanation is correct, it means that there was water on Mercury at one time.
Therefore, we have been too hasty in excluding planets such as Mercury from being habitable for life. It is important to recognize this because there are many such planets in exoplanets.
Planets orbiting two stars

Imagine a world with two suns, where you would have two shadows. This, however, is not an imagination but a reality for people living on planets orbiting two stars. The Kepler space telescope has discovered a handful of such unusual worlds, some still in the habitable zone, but so far they are all gas giants. We have yet to find a rocky planet orbiting a binary star.
But recent simulations by astronomers suggest that if a planet around a binary star has been found, there is a 50 percent chance that a rocky planet exists in the habitable zone of that system. More tantalizingly, the habitable conditions (allowing for the presence of liquid water) of these planets could remain in place for billions of years, enough time for life to evolve.
It is possible that such planets orbiting binary stars are already hidden among the exoplanets we have observed, just waiting to be identified. The Kepler space telescope looks for exoplanets by the “lensing method,” which observes the decrease in brightness of a star as a planet passes in front of it. The change in brightness is so small that an Earth-sized planet passing by a Sun-like star causes only a 0.01% decrease in brightness, so it is not easy to observe.
For planets with two stars, the transiting process is more complex and less easy to observe. But astronomers are working to develop an algorithm that will hopefully soon identify habitable planets around binary stars from data from the Kepler Space Telescope.
Planets around dead stars

The sun is not going to last forever. In about 5 billion years, it will discard its outer layers of gas in a supernova explosion, leaving behind a small nucleus called a white dwarf. A planet around a white dwarf does not seem like a world fit for life.
Although a white dwarf is a dead star and its interior has stopped fusing, it still glows because of the high surface temperature (up to 10,000°C) at the beginning of its formation; therefore, it still has a habitable zone around it. The habitable zone will be closer to the white dwarf because it releases so little heat. Planets in the belt may have a rotation period of only a few days.
But the good news is that the planets are very stable in their habitable zones because the white dwarf is cooling very slowly. Like the white dwarfs that evolved from the Sun, planets can stay in their habitable zones for as long as 8.5 billion years, much longer than the Earth can stay in the habitable zone of the Sun.
From a technical point of view, such planets are also easier to detect, because the combination of “small star” and “close planet” will lead to a decrease in the brightness of the white dwarf of up to 50% or more during transiting stars, making it easier to detect.
Others believe that life around white dwarfs may be discovered in a different way. In a paper published in 2020, scientists searching for intelligent alien life explored the dilemma an alien civilization would face as its star began to die. They conclude that escaping a dying star would be too difficult, forcing advanced alien civilizations to undertake unprecedented “space engineering” that would be detectable. So, white dwarfs are now on the list of ET (Search for Extraterrestrial Intelligent Life) projects.

38% of star systems will lose a planet at some point. These planets are thrown out and wander alone in space as a wandering planet. The universe is full of wandering planets, and there may be hundreds of billions of them in our galaxy alone.
Smaller, rocky planets like Earth are most likely to be ejected. In fact, we have found Earth-mass wandering planets thanks to a phenomenon called “gravitational microlensing”. If a planet passes in front of a distant, unaffiliated star, its gravity bends the light coming from the star to us, acting like a lens that temporarily converges the star’s light, so that the star appears suddenly brighter when we look at it from a distance. The duration of such an event can vary from a few hours to a few weeks, depending on the mass of the planet. Using the gravitational microlensing method, astronomers have so far detected eight exoplanets. The Romain Space Telescope, to be launched in 2026, will be dedicated to observing gravitational microlensing events, at which time we will discover more wandering planets.

The big question now is whether life on a planet once inhabited by life can be sustained if it no longer has a star to provide it with light and heat. To survive, they may have to rely on heat from the planet’s interior, especially from the decay of radioactive elements. For Earth, the decay of radioactive elements produces only 1/15,000th of the energy we get from the Sun, and unless the wandering planet has a thick atmosphere, it will freeze. But many things in the universe are unpredictable, and you never know what exceptions will be made.
Life on moons

Maybe we shouldn’t just think of planets as places where life could exist. The largest number of habitable places in the universe may be moons. We already know that some of the moons of Jupiter and Saturn – including Io and Titan – have subsurface oceans of liquid water, even though they are well outside the Sun’s habitable zone. If this were true around other stars, the number of habitable moons would greatly exceed the number of habitable planets.
Recent studies have shown that for icy satellites, the gravitational pull of the planet it orbits is more important than the heat from the Sun. Icy moons are stretched and squeezed by the planet’s gravity as they orbit, and the frictional heat from these deformations is enough to melt the ice beneath the surface (as for the ice on the surface, the temperature is too low for the water to re-condense and remain liquid). So in principle, it is possible to have a habitable moon much farther away from the Sun than Earth, provided you have the right planetary environment.
What if the moon is not icy, but rocky? Then you would have to look for habitable moons in the habitable zone of the star. Recently, a team of astronomers studied the habitable zones of more than 100 red dwarfs (a smaller, cooler and long-lived star) known to be orbited by exoplanets, and then, modeled hypothetical moons. They found that four of these gas giants in the habitable zone could have long-term stable moons (which is not easy because moons have to balance between stars and planets, almost walking a tightrope with trepidation). These 4 moons would stay almost as long as the age of the current universe, so there would be enough time for life to emerge and evolve. 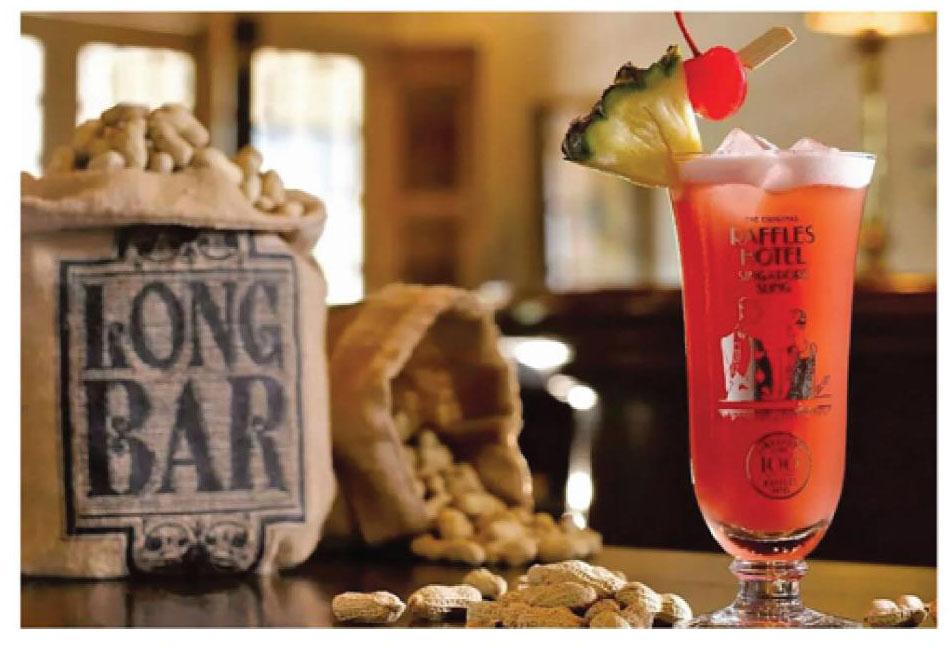 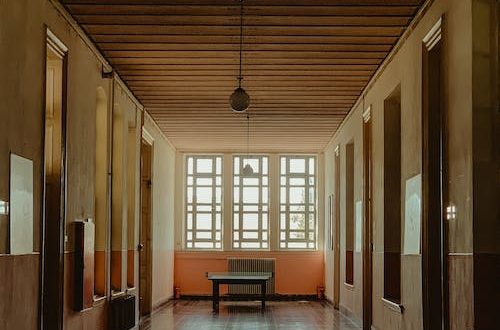 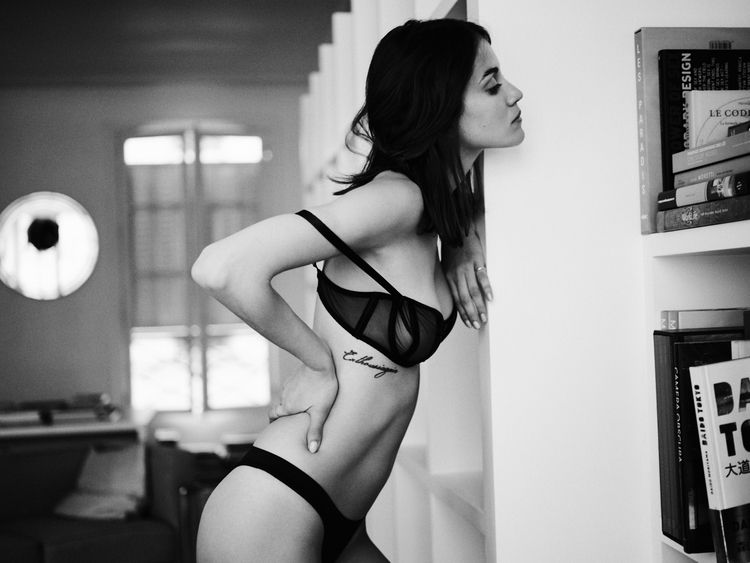