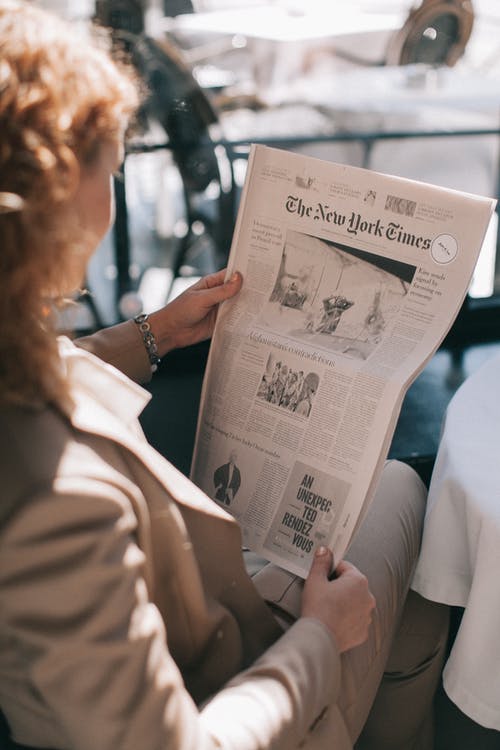 Lima, Peru, a city on a cliff. Below the cliff, is the Pacific Ocean, which is infinitely connected to the sky; on the cliff, is the coastal avenue that can overlook the large sponge for several miles.
On the other side of the sea, there are luxurious villas, blue and white lighthouses, standing among large green spaces and flowers. Teenagers on skateboards, couples drinking coffee, girls doing yoga, old people walking dogs… Looking down, surfers under the cliff chasing the sunset; looking up, there are colorful paragliders floating in the sky.
On the other side of the mountain, there are scattered earth houses, all red, green and green are covered with a layer of dust. A woman with a child in her colorful cloth pocket and two thick and long braids, a Venezuelan refugee begging around with an empty box without coins, a boy with a dirty face holding a half in his hand bread. Looking down, there is a mess of colorful street graffiti, and the corners are full of rubbish. Looking up, there is an eternally gloomy sky with a few black vultures hovering.
Between the rich and the poor

Lima Metro Line 1 runs all the way from the slums to the rich areas. The scenery along the way is as clear as vegetation changing with latitude, and the differences are obvious; from dirty to clean, from dark to fresh, from poor to rich, the subway goes all the way to the coastal road on the edge of the city cliff.
Regardless of the political turmoil in the slums, burning, looting, or even “frozen bones on the road”, this road will always be peaceful and peaceful, with the blue sea, the green grass, and the fragrance of birds and flowers. People either spread out beautiful picnic mats and ate ice cream to bask in the sun, or a few people played street dancing and tango. Only the women in ragged clothes who occasionally walk by, selling woven bracelets or cheap concentric locks, let us see that there are also lonely corners in this paradise…
Two worlds inside and outside the skating rink

There is an ice skating rink along the coastal road. The barbed wire encircled a piece of sand. The white-skinned teenager was riding a skateboard, holding his breath on the undulating mound, jumping down amidst the noise of his companions, and drawing a graceful arc in the blue sky. String. One after another jumped up, slid down, and shone in the green grass and blue sky.
Outside the barbed wire, two Venezuelan teenagers, 13 or 14 years old, stood motionless. It was late autumn, and the feet of the two children were still the simplest flip-flops, and the heels could not be distinguished whether it was because of too much dust or because it was too cold to look black and purple. Loose and worn jeans can’t outline the figure of a teenager, only a large backpack seems to be hanging in the wind. The top of the backpack is a thin rolled up blanket, the surface is covered with fur balls and stains, telling the story of the teenagers night after night…

“Wall of Shame” divides Lima into rich and slum areas

From dirty to clean, from gray to fresh, from poor to rich, the subway has been going to the coastal road near the city cliff.

”Great!”
A Venezuelan teenager yelled with everyone. His eyes were sharp, and the excitement and excitement in his voice were no less than those of the skateboarding children in the field. He and his friends laughed at each other and were fascinated. Look into the barbed wire. At this moment, they have forgotten their status as refugees, and forgot that they have long been living in the open air as a daily misery.
At this moment, they are also ordinary children, eager for skateboarding, eager for all new things, and curious about this world that may not be friendly to them. They still don’t understand the unfairness of fate, and they can’t remember to anger and complain. They haven’t had time to think about why the same childhood, inside and outside of the barbed wire, has such a different life.
They just had to think that when night fell, everyone dispersed, and the skateboarding children returned to their comfortable apartment, took a hot bath, ate snacks and watched cartoons. And they can only move forward under the stars, and continue to move forward, without a goal. A bridge pier, spreading out the blanket rolled up on the backpack, is the greatest consolation tonight.
The setting sun, the heartbroken man is jumping off the cliff

The Binhai Avenue extends to the south, and the scenery becomes more vivid. The human intervention gradually faded, the high mountain cliffs on one side rose, the outline of the rock formations became clearer, and the sea seemed to change from the calm and friendly in front of tourists, revealing its primitive and cold face. The waves slapped the rocks on the shore calmly, harder than ever.
A towering corner of the rock protrudes toward the sea, forming a natural springboard facing the sea. When visitors are close, they can’t help but take a deep breath, tighten their nerves, and test forward with extra care.
”The cliff jumper is here!”
Following the reputation, I saw an elderly uncle walking over barefoot. Wearing a long cloak, he walked to the edge of the cliff skillfully and quickly. This is his daily life. Jumping off the cliff three times a day is his job, but since the epidemic, tourists have been scarce, and he has almost automatically lost his job.
The waves under the cliff were turbulent, and the water in late autumn was bitter. The cliff jumper slowly opened his arms and began to mutter. Without the cheers of the many tourists in the past, his campaign work has also lost a little atmosphere. After a few hurried prayers, he shouted and was about to jump. A few people onlookers hurriedly took out their mobile phones.

Bus drivers are also generous, allowing these beggars to ride the bus for free.

”Ah!”
he yelled, and didn’t jump.
Behind the cliff is a high-end restaurant built in accordance with the situation. Because the surrounding scenery is steep and beautiful, the restaurant is also expensive for its perspective, and most of the people who go to the restaurant to consume it are for the atmosphere.
In the restaurant, the music is cheerful, warm and bright, and the outside scenery can be seen across the glass windows. The cold wind was icy, the turbulent waves hit the shore, and the cliff jumper faced the abyss and jumped.
Plopped down, people turned their eyes back, picked up champagne, gently clinked glasses, and greeted each other.
After a while, I saw the cliff jumper walk into the restaurant, he was still barefoot, his body was still dripping with water, and his wet cloak lost his might, and he looked dejected. He approached the guests’ dining table and did not forget to pick up the mask folded in his pocket and put it on. The water from the mask dripped down his cheeks. He gently stretched out his hand, and the woman eating at the table handed him one. coin. He said, thank you, and went to the next table.
The people in the dining room came and walked, always dressed neatly, with a smile, and the thing that didn’t change was that he stood outside the glass window every day, jumping down and up again.

Near this avenue is a place where rich people live, which naturally attracts many poor people to ask for a living. Local laws prohibit begging, so many poor people will bring some chewing gum or banana chips and other snacks to “sell”, which is actually a guise for begging. When rich people give money, they usually don’t take those “commodities”. This is already a tacit agreement with each other.
The local government also opened one eye to this behavior and closed one eye. Bus drivers are also generous, allowing these beggars to ride buses free of charge and freely shuttle up and down at various stops so that they can beg on the means of transportation and in places with the largest passenger flow.
After they got in the car, they gave a long speech in the front of the car, telling about their life experience and tragic experience, sometimes with photos and signs, and often with children. When they were almost done, they sent the children to walk one by one from front to back. Many local people will take the initiative to pay for it.
At intersections and other traffic jams, there are often boys involuntarily rubbing the windshield with a brush. If you want, roll down the window and give a coin or two; if you don’t respond, they will quickly mention it. He disappeared into the boundless sea of ​​cars with the bucket and brush. When the red light was on, there was a young man who took out a few clown clubs from the bag like magic, and began to dance up and down, pinching the time to the last few seconds, then stopped, and went to the windows of the cars at the intersection. Ask for money.
Refugee teenagers watching skateboards, old Peruvian elders jumping off the cliffs, and thousands of poor people who are begging for life, wander along this beautiful coastal avenue every day, but what they see is like seeing the rich, not a sea. Nor is it a sun, nor a Lima.
The plants and trees in the park exist literally, but for them, it is an illusory dream. 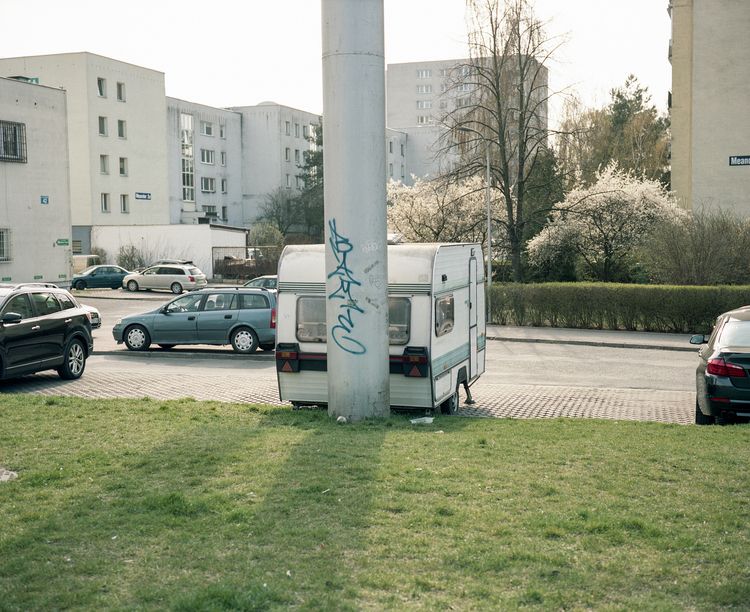 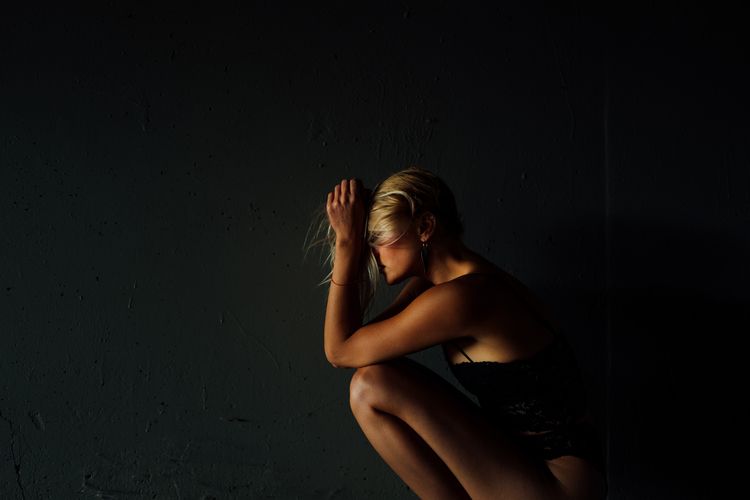 The dark history of Oracle’s curse 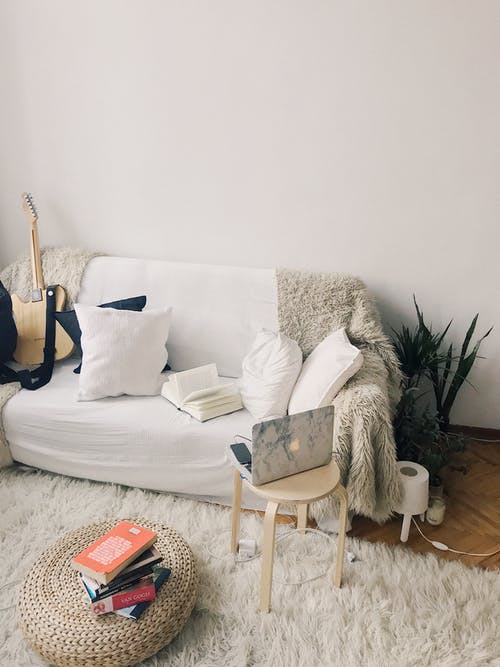 Which industries are harvesting traffic in the cold wave of entrepreneurship?