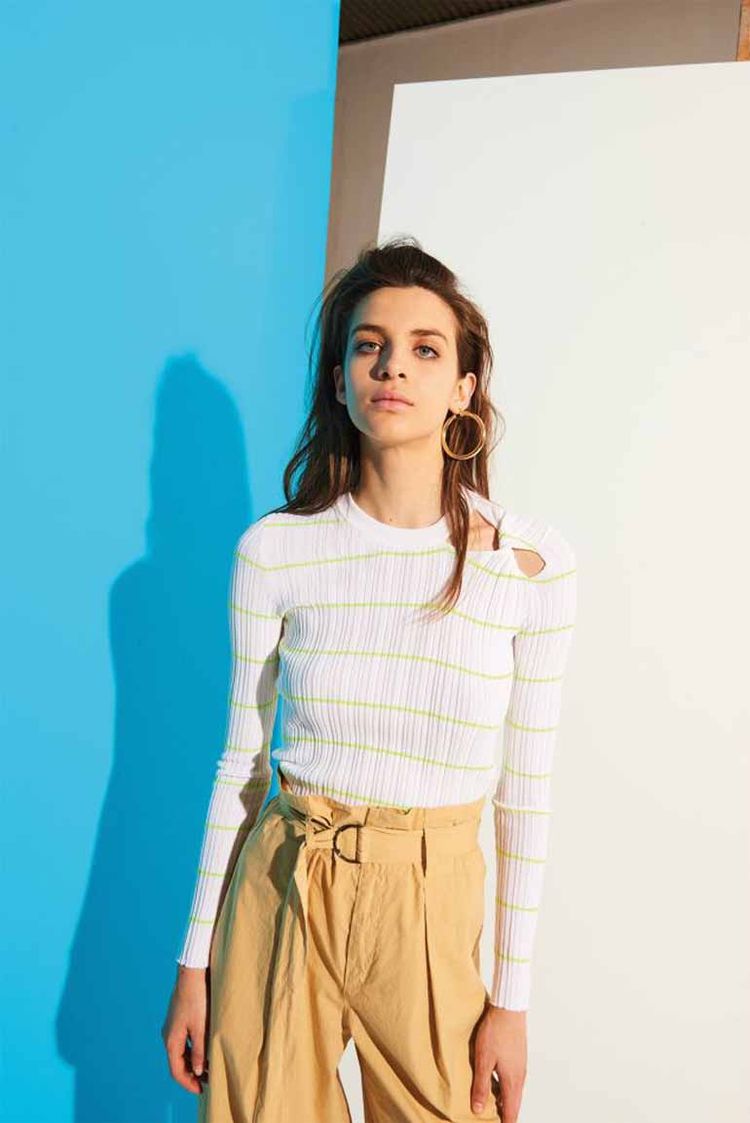 Scientists always tell us that global warming and the earth’s environment are endangered, and human factors are the chief culprit of these malignant changes.

But how does burning coal or cutting down trees cause glaciers thousands of miles away to melt, sea rises, and seawater overheats? Below, we will summarize those things about climate change.

Things start with the increase in greenhouse gases

Greenhouse gases are like a layer of insulation blanket in the atmosphere, making the earth’s climate more suitable for living creatures. They can absorb the warm energy that the sun shoots toward the earth, save a part of the heat energy, and prevent all the energy from dissipating with the reverse radiation flow. With the industrial revolution, human activities began to rely heavily on burning fossil energy for production and life, which disrupted the original equilibrium state in the atmosphere, and the amount of methane, nitric oxide, and fluorine-containing gases increased greatly. But it is carbon dioxide that really makes the global temperature change.

China and the United States are the countries that emit the most greenhouse gases, followed by the European Union. Burning coal, oil and natural gas are the biggest causes of excessive carbon dioxide emissions. Agriculture, cement production, animal husbandry, and deforestation also increase the amount of carbon dioxide in the air.

Human industry has caused too many greenhouse gases to enter the earth’s atmosphere, making the earth’s heat unable to escape. This is like a day when you can sleep peacefully with a cool quilt in summer, but covered with a thick quilt of five or six kilograms. Our earth is covered in this thick quilt, sweating profusely, and the body temperature rises sharply.

The biggest problem is carbon dioxide

Approximately 82% of US greenhouse gas emissions are emitted by industrial production. Before the industrial revolution, the average volumetric content of carbon dioxide in the air was 280 ppm (ppm is the concentration unit, which represents the volume of pollutants per 1 million volumes of air). By 2015, according to the World Meteorological Association, the average content of carbon dioxide has exceeded 400 ppm. Some meteorological experts believe that the current concentration of carbon dioxide has been too high, causing severe global warming, and the situation will continue to deteriorate; while other experts believe that the earth is very strong and there is still room for flexibility in carbon dioxide emissions.

Scientists say that long before we realized that global warming was in danger (temperatures rose by 2°C above the historical average before industrialization), we burned 2/3 of the carbon that the atmosphere can carry. Even if carbon emissions are greatly reduced now, the temperature rise problem that has already occurred cannot be alleviated quickly, because some carbon dioxide can be stored in the air for thousands of years, and the existing accumulation cannot be quickly consumed and transformed. Although sea water can absorb carbon dioxide, this absorption process not only cannot completely resolve the greenhouse crisis of the atmosphere, but also causes trouble for the ocean itself.

More than 1/4 of the carbon dioxide produced by human production and life will be absorbed by sea water. When carbon dioxide dissolves into water, it reacts with water to form carbonic acid. The additional carbon dioxide is quietly changing the chemical composition of the ocean.

The strength of acidity and alkalinity is often expressed by the pH value. The smaller the value, the stronger the acidity. According to the data provided by the National Oceanic and Atmospheric Administration of the United States, between 1988 and 2012, the pH value of seawater has dropped from 8.21 before industrialization to a level of less than 8.1, and the acidity of seawater has increased by 30%. %.

Carbonic acid consumes carbonates in the sea water, making the shells and bones of marine organisms lack the corresponding carbonates, and the growth of corals is affected, and plankton in the ocean is even more harmed and difficult to survive. Plankton is located at the bottom of the marine life chain and is the most basic link. Their difficulty in survival will eventually affect the entire food chain and endanger the survival of more types of marine life.

In addition to carbon dioxide, methane is another important greenhouse gas that causes the greenhouse effect. The digestion of livestock, the wetland environment, and the melting of frozen soil all produce methane gas. However, like carbon emissions, the methane emitted by people in industrial production is the real source of danger.

The surface heats up gradually

Because there is a couple of El Nino and La Nina in the world, the temperature of the earth’s surface is often very warm for some years and very cold for some years. However, since 1880, the annual average temperature, which had been ups and downs, has soared. I don’t know what the cold is. The 10 years with the highest average annual temperature in the world all appeared after 1998.

The data given by the World Meteorological Organization shows that the average annual temperature in 2014 was 1°C higher than before industrialization, which means that we have crossed half the distance to the red line of climate change predicted by scientists.

Many meteorological experts believe that a warming that exceeds the red line of 2°C will have serious consequences, which are more terrifying than all the changes we have now experienced. So far, 2015 is the year with the highest average temperature on record, and many parts of the world have experienced an unprecedented heat wave in this year. Although the temperature of the North Atlantic Ocean broke through the lowest point in history this year, this is not a good thing. The low temperature there is probably caused by the melting of the ice sheet in the Greenland area, indicating that sea ice is beginning to be threatened.

Rising temperatures will not only make you sweat, but also affect weather patterns. Heat waves become longer and stronger, and warm and humid air currents bring precipitation. Changes in temperature have also disrupted the lives of small animals. Rising temperatures will accelerate the spread of diseases in animals and cause animal deaths. For example, the black-legged ticks that transmit Lyme disease, Babesiosis, Brucellosis, and Borrelia burgdorferi will become more aggressive in a warm and humid environment, spreading the virus wildly, and harming more animals.

The increase in sea water temperature will not only increase the sea level, but also the ability of sea water to absorb carbon dioxide will be weakened when the water temperature rises. In this way, the higher the sea water temperature, the more it can regulate the temperature. The weaker. In the ocean, fish, shrimps and crabs that are accustomed to life in cold water will be at a loss due to temperature changes, be affected, and even die. At the same time, warm waters contain more energy. In these areas, seawater heat will become an important source of energy, giving rise to natural disasters such as hurricanes. Of course, warming sea water will also cause glaciers to melt. endprint

The glacier is melting

In the face of the greenhouse effect of the atmosphere and the warming of seawater, two large ice sheets (also called continental glaciers) on the earth have begun to disappear in the face of this double blow. In Greenland, this change is obvious: warm air melts the uppermost layer of ice, while warm sea water carried by ocean currents melts the underwater part of the glacier. Although there is no substantial evidence that the melting of sea ice will further aggravate global warming, it is difficult to say that there is no connection between the two.

According to data released by NASA’s Jet Propulsion Laboratory, since 2002, the Greenland Ice Sheet will lose 287 billion tons of ice each year, and Antarctica will lose 134 billion tons of ice each year. Most of the melted ice enters the ocean and becomes sea water. This sudden addition of members will inevitably make the ocean crowded and the sea will rise, but this is not the most serious problem. This influx of fresh water and sea water will change the global ocean circulation. For example, the cold region formed in the North Atlantic due to the melting of the Greenland ice sheet may change the world’s most powerful warm current, the Gulf Stream. . Once there are problems with ocean circulation, marine ecology will suffer direct disasters, and the global climate will become even more chaotic.

The continental glaciers continue to melt, and mountain glaciers are not getting any better, and they are gradually melting in the heat wave, and the animals and plants living there may die as a result. In Glacier National Park, Montana, USA, there were more than 150 glaciers in the 19th century, and now there are only 25 glaciers. Under normal circumstances, meltwater from mountain glaciers is a very important source of drinking water, and many rivers, lakes and seas use this as a source. The amount of ice here is decreasing year by year. Under the condition of rising temperature, the amount of newly formed ice and snow every year can’t keep up with the amount of melting ice and snow every year. This balance between replenishment and consumption is broken, which will have a great impact on future water supply.

Part of the ice in the Arctic Ocean will melt every summer, and part of the new ice will be frozen in winter. This is a state of equilibrium. However, in recent years, more and more sea ice has melted, while fewer and fewer new ice is frozen every winter. Compared with 30 years ago, the sea ice covering the Arctic Ocean is now at least 1/3 less.

According to satellite observation data, the annual minimum amount of sea ice (the amount of sea ice measured at the peak of sea ice melting in September) has fallen by 13.3 percentage points from 1979 to the present. Some scientists predict that in a few decades, the Arctic Ocean may become ice-free in summer.

Melting sea ice creates a vicious circle. The white ice surface can reflect sunlight, and after these ice surfaces disappear, the darker sea water will absorb a lot of energy from the sunlight, and the temperature will increase, which will cause more sea ice to melt. This will destroy the ecology of the Arctic Ocean and threaten the living environment of whales, walruses and polar bears. Many meteorological experts predict that the loss of sea ice in the Arctic Ocean will change global weather patterns.

From a global perspective, the current sea level is 83 mm higher than the level in 1993. Many scientists predict that by the end of this century, the sea level will rise by 60 cm to 120 cm on the current basis.

As sea levels rise, the risk of large-scale flooding will increase. Not only will the coastline be affected, but those living in low-elevation coastal areas will have nowhere to go. At that time, one-third of the American population will be affected. After the sea level rises, the storm surge will also advance into the inland areas and deepen the damage to more places. At the same time, the power of the hurricane will become greater and will harm more places. Moreover, when seawater surges up and swallows many lands, the freshwater resources that humans and animals depend on will be insufficient, and the fragile ecosystem will face greater challenges.

The beautiful planet we live in has undergone tens of thousands of years of changes to derive today’s livable environment and nurture many creatures. However, these beautiful factors disappear much faster than they form. If people do not work hard to curb the warming climate, the continuous vicious circle will soon end the vitality of the earth. 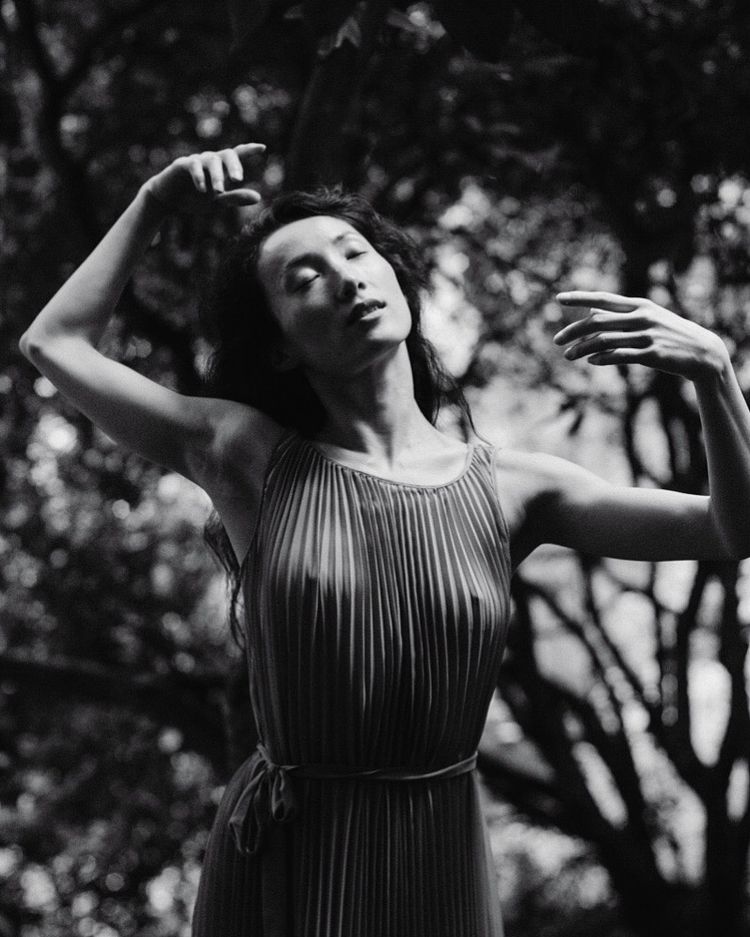 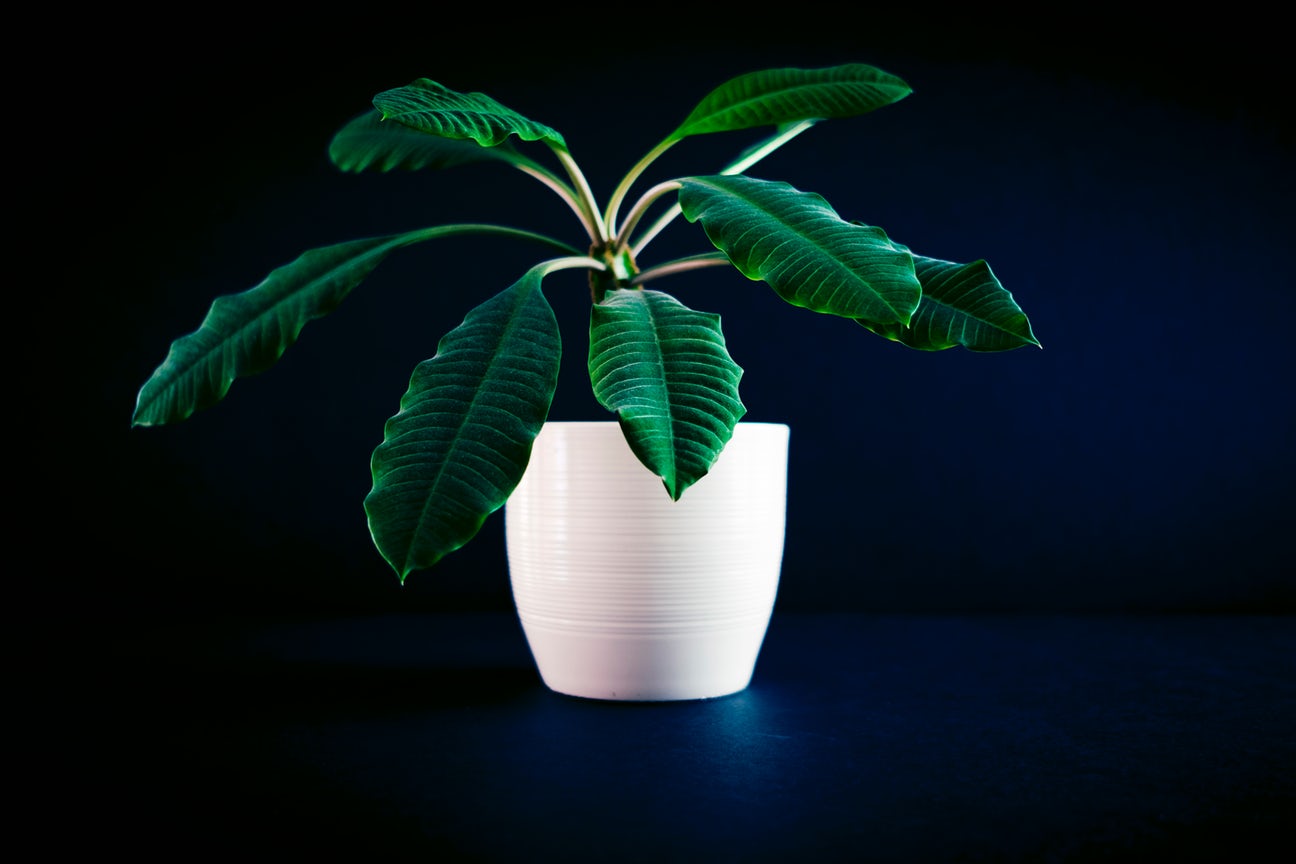 The Survival Secret of ” Dominant President” of Plants 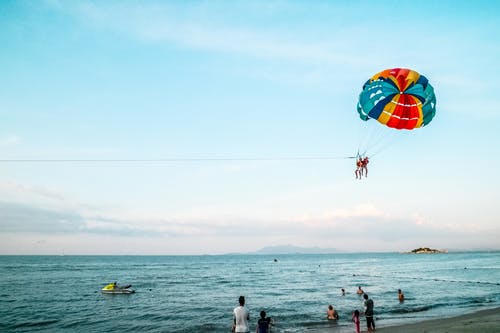