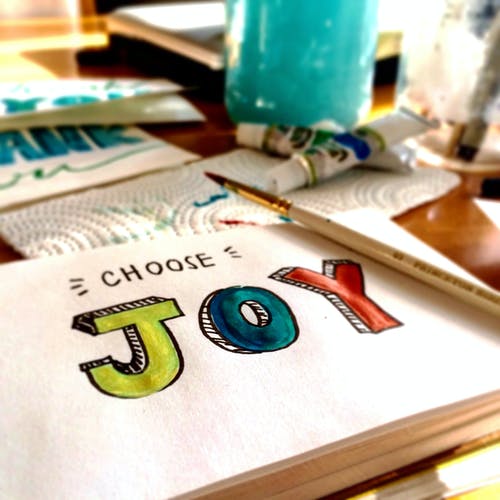 Known as the “New Egyptian Pharaoh”, the Savilis family, in the turbulent social environment of Egypt, has built a huge business empire after 70 years with a broad global vision, diversified management and investment skills. About two-thirds of the trading volume of the Cairo Stock Exchange is contributed by companies under the family business Oskon Group.
In the second generation of the family, the three sons have superior abilities but different endowments. In order to balance the relationship between brothers, the founder Weng Xi handed over the core company, Oskon Construction Industry Co., which was favored by the investment of Bill Gates family office waterfall, to the small Son Nasef, and held by many family members to maintain family control. The eldest son Najib independently founded Egypt’s first mobile phone operator, and established a joint venture with the North Korean government to establish Korea Telecom, the only local mobile phone company. Oskon Development Co., Ltd., a tourist real estate developer founded by his son Samich, was exempted by the Swiss government to develop real estate in the local area and created the “best ski resort” in the Alps and the “paradise” of El Gouna in the Red Sea.
In terms of the wealth management system, the three brothers also “rule by dividing boundaries”, each setting up a family office or investment company. Nessef’s family trust NNS Investment holds shares in well-known companies such as Adidas and cement giant Lafarge. The family’s industrial capital, financial capital, human capital, and social capital are inherited in an orderly manner.
The Sawiris family, referred to as the “New Egyptian Pharaoh” by The Economist, is a new force in the ancient civilization on the Nile River, writing a new legend of family businesses in the Middle East under the reconstruction of the world order. This richest family in Egypt continues to prosper with its broad global vision, amidst the ups and downs of the political society and the inheritance of the family business.
According to Forbes estimates, the Savilis family’s net wealth exceeds US$16 billion, and approximately two-thirds of the trading volume on the Cairo Stock Exchange is contributed by listed companies under the family business Orascom Group. Its founder, Onsi Saveris (referred to as “G1 Onsi”), was hailed as the “Rockefeller of Egypt” by the Egyptian “Pyramid”. The small construction company he founded 70 years ago has developed into a huge diversified business empire, spanning multiple industries such as construction, telecommunications, and industry, with businesses all over the world. His three sons have returned from studies in Zurich, Berlin and Chicago, and each is in charge of different businesses of the family business. While operating its own business, the Saveris family has also become an important shareholder in many well-known companies around the world through investment.
Saveris’ family heritage is destined to be complicated. On the one hand, the Savilis family business is exposed to the turbulent social environment in Egypt; on the other hand, the three sons of G1 Wengxi have superior abilities but different endowments, and it is necessary to consider how to balance the brotherhood to achieve an orderly inheritance.
The inheritance of family businesses usually means restructuring the existing management rights, governance rights, and equity structure, and nurturing the next generation of family leaders. The adjustment of these internal orders is often accompanied by many challenges brought about by external political, economic and social changes. Family inheritance includes the inheritance of four key elements: industrial capital, financial capital, human capital and social capital. In fact, the second generation of the Saveris family was passed down from multiple paths.
Succession of Industrial Capital: Industrial Transformation in the Ups and Downs of Regime

The Savilis family belongs to the largest ethnic minority in Egypt-Coptic Christians. In Egypt, a predominantly Muslim country, Copts account for only 10% of the country’s total population of 100 million. G1 Wengsi is the son of a lawyer in southern Egypt. His parents asked him to study agriculture. Agriculture accounts for more than 11% of Egypt’s GDP throughout the year. The abundant Nile water has brought fertile soil to Egypt. But the young G1 Wengxi found that he was more interested in business, so he started a contracting business locally.
In 1950, G1 Wengsi founded the predecessor of today’s family business-Oscon Construction Company in Egypt. Under his management, Oscom Construction Company developed from a small company to a regional leader, undertaking large-scale infrastructure and industrial projects in the Middle East and Africa. By the 1960s, it became one of the largest construction contractors in Egypt at that time. It is also the first multinational company in Egypt.
However, G1 Onsi’s early business career suffered a serious setback during the reign of Egypt’s second President Nasser. At that time, “national protectionism” was the main method of Egypt’s industrialization. After the socialist transformation in 1961, the industrial output value of Egyptian state-owned enterprises accounted for more than 85% of the national industrial output value. It was in this year that Oscom was nationalized. G1 Wengxi suffered a setback in entrepreneurship and moved to Libya in 1966 and founded a new contracting company.
At the end of the 1970s, Egypt’s successor President Sadat initiated an economic opening policy, and the hostile relationship between politics and business gradually disappeared. Businessmen who left Egypt during Nasser’s administration began to return to the country one after another. At the same time, after the signing of the Camp David Agreement, the relationship between Libya and Egypt began to deteriorate. In this context, G1 Onsi, who had lived in Libya for ten years, returned to Egypt and founded a new contracting and trading company, Orascom Onsi Sawiris & Co. .). At that time, the Egyptian government invested a lot of money in domestic infrastructure. Benefiting from the economic prosperity during this period, the company began to grow strongly in the 1980s.

G1 Wengxi’s three sons also grew up with it. After completing their studies in Europe and the United States, they began to participate in the family business. The father and son together led the family business to grow into one of the largest corporate groups in Egypt. In 1995, 65-year-old G1 Wengxi handed over the control of the family business to his younger son, Nasef Saveris (“G2 Nasef”) who graduated from the Booth School of Business at the University of Chicago. Today, G2 Nasef is the richest man in Egypt with a net worth of US$8.9 billion.
After G2 Nasef took over, Oskononsi Saveris Limited Partnership was restructured into a joint-stock company, and later renamed Oskon Construction Industry Company. In 1999, it was listed on the Egyptian Stock Exchange, which was the highest market capitalization in Egypt at that time. Company ($600 million). After listing, the company expanded its business to many Middle Eastern countries and entered the chemical industry. In 2008, it entered the fertilizer industry through acquisitions, and then became the largest nitrogen fertilizer producer in the Middle East and North Africa. According to the 2019 annual report, the nitrogen fertilizer business contributed 80% of the company’s revenue. In addition, the company has the world’s largest methanol production facility in Texas, USA, and, in conjunction with Siemens, built the world’s two largest gas-fired combined cycle power plants-New Capital and Burullus Power Generation factory.
The outstanding performance of this Middle Eastern star enterprise has won the favor of many world-renowned investment institutions. In January 2013, the Bill Gates family office-Waterfall Investments and some American investors invested $1 billion in Oscar Construction Industries. This is the first large-scale investment by the Gates family office in an African company. Subsequently, the company delisted from Egypt, listed on Euronext Amsterdam, and adjusted its shareholding structure to adapt to a more international corporate structure, including moving to the Netherlands and registering OCI NV (NV is a limited liability company) , Is one of the two types of limited liability companies permitted by Dutch law), as the parent company of Oskon Construction Industries. The Dutch company law is relatively flexible and loose, which enables companies to be more flexible in future strategic investments and mergers and acquisitions. It can also provide a tenure voting control structure and provide family businesses with a system that can achieve long-termism. (For details, please refer to the June 2019 issue of “New Fortune”, “The longer the holding time, the higher the voting rights-the ever-lasting equity design of the richest man in Italy”). 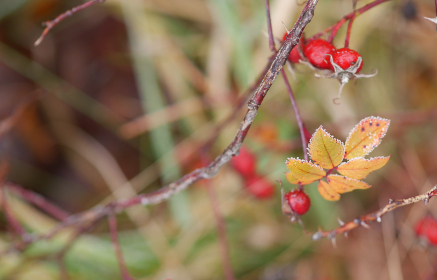 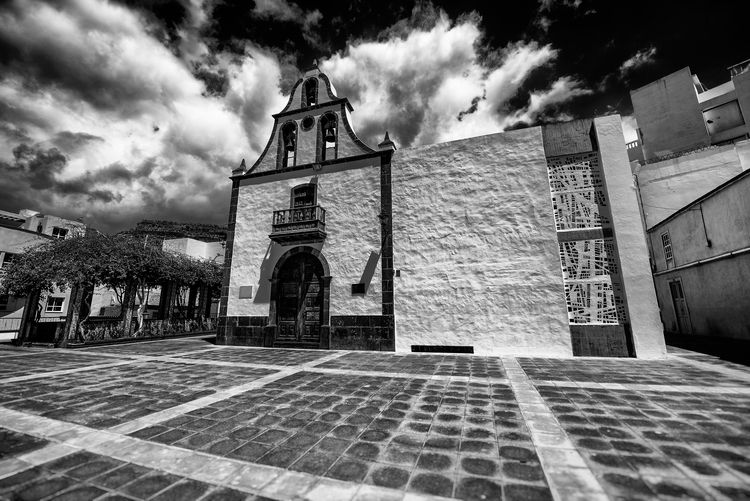 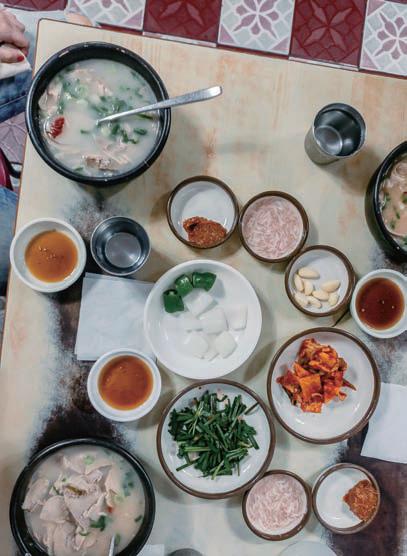 When milk is drunk, can it really grow taller?