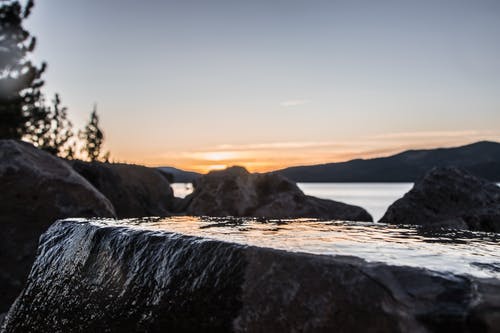 In September 2019, the strong typhoon “Fasi” landed in Japan, causing many Japanese people to suffer enough. After the “Fasi” landed, it wrecked ground power supply facilities and caused a large-scale blackout in Japan. As it was summer, the freezer was unable to work due to power outages, and the owner of a ramen shop had to dump 400 meals.

Typhoons pose a huge threat to human life and cause serious property losses every year. However, typhoons contain huge amounts of energy. If humans can capture these energy sources, they can make up a large part of the energy gap. The energy in the typhoon has no additional carbon emissions and is a renewable resource. More importantly, the more typhoon energy is captured by humans, the less disaster the typhoon will bring to humans.

Where does the typhoon energy come from?
A typhoon can be regarded as a huge heat engine, that is, equipment that relies on heat to drive the engine to work. It can convert the huge heat absorbed by the sea from the sun into the kinetic energy of wind and waves, the potential energy of rain and the electrical energy of lightning. The huge energy of a typhoon mainly comes from the huge latent heat in the sea water-the high specific heat capacity of water allows the sea to store a large amount of heat from solar radiation. Although the surface of tropical seas in summer is calm, but under the action of strong sunlight, a large amount of seawater evaporates and rises to high altitude. This process not only replenishes a large amount of water vapor into the atmosphere, but also brings the huge heat absorbed from the sun into the atmosphere.

Car engines work continuously and need to continuously absorb and release heat. The basic process of typhoon formation is also the same: the tropical ocean below the typhoon (average temperature of 27°C) is the “thermal reservoir” for typhoons to absorb heat; the top troposphere (average temperature of -72°C) at the top of the typhoon is responsible for condensing and releasing warm water vapor The “condenser” of heat. The greater the temperature difference between the “thermal reservoir” and the “condenser”, the more mechanical energy converted by the typhoon and the faster the wind speed.

The energy of a typhoon comes from the latent heat in the sea.

However, latent heat alone is not enough to drive typhoon movement. According to Bernoulli’s principle, the rising process of warm and humid air will form a low-pressure zone, which causes the nearby high-pressure air to move to the low-pressure zone, and thus wind is formed. Meteorological experts can judge the magnitude of the wind force based on the isobars on the meteorological cloud chart: the tighter the adjacent isobars are, the greater the wind. The isobar reflects the atmospheric pressure gradient. The pressure gradient near the eye of the typhoon is tight, so the wind speed is faster the closer to the eye of the typhoon. The faster the wind speed, the faster the ocean water vapor evaporates, which is like using a hair dryer to wet the hair to accelerate the evaporation of water in the hair. The increase in evaporation results in more energy being carried to the upper air through the water vapor, thus forming a positive feedback loop.

Hurricane Harvey in 2017 was the hurricane that brought the most precipitation to Texas since its meteorological record and caused severe floods. Offshore wind power plants can transfer precipitation through two important factors in the formation of precipitation-wind convergence and wind divergence.

First, when a violent hurricane blows through the blades of the wind turbine, part of the kinetic energy of the hurricane is consumed to push the blades and turbines to rotate, and the wind speed of the hurricane is therefore reduced. It’s like a car accident on an expressway. The cars coming at high speed behind the accident site had to slow down. More and more cars gathered to form a congestion. If you replace the vehicle with wind, the result is that the wind will gather near the wind power plant. Large amounts of air gathered together and had nowhere to go, only moving upwards. This process transfers more water vapor to the atmosphere and promotes early precipitation.

Offshore wind power plants can reduce the amount of precipitation brought by typhoons/hurricanes to coastal areas to a certain extent.

When the wind has completely passed through the wind power plant, it will gradually accelerate again, just like other vehicles speeding up again after bypassing the crashed vehicle. This process is called wind divergence, which is characterized by downward movement. Wind divergence will bring drier air to lower altitudes, which will inhibit precipitation. Through computer simulations using hurricane Harvey as a model, scientists have concluded that before hurricane Harvey reaches the coast, offshore wind power plants can “squeeze out” part of the hurricane’s water vapor, thereby reducing precipitation when the hurricane reaches the coast. the amount.

Taking advantage of a typhoon is not easy
In 2011, a wind turbine in the Port of Adlusa in the United Kingdom exploded during a heavy storm. The survey results showed that the wind speed at that time exceeded the maximum design speed of the wind turbine. Although offshore wind power plants have given people the hope of capturing typhoon energy and reducing disasters, in fact, most wind turbines have difficulty facing severe typhoons. According to current engineering standards, the maximum instantaneous wind speed that a wind turbine can withstand is about 250 kilometers per hour, while the maximum wind speed of Hurricane Patricia that landed from Mexico in 2015 was as high as 345 kilometers per hour.

Traditional wind turbines use wind energy to drive three blades to rotate, and use a gearbox to convert the low-speed fan blades into the high-speed rotation required by the generator to achieve power generation. In severe weather such as typhoons and hurricanes, excessively fast wind speeds and changing wind directions can easily damage the fan blades. Therefore, the blades of the wind turbine need to be locked to protect the equipment in bad weather.

In order to make wind turbines more resistant to extreme weather, scientists have made many efforts. In 2016, a Japanese company developed a “Typhoon Turbine” specifically designed to collect typhoon energy. Its shape is like the winding plate of a kite, and its main structure is composed of three vertical long plates that rotate around the central axis. Because the direction of rotation of this turbine is parallel to the ground, there is no need to consider wind direction. And this kind of turbine uses the “Magnus effect”, that is, the pressure difference formed by the wind speed difference on different sides of the turbine can be converted into the thrust that drives the turbine to rotate. In the event of a super typhoon that the typhoon turbine cannot withstand, the blades will be as close to the rotating shaft as possible and stop rotating to protect the turbine.

The wind turbine was damaged in strong winds.

In the same year, a spiral turbine named AMPS came out. This kind of turbine can be installed on the eaves of a building, using wind to drive the turbine to rotate and generate electricity. When encountering extreme weather such as typhoons, long rows of turbines can effectively reduce the wind speed and at the same time prevent strong winds from forming more destructive vortices after encountering obstacles.

Capture the kinetic energy of waves
In addition to strong winds and intense precipitation, the damage caused by typhoons will also cause huge waves on the sea. Strong weather systems such as typhoons can cause local sea levels to rise abnormally. This phenomenon is called storm surge. The huge waves formed by the abnormal rise and fall of the sea surface will spread to the surroundings. Once the huge wave reaches the coast, the water level on the shore rises rapidly, swallowing everything on its path. In 2013, Typhoon “Haiyan” swept through Tacloban, Philippines. The storm surge caused by “Haiyan” flooded Tacloban City in a short period of time, causing tens of thousands of deaths and injuries, and causing serious economic losses.

In fact, the energy contained in dangerous storm surges can also be used to generate electricity. In 2020, a company launched the PB3 wave energy generating buoy. The total length of a single buoy is 14 meters, of which the buoy above the water accounts for 1/4 of the total length, the vertical beams and counterweight plates below the water account for 3/4 of the total length, and the total weight of the equipment is 10 tons. The buoy is fixed in position by cables and anchors. Under the action of the counterweight plate and the vertical beam, the buoy can collect the momentum of the waves propagating in the horizontal direction and convert it into energy for vertical movement, thereby driving the generator in the buoy to generate electricity. Electricity will be transported along the cable to the coast for storage, or directly supply power to nearby equipment.

How is electricity delivered?
Whether collecting wind energy or ocean wave energy, the best place is the tropical ocean where typhoons are generated. Building power plants there can consume typhoon energy as soon as possible and reduce the harm of typhoons to humans. However, if power plants are built in the ocean far away from humans, the problem of how to transmit or store electrical energy must be solved.

Judging from the current technology, offshore power plants convert typhoon energy into electrical energy for storage and then transport to areas where electricity is needed, which is the most reasonable solution. There are many ways to store electrical energy, including compressed air energy storage, spring energy storage, hydraulic energy storage and so on. Among all these schemes, the most feasible is to electrolyze seawater using electricity from offshore power plants to produce hydrogen, and store the hydrogen in hydrogen tanks and transport it to cities.

Storage and transportation of typhoon power.

In addition to storing hydrogen in hydrogen tanks, hydrogen can also be used directly to drive hydrogen-powered ships. As early as 2013, the concept of a hydrogen-powered container cargo ship was proposed. Although this ship of the future is still at the conceptual stage, it is basically technically feasible. The ship is 353 meters long and uses a hydrogen fuel cell (maximum output power of up to 40 megawatts) to drive the motor to power the entire ship.

Before mankind can actually use typhoons to generate electricity, there are still many problems that need to be solved: First, typhoons belong to the category of “giant systems”, and their moving paths are affected by many factors, so it is almost impossible to predict, and it is impossible to determine the specific location of offshore power plants. Secondly, the typhoon has a strong seasonality. Offshore power plants can only work for a few months each year, which will cause huge idle and waste of resources; the scale of offshore power plants cannot be easily adjusted, and the adaptability is very poor. Thanks to the efforts of countless scientists and engineers, we are getting closer and closer to the goal of using typhoons to generate electricity.

What is the difference between a typhoon and a hurricane?

The ancients’ knowledge of hurricanes

Many aboriginal cultures in Central America have images of hurricane gods, such as the hurricane god “Huraken” in the Taino and Mayan civilizations. The two arms of a statue of Hulaken are spiral, which shows that the ancient Mesoamerican civilization has realized the general form of hurricanes, and Western scientists did not discover that hurricanes are spiral until 1831. 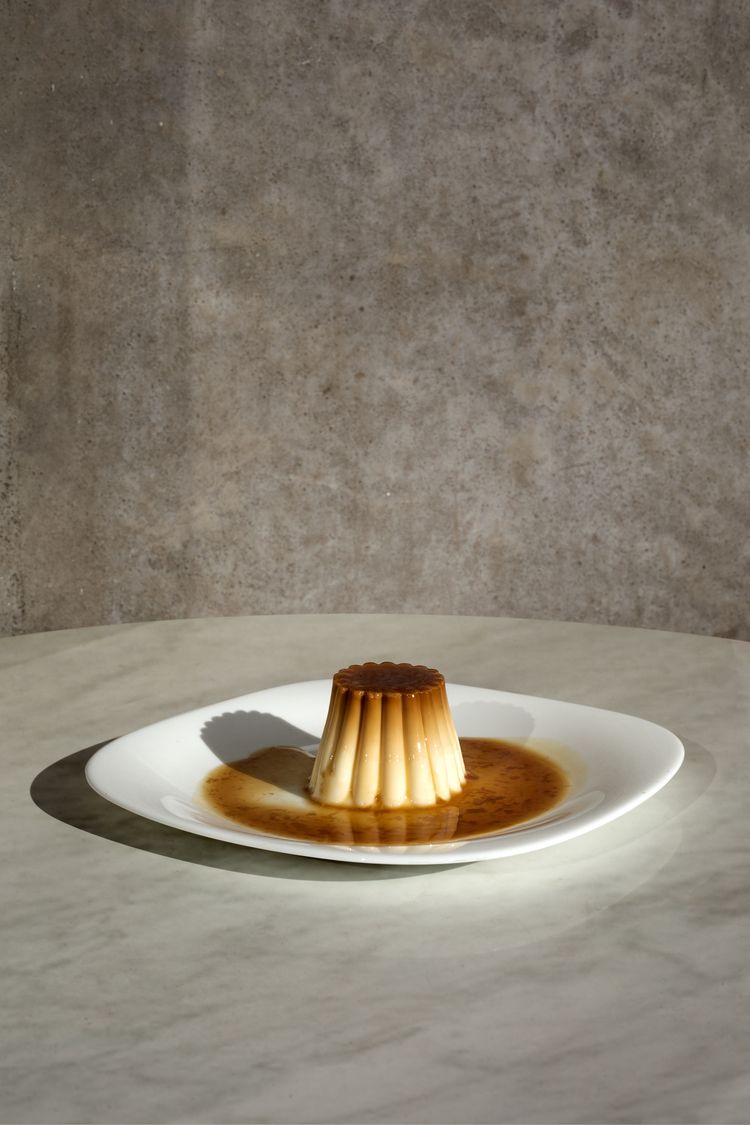 Life, in fact, can’t help yourself 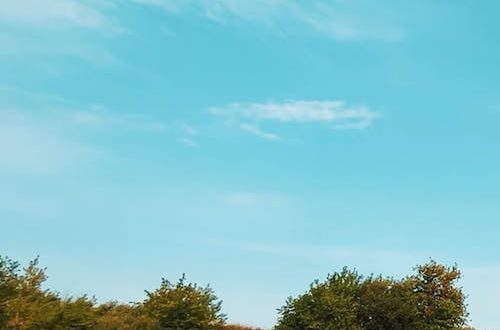 How can new energy vehicles resolve the “raw material dilemma”?