The initiator and leader of the supernatural expedition is 23-year-old Chen. In an interview, he said that two years ago he worked in a restaurant and the company arranged for him to live in an apartment owned by the company. He did not expect that the company dormitory was actually a haunted house. Approximately 25 employees live in the apartment, and there are three or four spirits, all of whom are female ghosts.
”Sometimes the spirit body can be seen from the glass. In addition, there are mango trees outside the house. Sometimes you can see ghosts on the trees when you open the window.”
It is understood that there was a fire in the apartment, and a family of five died. It was abandoned for a long time before being rebuilt. The most evil thing is that the apartment is located at No.4, 74th Road.
Chen said that from being afraid at the beginning to getting used to it later, the spirit body has never deliberately disturbed. Three months later, he was transferred to another branch to bid farewell to the murder house. He pointed out that since then he has become interested in spiritual bodies and has also joined a supernatural expedition composed of local forum netizens. After the team disbanded, he sprouted the idea of ​​forming a supernatural expedition.
The members of the urban legendary expedition have increased from 6 initially to 11 now, including two women. He told reporters that most expedition teams would choose to leave from 2 am to 4 am, because 3 am is the worst time. Before and after the action, they will worship to ensure safety; each time they leave the team, one or two masters must accompany them; there are video and photographs as live records. They will also carry flashlights, walkie-talkies, spirit detectors and gossip compasses.
Fan, a 27-year-old team member, added: “Due to limited funds, we can only purchase ordinary spirit detectors, but so far it has only been’appeared’ once, and the gossip compass has been’appeared’ more often.” She laughed and said that they would also carry self-defense weapons because they were worried that they could not find a ghost and hit the criminals. Although there were a lot of strange things during their expedition, but in the end they were all shocking.
The 21-year-old player Wang has “yin and yang eyes” since he was a child. It is said that he has seen ghosts-sometimes he can see the complete “human” shape, sometimes he can only see the half body; sometimes fuzzy, sometimes only by feeling. He confessed that once when he walked in an alley and saw a ghost with a half-faced face, he calmly brushed his shoulders with the opponent before turning around and vomiting.
Wang said that he worked as a broadcaster in a shopping mall two years ago. One day, the proprietress of a restaurant near the shopping mall said that a woman was packing leftovers, but she couldn’t find anyone after packing, so she asked him to broadcast to find it. Long after the factory’s broadcast, the proprietress walked into the broadcasting room and said that she had seen the woman walk into the broadcasting room. He looked back and saw a woman, knowing that she was a friend in the spirit world, he found an excuse to pull the boss’s wife out.
”As soon as we stepped out, the entire mall went out of power, and it returned to normal after 3 minutes,” he said. Later, they checked the surveillance video of the mall and found that at the same time, the camera outside the mall captured the woman entering the mall, but the camera inside the mall failed to capture the woman.
Wang said that when he encounters a ghost, he will pretend not to see it and will not tell his friends around him. When he was traveling with the supernatural expedition, even if he saw the spirit body, he would not immediately inform his teammates. According to Master, under normal circumstances, ordinary people have low luck and most of the ghosts they see are vague; but if the ghost fully manifests, it may be provoked.
Wang also said that although people do not commit ghosts and ghosts do not commit crimes, there are ghosts that deliberately harass humans. He said that in an abandoned plaza, a spirit body once rushed to him who was taking a photo with a mobile phone, but the mobile phone actually captured it clearly. Unfortunately, the phone was accidentally lost and the photo disappeared.
Haunted House Adventure 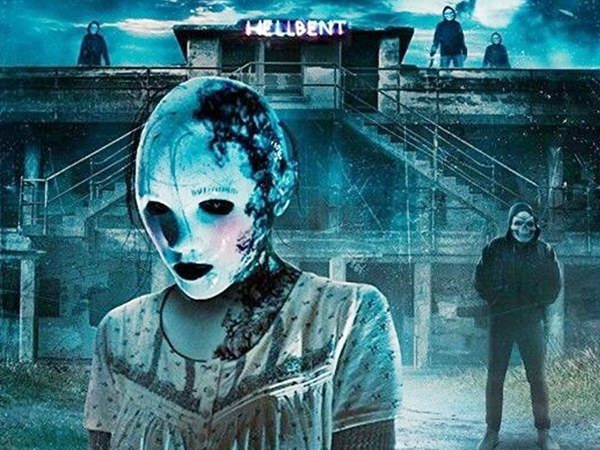 ”I was the second to last in the team at the time, and when I stopped with the companion who was walking at the end.
When the group arrived at the 7th floor, a chair suddenly fell on its own and the group fled the scene immediately . He said that the two dared not look back and continued to walk forward.
The second time, he and his friends drove two cars back to the Menggui Holiday House. When the two cars turned on their headlights to illuminate the surroundings, a white shadow suddenly passed by, and the broadcasts of the two cars were also disturbed at the same time. As a result, he and his friends hurriedly left before setting foot in the holiday house.
Footsteps from the abandoned railway

At the beginning of July last year, six team members went to an abandoned railway under the leadership of Master. Player Wang and another teammate were sitting on the train track to rest. They were about one or two meters away from the team on the right, but they heard a sound similar to stepping on a stone from the left back, and the sound was getting closer.
Although he has yin and yang heels, Wang said that because people have yang qi, the closer the ghost gets, the less visible it is, and then the sound of stepping stones disappears.
Fan said that at that time, other teammates used their mobile phones to take pictures of the surrounding environment. One teammate’s mobile phone quickly flashed a figure, but the photo was blurred due to the speed. Whether it is the spiritual body or not, no one can make a conclusion.
Abandoned square has spiritual bodies

A certain abandoned plaza in Johor Bahru has had many supernatural incidents. According to the legend, some tourists who first arrived in Johor Bahru saw the magnificent square and couldn’t help but go shopping, and then returned with a load. After leaving the square, I opened the shopping bag again, only to find that it was actually rubbish, and even some paper.
The spiritual expedition team entered this weird abandoned square twice to explore whether there is a spiritual body.
For the first time, the 6 spiritual expedition team and the master arrived at a nearby abandoned shopping building at 2 am. Master said that the building was “not to be seen.” After half an hour, the group went to the famous abandoned square in Johor Bahru. Upon arrival, the master informed the team members that a spirit body was watching them in a corner of the square. Player Wang and another player with Yin and Yang eyes also saw two spirit bodies staring at everyone.
Not long after the brigade entered the square, the players felt the wind and wind, but the camera could not record it. When the brigade went all the way to the end of the square, the whole group heard the woman’s screaming cry.
Player Fan said that when all the players were quiet, the sound of vehicles on the road also disappeared, and there was dead silence around the area. The team members immediately withdrew, and then a group of people walked into the Plaza Building, went up the stairs and headed towards the parking lot upstairs.
When Wang, who was walking in front, was about to go upstairs, he knew that there was a spirit body in front of him and wanted to ask his teammates if he wanted to move on. But when he turned around, he saw a shadow passing by and felt a chill. At the same time, the compass in Captain Chen’s hand was also shaking badly. It happened that the memory card of the camera was full, so the group decided to retreat.
Returning to the abandoned square for the second time, there are 6 male and 2 female players, accompanied by 2 masters.
As it rained that afternoon and water accumulated in the square, the group continued on the same route as the parking lot. No weird incident happened along the way. But when the team members were going to continue walking up from the parking lot, some of the team members faintly heard the sound and felt something was wrong. Captain Chen Mo turned around and saw a shadow disappear quickly.
Fan said that after the team members completed their exploration, the group of talents was informed by the master that a grieving spirit had been walking behind the team members.
Fan said that Master had hinted to the team members with a flashlight, but the team members did not notice, and Master could only use to drive away the spirit body. He felt pressure on his shoulders that day, and felt extremely uncomfortable.
They said that maybe because of too much contact with the spirit body, after each expedition, everything is not going well. A team member who participated in three expeditions in a month not only did not work well, but also had relationship problems with friends around him, and even broke his fortune.