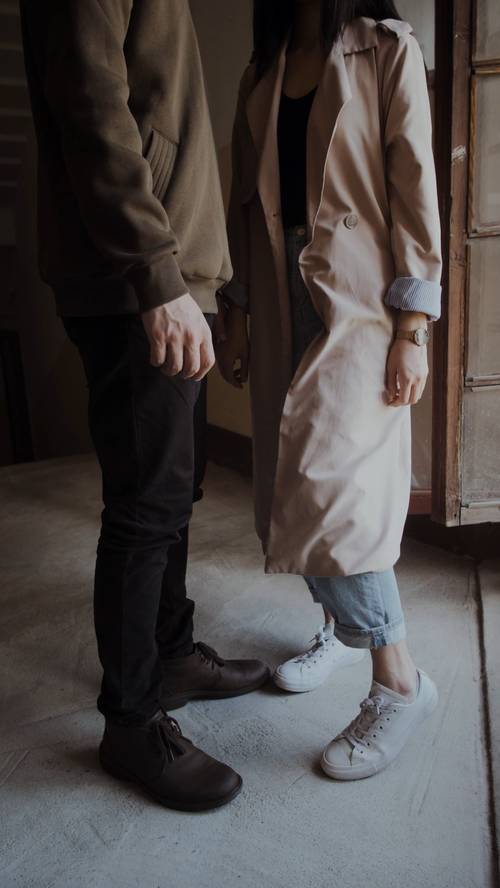 After months of silence, Berkshire finally pulled the trigger of the Elephant Gun. In the early morning of July 6, Beijing time, Berkshire and Dominion Energy reached an agreement to purchase almost all of Dominion Energy’s natural gas transportation and storage assets for a corporate value of US$9.7 billion, including US$5.7 billion in debt. . Many investors believe that this business means that Berkshire is beginning to see more of the U.S. economic recovery, or some people say that the US$4 billion in equity investment is worthless compared to Berkshire’s $137 billion in cash at the end of last quarter. Mention, wait. If there is no in-depth understanding and knowledge of the energy industry, investors may not see the beautiful investment logic behind this business, and the Buffett team’s prediction of the development of the natural gas industry in the next ten years. Especially this contains the energy business experience of Gregory Abel, known as the “successor” of Buffett.

Overweight the logic of “positive spread” for natural gas assets
Berkshire’s energy sector runs a portfolio of about $100 billion. The investment mentioned above is close to US$10 billion. So this business of Buffett’s team actually increased the scale of its energy sector by 10%. This is by no means a small amount. Incorporating this asset into the bag, Berkshire will own 18% of the U.S. intercontinental natural gas pipelines (8% before the merger), 35,000 miles of natural gas pipelines (27,000 miles before the merger), and will increase 900 billion cubic feet of natural gas storage space (equivalent to 11 days of total US natural gas production). Berkshire will become an absolute giant in natural gas pipeline transportation, controlling the heating and heating of 15 million homes in the United States.

To understand the reasons for this super positive price differential, we must first understand the current state of the US energy industry. As of last week, the daily natural gas supply in the United States is approximately 86 billion cubic feet, of which approximately 30% is not supplied by natural gas exploration companies! So who supplies the 30%? It is a shale oil company. These shale oil companies dominated by the Permian Basin, in the process of extracting crude oil, about 40% of their products are natural gas or natural gas condensate. This is determined by the special geological conditions of the United States. Due to the price war between Saudi Arabia and Russia in March this year and the impact of the new crown epidemic, oil prices plummeted, and WTI prices even fell to negative numbers. The blow to the US shale oil industry was fatal. Some famous energy companies went bankrupt. US crude oil production fell from 13.1 million barrels per day in early March to 11 million barrels per day as of the end of June. As crude oil production decreases, the associated gas (a type of natural gas) that accompanies shale oil extraction will also be greatly reduced. The number of crude oil rigs in North America fell to the lowest point since records last week. If the well is not dug, shale oil will be greatly reduced within six months, and this will lead to a decrease in natural gas supply, and natural gas prices will naturally rise. This is the logic of the super positive price difference of natural gas.

Use market sentiment to “perfect dip”
In addition to the precise timing of bottom hunting, the Buffett team also made perfect use of market sentiment. At the same time the deal was concluded, Duke Energy and Dominion Energy are deciding to abandon a $8 billion project called the Atlantic Coast Pipeline. Environmentalists in the United States hate the extraction and transmission of fossil energy. In their constant legal battles, they found that lawsuits against the exploration and mining industries are not easy to fight, while the midstream pipeline transportation lawsuits are relatively easy to fight, so they focused their energy on attacking the midstream pipeline transportation company. This strategy was very successful, but it also caused a lot of negative effects. For example, because some residents in the eastern United States did not have enough natural gas pipelines, they often relied on propane bottles transported by trucks for heating in winter. These lawsuits have severely affected some midstream companies, such as EQM in the Appalachian Basin. EQM’s MVP pipeline project has been delayed for many years, repeatedly exceeding the budget, and the stock price has been neglected by the market for a long time. Although the Supreme Court ruled that EQM was allowed to build MVP in June, the huge overrun cost has been irreparable. Such a legal environment annoys Duke Energy and Dominion Energy. Therefore, while abandoning the ACP project, Dominion Energy also decided to release the existing natural gas pipeline and storage projects as soon as possible. According to Thomas Farrell, CEO of Dominion Energy, he did this to reduce the legal risks faced by the company.

“Shooting under the background of others having to sell assets” has always been Berkshire’s creed, so this transaction can be said to be very “Buffett”. Dominion Energy focuses on the legal troubles that these assets may bring, and Berkshire Energy already has 27,000 miles of pipelines. They know how to deal with similar legal issues, so this merger is very strong. Synergy. Furthermore, Berkshire Energy only dared to act “greedy” when it saw the “fear” of others about fossil energy assets, because they knew that 1) Strict supervision restricted the entry of competitors and increased existing assets. Future replacement costs; 2) The demand for natural gas will increase by about 20 billion cubic feet from 2020 to 2025. This demand growth and the price recovery mentioned above will provide excellent support for the midstream natural gas transportation pipeline business.

From a valuation perspective, although we do not have precise information, we know that this business acquired mainly pipeline transportation and storage businesses, and Dominion Energy has revised its operating profit by 92.5 cents based on the median earnings per share estimate. , That is, an operating profit of US$745 million, or a net profit of US$600 million. Based on an equity value of US$4 billion, the corresponding P/E ratio is approximately 6.7 times; the pipeline transportation and storage business’s revenue totals 9.8 billion, 25% The LNG export transportation business corresponds to roughly 1.1 billion U.S. dollars in revenue, a total of about 11 billion, which means that the market-sales ratio of this business is about 3.6 times. Among similar companies, Energy Transfer has a forward P/E ratio of 6.7 times and a P/S ratio of 3.3 times. Therefore, the price of assets acquired by Berkshire plus Control Premium is no more expensive than energy transportation, and energy transportation has fallen by 50% since the beginning of the year! This shows that Berkshire is steadily copying midstream natural gas assets.

Greg Abel and Berkshire’s energy business
After understanding the logic behind Berkshire’s investment, perhaps besides admiring it, I wonder who in the Buffett team did this? This person is Gregory Abel, who is most likely to inherit Buffett and become chairman of the Berkshire Empire. In October 1999, Buffett spent $2 billion to buy a 76% stake in MidAmerican Energy. At the time, the price-to-earnings ratio of the acquisition was approximately 17.4 times. The specific investment details are more complicated, but the purchase price of Buffett is actually much lower than the P/E ratio at first glance due to some special trading arrangements. After the author’s adjustment, it should be about 12 times. In that year, Sino-US Energy’s total assets were US$9.1 billion, shareholders’ equity was US$830 million, net profit was 127 million, and operating cash flow was 344 million.

Seeing this series of numbers, investors can easily think that this is a high-tech company, but in fact this is just a utility company! Since 2000, users in Berkshire Energy’s Iowa state have increased their electricity bills by less than 20% in 20 years, while other Iowa utilities’ electricity bills are substantially higher than Berkshire’s 61 %. At the same time, Berkshire Energy has made an indelible contribution to clean energy. In 2021, Berkshire Energy will generate 25.2 million megawatts per hour of electricity through its own and operated wind turbines, enough to cover the electricity needs of all its users. These great achievements are absolutely inseparable from the hard work of Greg Abel. In addition, Abel’s personality is also very consistent with the corporate culture of Berkshire. Abel is 57 years old this year and has a reputation for being good at smart transactions in the industry. He doesn’t like spotlights or attracting public attention. Presumably, those who have listened to this year’s Berkshire Shareholders’ Meeting will never forget Abel’s gentle and humble image. This personality trait also ensures that Abel thinks rationally and is not moved by emotions when doing business. These qualities are exactly what the next Berkshire chairman needs.

There are many people who worry about whether Berkshire will sink when Buffett and Munger are gone. I think this kind of worry is likely to be a mediocre disturbance. Buffett’s two veterans, Greg Abel and Ajit Jain, have created value for Berkshire’s shareholders even more than Buffett himself. According to Charlie Munger’s description, Buffett’s relationship with Ajit, the chief helm of Berkshire’s insurance department, is like a father and a son, and Ajit has created at least 50 billion for Berkshire during his tenure. The value of the dollar. The aforementioned Berkshire Energy has also created approximately $66 billion for shareholders in the past 20 years based on the average valuation of utilities. So, what reason do we have to believe that Agie and Greg cannot better continue Berkshire’s compound interest myth? 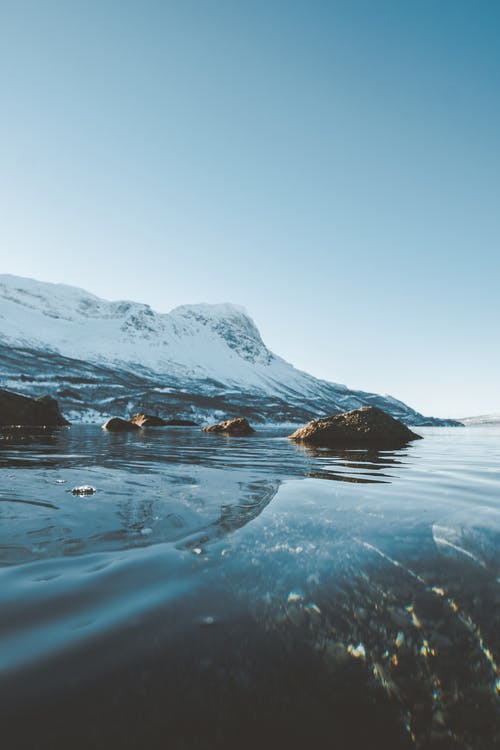 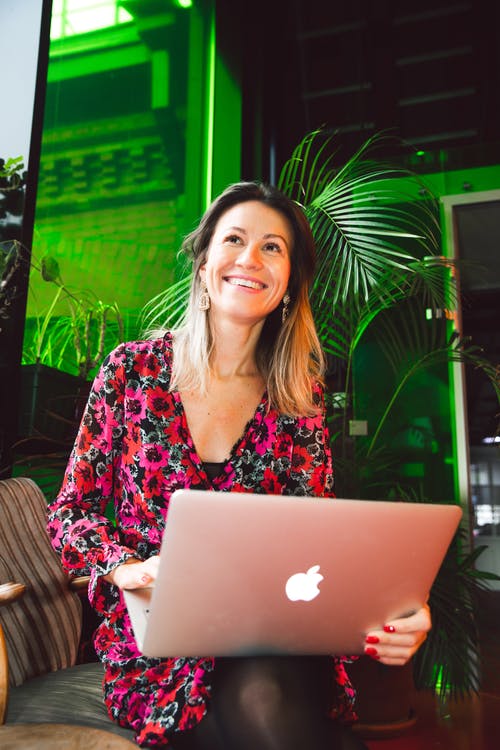 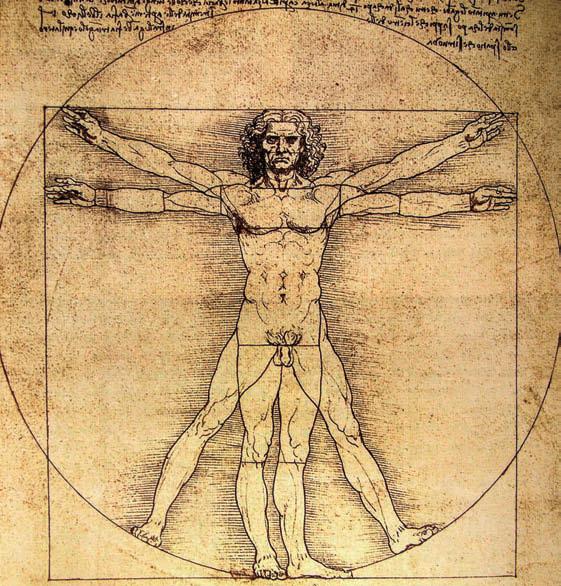