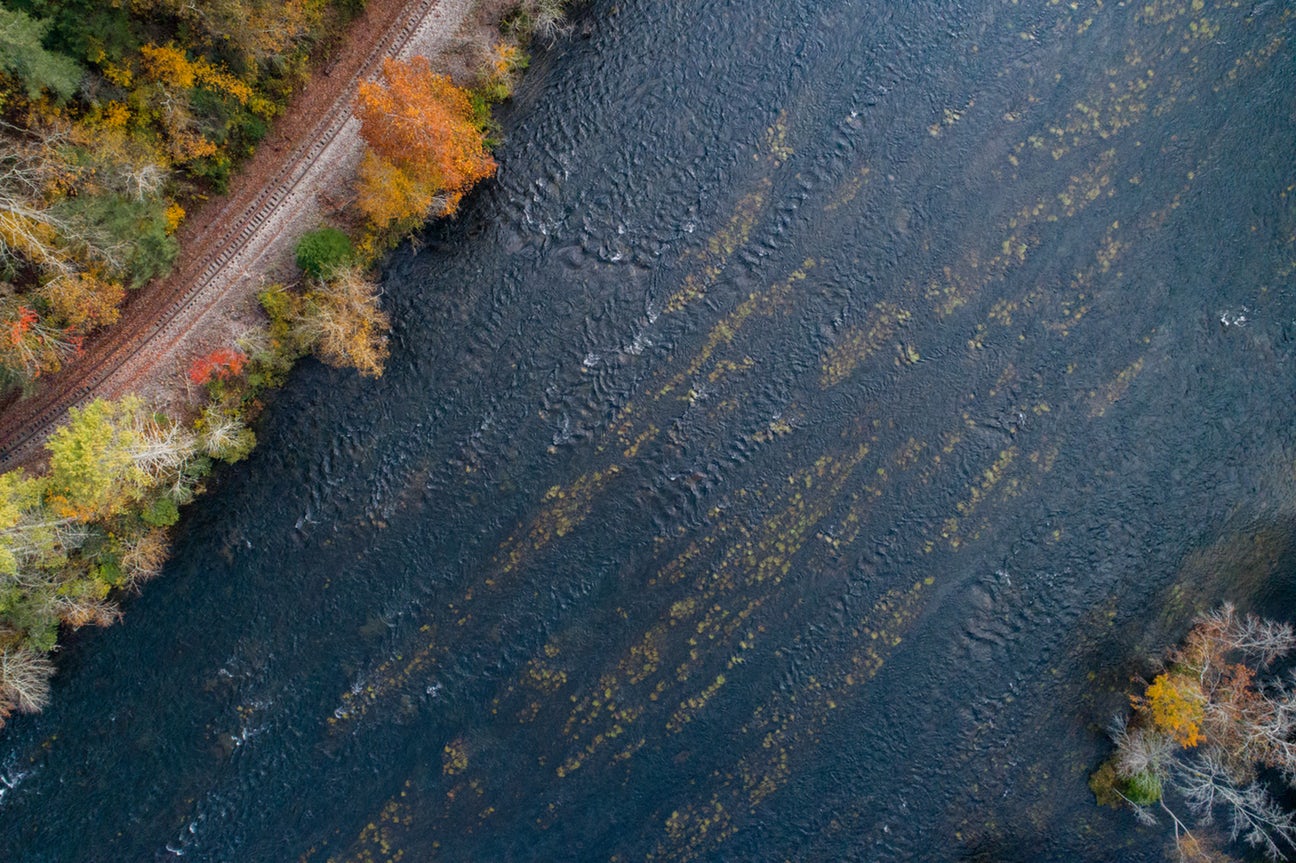 There are many sci-fi movies that are telling about the doomsday world. For example, in “I am Legend”, the virus mutates almost all humans, but the protagonist has innate immunity. After the catastrophe, he survives alone in the city ruins and seeks to restrain the virus. Methods.

If one day the end of the world really comes, humanity is almost extinct, and you are one of the few survivors on the planet, maybe only one person in the whole city. Then when you wake up, you find that the street is empty, the house is shut down, there is no gas or heating, the whole world is desolate, the silence is terrible, what should you do to survive? What kind of abilities do you have to develop and even recreate human civilization?

The first few days after the end of the day: orientation and diet

After the end of the day, first of all, there is no electricity, because once the monitoring and maintenance is stopped, the power station will face embarrassment, and there will be no electricity available on the grid. After the power is turned off, the backup generator of the Internet server will start automatically, but when the fuel is exhausted, the Internet will no longer be used. Searching for information online, contacting survivors, etc. will not be possible. There is also a communication base station that will also be powered off, and the mobile phone is definitely not signaled.

However, if you can find clean solar panels, or find portable generators (such as on some construction sites), then you have electricity available, and in the short term, the surrounding household appliances can run normally and maintain their lives.

Although the mobile phone has no signal, it can still be used, especially the smart phone can determine the direction and position. The magnetometer in the phone allows the compass to continue working, and if you download an offline map in advance, the phone will greatly expand your range of activities. Another feature that can be used is GPS navigation. In the absence of maintenance, GPS satellites in space will still work for a period of time, but the navigation accuracy will continue to decline. After about 6 months, the degree of decline will make the navigation deviation too large to be used.

Then, your most urgent need is to prepare bottled water and canned food, as well as a set of out-of-the-box outdoor clothing.

In the first few weeks, you may encounter other survivors (and may be encountered months or years later). If you are a stranger, you must be vigilant until you are sure that you are safe. You have built a foundation of mutual trust before you can rely on each other to warm up. At the same time, this will greatly increase your chances of survival, such as cleaning up the ruins more efficiently and finding what you need.

During this time, your city area will definitely be quite disgusting. The body rots and stinks; pet dogs are hungry and ruthless; urban lighting is rampant, tap water cannot be disinfected, and even contaminated.

The most important thing is that the city is covered with asphalt and concrete everywhere. If there is not enough food supply, it will be very difficult to survive in the long run. So in the world after the end, the best place to live is the countryside. You should find a traditional farmhouse that can cook and cook, cook, and grow vegetables and poultry. Of course, you can also go to the city to “sweep up” at any time, bring out useful things as much as possible, and make long-term plans.

When the bottled water consumption is similar, you must find new clean drinking water, be sure to ensure the water quality is safe, and avoid drinking water infected by the bacteria. You can boil water to kill pathogens in the water, but this will consume a lot of fuel. If you don’t find enough fuel, this is not a good idea.

You can also find water purification tablets in the city, which is convenient for disinfection. After that, you have to learn to use some simple chemical methods to disinfect. Kitchen bleach can be used, or swimming pool disinfectants (such as sodium hypochlorite, calcium hypochlorite) – in fact, urban tap water is disinfected in this way. Of course this must be diluted, otherwise too much dose may poison you.

There is also a more convenient method of disinfection – sun disinfection. This is a technology widely promoted by the World Health Organization in developing countries, which requires only one plastic bottle. Fill the plastic bottle with water first, then put it in the sun for a day or two to ensure adequate sunlight. Sunlight contains ultraviolet light that passes through the bottle and kills pathogens in the water.

In addition, hand washing is also a way to effectively inhibit the spread of germs. Use animal or vegetable oil, add alkali, and cook with water to make soap. Alkali is an important chemical in human history that can be extracted from the natural environment. Potassium (potassium carbonate) can be extracted from wood fire ash, burned seaweed, or other salt-tolerant seashore plants such as sea bream. For example, in Scotland and Ireland, seaside residents have been collecting algae for centuries to make soap.

After one or two years, if the stored food is finished, you must grow your own food. It is simple and easy to grow vegetables and fruits, but it is also necessary to grow cereals. After all, this is the staple food, like wheat, rice, corn and the like. The grain is actually a grassy plant that grows fast and produces rich grains (seeds). For the human body, grain is a very important source of nutrition and energy, because the glucose required by the body is basically from the grain.

Planting cereals requires agricultural tools such as plows and hoes. You can search from the ruins of the city or you can make it yourself from scrap steel. But the key is that you have to make sure that the land is fertile and not bad for years. At first, you may find some fertilizer from the city, but in the long run, you must use animal manure (including your own) to fatten the land (nitrate); you can also dissolve the bones in acid to make it Precipitating phosphate can also be used as a land fertilizer. In addition, regularly sprinkle chalk or lime lime in the ground, which will prevent the acidity of the soil from rising; and circulating cereals and legumes such as peas, lentils, and alfalfa in the ground, which will further protect the land and enhance fertility. .

When agriculture is developed, sufficient food supplies can be guaranteed. If you have contacted other survivors and live with them, then one person may be able to support 10 people. These 10 people do not need to be confined to the land, they can focus on other skills, then technology, literature, medicine, etc. will gradually develop, social division of labor will begin to emerge, and civilization will hope to prosper again.

The first one or two decades: energy supply

With the development of agriculture, settlements no longer depend on the ruins of the city, and they are self-sufficient and affluent. What is most needed at this time is some traditional skills, such as iron, forging, and engineering skills. There is also a need for sustained energy supply. The development of civilization requires a lot of energy, especially the energy brought by mechanical technology, such as waterwheels, windmills, steam engines, steam turbines, and internal combustion engines, which can liberate people from physical labor.

The energy of early human society was basically derived from wood, such as acids, alcohols, organic solvents, tar and other important chemicals, which can be obtained by “dry distillation” (carbonization). Bake the wood in a sealed container and collect the released steam as the wood gradually turns into charcoal. This gas is an efficient energy source that can be used as a fuel for automobiles. During the Second World War, more than 1 million cars were powered by wood steam on European roads.

In the late 19th century, humans began to use coal and oil in large quantities. But in the world after the end of the day, it is clear that there is no need to re-exploit oil, because now all the shallow and easy-to-exploit oil has almost been exhausted. However, you can use refined animal or vegetable oils to react with methanol and alkali to make biodiesel and fuel the machine. The formaldehyde is also called wood essence, you can dry it out from the wood; the alkali can be made. By baking chalk or limestone, you can get the quicklime and react it with the soap.

In addition to the main energy sources, you can also extract other useful chemicals, such as ethanol. Fermenting the grain and then distilling it gives ethanol (high-density alcohol), a versatile organic solvent and an efficient disinfectant. In addition, charcoal can also play a huge role, it can not only be used to smelt iron, forged metal, fired bricks, glass, but also a chemical reducing agent that can smelt metal from ore.

Hundred Years after the End of the Day: Development Science

After a hundred years, you are probably gone, but your ethnic group is still there. How do they develop in the last society? The only way is to observe nature, understand the laws of nature, and translate this understanding into specific principles, laws, and then into practical techniques.

This is actually science, that is, after observing the understanding, design the experiment to verify, and then further summarize. In fact, science itself is the unique gift of nature to human beings. Humans have “invented” a machine for making knowledge.

For scientific exploration, some tools are necessary, and one of them is absolutely indispensable. This kind of thing is hard, inert, completely transparent, it is magical glass. Glass is very useful: it can be used to make test tubes, observe chemical reactions; manufacture thermometers and barometers, know temperature and pressure (prerequisites for manufacturing techniques, such as steam engines, internal combustion engines); manufacture microscopes and telescopes to expand human horizons; Used to study light, in the form of reflections and refractions. To make glass, you only need to prepare three raw materials: quartz, soap and lime, which you can collect from sand, seaweed, chalk (or limestone).

With scientific tools and rational inquiry, the end-time society will surely recover from the ruins and avoid repeating the ancient tragedies of human society (such as the dark ages of European Europe). This may take a long time, but as long as the human wisdom is properly applied, it is entirely possible to rebuild a society as prosperous as it is today, and even to a new height. 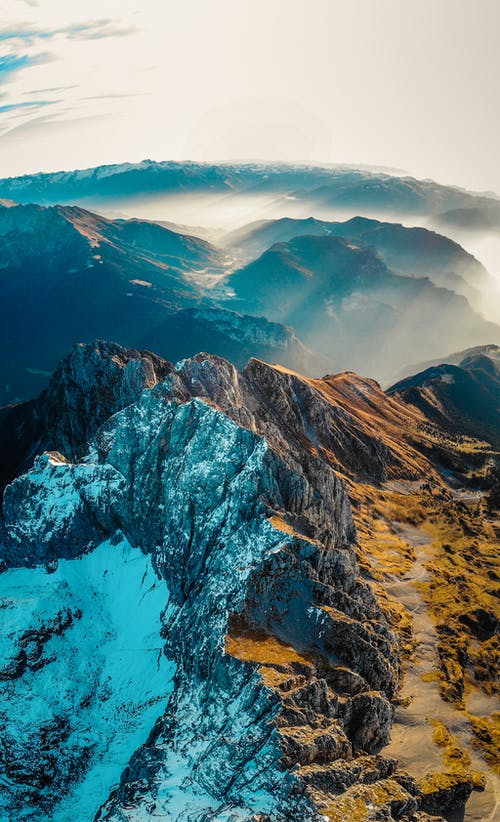 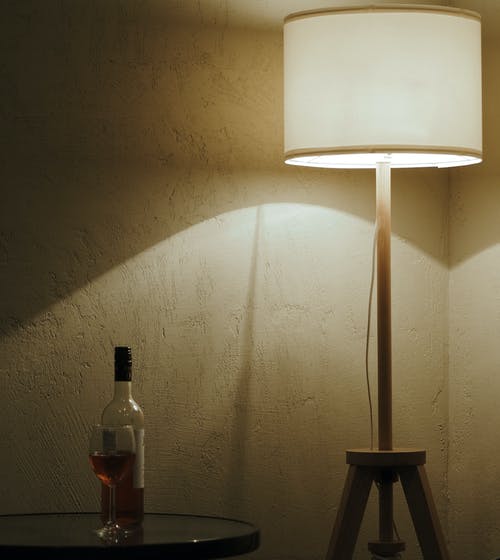 In what form will the metaverse come 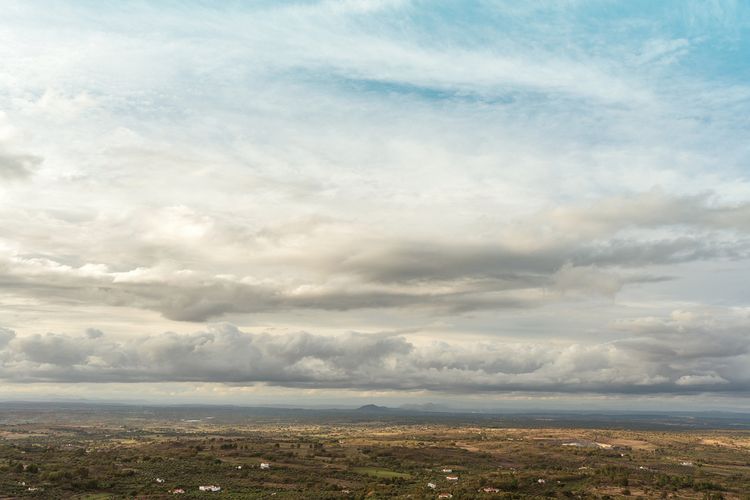