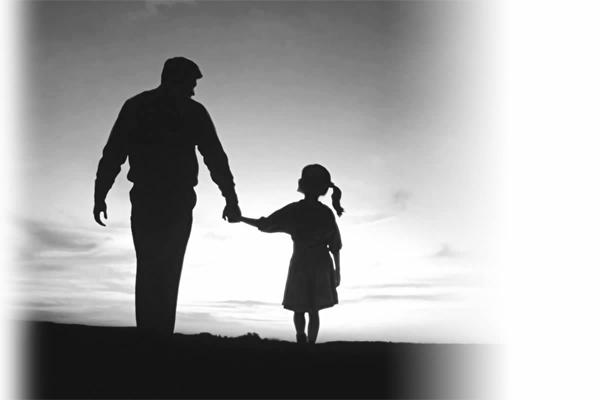 At that time, I thought my father disliked me as a girl. After many years, I realized that my dad meant that with my character, if it was a boy, the fate might be more open.

What kind of personality am I?

Big and embarrassing, informal, buy food never ask for the price, buy a house to pay for it, do not want to spend time on a matter that has already been decided or is a foregone conclusion.

And my friends are different appearances: weak and gentle, gentle and quiet.

2
In high school, there was a girl with a round face, bright eyes and a smile on her face. She and I have different classes. We both know each other somehow. They come together every day, go to the cafeteria to cook, and talk during the class.

It is extremely impressive that every time we go to the free review time before the exam, we will hide in the corner of the playground and ask each other questions with the review materials. When we answer correctly, we will giggles and make a mistake.

The review was exhausted. We looked at the wild grassy playground and sometimes climbed to the riverbank outside the playground to see the wheat fields, woods and villages in the distance.

If she is cold, she will look back and say softly and firmly: “You will be different in the future.”

After the college entrance examination, we were admitted to different schools. See you again, after graduation from college. She is a clerk in the state-owned enterprise. I am a reporter in the newspaper office. I traveled through the city where she worked, meeting, hugging, and talking.

To my surprise, she has always been timid and timid. After she was admitted to college, she bravely confessed to the boys who were secretly in high school, and talked with each other about bitter and sweet long-distance love. And I seem to be brave and decisive, I would rather have buried a person in my heart for a long time, and I dare not say it.

It turns out that affection is like us, and no one seems to be as simple as that.

Goodbye after that time, it is 10 years later.

In order to end the long distance relationship, she bravely resigned from the well-paid state-owned enterprises and followed her lover to the south. After the two daughters were born, in order to accompany the children, she resigned decisively and returned to her home town to become a full-time mother.

I went back to my hometown to see her.

It rained a lot that day. Far away, I saw her standing on the side of the road with her umbrella. The big eyes still flashed the clear and bright at the age of 16 and eagerly searched for me in the crowd.

I ran to the rain in the rain, she took my hand, said nothing, laughing with a smile, laughing and laughing, tears falling down like rain.

After eating, she sent me away. We walked along the river bank next to the high school, holding hands and talking about the broken words. The wheat field beside the river bank turned into a park, the village became a building, the woods were cut down, and we were no longer young, but the two hearts were not separated, just like the age of 16.

In the past three or four years, she stayed in her hometown and gave birth to a son, becoming more busy. And I opened a public number, the interview ran away, and buried hard.

However, in the middle of the night when the children fall asleep, she will open my article and read it in one sentence: “I feel very kind when I see your name.” I will also look at her circle of friends when I am quiet. Feel her long and trivial happiness.

I don’t know, I have become “unusual” as she imagined. What I know is that only one son, I can’t regenerate my daughter, but she has two lively and lovely daughters. She loves writing, gives up writing for her livelihood, and I write every day.

We are on different tracks, and it seems to be drifting away, but we seem to have never separated, and we have become the desire of the other party.

3
When I was in college, there was a girl in the same dormitory, who was thin and tall, fair and white, and kind and gentle. Probably the family is similar, and it is probably that she is tolerant of me. Gradually, we will get better.

Go to the lecture room together, go to the library to take the place, go to the old book stalls, go through the old city and walk far and far.

In front of our dormitory, it is the high steps of the stadium. On the rare summer night of the moon star or the autumn of the fragrant cinnamon, we sat on the steps and spoke. Say the embarrassment and confusion of childhood, say the expectations and shackles of the parents, and say the future assumptions and uneasiness. Occasionally, they also talked about boys who were not obsessed but could not approach.

At that time, I have started writing articles. She will help me see the wrong words before each submission. After reading it, she always said softly and softly: “You will definitely write better.”

After graduating, she went to Shanghai in postgraduate studies, but I came to work in her hometown. In the days when she has not yet married, she will come back to me every year and bring me a lot of books: from Zhang Ailing, Li Wei, Zhou Guoping to Watanabe Ichi, Haruki Murakami…

I was deeply impressed by the fact that before the Spring Festival, she came back for the New Year, and the snow fluttered outside. We sat around the bed and read something like this:

The wind trembled, and the heart moved, and how, after all, the land was scattered.

There is a soul in the flower, and the letter is sentimental. If you don’t believe it, you will feel bad.

Innocent smog, there is a faint entanglement, but also a tassel.

After reading it for a few times, after some hard work, we finally understood that these four sentences respectively represent “wind, flower, snow, moon”, and then the two will laugh together.

Later, when she showed me the wrong word, she married and had children in Shanghai, bought a house and settled, became the editor of the publishing house, and worked as a word.

And she believes that the more I write, the better I have. I never give up on writing, I work hard on the day, and I am the author of the book.

In the role we are destined for, we are doing what we are good at. In the days of gradual fading, we are far from sewing each other’s life.

She lives in a city that I wanted to go to but didn’t end up in the past. I settled in the hometown she always missed but rarely came back.

She is the distance I am trying to go. I am the hometown of her thoughts and thoughts. We have become each other’s past and dreams.

4
Over the years, I have drifted away from many friends and socialization has become easier.

However, the friends who are now around will take time to meet and be safe. Sometimes, just walk and talk together and watch a movie together.

But in every moment together, I will open my heart and give the other person deep and quiet companionship.

I think that in the days to come, we may gradually drift away for various reasons. At this moment in the moment, we should be accompanied by our wholeheartedly.

In the past two years, there has been a general feeling of sadness, that is: Why are good friends drifting away?

In my opinion, a good friend is to gradually drift away.

Because we have our own missions and dreams, we have their own lives and weights, we must be drifting away from home, staying in our hometown, or wandering far away, with gains, or short lengths.

Gradually drifting away is the original appearance of life, the best growth of friendship, and the truth of life.

In the days when I met each other, I accompanied you, saw the village and the wheat fields, and enjoyed the stars and the moon. I had joy and embarrassment, and gave warm words and affection.

So, for the rest of my life, goodbye or no longer see, I can recognize you in the crowd and miss you in the back of the passerby.

Because, I know: life, this way, you accompanied me. Even if you are separated, you don’t have to be too upset.

Those who have exchanged souls have never lost each other. Even after drifting away, it is still the flesh and blood of each other, still the fireworks in the memory of the other party, still the persistence of their own lives.

Thank you, my best friend.

When I met you, I became very rich inside. 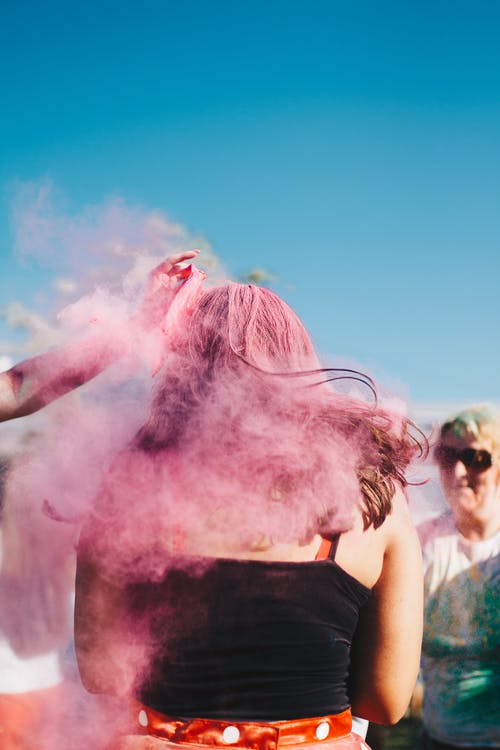 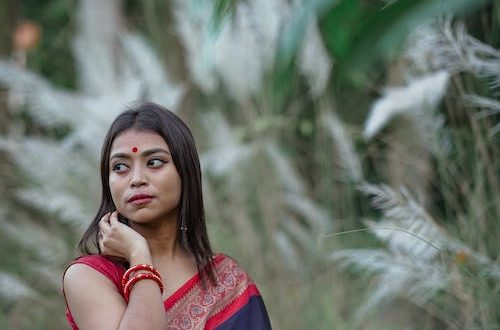 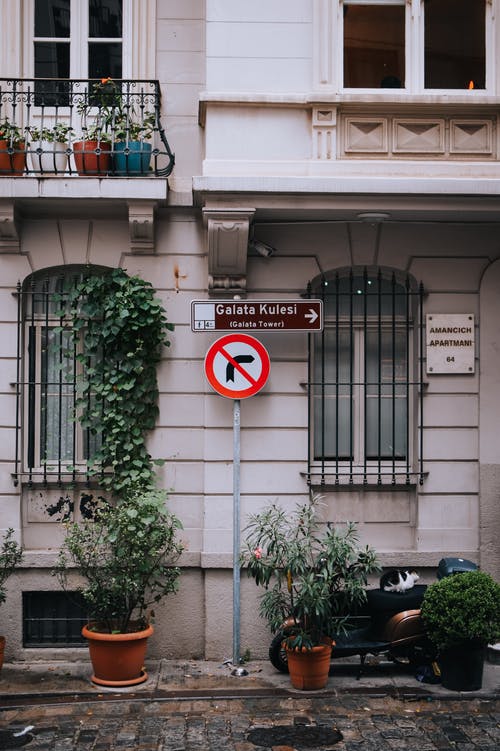 The “leek stock” is also worth investing in