There is such a city. For Europeans, this is the East, and for Asians, this is the West. It is the largest city in Turkey and Istanbul in the Eurasian Continental Bridge. The azure Bosphorus cuts history and modernity. There are mountains, seas, cultural blends, and taste collisions.

Like the rain and dew that meets the cold and hot air in the sky, the cold and warm streams in the ocean meet and multiply, and the Eurasian social culture meets here, leaving a Turkish taste of “mix and match”.

A Turkish poet said: “Don’t underestimate each dish just because it is called food, but it is something that is blessed under a complete civilization.” 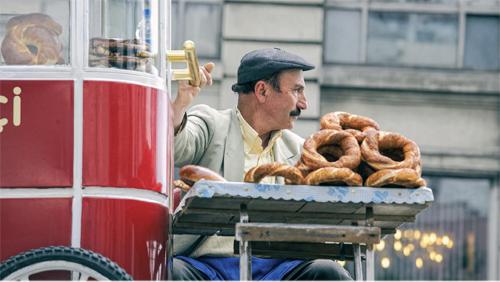 “The pastor fainted”
Every morning in Istanbul, people are awakened by the smell of toast in the bakery.

Bread is definitely an indispensable staple in the Turkish diet. No matter which restaurant, there will be a plate of bread on the table. Even if the customer orders noodles or rice, the Turks still need bread. Especially for meals with sauce, bread is the “hands-on” tool used to pick up the last bite of sauce.

Strolling on the Galata Bridge and admiring the Bosphorus, you will be tempted by the fish ribs on the barbecue stalls. The grilled fish chops, sprinkled with chili, curry powder, chopped vegetables, cheese, sandwiched in baguettes, a bite, fresh and crisp, full of fish. The Turks never succumb to the praise of their own food, they will tell the customer – this is the taste of Turkey from the ocean.

Turkey is one of the few countries in the world that has access to locally needed ingredients and has surplus. Excellent geographical and climatic conditions, rich and varied crops. “Do not eat from time to time, not eat fresh.” The freshness and deliciousness of Turkish ingredients can be seen from one of the most famous eggplant dishes – “The priest fainted”.

Fresh eggplant with tomatoes, onions and garlic, simmered in olive oil and cooked, tastes rich and original. Legend has it that a pastor tasted the first bite and fainted because it was so delicious.

The Turks will judge the food with their solemn and proud tone. Their cuisine is social, seasonal, and needs to be tasted.

In Turkey, spices are widely used in meat, salads or soups to create a delicious dish: white sesame is often used as a Turkish dessert, or sprinkled in the middle of bread; thyme is added to the tomato and cucumber salad for breakfast; red pepper powder and fennel It is a perfect match for roast meat; allspice powder with ground meat, dried mint with dried cucumber, cinnamon with green rice pudding…

In addition to focusing on how spices are paired with ingredients, the effectiveness of the spice itself is a deep learning. Like mint, it can be said to be the most used spice in Turkish meals. Tea with mint and lemon can effectively relieve stomach pain and bloating. Laurel is often used to make soups, ketchup, or “frequent customers” in rice and meat dishes. Because laurel can slow down neurotic pain, it is often used for pharmaceuticals. Turkey consumes almost 1,500 tons of coconut powder flavor each year. Coconut powder is most common in desserts, and it also helps digestion and reduces flatulence.

However, you should be careful when eating pasta in Turkey. Poppy seeds are often added to the noodles, especially round cakes (??rek) – many tourists are more and more “addictive”.

In short, the spices are not only the embellishment of Turkish dishes, but also the final touch of the whole food “finishing the finishing touch”.

Celebration and thanksgiving
The food in Turkey is not only used to fill the stomach, but also the Turks celebrate the community and life, and grateful for the gift of nature and life.

The family table is an important place for Turkey to carry food. On special days, the mother of the family will make a “Yapark sarma”, the production process is rigorous and the ceremony is full. The boiled grape leaves, wrapped in fried rice, blackcurrant, pine nuts, beef and spices, are rolled into a finger-sized rice roll, cooked with olive oil, lemon juice, water and then allowed to cool.

When you eat, it will be served with yogurt, yogurt or tomato sauce. This seemingly simple but laborious dish is a “mother dish” that Turkey often appears when returning home or returning to the holidays.

The cuisine made with a variety of spices is a kind of taste rooted in the bones, a taste about home and about belonging. The fragrant fennel that makes people feel restrained, the fragrant cinnamon, the garlic with provocative taste… The family gathers together because of the delicious food, there is controversy and joy; the family is worried about each other because of the delicious food. And miss, no matter how far apart.

Like China, Turkey has a long history of civilization and ancient history. For thousands of years, different civilizations have painted their own colors on this land, and they have created the “mix and match” of Turkey today. It is often said that the memory on the taste buds is the exclusive memory of a country, a region, and a generation.

History has given Turkey a colorful background. The unique regional characteristics and culture enrich the Turkish connotation. The East and the West, history and modernity blend together to form today’s unique Turkish “taste”.

Turkish Food Tips
Turkish dumplings (Mant?)
One of Turkey’s oldest foods originated in the far-flung Central Asia region and was legendary when it came to Turkic and Mongolian marches. The boiled or fried dumplings are boiled in tomato puree and boiled with garlic puree, yoghurt, melted cream and spices. A delicious sauce combination of Turkish dumplings is released.

Fish Bread (Bal?k)
The breaded fish is a very “Istanbul-style” street snack. After the squid is fried or grilled, put it directly into the loaf, add some onions, lettuce, and then squeeze the lemon juice, you can eat it directly.

Terrine beef
Cappadocia pottery dish, with selected veal with onions, tomatoes, bell peppers, green onions, etc., plus the secret sauce, put in a clay pot sealed with foil paper. The pots are completely sealed during the roasting process, and the aroma of beef and vegetables is constantly colliding in the tank. Finally, use a small hammer to gently knock the pots and pour the food into the dish. 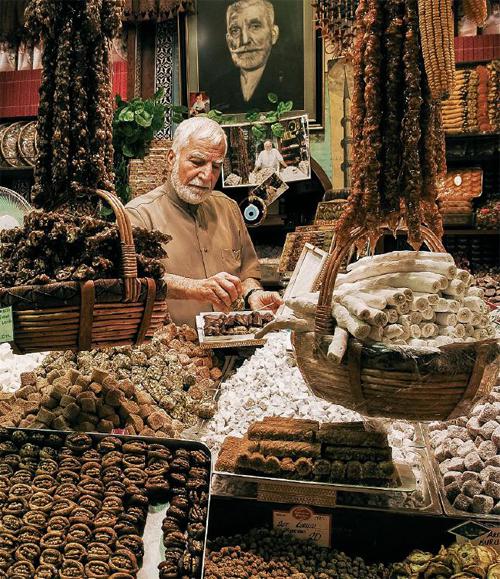 Bursa Grill (?skender Kebap)
Originating from Bursa, near Istanbul, the essence is the perfect combination of rich tomato sauce and sliced ​​barbecue. Melt a piece of sheep butter in the pot, pour a large amount of tomato sauce, sprinkle with salt, fennel seeds and other spices, boil and pour on the thumb-sized cake on the bottom of the plate. Then cut the sliced ​​lamb slices in a pan and fry them. After the meat is discolored, spread it on the clams and finally pour a layer of hot tomato sauce and melted butter. When eaten, served with white solid yogurt, not fat or greasy, full of mouth and fragrance.

Turkish rice pudding (Sütla?)
Dessert made with rice and milk. The layer of the rind of the pudding is baked at a high temperature, slightly blackened, and the taste is more abundant. The cooked rice is mixed in a fragrant milk pudding with a dense mouth resembling cheese.

Turkish Lentil Soup
The raw materials are lentils, soups, onions, tomatoes, butter, etc., which are made together, steamy and have a strong aroma. When you eat, you can sprinkle with chili powder, or squeeze a little lemon juice, a sour and spicy feel, hot and sour appetizer.

Baklava
An oriental version of a layer of shortbread, layered on a layer of butter, with a variety of nuts sandwiched in the middle, after being baked in the oven, topped with honey or sugar syrup, is the Turk afternoon One of the favorite desserts of tea.

Turkish delight (Lokum)
A snack made from starch and sugar, often mixed with rose juice or lemon. It is usually pale pink, soft, and similar to jelly, and sometimes even slimy. The surface is often sprinkled with a layer of sugar or copra, and some also add a small piece of pistachio, hazelnut or walnut. The general taste is cinnamon and mint. Lokum’s Turkish meaning is “comfort to the throat”, translated into Turkish delight.

Turkish coffee
A coffee that uses the original cooking method, which is divided into three flavors: bitter, slightly sweet, and sweet. The Turks drink coffee and the residue is not filtered. When tasting, most of the coffee powder will settle at the bottom of the cup. It is said that after drinking coffee, people can put the coffee grounds deposited on the bottom of the cup on the plate and divination on the day according to the appearance formed on it.

Turkish black tea
It is made from a unique double-decker Turkish teapot. When pouring tea, a filter is placed in the glass mouth. Generally, the tea in the small teapot is poured into half, and then the boiling water in the half teapot is poured. A good black tea has a moderate amber color. Turkish black tea tastes slightly bitter if it does not contain sugar. Generally, two cubes of sugar can be placed.