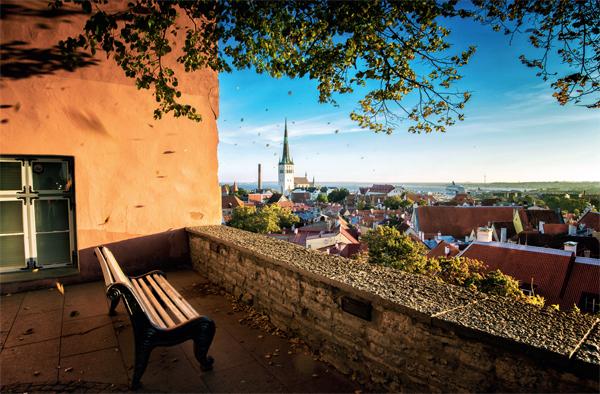 The manager of the Veru Hotel groped for a long time in a long list of old keys and finally picked out a heavy iron door that opened the secret room.

In front of the floor-to-ceiling windows, the magnificent medieval old town of Tallinn, the capital of Estonia, has a panoramic view. The original meaning of Tallinn is “Danish bunker”. More than ten red roof towers are connected into towering walls. The red roofs are sometimes carved into the Nordic-style church towers, and sometimes the domes of the Orthodox Church are golden. flicker.

Forty years ago, people standing behind this glass curtain wall were afraid to watch the scenery. In 1972, the Soviet government took a fancy to the treasures outside the Old Town of Tallinn, and built the first high-rise hotel in Estonia. Foreign tourists are attracted by the beauty and flock to it. What they don’t know is that in the secret room on the 23rd floor of the hotel, the KGB personnel are monitoring their every move.

Walking up to the balcony on the outside, a luxury cruise ship in Tallinn Port is clearly visible. Today it is one of the most popular tourist destinations in the Baltic Sea, with daily cruises from four terminals reaching the Helsinki capital of Finland in just two hours. Because of its unique location, Tallinn became a stage for Western spies, local independent movement organizations, and Soviet agents during the Cold War.

“At the time, every floor of the hotel was sitting with a local old lady. Their task was to record every move of the guests in the corridor. The waiter was asked to place a hidden eavess in the corresponding position according to the restaurant seating table every morning. The ashtray. If the guest takes the ashtray, they will immediately replace it with the built-in bugs.” The manager said that she also showed us a seat table and an ashtray.

On the guest book of the Viru Hotel, we saw a page of passionate praise. When material conditions are most scarce, there is still a steady supply of food and singing and dancing performances, and people who are obsessed with it are hard to detect ubiquitous surveillance. But sometimes, some people are also alert: Why do I get to the same room every time I come to the hotel?

The female manager said that the KGB has set up 60 rooms with monitoring facilities in the building. Even the sensitive or special “visitors” found abnormalities and will soon be transferred to another room with the same facilities.

In order to prevent Western spies from leaving items for joints, KGB is strictly forbidden to open any passengers to drop things. Once, a waiter picked up a red bag in the room, and he opened it with his hand. The result was a red paint – the hidden jet bag was deliberately placed by the KGB personnel.

But more of the harassment is being monitored by ordinary Western tourists. They were only allowed to stay at the Viru Hotel in Tallinn, and the hotel must report to the hotel staff (actually Soviet defenders) to avoid seeing “sensitive things.” What is sensitive? The female manager points to the old town outside the balcony: “Everything is sensitive.”

This eavesdropping room still preserves the original appearance of Soviet agents when they were evacuated in 1991. The entire room was completely destroyed by trained agents, the phone case was opened, and the anti-eavesdropping device installed inside was taken away, leaving only some unseen suspect information sheets. “They withdrew overnight and almost nothing left.”

The Viru Hotel is not the only Cold War ruin in Tallinn. On the bell tower of the Holy Spirit Church in the center of the ancient city, Soviet intelligence personnel set up a high-power monitoring station. This ancient building built in the 14th century has become an important base for the KGB to monitor the movement of neighboring Finland.

The Church of the Holy Spirit is no longer mysterious. The clock tower is not open to the public, but visitors can see the oldest glass window in Estonia in the chapel. The two-story wooden framing of the wooden structure, a wooden print painted in the 15th century reveals a different style in the shade of the window grille. It is unimaginable that there has been a fierce wave of electric waves.

Unlike the bookstore of Tarta, another literary city in Estonia, Ralamtukoi, Tallinn’s largest old bookstore, does not have a bookcase that rises to the ceiling, nor does it have a book wall and a book wall. Stepping into a wide storefront, it seems to go into the Nordic luxury market. From pocket watches to inlaid silver jewelry boxes, from the high-level medals to the original mascots of the Moscow Olympics, there is everything here. Next to the 18th century hand-made leather book, it was the container of children’s toys of the Soviet era. The early Estonian ancient books were sold with a Soviet badge at a price of five cents.

The Soviet publications are naturally the focus. There are rich Soviet-era Estonian materials and various Soviet-style literary works, including the Chinese cultural relics catalogue of the Moscow Oriental Museum. However, my eyes have long been attracted by other Asian-themed junk goods: perhaps because of the same camp, Estonia has retained a number of old stamps of North Korea and Vietnam, including Kim Jong-sung’s commemorative ministry of North Korea’s participation in the Universal Postal Union exhibition in 1981. Zhang.

In a bookstore called “REaD”, visitors can also find a large number of old Soviet photos and curatorial catalogues of the year. A stack of old Soviet maps was piled in the corner, and a small box was placed on the only table in the room with a note: all kinds of Soviet currency, one pentagram. The bookstore management also maintains the Soviet-style parity: regardless of the value of the book, it is “one ternary, four ten yuan.” This is not a gimmick – there are a lot of rare large-scale albums, old photo collections and an eye-catching exhibition book.

The KGB Tallinn headquarters was opposite the REaD bookstore and is now home to the Estonian Ministry of the Interior. A KGB Dungeon Museum has just been set up in the basement of the building. 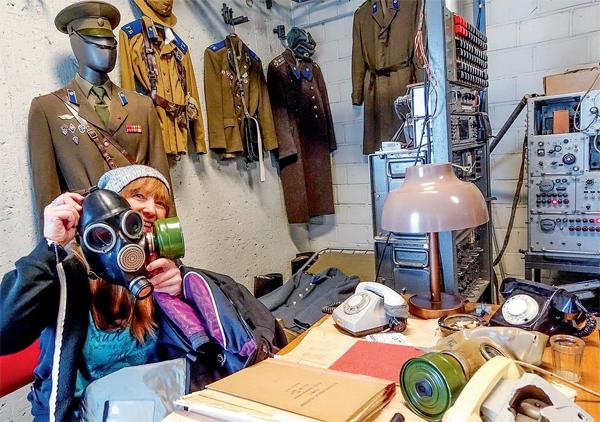 “It’s like a cat and mouse game,” wrote the memoirs of former British MI6 agent Matt Mannick. He said that the KGB has completely mastered their actions, and their five-year work has been “leaving their noses” by the Soviet counterparts. In 1955, the KGB seized the British MI6 office in Estonia, and he was arrested in the operation. The book is now sold in museums.

The enthusiastic staff told us that the books about the KGB are very popular here, and a small book about the introduction of the KGB “sold only one copy.” As he said, he was stopped by a couple who were “half Estonian indigenous” and bought this book. The couple lived in Tallinn but never heard about the KGB.

Back at the hostel, the fog suddenly rises in the sea, and the ancient city and the Viru Hotel are shrouded in a hustle and bustle, like Tallinn in the Cold War. It has not disappeared, but it has not been seen for the time being.