In January 2015, when President Erdogan, who was just taking office, was welcoming the visiting Palestinian President Mahmoud Abbas, he deliberately arranged 16 people to dress up as ancient warriors of different periods, and lined up on the stairs of the presidential palace to welcome guests. Represents 16 empire in Turkish history. For such an unusual move, Russian scholars have commented that Erdogan has always had “the ambition to restore the Ottoman Empire”, and the British “Economist” magazine called him “the new era of the Sudan.”

But in fact, Erdogan did not respect the truth of history for the dress of Turkish history. The Huns and the Huis in the 16 empires have nothing to do with the Turks. As for the Timurid Empire, they are the enemies of the Ottoman Empire. They have defeated and captured the Ottoman Sultans, and the Ottoman Empire has not slowed down for nearly a hundred years. Of the 16 disguised empires, only the Ottoman Empire is the authentic and direct source of modern Turkey.

In 2012, Turkey filmed the largest film ever, “Conquer 1453”, in a completely positive way to sing the Ottoman Sultan Mehmet II to conquer Constantinople, not to mention the massacre of the city’s residents after the break of the city. In recent years, Turkish primary and secondary school textbooks have also been changed, with more positive descriptions of the Ottoman era. Turkey also strongly supports foreign studies of the history of the Ottoman era.

The historical Ottoman Empire is indeed a great empire. However, just like the events of 2015, Erdogan and his fans described the Ottoman Empire as far as the real history.

How did the nomads succeed in the upper ranks?
From the perspective of world history, the empire established by the nomads is generally not long-lived, and the Ottoman Empire is the exception. From the establishment of the country in 1299 to the dissolution of the empire in 1918, 620 years before and after. For an empire with a vast territory, a large ethnic group, and a ruling ethnic minority, the survival of more than 600 years is a miracle. An important reason for this miracle is that the empire correctly exercised its power.

After being deported to Central Asia by the Tang Empire, the Turks originally lived in the Amu Darya area. Later, the Arab Empire went down and began to hire a large number of Turks as mercenaries. More and more Turks became mercenaries of the Arab Abbasid Dynasty. And the rise of the opportunity also established its own country. The Ottoman Turks were then part of the Turkish kingdom of Seljuk and were placed in the northwestern corner of the Anatolian Plateau, in the border of the kingdom.

Osman began annexing villages and fortresses in the 1880s. After more than 60 years, it defeated the Byzantine Empire, occupied Asia Minor, and expanded its territory to 100,000 square kilometers. When the imperial momentum flourished, the enemies of the empire also came to the fore. First, the crusaders from Europe defeated the Turks, followed by the conquest of the Mongol Empire, and then the Timurid Empire defeated Ottoman and even captured the Ottoman Sultan. The development of the empire has been devastated.

After hundreds of years of internal affairs and system construction, until the time of Suleiman the Great, Osman completed the gorgeous turn from the nomadic tribal alliance to the medieval imperial system. In this way, Osman rose again. On the European battlefield, Suleiman the Great captured the Belgrade, conquered Hungary, defeated the Austrian Habsburg dynasty, almost captured Vienna, and pointed to Bavaria in southern Germany. In 1453 the Empire captured Constantinople and then defeated the coalition forces of Spain, Venice and the Papal States in the Preveza naval battle to dominate Europe and the Mediterranean.

At this time, the Ottoman Empire had large areas of southeastern Europe, western Asia, and northern Africa; as a minority of Turks, it ruled dozens of Arabs, Greeks, Armenians, Kurds, Serbs, Bulgarians, etc. minority. How to manage so many ethnic groups with different customs, different cultures and huge economic gaps? The Ottoman Empire practiced “one country, multiple systems” and the rule has great flexibility.

The core system of the Empire established by Suleiman the Great is the centralized “Sudan and Caliphate”, that is, the Sultan of Osman also serves as the Caliphate and becomes the nominal leader of the Islamic world. The leadership of the unity of politics and religion guarantees that the empire has a highly centralized government. The Sudan controls an effective bureaucracy, establishes legal authority and can effectively govern localities, people and officials. As an Islamic caliph, it can also mobilize a large army of hundreds of thousands of people in the name of jihad.

At the local government level, the provincial system and the procurement system are implemented. The regional government is governed by the Governor and local nobility. Especially in Europe, except for some major towns and fortresses, there are Turkish garrisons, and the locals are completely autonomous by local aristocrats. Serbia also has its own king. The Ottoman Sultans directly control only the Adriatic and the northwestern regions of Asia and some military forts, where traditional feudal mining systems are implemented. The main function of the pick is to provide a stable source of cavalry, to fight for the Sudan, and to become the source of the military power of the Empire.

For ethnic minorities, a loose religious policy is implemented. Religious groups can have an independent status as long as they maintain the imperial secular authority and normal taxation. Muslims must pay the tithe, non-Muslims must pay a land tax of about 25% to 50% of the harvest, in addition to the head tax. This makes it possible to understand why so many people in that era have actively converted to Islam because they can pay less taxes. It is also understandable why the Emperor of the Empire has no interest in spreading Islam because the increase in Muslims means a reduction in the economy of the Empire.

As the most effective of the Ottoman Empire in Sudan, Suleiman’s greatest achievement for the Empire is not his ability to fight for good, but his legislation. Through careful and rigorous legislation, Suleiman’s emperor established the above-mentioned multi-institutional rule of one country, allowing the rulers of the Ottoman Empire to rule as many minorities in the country and to make this religious and politically tolerant. The empire became one of the long-lived empire in history. 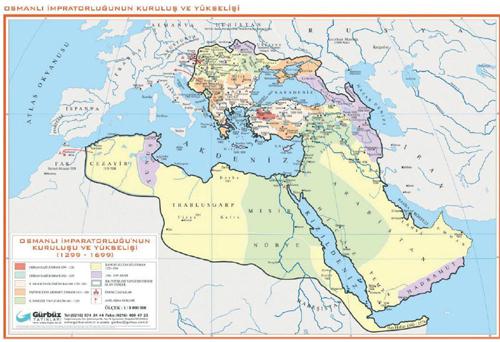 How did the empire become a “sick man”?
In 1683, the Ottoman Empire reached its limit of expansion. Under the city of Vienna, the once imperial imperial army suffered a fiasco, and the Polish cavalry pursued the fled Ottoman soldiers until the Danube. Vienna is the end of the expansion of the Ottoman Empire and the starting point for the decline of the Empire. Before 1683, the empire was almost invincible; after 1683, the empire was almost undefeated and became the “sick man of the Near East” in the eyes of Westerners.

The problems faced by the Ottoman Empire at that time could be regarded as internal and external difficulties: within, the number of Turkic people in the Ottoman ruling class was small, and the Arabs, Slavs, Armenians, and Greeks in the territory had been seeking independence, and the independence of the empire was even more It was unprecedentedly powerful; outside, after more than a dozen Russian-Turkish wars, Russia took a large territory from the Ottoman Empire.

These political issues, if there is a strong ruling group, are not difficult to solve through political or military means. But the great thing about “imperial disease” is that it does not suppress the empire from the outside, but corrodes the empire from within. The harem administration, the eunuch’s political affairs, and the garrison’s internal affairs have even hurt the empire even more than external problems.

The administration of the harem means that informal powers invade the formal system. This is an inevitable problem in the empire of the world. The power of the Ottoman Empire was dominated by the harem maidens for a long time, and 18 prime ministers were replaced during the 12-year period. Not only that, the head of the Ottoman eunuchs was in the wild, and its position in the empire was only lower than that of the Great Vizier (equivalent to the prime minister) and the great patriarch. The administration of the harem and eunuchs made the real politicians powerless in the affairs of the empire, and even became the object of persecution and exclusion.

History is not an opportunity for reform of the Ottoman Empire, but these attempts to reform have been destroyed by conservative forces in the country. Several generations of reformed Sudanes have been dethroned or killed by their own guards. The reforms of Muhammad III and Selim III all failed. The Ottoman Empire, which failed in reform, is no longer able to maintain the empire form.

In 1918, the Ottoman Empire also disintegrated in the First World War. There are more than 40 countries that have separated from the empire. In 1683, the territory of Ottoman reached 12 million square kilometers, and the area of ​​contemporary Turkey was only 780,000 square kilometers. In other words, the Ottoman Empire lost 93% of its territory in the “sick man” era.

The country is facing a crisis, and “imperial disease” must be reformed in order to cure it. The ruling class also recognized the necessity of reform, but why can’t they persist in reform? Why is the resistance to reform so great? Why do conservatives who only care about their own interests defeat those idealistic reformers? These are the tragic questions left by the Ottoman Empire.