In the name of convenience, stealing the truth?
Some APP “habitual” access to user information has long been “not a secret secret.”

Last year, when vivo introduced the NEX with the design of the lifting camera, it was dubbed by the netizens as the “rogue application detector”. If an APP secretly calls the camera in the background, the camera will suddenly come out… a lot of well-known The APP is “shot”, and users are often at a loss. 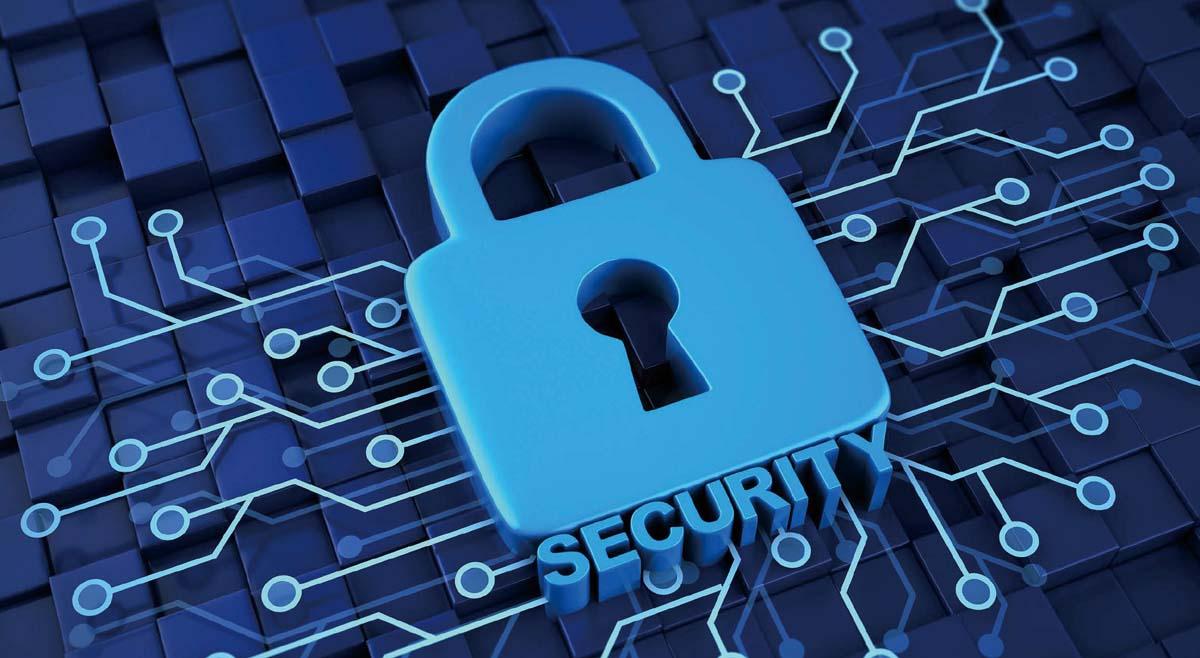 Of course, you should not use the “heart-to-heart” approach to try to figure out the terrible motives of Internet companies in user privacy. In reality, the fact of the tip of the iceberg often refreshes our perception: for example, the phenomenon of “CCTV 315” exposure this year, the name of the company The small company of “Easy Core” has harassed up to 4 billion harassing calls through robots in the past year. On average, each Chinese has received 2.85 harassing calls, and the privacy of more than 600 million users has been leaked. And there are still a lot of companies like “Easy Core” under the iceberg. How many people’s phone information inexplicably flows into these companies?

Another example, the author himself experienced in the “shell search for a house” was clearly told that the registered mobile phone number will not be disclosed to the broker, but after a while received a call: the other party clearly stated that he is a shell to find a house Staff, the background saw that I have been looking at a real estate recently, do you need to know the specific information?

In the end, it is all about a “profit” word, and stealing privacy with a convenient guise.

Is the enterprise a “demon” or is the user too tolerant?
For example, today’s headlines blur the user privacy case, which is not an isolated case in China.

Not long ago, someone publicly advertised Netease email account, the price of a million email account was only 50 yuan, and claimed to be able to send marketing information to these mailboxes. NetEase chose to report to the public security organs for the first time, but there was also a scene of “not involving sensitive user information” to evade its own responsibilities.

Last year, some netizens questioned that “Mobile Taobao” could be used to monitor user calls. Just discussed a certain product with a friend and brushed it on the “Mobile Taobao”. But what I received was not the explanation from Taobao official. It was not a popular science article that made us understand why it was a big wave of “rumors” and “lack of common sense.” The most convincing rhetoric may still be attributed to the user being too tolerant. It is obviously an information app, why should it read the user’s address book by default; obviously it is a shopping app, why should I ask for recording and calling rights; obviously it is a bookkeeping APP, but it is necessary to verify the mobile phone number and ID card information. ……

Some irony is that when the topic of “microphone being monitored” appeared, there were also foreign netizens who were unfortunately “in the middle of the trick.”

Taylor then suspected that Facebook monitored its microphone and sent a screenshot of the ad page to Facebook for verification. The response was: “We are pushing ads based on user interests and other profile information. And with your permission, we will Access your microphone.” The result is a bit naked, but it points to the fact that at least when it comes to user privacy information, Facebook doesn’t care about him. Facebook’s “straight”, naturally has a straightforward price.

After the scandal of Cambridge Analytics in April last year, the number of user actions on Facebook, such as praise, sharing and posting, fell by nearly 20%. In December last year, due to Facebook’s alleged sale of user data, it was fined by the Italian market management agency. Ten thousand dollars; in April this year, the US Federal Trade Commission surveyed Facebook, or will face the highest fine of $5 billion in history…

Domestically, it is another kind of scene. There are few cases in which enterprises are punished because of “selling user data”, so that when users choose to resort to the law to solve problems, the earliest response made by today’s headlines is “sophistry”, giving “ The address book is not a personal privacy statement.

In the final analysis, whether the values ​​are correct or not, once you go down the wrong direction, commercial interests will probably override the users. What needs to be reflected is why do we take it for granted?

Compared with Europe and the United States, there is still a lack of “tightening curse”
There is an unwritten rule in the VC circle in China. How much user privacy can be collected by an app is directly related to the amount of financing that can be obtained.

It is not difficult to understand that when confronted with the issue of user privacy infringement lawsuits, why do you want to make a “reasonable counterattack” in the first time, and regardless of the final court decision, the public relations team will minimize the volume of the event. So as not to affect user activity and company valuation.

The EU General Data Protection Regulations, which have been built over the years, can be said to be a milestone in user data protection. According to the GDPR regulations, EU regulators have the right to impose fines of up to 20 million euros or 4% of global revenues on illegal enterprises. At the same time, users as the main body of information have the right to access, correct, transplant and delete their data, and the right to know, data access, opposition, restriction and anti-maximization decision-making have been strengthened.

To put it simply, the principle of GDPR is not complicated: I want to use my information to be the master. Whoever wants to use my information must clearly tell me that if it is not, I will face a fine. And as long as the information processed is related to EU citizens, even if the company is located outside the EU, it still applies to the regulation. 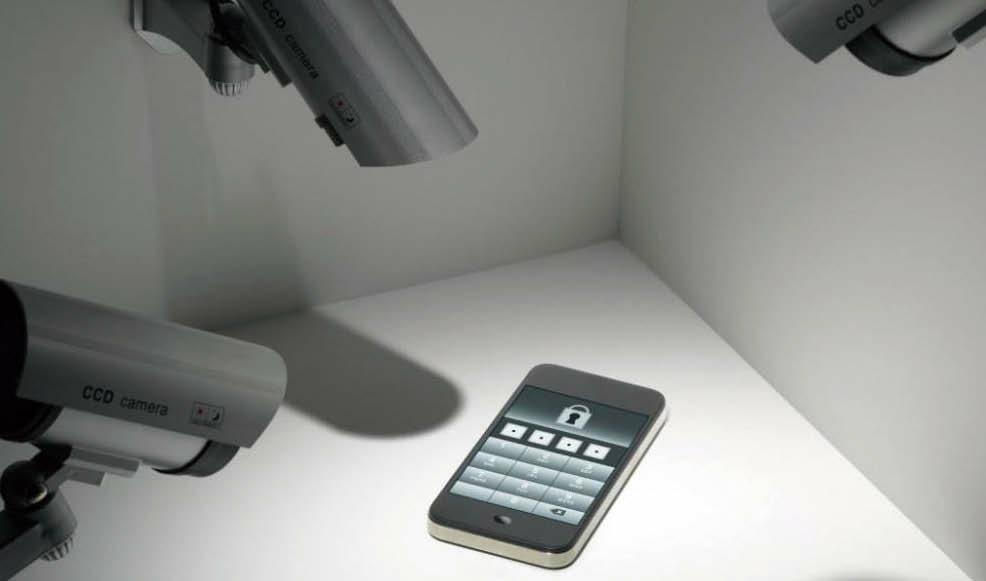 Correspondingly, foreign Internet giants began to “reflect” on user privacy after 2019. The core is how to avoid burning into GDPR.

In order to dispel the user’s doubts, Facebook updated the login announcement. The first sentence is “We value the protection of your privacy and will not sell your data”, while emphasizing “will be provided by advertisers, application developers and publishers.” Data, learn about your activities outside of Facebook’s product sites, and show you better ads accordingly.”

In order to reflect the “restricted processing rights” and “rejection rights” of GDPR, Facebook added an additional article, “You can control whether we are allowed to use this data to show you better ads.” If users are not willing to share data, they can Make settings in “Data Settings”.

Apple CEO Cook said in his speech at Stanford University that “nearly nothing is more important than privacy.” Correspondingly, on the WWDC2019, which ended not long ago, Apple used a long space to introduce privacy protection. Google CEO Sandal Pichay also issued a timely statement that Google will never sell any personal information to third parties; users can decide how to use their personal information. Microsoft CEO Satya Nadella, who is good at “Auntie’s Word”, directly stated that “GDPR as a bill and a regulation is a great beginning.”

Perhaps the domestic judiciary should follow the example of the European Union and wear a “tightening” for the big and small gold diggers in the Internet world. The Internet should not be a place of extra-legacy.

Because users are stupid, companies have to understand the problem of privacy infringement.

On a small scale, it is time to say no to those rogue APPs, and it is necessary to treat APP licenses with caution, so as to put an end to the evil spirits of some Chinese Internet companies. From a big perspective, in the upcoming 5G era, personal privacy has been more than It’s as simple as reading the address book and calling the camera. It may also monitor your action track, view your IoT device information, etc., and monitor any activity in your 24 hours in disguise.

If you don’t wake up from the “privacy for convenience” sleep, you may not even have the last “underpants”.