In an article published in the latest issue of Nutrients, the researchers wrote that early decision on snacks after exercise can increase the probability of eating healthier. If the goal is to lose weight, the study suggests that the best time to decide what to eat after exercise is not when you are hungry after exercise, but before exercise. This study confirms the findings of previous studies that make it easier to indulge yourself when making decisions on the spot, rather than deciding what to eat in advance.

Recently, Dr. Foss from the University of Manchester studied data from 16 randomized controlled trials involving a total of 45,826 patients. He found that eating high-fiber, nutrient-rich foods had a very positive effect on mood, reducing fast food and refining. The same is true for sugar intake.

In other words, eating a lot of fast food will not only make you fat, but also make you depressed. From the research of Dr. Foss, this seems to be especially suitable for women.

Therefore, in order to improve mood, we should reduce the consumption of processed foods and take-away foods, refined grains (such as cakes), and replace them with Mediterranean diets, mainly including vegetables, deep-sea fish, whole-fat yogurt, olive oil, whole grains, nuts and beans. 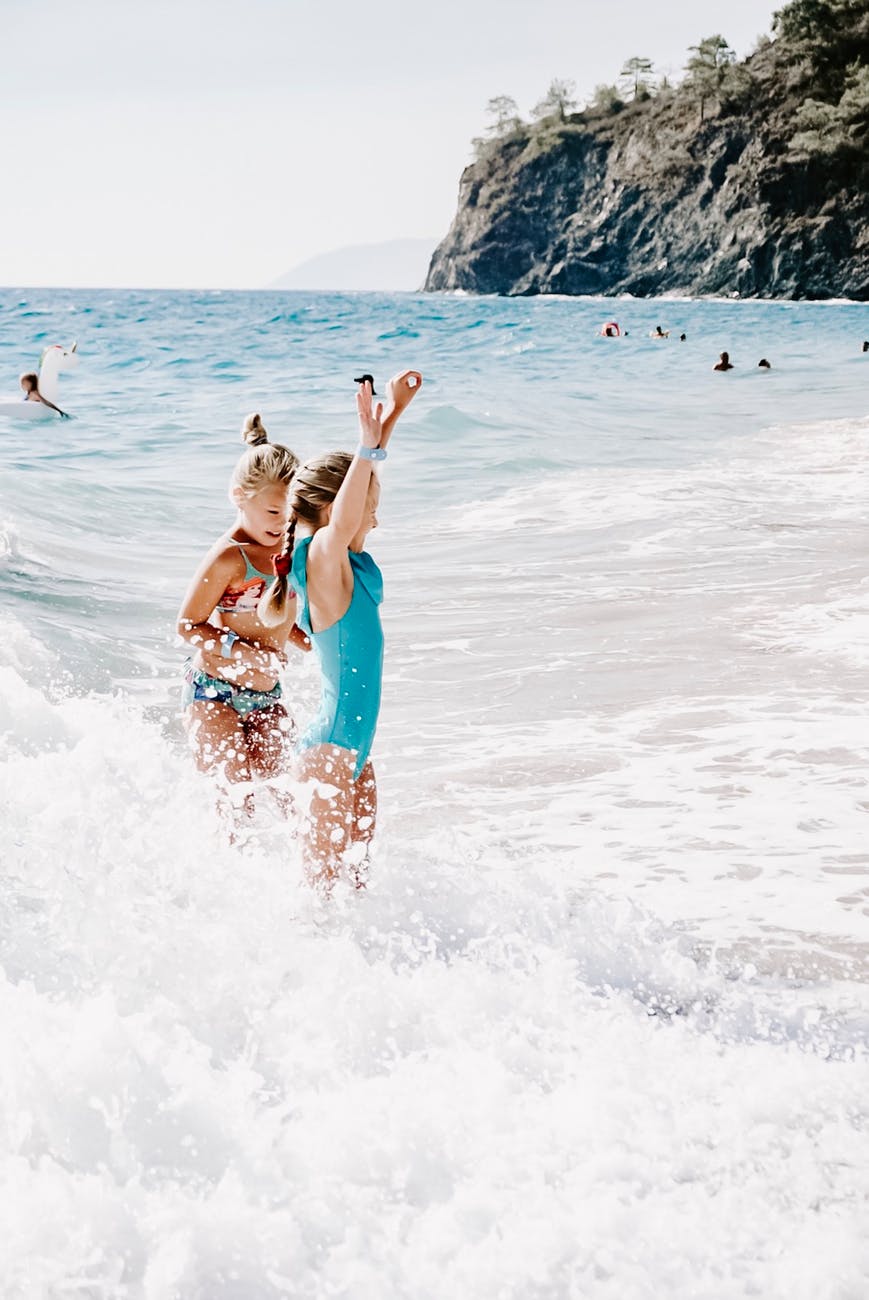 The concept of forest bath originated in Japan and was proposed by the Japanese Forestry Department in 1982 to encourage people to achieve spiritual healing by being in a green and natural environment such as forests. A new study from the University of East Anglia in the UK recently showed that forest baths can significantly reduce the risk of chronic diseases.

The research team conducted an investigation of approximately 290 million people in 20 countries around the world, and conducted a comprehensive summarization of more than 140 studies conducted before, and evaluated 100 items related to the health status of the respondents. The results showed that in the forest, the body’s stress hormone cortisol secretion decreased, the mood was relieved, the quality of sleep improved; blood pressure, cholesterol value decreased, the risk of coronary heart disease and diabetes decreased; the rate of early death due to disease decreased; fetal development The risk of incomplete and premature birth will also decline.

Researchers believe that the main reason for forest baths to promote health is that in a space surrounded by a green environment, people can be exposed to more sunlight and less to all types of pollution. The trees release volatile organic compounds with antibacterial effects, which have beneficial effects on the immune system through various forms, reducing the risk of chronic diseases and premature death. Researchers suggest that people form a concept that uses “green” as a prescription.

A recent Greek study published at the annual meeting of the American College of Cardiology brought good news to people with high blood pressure. Studies have shown that sleeping at 1 hour at noon can reduce high pressure (systolic blood pressure) by 3 mm Hg.

The researchers divided the participants into a group of nap 49 minutes and no naps, and monitored their changes in blood pressure during the day using a 24-hour blood pressure monitor. After taking into account factors such as drinking, coffee, salt intake, physical activity, age, sex and medication, the results showed that the systolic blood pressure of the nap was about 5 mm Hg compared with those who did not.

Dr. Stoyan Dimitrov of the University of Tübingen, Germany, conducted research on T cells. T cells are vital to the body’s immune response, recognizing and killing dangerous invading cells. When the T cell recognizes a target cell infected with a virus to produce a specific antigen, the infected cell can be killed.

The researchers compared T cells from 10 healthy volunteers. Volunteers participated in two trials, the first time staying asleep from 11:00 pm to 7:00 the next morning, and the second time staying awake, chatting or listening to music during this time. It was found that T cells derived from participants after complete sleep showed higher integrin activity.

Researchers say that when people are under stress during the day, the level of adrenaline in the body increases, and the specific signaling molecules that block immune activity increase, reducing the efficiency of the immune system. After entering the sleep state, as the adrenaline level decreases, the number of the signaling molecules decreases, and the immunity is improved. Therefore, the immune system of insomniacs is usually weaker and more susceptible to chronic stress and depression. Dr. Dimitrov said: “There are higher levels of this signaling molecule in many patients, including cancer. This may be the reason why the immune system is suppressed in these diseases.” Will help promote the development of cancer immunotherapy.

According to a test in the United States, after the first movement of Mozart’s “D major double piano sonatas” was broadcast to college students, their spatial reasoning ability has been greatly improved. On the other hand, many experts recommend the expectant mother’s prenatal music preferred as Mozart’s work. Why is Mozart’s music amazing? John Hughes, a neurologist at the University of Illinois in the United States, said: “His music is relatively simple, always repeating a certain melody many times, and repeating it in a pattern that people like.” This may be Mozart’s music. The mystery of magical effects.

Psychologists say that music therapy does have a small effect on relieving patient mood, reducing stress and eliminating anxiety. When the mental state is not good and the mood is low, listen to the bright music; when you are irritated or hostile, listen to the relaxed music.

Vitamin C is a common nutrient and has a good antioxidant effect. Recently, a new study conducted by the Tokyo Health and Longevity Medical Center in Japan and Hokuriku University and Tokyo Medical and Dental University showed that vitamin C was applied to the skin for a good time.

The researchers cultured human skin cells in the laboratory to study in detail the inhibitory effects of vitamin C on UV-induced skin cell damage. Before exposure to UV radiation and 3 hours after irradiation, the researchers added vitamin C to the surface of artificial skin, and then observed and evaluated the cell survival rate, frequency of apoptosis, DNA damage and oxidative stress status after 24 hours of UV irradiation. The results showed that the skin first absorbed the vitamin C and then received the irradiation, and the damage caused by the ultraviolet light was reduced. In other words, apply vitamin C cream before sun exposure, and the sunscreen effect is better than after sunburn.

The researchers say that the new research demonstrates for the first time that vitamin C can inhibit cell damage and protect cell integrity by eliminating reactive oxygen species produced by ultraviolet light. In the future, vitamin C is expected to be widely used as a topical medicine in pharmaceuticals and cosmetics.

As we all know, exercise is the best prescription for maintaining physical and mental health. A recent study by the University of Western Australia found that for workers with high blood pressure, 30 minutes of exercise before work can be comparable to antihypertensive drugs, and help patients maintain stable blood pressure throughout the day.

The researchers surveyed data on hypertension, obesity, and overweight workers over the age of 50. Participants included a total of 35 women and 32 men who were randomized to three different trials. The first test was a continuous sit-up for 8 hours; the second test was a one-hour walk on the treadmill for one hour before the start of the work and then sit for 6.5 hours; the last test was a sit-down of 7.5 hours, which rose every 30 minutes. Exercise for 3 minutes. There is at least 6 days between each trial. After controlling the variables, the experts measured the blood pressure and heart rate of the participants and conducted a blood test to assess the adrenaline levels. As a result, it was found that the systolic blood pressure of the participants decreased after the second and third trials compared with those who did not.

University of Western Australia researcher Michael Wheeler said that systolic blood pressure is more accurate than diastolic blood pressure to predict the risk of cardiovascular and cerebrovascular diseases. The results of the study show that short-term moderate-intensity exercise can help some patients reduce their dependence on blood pressure-lowering drugs. If they can’t achieve regular exercise during work, the exercise before the start of work can also have a good effect.