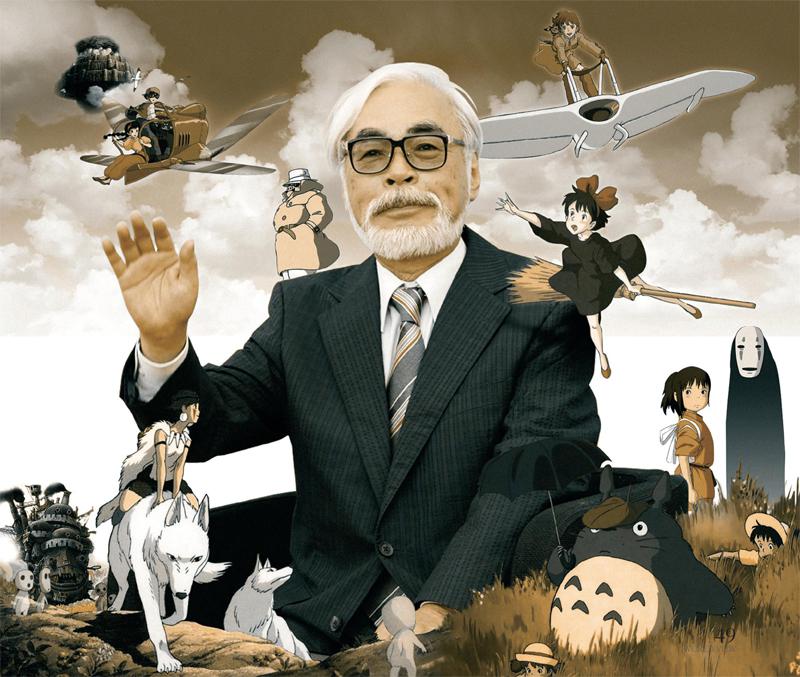 Hayao Miyazaki himself has been confused about why he is popular in China.

This is the officially authorized exhibition of the first time in the Chinese mainland, Miyazaki’s animated film studio, Ghibli, which has been established for 33 years. The exhibition was held at the Shanghai World Financial Center for 3 months. After the end of the National Day holiday in 2018, 285 art paintings and movie manuscripts, the Totoro Bus and the huge airship of the Sky City flew back to Japan.

Bloody man
What kind of experience does Hayao Miyazaki like? Some people will say, isn’t it just watching animation? But fans don’t think so. Regardless of the work, Hayao Miyazaki is an interesting person. Or, to be precise, he is a controversial person.

The most controversial issue is the fact that Miyazaki has announced his withdrawal from the animated film industry seven times and seven more times. The Japanese society has thus begun to strongly differentiate his attitude, and in some respects has even evolved the “difference between day and night.”

Some people think that “7 retreat and 7 out” is simply a marketing strategy of “wolf is coming”. Every movie is said to be the last one, introducing everyone to the cinema. I am looking forward to seeing more and more difficult movies. Miyazaki wasted the patience of the audience. Others believe that the audience should forgive Hayao Miyazaki because he is “fucked.” It is precisely because Miyazaki is overly obsessed with animated films, and he is fully committed in every production, and will feel exhausted after the end. He is “really tired”, otherwise the Ghibli studio will not be dismissed at the beginning.

As for why it came back, it was because the new inspiration came and could not hold back. “7 back 7 out”, because of too many times, it seems that Hayao Miyazaki is more real.

Yes, Miyazaki’s controversy is inevitable, and “7 retreat and 7 out” is just the corner of his inner contradiction.

There is a secret inside the Ghibli studio to teach new employees. “It is best not to believe in what Mr. Miyazaki said today, and he may come up with a completely different statement tomorrow.” 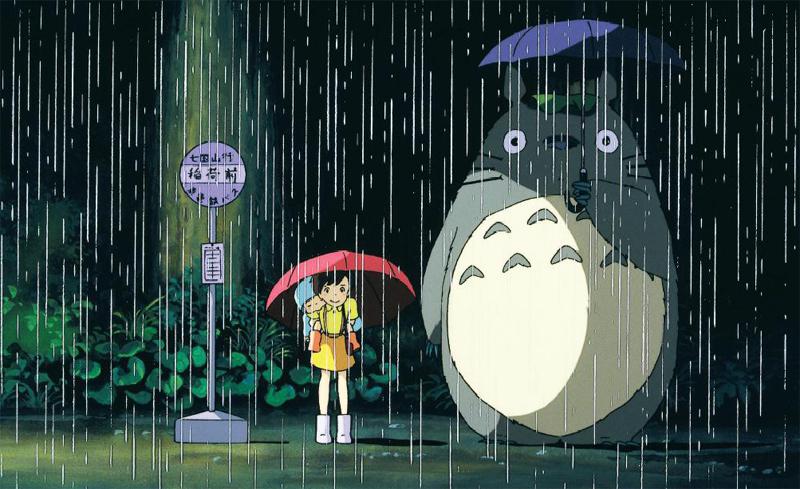 Hayao Miyazaki suddenly yelled because of work fatigue: “I want to burn this studio!” Frightened new employees. Miyazaki will unabashedly say something that he doesn’t like: “Insulting life!”

Not only in the studio, Miyazaki also fearlessly expresses extreme remarks among his companions, criticizes others’ works, and criticizes the various aspects of life and society. Hayao Miyazaki’s close friend Gao Yixun believes that this fierce performance is an extreme dialectics of Hayao Miyazaki. He is looking forward to rebuttal. He uses this method to talk to himself and keep his thinking active.

Hayao Miyazaki is not afraid to express fierce criticism, not to show his kindness and gentleness. He always cares for others, paying sincere feelings to friends, subordinates, and companies. Sometimes employees draw a mirror and can hear Miyazaki’s telling stories that are touching and fascinating, and provide clues for painting.

Hayao Miyazaki is a bloody man who loves and hates and is easy to boil. Once I became familiar with his character, everyone would see Miyazaki’s loudly uttered “stimulus of nothingness” and when he put in a lot of physical movements, he could not help but laugh or snicker in his heart.

But employees should break out when it breaks out. Gao Yixun once wrote an article saying that I don’t know if Miyazaki’s head is slightly larger than the average person, so every summer, he always has to blow a strong air. At this time, the company’s female colleagues will be confident in the “cold air attack and defense war” with Mr. Miyazaki.

Therefore, there is another rumor in Ghibli Studio: “Mr. Hayao Miyazaki himself is more interesting than his movie!”

Splitter
Hayao Miyazaki has always stood out from the crowd and is alive. Among the characters created by his film works, the men who are passionately focused, making antics, and the bad guys who often sneer and anger are simply the two sides of his own image.

Miyazaki’s split is also reflected in his spirit and works.

Born in Japan in 1941, he was shrouded in the shadows of World War II and post-war, claiming to be a “Japanese who hates Japan.” Miyazaki’s father is the director of the wartime aircraft parts factory, but often the quality inspectors are stuffed with red packets to ensure that the defective products are mixed. The mantra is “a stupid thing in anyway, and I don’t like to do it. It’s better.” Make a profit.”

Whether it is to see his father “fishing for war”, or whether the uncles show off their murder in China, or the mother sighs that “humans are hopeless”, these scenes have brought intense pain to the young Miyazaki, he Increasingly doubting that my birth was a mistake. “How can I be a Japanese? It’s a shame!”

On the one hand, Miyazaki believes that Japan is the injurer of the war, and on the other hand, it gradually feels the poverty and weakness of Japan after the war. He could not fall in love with his own country and hated himself so much that he was surrounded by moral shame all day long. At that time, he did not even allow himself to feel happy, occasionally happy, and did not dare to look directly into his own eyes in the mirror.

Until he read Nakao Sasuke’s “The Origin of Cultivated Plants and Farming,” this painful thing was terminated. Zhongwei made a new interpretation of Japan: “The framework of the country, the barriers of the nation and the dignity of history have gradually gone away. According to the life of the leafy forest (that is, the evergreen broad-leaved forest), the love of the soft mochi Me with sticky natto.”

Miyazaki was relieved of this and drew the “My Neighbor Totoro”, a comic book with strong Japanese characteristics. Between love and hate, Miyazaki shook hands with the motherland.

There are still many contradictions in Hayao Miyazaki’s spirit, but there are traces in his growth trajectory. 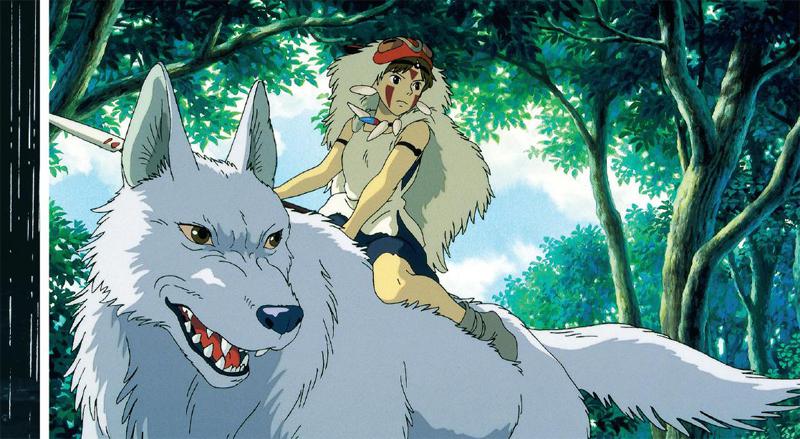 For example, he is an anti-war activist, but at the same time he is a weapon fan. He studies all kinds of military aircraft all the year round. “The interest in weapons and armor is about three times that of ordinary people.” He is full of homesickness and believes that “sadness is common to human beings.” “Faith”, but always want to make a cheerful, happy and energetic work; animation is a “fictional” world, Miyazaki has been seeking animation “realism” throughout his life.

The divisions in his works are even more numerous.

Particularly representative is the “Princess Mononoke”, in which the king, the human and the natural are in conflict. The protagonist, Ashi Dhaka, rushed in the split of the three parties, rescued the Yunyou monks, rescued the black hat adults, and wanted to rescue the forest.

The role of the rain and dew on all sides is not pleasing, but Hayao Miyazaki always has its mysterious and rude method to combine it, and finally shows a lot of anger. Presented in the movie “Princess Mononoke”, it is just a simple line – “live”.

Those who can be sure to tell others to “live” must have found the fulcrum of life. What is the content of the fulcrum, Miyazaki refused to answer questions from the media and said only: “What I want to say is in my work.”

More than innocence
Since the mid-1980s, Chinese teenagers have loved Hayao Miyazaki’s work.

In the 1980s and 1990s, the strength of Chinese local animation was still owed, but the introduction of Japanese anime was unprecedented. Miyazaki met with the first generation of Chinese children after the reform and opening up.

The children rented DVDs and sat with their playmates in the dark evening. They kept their eyes on the TV. “Only the pure children can see the Totoro!” A heart beat. In the great changes of the times, the beautiful picture provided by Miyazaki has brought long-lasting encouragement to the generation of Chinese.

In the timeline of the nine films, 80 grew up and was born after 90. Then I grew up after 90, and I was born after 00 and 10. It is no longer a DVD, but the network has passed Hayao Miyazaki’s comic world to more viewers.

In a fast world, Hayao Miyazaki slowly made movies. Without knowing it, Miyazaki was accompanied by the growth of the generation of Chinese children.

But time brings glory and brings crisis. Hayao Miyazaki is 77 years old. The animated film directors who fought alongside one another died one after another. Ghibli Studios have yet to find the next generation successor.

Miyazaki’s own image is no longer the god of animation that used to write innocence and nature, but has gradually become a kind-hearted person who looks like KFC’s grandfather. Very powerful, and extremely dangerous, Hayao Miyazaki became a symbol, it seems to be near, the actual is farther. In the minds of the 80s and 90s, his image is getting stronger and stronger, but it is not easy to enter the life after 00 and 10. 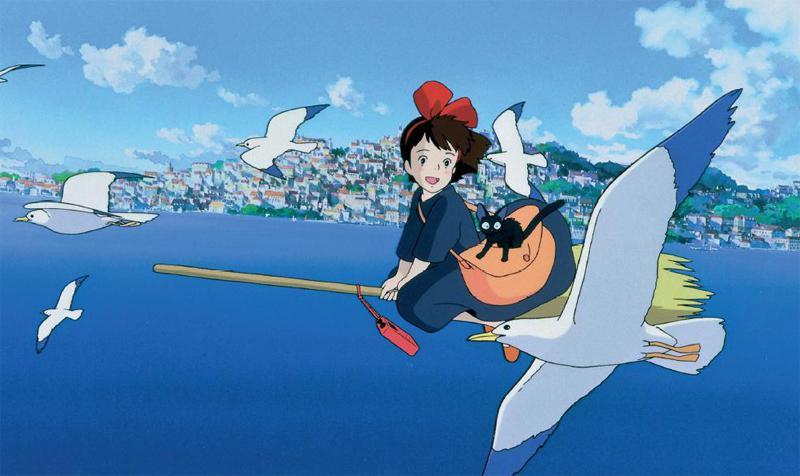 Hayao Miyazaki became a symbol, representing the innocence and purity in the distance. Everyone knows that he is a famous animator, but not all children of the new age are close to him. Because this overly vocabulary is too easy to be dispelled by the Internet, it is boring.

But if you talk about Miyazaki, it is only childlike and pure, it is too shallow and too misunderstood. After all, Hayao Miyazaki spent a long time in his heart, and built a whole imaginary kingdom on top of these two concepts.

It is often said that Miyazaki’s work has never been seen by children because its content is too rich and complex. But it turns out that Japanese children like Hayao Miyazaki’s movie. Hayao Miyazaki’s pen is “the god of animation”, he knows how to describe the world of bugs from the perspective of insects. No children will reject such animations. This kind of lively and fun makes it easy for children to enjoy themselves in Hayao Miyazaki’s world. They always want to look into the forest and look for the Totoro.

Therefore, Hayao Miyazaki’s world is like this: it looks like a straight road, but if you study it carefully, you will find countless roads that you can try. His movie, the entrance is spacious, but the middle is a winding labyrinth. Every age group, and even everyone, may find their place in the maze of Hayao Miyazaki. 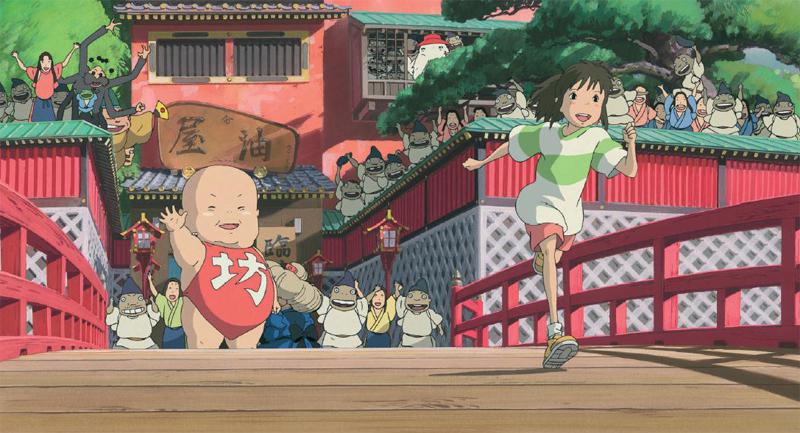 Finding your place in the movie is the reason why countless Chinese people of different ages like Hayao Miyazaki.