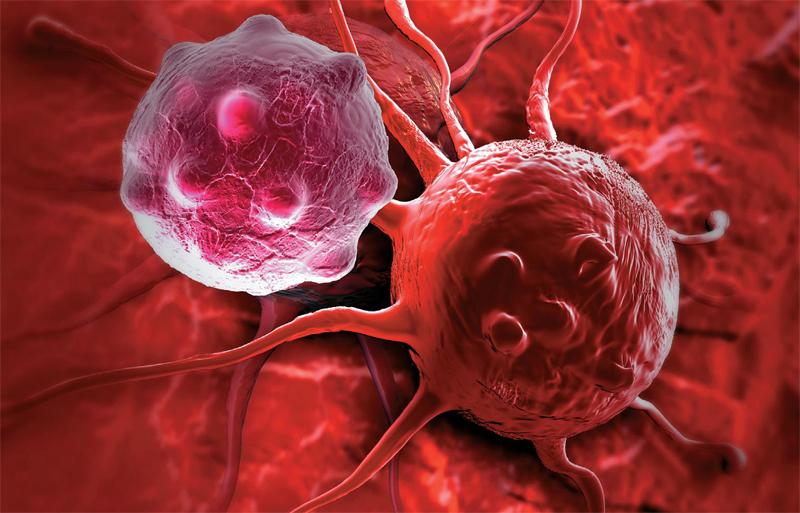 It is the oldest enemy of mankind, and its name scares almost everyone, but after decades of research, is humanity now hopeful to live in harmony with it?

Olivia Blair is a lively and active one and a half year old girl. She has a light golden curly hair, a pair of big, blue eyes, and a rounded face with an upturned little nose. I always like it. Stumbled around and giggled. When she was 14 months old, she began to get sick and have a fever for no reason. After being taken to the hospital, she was diagnosed with T-cell acute lymphoblastic leukemia and spread to the brain and spine.

“I don’t remember how I drove home. You can’t believe that this kind of thing will happen to your child.” When Olivia’s father talked about her daughter’s illness, she couldn’t stop at the camera. Red eyes. This is the first story of the documentary “Cancer: The Emperor of the Diseases”.

In this six-hour documentary, the creative team followed one and another patients who struggled with cancer, and the indefatigable doctors and researchers behind us, telling us about the “anti-cancer” that spanned centuries and The mainland, full of heroes, villains and reversals, is the greatest epic in the history of science.

Cancer is the fastest growing disease in the world. By 2030, there will be as many as 22 million cancer patients worldwide. In the United States alone, the number of people who die of cancer in the next two years will be more than the total number of wars in all wars that the country has participated in. According to the National Cancer Center’s 2018 report, China has an average of 7 people diagnosed with cancer every minute.

There is no doubt that the confrontation with cancer is the biggest war that mankind has ever played, and the final victory seems to be out of reach.

The documentary was based on the American doctor Siddhartha Mukherjee’s masterpiece “Cancer: The Emperor of the Diseases”. Since its publication in 2010, the book has received numerous recommendations and praises, and won the Pulitzer Prize. . Siddhartha tells us that cancer is not a modern disease. As early as a papyrus of 2500 BC, Egyptian doctors have documented a case of breast cancer.

The ancient Greek historian Herodotus also recorded in “History” that in 440 BC, the Queen of Persia, Atossa, found that her breasts had a lump and oozing blood. After the medical treatment failed, she was a Greek slave. She underwent an excision operation. Although Herodotus did not mention the results of the operation, according to his records, Atossa apparently survived and later persuaded Darius to attack Sesia to the east.

Why is this happening? Why is it coming to me? This is almost the first reaction for all patients to learn that they have cancer. So what is the cause of cancer?

Around 400 BC, the ancient Greek scholar Hippocrates once proposed a temperamental body fluid, saying that the human body has four fluids: blood, mucus, yellow bile and black bile. About 600 years later, the ancient Roman doctor Galen proposed on the basis of this theory that the tumor appeared in the human body because of the imbalance of body fluids and the problem of black bile. Later, this statement became the mainstream.

But whether this theory is correct or not, people can’t prove it, because at that time, dissecting the patient’s body is a big deal. It was only in the 16th century that when Visarius of Belgium dissected a patient who died of a long tumor, he was surprised to find that the so-called black bile could not be found in the tumor or in other parts of the body.

Later, scientists suspected that it was caused by hernia. Since then, they have also suspected various external factors such as locusts, soot, and asbestos. But in any case, after the microscope was invented, one can confirm one thing: cancer cells and human normal cells are not very different, they are all from the inside of the human body, the only difference is that normal cells will grow, replicate and die. Cancer cells will not only die, but will also be copied inexhaustibly.

It is almost the ultimate dream of mankind, but it is realized in cancer cells, the most difficult enemy of modern medicine.

Under normal circumstances, when individual cells become cancerous, the body’s immune system can detect and remove it in time, but certain factors such as heavy metals, benzene, environmental pollution, etc., can destroy the immune system and allow cancer cells to copy unscrupulously until Form a tumor.

So, how should we get rid of this greedy and overbearing material? The doctors first thought of surgical resection. For example, breast cancer, the initial treatment is often to remove the entire breast, even from the breast to the entire lymph nodes and muscle tissue under the armpit. They are convinced that cancer can be cured as long as the scope of resection is large enough to leave a few scattered cancer cells.

In the first half of the 20th century, this radical resection was applied to more cancer tissues. However, despite the great suffering of the patients, the cancers are often not cured, and they recur in other parts of the body, as if they can skip and avoid the doctor’s scalpel.

At the same time, radiation therapy has also been used on a large scale, and doctors have tried to kill cancer cells by killing the most vigorous cells in the body. However, on the one hand, both doctors and patients increase the risk of being irradiated, and on the other hand, they can only target in situ tumors, and do not have much effect on the spread of tumors.

When it comes to cancers that can spread through the blood, such as leukemia, scalpels and radiotherapy seem to be useless. At this time, there is another method that we are familiar with today, but it was incredible at the beginning: chemotherapy.

The reason why chemotherapy is incredible is because some of the chemicals used to treat cancer are carcinogens themselves. For example, in the First World War, it was used as a mustard weapon for chemical weapons. After the two world wars, in the autopsy of mustard gas victims, the researchers found that normal hematopoietic cells in the bone marrow were missing.

Later, Goodman and Gilman of Yale University in the United States began to consider in the process of studying nitrogen mustard, can nitrogen mustard kill the pathological white blood cells in leukemia? Experiments have proved that, and nitrogen mustard has a therapeutic effect on lymphoma, but unfortunately, after a short-term effect, cancer will soon come back.

Thanks to the unremitting efforts of many researchers, and even in order to adhere to the correct therapy, to catch up with the pioneers of the entire career (such as Chinese medical scientist Li Minqiu), the effectiveness of chemotherapy has been continuously improved, with other therapies, There are many cases of cure.

On the other hand, after Richard Nixon announced the “anti-cancer war” in 1971, abundant funds and optimism were injected into the field of cancer research, and many revolutionary discoveries were made. Scientists have found that in fact, everyone’s body contains a cancerous “time bomb”, whether it will be detonated, depending on whether there is a suitable incentive to trigger the relevant genetic mutation.

The development of cancer is not just a simple cancer cell self-cloning. Each time they are attacked by the immune system and drugs, they can often evolve and mutate to find another way to survive and invalidate the original attack. From this perspective, they are simply a powerful and perfect life.

This complexity of cancer has not caused scientists to back down. On the one hand, they developed more precise targeted therapies based on the different developmental characteristics of each cancer, such as the famous Gleevec and Herceptin drugs; on the other hand, they also revealed many new vulnerabilities and attacks on cancer. Pathways, such as the use of human advanced immune systems to overcome cancer therapy.

In the film, Doug Rogers, a 60-year-old mechanic with melanoma, and Emily Whitehead, a 6-year-old child with leukemia, are the pioneers of this new immunotherapy. The diagnosed advanced cancer has gradually subsided and returned to normal life.

Is cancer a disease or a more perfect life? We currently have no answer. But the only thing that can be confirmed is that with the participation of countless researchers in the past and present, thanks to the struggle and efforts of countless brave people, human beings will eventually find a way to live in harmony with them.