In late July 2019, the world once again entered the “barbecue mode.”

In East Asia, there are temperatures above 40 degrees Celsius in many places in Japan; in China, starting from July 21, the highest temperatures in 10 counties (districts) in Chongqing, Beijing, Hebei, Shandong, Liaoning and other places have exceeded July history. extremum.

The National Oceanic and Atmospheric Administration (NOAA) confirmed that the entire planet has just ushered in the hottest June recorded. On July 26, the World Meteorological Organization (WMO) warned that with the continuation of the global warming trend, the record-breaking hot weather will appear more frequently in the future.

Continued high temperatures bring a variety of troubles. Some trains and flights in France and the United Kingdom were delayed or cancelled, and some nuclear power plants in Germany were forced to stop. Even more troubling is the fact that air conditioning is not available in many parts of Europe. According to statistics, the penetration rate of air conditioners is less than 5% in European households.

In 2018, the heat waves and mountain fires in Europe are still fresh in memory. In 2019, the “explosive watch” high temperature broke the record, making global warming issues once again a hot spot. The British “Guardian” aided the contents of three studies in Nature and Earth Science, saying that in the past 2000 years, there has never been such a period like the past 20 years, the temperature has changed so rapidly and extensively.

Human activities do have an impact on climate change – a view that is increasingly being confirmed by scientific research. Mark Maslin, a professor of climatology at the University of London, believes that denials of climate change have consistently claimed that sustained global warming is only part of the natural climate cycle, but this view is now well refuted by the above studies. Research by the Swiss Federal Institute of Technology also shows that if there is no climate change, the deadly heat wave that occurred in northern Europe in 2018 is not statistically possible. 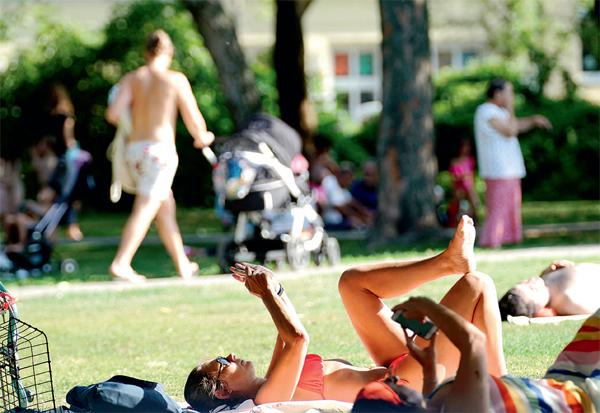 What should I do when I continue to be hot? Almost ninety-nine percent of the first reaction was to “get into the air-conditioned room” to hide. But we may have to think a little further. Robert Walker, director of the US Nonprofit Institutions Population Research Institute (PI), just published a paper on the US Newsweek magazine website to express his views on this issue.

Walker believes that despite the significant advances in fuel efficiency and energy-efficient home appliances, the global demand for energy has grown by leaps and bounds over the past half century. Increased energy efficiency reduces operating costs, but in turn increases demand for energy-consuming products (automobiles, air conditioners, etc.). In fact, there is a paradox behind the issue of global warming: the fundamental flaw in the human growth model. He suggested that taxes should be taxed on excessive consumption of pollutants and scarce resources, and that greater income equality should be sought.

Such an idealized operation is difficult. The climate issue involves all countries in the world, and there will be a lag in the implementation of policies. On the other hand, the withdrawal of the United States as the world’s second-largest carbon emitter from the Paris Agreement will further exacerbate the difficulty of solving the climate problem.

As the researchers have warned, if the consensus on climate issues cannot be reached within the entire human race, in the future, “cool summer” may become the norm.