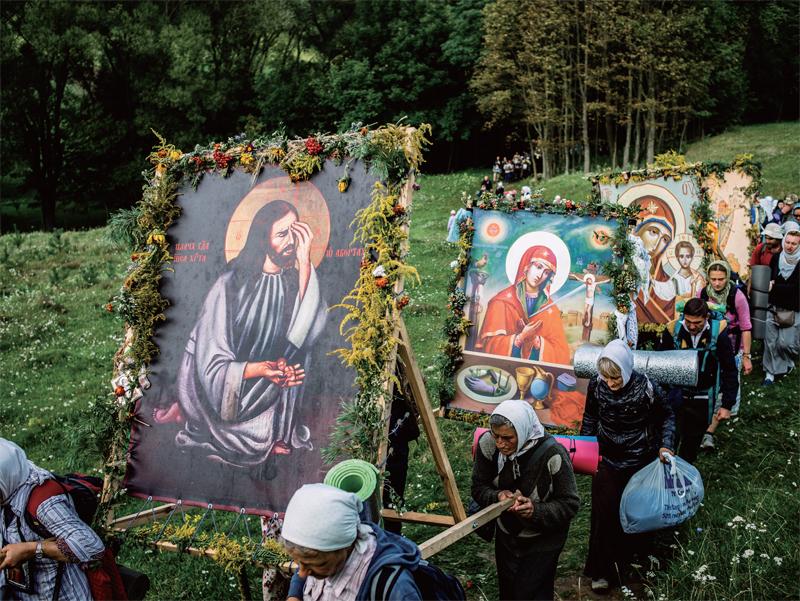 The “Orthodox Church”, also known as the “Orthodox Church,” is one of the three major schools of the General Christian Church. The three Orthodox churches in Ukraine united and parted ways with Moscow, which cheered the Ukrainian political circles, while the Russian authorities showed great anger. It is reported that after Putin learned the news, he urgently held a security meeting to discuss countermeasures.

The religious identity of the Ukrainian nation

Today, the plains of Ukraine, where there is no barrier, have been the land of all ethnic groups since ancient times. Here, the Viking merchant ship from the Baltic Sea came to the Black Sea along the Dnieper River, traded with the Eastern Roman Empire at that time, and then joined the Slavic tribe on this fertile soil. In today’s Kiev area, it was called “Kievsky Rose”. “The regime.”

The original Slavic regime that believed in paganism, in order to integrate into the network of other European regimes, its leader Vladimir was finally baptized in 988 to worship the Orthodox Church and entered the civilized track of the Eastern Roman Empire. Kiev became the center of the early cultural and religious belief of the Eastern Slavs.

However, on this plain plain, the people of other faiths keep coming in and out, and they have launched a severe challenge to the East Slavs who live here. In 1240, Mongolia’s army marching westward wiped out Kiev, and the earliest Eastern Orthodox faith center of Eastern Slavs was destroyed.

“European civilization wore a coat made in Poland and came to Ukraine.”

The Slavic tribal leaders who surrendered to the Mongolian iron hoof, the Mongolian ruled ropes around their necks were tightened. They established a new regime near the Mongolian Golden Horde and gradually formed a new East Slavic power system centered on Moscow.

Location of the Kiev regime in Kiev

However, although Kievan Russ died, this area is more susceptible to European humanism and earlier to the rule of Mongolian forces. Compared with Moscow in the north, it was tempered by the iron hoofs of Mongolia. The area around Kiev began to accept the culture of neighboring Poles, Lithuanians and Germans, and the horizon gradually turned west.

At this time, the western border of Kiev was gradually dusty. The Catholic power of the Lithuanians eventually became the master of the region in the west of Ukraine, which is dominated by Lviv. In 1569, Lithuania and Poland became “Poland-Lithuania”, and Lviv and other places were officially incorporated into the Catholic sphere of influence.

The Polish spread the European Renaissance thoughts on this land; the crafts and book publishing techniques from Europe were spread to the Ukrainian region through the Poles. Baroque buildings built by Polish aristocrats rose from the ground and are still visible in today’s Lviv. “European civilization wore a coat made in Poland and came to Ukraine.”

In this debate, both sides learned the other’s language in order to convince each other. Orthodox intellectuals no longer swear in Greek and Cyrillic, but actively learn Latin to better debate with Catholics and even persuade each other.

In the then Polish-Lithuanian United Kingdom, religious beliefs were relatively free, and a diverse atmosphere could tolerate Orthodox intellectuals to initiate debates. In the process of resisting the Polish Catholic policy, the Eastern Slavs who lived in this land of Western Ukraine began their national awakening.

Cossacks resist Catholic policy
The decline of Kievan Rus and the demise of the Eastern Roman Empire left the entire Orthodox world at its lowest point. The Iraqi Grand Duke Ivan (also known as Ivan the Terrible) who killed his son in the future, based on the rule of Mongolian bloody, regarded Moscow as the “third Rome” that inherited the spiritual world of the Orthodox Church.

Ukrainian Orthodox Christians pilgrimage, monks of the monastery greet these pilgrims with festive bells. It took six days and the pilgrims walked 210 kilometers.

Ivan Dagong does not have the multicultural cosmopolitan spirit of the Kievan intellectuals, but a bloodthirsty monarch who grew up under the Mongolian knife. In Eisenstein’s famous movie “Ivan the Terrible”, the eyes of this feared monarch always shines in the cold, and anyone who betrays him will not end well. Ivan continued to weaken other East Slavic aristocrats and eventually concentrated his power on himself.

While the strength of the Eastern Slavs continues to converge on Ivan, the cultural atmosphere of the Polish-Lithuanian United Kingdom has turned sharply. In 1598, Poland passed religious laws, stipulating that the country must be based on Catholicism. Orthodox intellectuals began to be marginalized, and Lviv’s multicultural atmosphere was attenuated. A large number of East Slavic aristocrats were forced to convert to Catholicism, the aristocratic badge was changed to the Polish white eagle, and Orthodox intellectuals were forced to find new power alliances.

Ivan has mastered more and more cultural and religious discourse rights among the Eastern Slavs who believe in the Orthodox Church. At the same time, in the area of ​​Crimea today, several Cossack armed groups have also emerged. These Cossack armed groups are made up of men of various cultural backgrounds who live on the eastern border of the Polish-Lithuanian United Kingdom and live a grassy life. It is also in this wilderness that was considered to be the edge of European civilization at the time, and the word “Ukraine” (boundary) gradually formed.

On the northern shore of the Black Sea, the Cossack armed forces were sandwiched between the Polish-Lithuanian United Kingdom, the Moscow Principality, the Ottoman Empire and the Mongolian forces. It was a force of bravery and good warfare. The Polish-Lithuanian kingdom employed Cossack soldiers in almost every war, and the latter’s participation made the Catholic regime established by the Sisla Lady a medieval tyrant.

However, there is no contradiction between Mrs. Sisla and the Cossack organization. For the Poles, the biggest hidden danger is that the Orthodox intellectuals and the Cossack militants formed a new Orthodox alliance. In the Polish-Lithuanian kingdom, they are the strongest bastion in adhering to the Orthodox faith and an armed force against Polish Catholicism.

Finally, in 1648, the Cossack Orthodox forces erupted under the leadership of Hmirnitsky. Hemirnitsky is a Cossack who was educated by Orthodox intellectuals. With the help of the monks, this frontier force has defeated the Polish royal cavalry in the grasslands, making the whole of Eastern Europe very shocked. During the uprising, the Cossacks not only killed a large number of Polish Catholic aristocrats, but also destroyed more than 300 Jewish villages, which led to the first massacre of Jews on Ukrainian land.

“Third Rome” and its Orthodox dissidents
In 1654, Hmirnitsky, eager to find the alliance, went north and found the most powerful core of the Eastern Slavs, the Grand Duchy of Moscow. In the Tsarist era, this year was considered an important year for Russia and Ukraine to form the unified empire of East Slav.

The turn of the Cossacks broke the geopolitical balance in Eastern Europe. The Polish-Lithuanian kingdom has since turned from prosperity to decline, and finally faces the tragedy of being divided. The land of Ukraine, from the original Sislav civilization to the corridor of the Eastern Slavic territory, became the aisle of the Eastern Slavic civilization entering the Sislavic territory.

The turn of the Cossacks broke the geopolitical balance in Eastern Europe.

However, the biggest doubt in this history is that Hemirnitsky, the Cossack leader, believes that they have formed an alliance with Moscow on an equal footing, while Moscow has interpreted that the Cossacks belong to Moscow. The original documents signed by the two sides have long since disappeared. In the future, Hmirnitsky even concluded alliances with the Protestant countries of Sweden and the Grand Duchy of Brandenburg. However, from the standpoint of Moscow, the gesture of the Orthodox Church of Hemirnitsky is undoubtedly the title of the “third Rome” of Moscow.

The cultural and religious status of Ukraine has also cast a controversial secret cloud in this historical period. The Moscow Church and the Kiev Church were originally two independent organizations, and in 1684, they became the Kiev church subordinate to the Moscow Church. Some people say that this is the result of the bribery of the Kiev church in Moscow. 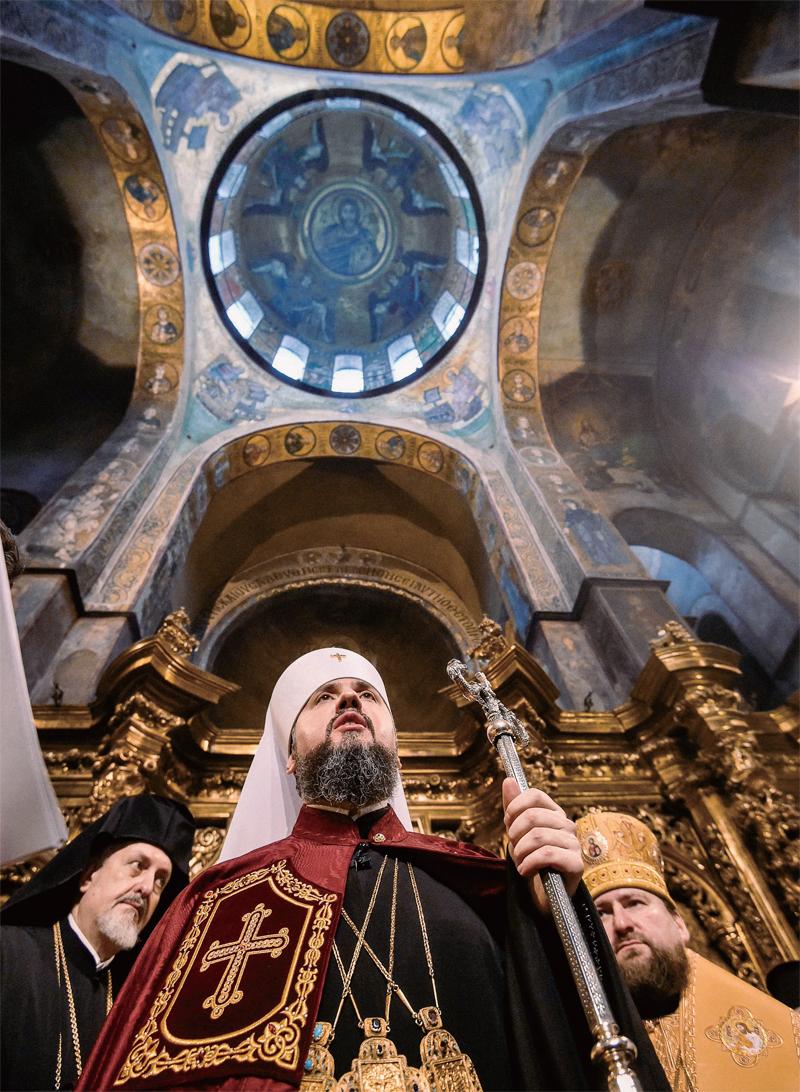 In the Orthodox world, the Moscow patriarch who once commanded the entire Russian Empire was never the highest leader of all Orthodox Christians. After the fall of the Eastern Roman Empire, the Ottoman Empire, which believed in Islam, changed the Orthodox faith center of Constantinople to Istanbul, but the Orthodox Patriarch of the place was still tolerated.

The Patriarchate, founded in 330 AD, is the “first of many equal members” in the Orthodox world and is also known as the “universal pastor.” That is to say, although Ivan the Terrible has declared that Moscow is the “third Rome”, the power of “Second Rome” still exists in the Orthodox world. This universal priest, surrounded by Muslims, is the biggest promoter of the Ukrainian Orthodox Church from the Russian Orthodox Church.

With the help of Poroshenko, the Ukrainian Orthodox community began to cut with Russia and sowed the seeds of division. For the universal priest of Constantinople, this is also a rare opportunity – after all, “Second Rome” has not really been completely destroyed, but lived in the shadow of “Third Rome” for so many centuries, now finally People have seen that “Second Rome” still has the right to speak.