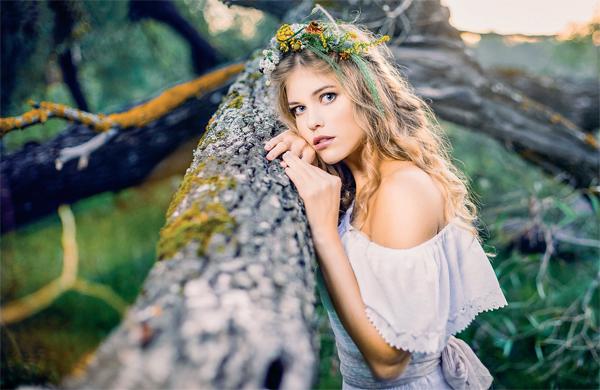 Because of the experience of studying in Russia, knowing Russian and being born and cheerful, I have the opportunity to deal with Russian women both at home and abroad. Of course, the more important reason is that they are naturally beautiful, sexy and charming, and I can’t help but shake my heart.

But I still think that the vast majority of Chinese, even if they have been in the Russian-speaking region, have little knowledge of Russian beauty and Russians. I need to write this topic that is a bit of a dream.

Masculinity
The Russians experienced the defeat of the country after the Soviet dream, lost the glory of the past, combined with the low level of material income and social security, making their character full of uneasiness and anxiety about the future destiny. Many Russian girls who lost hope in the future chose to commit suicide. This is also the reason why the “Blue Whale” (a death game from Russia) broke out in previous years.

On the other hand, the Russian beauty is full of pride in themselves, because the once powerful Soviet Union, because it can indeed arrogate the value of the world’s beauty. Even if many of them are engaged in the profession of dancing girls and jealousy because of poverty, they are still proud of Russia because they think that the world once belonged to them.

Due to Russia’s strongman political tradition, Russian women are more inclined to those strong men when they choose a spouse. This is reflected in the fact that Russian women are eager to be conquered from the bottom of their hearts. To a certain extent, this is also related to the history of the Russian nation. For example, the Mongolian Empire’s rule over 200 years has made Russian women somewhat “love to be abused”. When I chat with many Russian women, I also find that they even prefer those men who are not good for them. Russian male friends have also taught me privately, don’t be too good for Russian girls, otherwise they will be more proud.

When history shines into reality, Russia is now known for its high rate of domestic violence. When we foreigners and Russians slammed the ugly society together, have we ever thought that this is highly related to the so-called thousands of years of conquest and the historical and cultural psychology of being conquered? At the beginning of 2017, the Russian Duma even issued laws to further alleviate the punishment for male domestic violence. At that time, there was not much opposition to feminism in Russian society.

Of course, domestic violence is always wrong, but without masculinity it is impossible to get the hearts of Russian women. 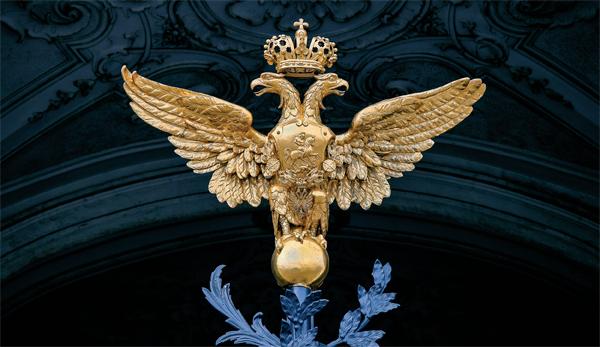 Russian national emblem on the gate of the Winter Palace

This also shows why Russian women are so concerned about their image – they really have to dress up for dozens of minutes even if they buy cucumbers on the street. Because the whole society is catering to the needs of men, it is meaningless for women to be good if they are not good enough. I even think that even the national tax policy is supporting Russian materialized women – the world’s tax rate on cosmetics is compared, why is Russia’s tax rate so low? Because Russia needs more beautiful women than other countries.

What’s more interesting is that Russian women are counted down in the entire European female group. They often have the nickname of “Russian scorpion”. First, they are ridiculed, have no brain power, are only willing to engage in despicable sex occupations, and second, they are always beautiful by European women. . During the World Cup, many European women kept saying that they went to watch the ball. In fact, how many people are going to look after their husbands and boyfriends? If the reason for the status quo is really to be pursued, Russian women think that it is the West, and that if there is no great hero of Putin, the status quo in Russia is likely to be even worse.

They seldom consider whether they are well educated, and even if they are well educated, they are more willing to take advantage of this opportunity to find a good match rather than develop themselves. What are the reasons for the lack of education, these micro-personal things are drowned in their grand historical narrative and self-righteous pride. Most people are reluctant to go deep into the current situation of Russia’s economic difficulties, and think it is better to stay in the past and continue to cool. This does not seem to be a problem for Russian women, but the mentality of the entire Russian nation.

Matching it is a worthy Russian national emblem – a double-headed eagle, one head looking east, one head looking west, but not looking at himself. For the Russians, the face seems to be more important than the lion. But how long will it last without the support of the lining? They are not like the Chinese, they can do it with patience, ignorance, and development. They look so powerful, the external stimuli will trigger their fierce and showy force. But its brilliance, yet so easy is just a flash of light.

When the West explained the fate of the Soviet Union’s dismemberment in the 70 years since its birth, they are more from the perspective of system and ideology. They may never have thought about it. The national character of the Russians has led to the glory of the national movement. Like the flowering period, it has never been long.