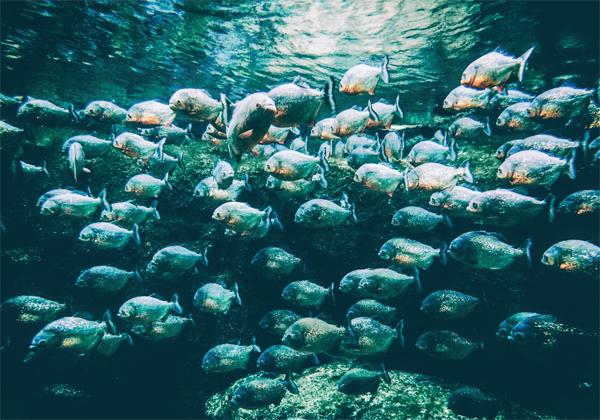 Hundreds of crystal clear streams flow through the rivers and lakes. These rivers have the same goal, and eventually they rushed to the wilderness due to the huge cliff drop, and they merged into the thunderous and powerful Iguazu Falls.

In South America, the wonderful water elements have gathered many wonderful landscapes that are rare in the world. I am fortunate to be here to take in the sights and see the sights.

Black and white wonders
Hastily bid farewell to São Paulo, flying nearly 3,000 kilometers, only arrived in Manaus, the capital of Brazil’s Amazon state, when it was dark. Nothing else is to explore the rainforest.

The Amazon rainforest covers an area of ​​about 7 million square kilometers. It produces 1/10 of the world’s total oxygen, and is called the “earth of the earth.” Such a huge “green forest kingdom” naturally contains countless mysterious passwords to be explored.

Our exploration begins with Manaus. As the capital of the Amazon, Manaus is located at the intersection of the Rio Negro and the Solimans River. In Portuguese, “Negro” means “black”, so this river is called Heihe; and Solimans is a combination of the Portuguese words “sunshine” and “mud water”, meaning bright muddy water. Because of its light color, it is also known as Baihe.

Miraculously, the two rivers meet near Manaus, but there is no rapid integration. At the intersection of the two rivers in black and white, it seems that there is a crack that divides the river into two. The two torrents are inconsistent and distinct, and belong to two different worlds. Until a few tens of kilometers, they merged into one, becoming the mainstream of the Amazon River and flowing eastward into the Atlantic Ocean.

Why do the two intersecting rivers have such clear black and white points?

It turned out that the Heihe River originated in Colombia. The upstream rot wood formed a large amount of humic acid in the water, and then mixed with decaying plant leaves, which made the river black. The most acidic watershed in the river, with a pH of only 3.7, inhibits the growth and reproduction of mosquitoes and affects the bio-chain in the region.

It seems that there is a crack that divides the river into two. 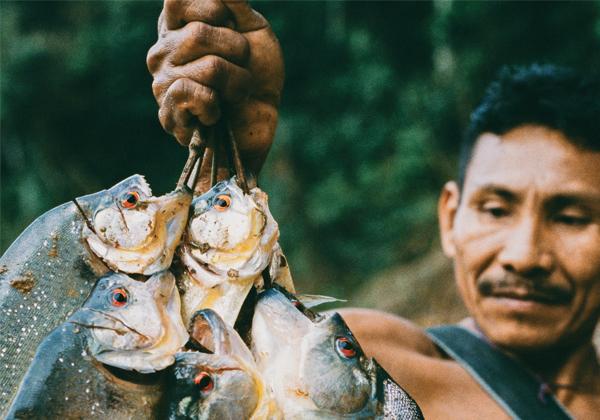 Dating with piranhas
Interacting with the Indians in the rainforest, the most exciting is the boat fishing Amazonian specialty – piranhas.

Before I hooked the fishing, I thought of the piranha picture in the horror movie: the sharp teeth of the upper and lower rows of saws can easily tear the prey. Local ichthyologists have repeatedly warned us not to look at piranhas, but to know that they are a group of fish. When the prey falls into the water, thousands of piranhas will rush together, and in a matter of minutes, the prey will be smashed, leaving only a pile of white bones.

The boat fishing piranha tour began. Before the sail, the boss of the Indian ship, who was serious and slightly fat, ordered us to put on the life jacket quickly, and told us to stand still and not stand out of the boat, and not to touch the water surface, otherwise all consequences will be at your own risk.

Although my heart is hairy, in order to capture the wonderful rainforest photos, my friend Li Nan still chose to sit in the bow. When the ship sailed to a wide surface of the water, the ship’s boss took up the sculls and took out a prepared fish raft and handed it to Li Nan, who claimed to have studied the fishing, and indicated that he could start eating piranhas. I looked around and found that the water was flowing slowly, and the turbid river was soaked with many decaying leaves.

The Indian-made fishing rod is actually a slender wooden stick with a fishing line tied at the end, one meter long, connected with a sharp and strong silver hook. The translation of the peer told me that in the eyes of the ship boss, this fishing rod is already a good product. Although the fishing rod is simple, the Indians are very particular about the bait, they must use fresh chicken nuggets and beef.

Everything is ready, Li Nan puts the fish into the water. Only a blink of an eye, he felt the fish breezes slightly vibrate, and immediately pulled up, a desperately struggling piranha was so caught in the boat.

Good guy, this screaming moment led to a scream. Everyone instinctively shrank their bodies and feet, for fear of being smashed by piranhas. The ship’s boss stepped over and stepped on the lively piranha, warning us not to catch the fish by hand. A moment later, when the ship’s squid was fainting and fainting, he lifted his foot sensitively, grabbed the fish tail with his hand, and threw it into the fish pocket. The action of the ship’s boss was clean and neat, winning the full boat’s applause. Li Nan was able to do the same, and it took more than an hour to catch more than a dozen piranhas.

The whole fish dinner on that night became the most popular speciality in many days. Steamed, braised, grilled, fried, boiled soup, different varieties, different practices. There are not many steamed silver arowana fish bones, and the meat is tender. The fruit fish eats the fruit that falls on the tree and grows up. The barbecue is filled with the smell of fruit. The piranhas made by the fangs are the most delicious, attracting a large population of people. 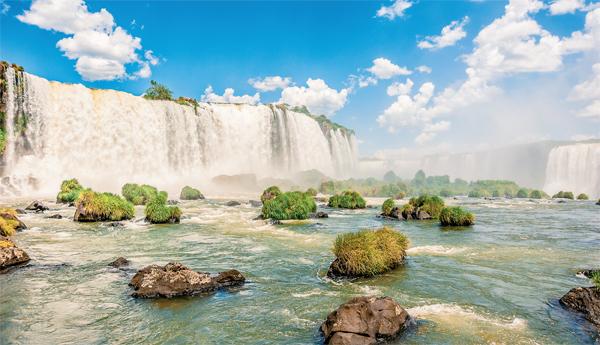 The most touching waterfall in the world
I have seen many large waterfalls, but this time I was in close contact with Iguazu, one of the three major waterfalls in the world, but I still impressed me. The most special thing is that I spent two days, and I experienced the wonders of this big waterfall from both Brazil and Argentina.

The first is the different perspectives. Looking at the waterfalls in Brazil, people are like paintings. The waterfall path is a few tens of meters away from the waterfall group. With this distance, people can enjoy it more calmly. Since the angle of view is from the bottom to the top, the spectacular water curtain descends from the sky, and there is a sense of majesty. In Argentina, the distance between people and waterfalls is closer. People are integrated into the frame and are condescending. They can see the scenes of the waterfalls rushing down and pouring down. It is also a flavor.

Second is the temperament is different. In the Brazilian section, mastering the rhythm is the most important. The natural layout of Iguazu lies in the fact that hundreds of waterfalls are vying for each other, and they are getting better and better. Along the way, all the way to appreciate, 275 waterfalls, large and small, fell into a waterfall group with an average difference of 70 to 80 meters.

The most amazing thing is that the waterfalls have their own characteristics. Some, such as the silver chain fluttering, squatting down; some are snoring, rushing down; others are simply combined into one, a strong earthquake. Even the first small waterfalls that first appeared in front of us are worthy of nostalgia. They are the starting point of the hundred waterfalls. If it is missing, Iguazu’s “world wide” is to be discounted.

The winding waterfall bridge is the essence of Brazil’s Iguazu. Here the water vapor is diffuse, and people are even smaller. “Iguazu” means “big water” in Indian, water is the master here, and it is the hero here.

When the footsteps stayed in the middle of the Guanqiao Bridge, the strange scene appeared: the bright sun shone on the water mist, and a colorful rainbow appeared around it, which was not scattered for a long time. More than 100 meters high fog curtains rise from the bottom of the waterfall, which is spectacular with the rainbow.

In the Argentine section, the waterfall is highlighted by the wild waterfall and the wildness. During the rainy season, the water level of the Iguazu River soared, hitting the cliff with tens of thousands of cubic meters of water per second. The water flow merged into a semi-circular water curtain, which rushed down and its momentum was vast, such as dislocation. Wild horses. The waterfall falls to the bottom of the valley, and the splash of water is more than 90 meters away. The thunderous sounds cheered him and he could hear it 25 kilometers away.

The imposing Iguazu Falls is known as “the most touching waterfall in the world”. Standing on the waterfall platform, the nine streams of water roared down and thrilled. The giant stream fell into a narrow semi-circular fissure. This scene is like “the sea rushes into the abyss” and is called “the devil’s throat”.

While admiring the Great Falls, I couldn’t help but think of the Itaipu Hydropower Station, the second largest hydropower station in the world not far from here. Brazil and Paraguay have long been worried about the lack of electricity, and later signed an agreement to jointly develop the water resources of the Parana River. The project, which lasted for 16 years and cost more than $17 billion, is known as the “seventh miracle of mankind.” This “century project” has solved 20% of electricity supply in Brazil and 80% in Paraguay. Without the Itaipu hydropower station, Iguazu Falls will outpace Niagara’s waters and become the world’s largest waterfall.