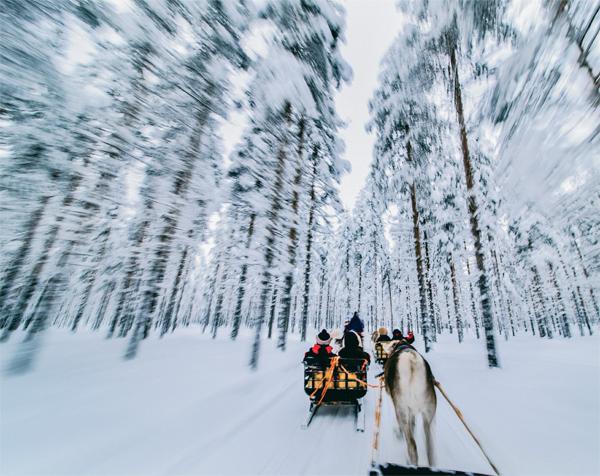 In the Kola Peninsula in northwestern Russia, there is a city called Murmansk. It is the largest port city on the Arctic Ocean coast and the most cost-effective place to observe the Northern Lights.

This winter, I decided to go there and come to a battle with “Santa Claus” and “Goddess of Aurora” (the goddess of the Nordic mythology who rules the dawn and the dawn, referring to the Northern Lights).

As an authentic southerner, before I entered the Arctic Circle, my first consideration was how to prevent cold. “There is no coldest day, only clothes that are not thick enough.” With this philosophy in mind, I will upgrade the winter cold-proof clothing collectively, without letting go of any “plus velvet” and “thickening” words: warm tights, thicker Sweaters, wind-proof jackets, cold-resistant down jackets, plush wool hats, waterproof down gloves… Yes, you must buy a pair of waterproof and non-slip shoes. It turns out that the equipment is very important in the snowy ice.

I want to ask what it feels like when I enter the Arctic Circle. I will answer: “Warm.” Not only is it not a frozen port, but the temperature in December is generally minus 5 degrees Celsius, and there are abundant natural gas resources. Warm, the feeling is bright, neon flashing, and vibrant. This is a kind of warmth that the southerners can’t describe. I brought 40 pieces of warm stickers, and none of them were used. I brought them all back.

Here, from October to March every year, there is a chance to see the colorful and magnificent Aurora. I did my homework especially, knowing that the Aurora Index (KP) is divided into ten levels. The larger the number, the stronger the aurora and the larger the coverage. In general, when KP ≥ 3, there is a chance to see the aurora. Before I set off, I also pretended to be a “Buddha” and told myself that if I couldn’t see it, it was a fate and I didn’t have to ask for it. But in fact, every time I look at the value, I am very intrigued in my heart, I hope that the peak is higher and higher.

Meet “Santa Claus”
When I wake up, the sky is still black. In December, there are only about 3 hours of sunshine per day, and the rest of the time is dark nights – the whole city is shrouded in a quiet and fresh.

Come to the Arctic Circle and be sure to experience the unique snow and ice activities. After breakfast, we drove to Sami National Village, accompanied by Husky, Snow Fox and Little Hare, and traveled on the cool reindeer sleigh.

When I arrived at Sami Village, the sky was just bright, and my eyes were covered with sorrows and silver. Looking into the distance, the horizon is lined with a golden rim, and the thick pine trees are like loyal guards, guarding the short sunshine of winter. The snowy earth under the feet gave a low-pitched sound, and the eager Sami village chief wore a distinctive national costume and greeted us at the door. They are one of the oldest indigenous peoples in Russia.

Entering the wooden house, the flames of the fireplace creaked, and a few furs and antlers hung on the walls, and the house was full of forest atmosphere. Holding the steaming white birch tea, I warmed up and I couldn’t wait to run out of the house, play with the Huskies, and feed the reindeer with bread.

In the village of Sami, everyone will forget the troubles and find the happiness of the long lost childhood. We kicked the simple football bundled with fur and put the plastic board on the ass slide. Sami brother is more naughty, he gestured me to stand under the tree, but violently shake the branches, falling my snow. He himself, hiding far away, smiled and bent.

It will be dark in a few days. On this Christmas night, the soft snow falls quietly, and the noisy daytime is nothing but the silence. I curled up on a sled, and the Sami village chief with a white flower and a beard fell and the snow splashed. The sled rides on the snow, and the bell on the reindeer’s neck creaks. I feel like I am in the dreamy fairy tale, the luckiest child sitting next to Santa Claus. 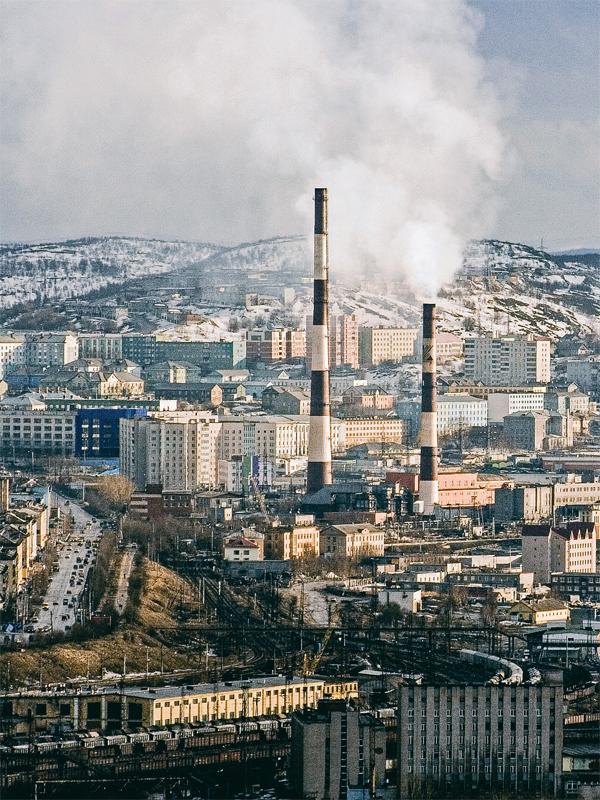 Saying goodbye to Sami Village, I set out to pursue the ultimate goal of this trip to Russia – Aurora.

I curled up on a sled,

The Sami village chief with a white flower and a beard has a reins.

There are three principles for observing aurora: remote areas without light source pollution, no clear weather with clouds, rain, snow, fog, and KP ≥ 3. We can use various means to predict the intensity and burst time of aurora, and increase the probability of unexpected encounters infinitely. But no one and no instrument can tell you exactly when and where exactly the aurora will appear. It is because of the beauty and mystery of the aurora, it is particularly embarrassing. 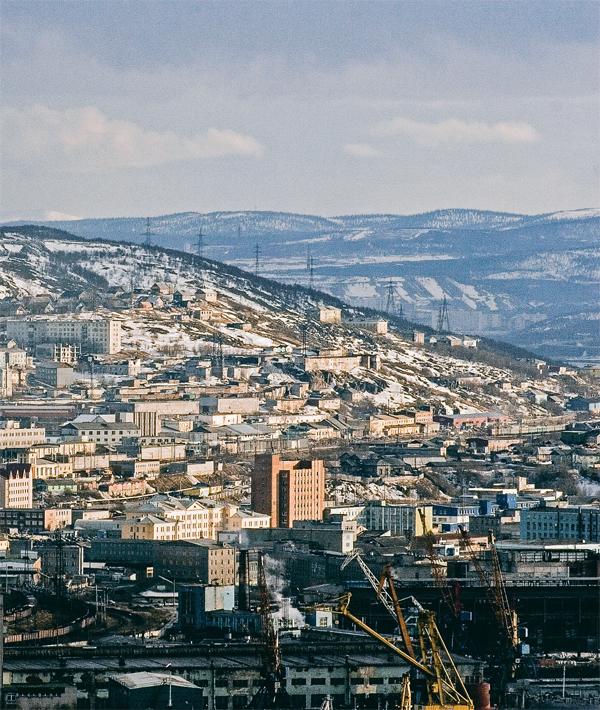 Guided by the local guide, we chose an aurora high. Although only 50% of the grasp, we still sat on the bus with full expectation. Walking on some bumpy roads, the outside is dark, and a beam of lights at the front of the car illuminates the way forward. Unconsciously, we are far from the city and heading for a deeper night.

The car parked on the outskirts of the lake, surrounded by silence, the wind blowing like a skate on his face. The cold could not extinguish the eager anticipation, with the yearning for the aurora, we slammed our hands, rubbed our feet, and arranged a tripod, looking forward to that one.

Waiting for more than an hour in the cold wind. In the sky, the stars smirked and the moon hangs brightly there, like a lamp on the stage, cast on this sky curtain, waiting for a good show.

“Ah! That is the aurora!” Looking in the direction of the finger, it was a band of clouds, emitting a shallow green light, and I even suspected it was just a cloud. This is indeed different from the photos that everyone sees online. What is happening in front of us is not the bright green light, nor the traces of rolling dance. It flutters in the night sky without warning, like a bunch of blue silk, shaped like a curved arc, showing a light green, reddish hue, flickering.

Everyone had no time to think about it. They all raised their cameras and pressed the shutters one by one. The aurora is impermanent, unpredictable, and fleeting like a fireworks, and it is completely faded in a short while. After knowing it, a large cloud occupied the entire night sky.

I don’t want to be “willing to give up” and decided to launch a second chase. I am going to start again at 11 o’clock in the evening. This is the best time to observe Aurora. I pray that luck will come again, let me take another look at the “Godola”.

I am so lucky! In the dark night, the moonlight is slanting in the arctic earth, and the black and white ash scenery adds a mystery. Looking up, there is a ray of light on the horizon, slowly revealing the radiance of Ying Ying. The green light is like a snake’s eye, faint, thin, like a colored silk thrown into the air, flying up and down, flipping. The thin light wall connects the heavens and the earth, like fog and non-fog, and the curve spreads out and extends to the sky.

The chasing process is a special experience. It must have the ability to withstand the cold, have the patience to wait for the beauty, and have a natural mood. If you have no aurora on the surface, don’t be too frustrated. When the plane is flying in the stratosphere, the aurora of the upper atmosphere is likely to wave to you and show her enchanting figure. Because of this, I chose the seat on the round-trip flight.

The aurora is endowed with a beautiful meaning. Legend has it that it is the embodiment of “Dawn”, a representative of hope and happiness, with the power to soothe people. I think that Aurora has such an implication, not because of its brilliance and elegance, but because it can inspire people’s purest spiritual aspirations. The aurora seems to tell people that every day in the future will be beautiful and full of hope.