Tandy was so exhausted from his dreadful experiences at the bottom of
the sea hole he spent the rest of the morning flat on his stomach on
deck making lively sketches from memory of the City of Seeweegia. Of
the sea hole itself not a sign nor vestige remained. The sea, tumbling
through the breach made by Nikobo, had closed it up forever and ever.
Ato had Roger fetch bandages and witch hazel down to the raft and it
took him two hours to bind up the cuts and hurts of the faithful
hippopotamus. Then climbing wearily up the rope ladder to the deck, he
spent another hour rubbing himself with oil and liniment, muttering
darkly about reckless collectors who got themselves and their shipmates
collected.

“What would WE have done if you’d never got out of that air bowl?”
scolded Ato, waving the bottle of liniment at the Captain, who was
cheerfully changing into dry clothes. “_You_ know _I_ know nothing
about navigation nor one sail from t’other.”

“Ah–but what you know about sauces!” retorted Samuel, rolling his
eyes rapturously. “Of course, I’ll grant a ship cannot sail on its
stomach, but if the worst had come to the worst, you could have left
a note for the sails on the binnacle. ‘If it comes up a blow, tie
yourselves up.’ Ha, ha! Tie yourselves UP!” Jamming his feet into his
boots, Samuel blew a kiss to his still muttering shipmate and tramped
down to the hold to settle his jellyfish boy in one of the large
aquariums. The water boy, about half the size of Tandy, was a jolly
enough looking specimen, but kept opening and shutting his mouth like
a fish and staring anxiously from his captor to Mo-fi in the cage
opposite. Whistling happily and unmindful of the cuts and bruises he
had suffered, Samuel filled the bottom of the aquarium with pebbles
and shells, put in several seaweed plants he’d fished up in the nets,
and soon had the little stranger as happy and cozy as a clam. Giving
him and Mo-fi a wafer of fish food, the Royal Explorer of Oz went above
to have a look at the weather, for he did not like the way the ship was
pitching.

In spite of the desperately fatiguing morning they had had, it seemed
the voyagers were in for some further excitement. The sky had grown
dark and threatening. Dark clouds in ever-increasing numbers scudded
along from the east; the sea, rough and angry, was full of racing
little whitecaps. Nikobo’s raft plunged and rocketed up and down like
a bucking bronco, flinging the hippopotamus from side to side and
bringing her with squealing protests up against the rail first on one
side and then on the other. Fearing for her safety, Samuel with Tandy’s
help rigged a temporary derrick to the mizzenmast, hove his vessel
to, and bidding Nikobo swim round to the side, cleverly hoisted her
to the main deck by a hook caught through her harness. Nikobo took it
all quite calmly, coming down with a thankful little grunt, glad to be
with her shipmates in the gale that was lashing the sea into a rolling,
tossing fury of mounting gray water and foam.

The wind had risen now almost to hurricane proportions, and taking in
all sail and with only a tarpaulin lashed in the main rigging, Samuel
prepared with bared poles to ride out the storm. Ato, always ready and
helpful in a crisis, trudged up and down the heaving decks with pails
of hot soup and coffee, and after a hasty lunch, all hands fell to
closing ports, battening hatches and removing from the decks all loose
gear and equipment. As it was impossible to shove Nikobo through the
door of the main cabin, Samuel lashed her tightly to the mizzenmast and
with an old sail round her shoulders the hippopotamus anxiously watched
the mountainous waves breaking over the bow and running down into
the scuppers. It was all so wild and new, so dangerous and exciting,
Tandy begged Samuel to let him stay on deck. Much against his better
judgment, Samuel finally gave his consent, tying Tandy fast to Nikobo
and the mizzenmast. If anything happened to the ship, reflected Samuel,
fighting his way back to the wheel, the hippopotamus could keep Tandy
afloat and take care of him besides.

Ato and Roger, not being needed on deck and not caring for storms, shut
themselves up in the main cabin for a game of checkers. But checkers
and board soon flew through the air, and the two had all they could do
to hang on to their chairs as the _Crescent Moon_ pitched headlong into
the cavernous hollows and struggled up the mountainous ridges of the
great running seas.

“This time we have succeeded,” stated Didjabo, chief of the nine Judges
of the realm, “this time we have succeeded and our plans may now be
accomplished. Last time, we merely destroyed the King and Queen,
neglecting to do away with the Royal Off-spring, Tazander Tazah, and
for that reason we failed utterly. So long as this boy survived, the
natives insisted on considering him their rightful King and Ruler. But,
hah! that prophecy we invented about an aunt carrying him off was a
clever and useful idea–eh, my fellow Zamians? Now as the child, with a
little help on our part it must be confessed, has really been carried
off and destroyed, we can blame these same silly females, and they and
all the royal family can be tossed into the sea to pay for this heinous
crime. Ha, ha! Quite an idea, a famous idea!” murmured Didjabo, and the
eight Ozamandarins nodded their narrow heads in complete and satisfied
agreement. “Leaving the throne clear for us–the Nine Faithful Servants
of the People!” Again the Ozamandarins nodded, but Didjabo, slanting
his cruel little eyes up and down the long table, was already making
plans to destroy the lot of them and have the whole great country for
himself.

“But how can we be sure the boy is destroyed and out of the way?”
questioned Lotho, the second Ozamandarin in point of rank and power.

“Because,” Didjabo curled up his lips in a hard little smile, “the Old
Man of the Jungle has brought us proof. Boglodore! BOGLODORE! It is our
wish that you appear before us.”

At Didjabo’s call there was a slight rustle and stir behind the
curtains in the doorway, and an immense wrinkled old native clad only
in a turban and loin cloth stepped noiselessly into the Chamber of
Justice. Without waiting for further orders, Boglodore began in a high,
dismal, droning voice:

“Following the commands of the highest among you, I, Boglodore the
Magician, did carry off on my famous, never known or seen flying
umbrellaphant the heir and small King of this country, coming down
after two days, on Patrippany Island. Not wishing to destroy the boy
with my own hands, I left him to the wild beasts and savage Leopard Men
known to inhabit this island. That, as you know, was five months and
two weeks ago. Having just returned from a second flight to the Island
where I found no trace or sign of the boy, I can safely assure you
that he is no more, that he has undoubtedly been killed by the savages
or the wild beasts of the jungle.” There was not a trace of pity or
remorse on the cruel flat faces of his listeners as Boglodore finished
this shameful recital.

“In that case there is nothing left to do but punish the royal aunts
and family, issue a proclamation of our accession to power, and divide
up the Kingdom,” mused Lotho, drumming thoughtfully on the table with
his long skinny fingers.

“But do not forget my reward,” wheezed Boglodore firmly. “For this
cruel and infamous deed I was promised one tenth of Ozamaland and I
am here to claim as my share the entire jungle reach of this country.
Extending his arms, the old man of the jungle advanced threateningly
toward the long table.

“Ha, ha! Just listen to him now,” sneered Didjabo, gathering up his
papers and looking insolently across at the angry native. “Have a care
what you say, fellow. Too much of this and you’ll go over the cliff
with the royal relatives. Now, then, clear out! Your work is done! If
you ever set foot in this city again, you shall be trampled beneath the
feet of the royal elephants!”

“Ah–hhh!” Boglodore recoiled as if he had been confronted by a
poisonous reptile. “So that’s to be the way of it? Aha! Very good! I
will go. But do not think this is the end! It is but the beginning!”
Snapping his fingers under the long noses of the Ozamandarins, the old
man, not bothering with the door, leapt out the window and vanished
into the garden.

“Do you think that was quite wise?” questioned Teebo, third in rank of
the Ozamandarins. “This fellow and his flying elephant are dangerous
and may do us a world of harm.”

“Do not forget, anything he says will involve himself, and he’ll have a
hard time proving to the people that it was on my orders the young King
was carried off.”

“Oh, hush!” warned Lotho, glancing nervously over his shoulder. “Not
another word!” Shrugging his shoulders and rising to indicate that the
meeting was over, Didjabo started pompously for the door. “I will go
now to prepare a Royal Proclamation explaining that as the young King
has not after exhaustive search been found or located, the authority
and governing power of the state shall pass to us, the Nine Faithful
Ozamandarins of the Realm! We can then meet again and here in this star
and barred Chamber of Justice divide the Kingdom among us.”

“Very well, but see that you remember it is to be divided!” Staring
fixedly at Didjabo, Lotho strode away, colliding violently at the door
with a small breathless page who was entering on a veritable gallop.

“Your Honors! Your Ozamandarin Majesties!” shrilled the boy, wildly
waving his trumpet instead of blowing upon it. “A ship–there is a ship
with four masts beneath the chalk cliffs, a strange ship with full
sail is riding into our harbor.”

“There, there, don’t shout!” snapped Didjabo, seizing the boy roughly
by the shoulders. “Go back at once and discover what flag this ship
flies from her masthead. Quickly now. RUN!”

“What could it mean? Where could it be from? Such a thing has never
happened before!” muttered the others, hastening over to the long
windows. 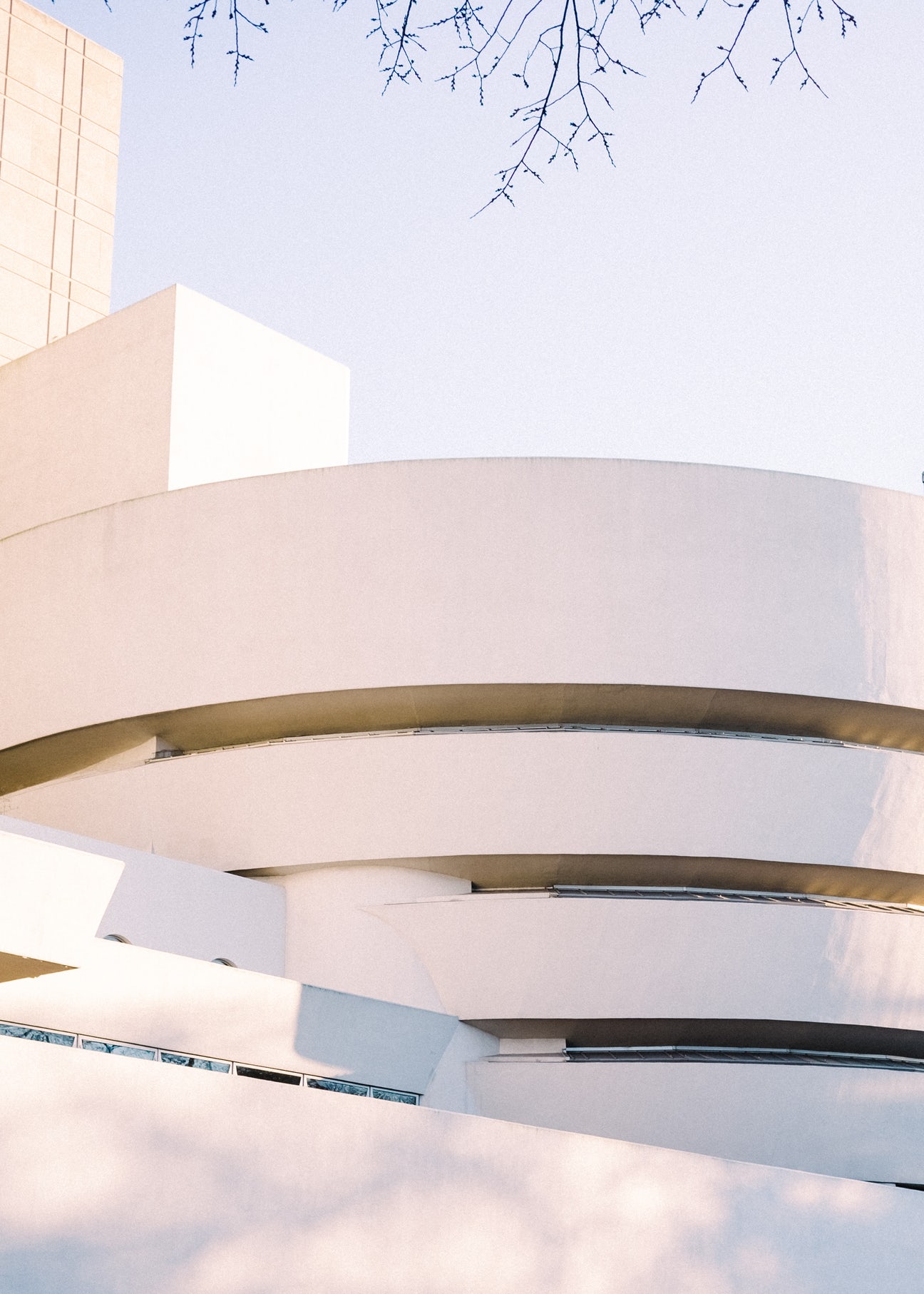 “Confoundation!” raged Didjabo as the page with frightened stutters
turned and ran out of the Hall of Justice. “This ruins everything.
Who are these meddling foreigners? And why do they have to arrive
now of all times? NOW! Lotho! Teebo! Call out the camel corps and
the white elephant guard. Have them drawn up in war formation on the
chalk cliffs. You others!” impatiently Didjabo waved his arms at the
six remaining Ozamandarins, “See to the defense of the palace! If
these meddlers set foot upon our territory they are to be trampled
upon, trampled upon–do you understand?” Nodding with fierce and cruel
determination, the eight tall Keepers of the White City set about
carrying out Didjabo’s orders. Didjabo, hurrying up to the highest
tower in the castle, looked through his telescope to see what manner
of ship had come sailing out of the west to spoil or postpone his
well-laid plans.