When Samuel reached the castle, he found Ato and Roger had set a small
cozy table in the Throne Room, and Tandy was anxiously looking out of
one of the gold-framed windows for his return. The whiffs from the
covered dishes were so appetizing the Royal Explorer of Oz was almost
inclined to let his news wait till afterward. But thinking better
of it, he blurted out the whole story of what had happened to the
Ozamandarins.

“Then they’re all gone and done for,” sniffed Ato, seating himself at
the head of the table. “Well, a couple of hundred years at the bottom
of the sea should soak all the sin and wickedness out of ’em! And you
say it was an umbrellaphant that carried Tandy off? My! and MY! Dear,
dear and DEAR! Just pour me a cup of coffee, Roger. I’m feeling weaker
than soup!”

“Well, how do you suppose _I_ feel,” grumbled Samuel Salt, throwing his
hat up on a bronze figure, “to lose an elegant specimen like that? Why,
I’ll wager we’ll never see another creature like it!”

“There! There! Always talking about the elephant that got away instead
of appreciating your good fortune!” scolded Ato, throwing a corn muffin
down to Nikobo and lifting the gold cover off the roast fowl.

“Yes, and you’d better listen to OUR news, Master Salt!” Roger said,
pouring a cup of coffee for all hands.

“Oh, YES!” cried Tandy, running round to his side of the table and
pressing eagerly against Samuel’s knee. “Roger has a wonderful plan and
I as King of Ozamaland have agreed to it, and oh, Samuel, SAMUEL!”
Forgetting he usually called the tremendous seaman “Captain,” Tandy
flung both arms round his neck and almost squeezed the breath out of
him. “I’m going straight back on the _Crescent Moon_, and I’m not
coming ashore for years and years. I’m going with you to Ev, Oz, Elbow
Island and everywhere!”

“What?” spluttered Samuel Salt, disentangling himself with great
difficulty and holding Tandy off at arm’s length. “Are you joking? Are
you crazy? Have you abdicated or what? Why, this is too good to be
true!”

“But it _is_ true!” insisted Roger, strutting up and down the table and
illy concealing his pride and satisfaction.

“Oh, tell him, tell him,” begged Tandy, too happy to speak for himself.

“Well,” said Roger, spreading his wings self-consciously, for the
plan was his and he felt prouder of it every minute, “we are placing
Ozamaland under the general rule and protection of Oz and leaving as
Ruler in Tandy’s place that long-legged son of the desert, Chunum. Now
there’s a fellow who can handle these scary Nobles and natives and wild
elephant and camel riders. A King must complete his education before he
starts ruling, you know.” Roger paused to scratch his head and wink
gaily at Samuel Salt. “And if this King chooses to finish his education
on our ship, that is his own affair.”

“Oh, quite! Quite!” Samuel began to rock backward and forward and
roar with merriment. “Roger, you rascal, you’ve done as good a job of
reasoning as a whole flock of Wise Men! Fall to, Mates, now we can
enjoy our victuals and I give you a toast to King Tandy, Cabin Boy,
Explorer and Artist Extraordinary to this Expedition!”

“Tandy! Tandy!” mumbled Nikobo, who was lunching largely and
luxuriantly on the flowers in a low window box. “When do we sail?”

Anxious as Tandy was to return to the _Crescent Moon_ and continue the
voyage, it was a whole week before they finally shoved off. Chunum,
true to his word, had rounded up the frightened citizens of the
capital and explained to them the wicked plots of the Ozamandarins and
their punishment by Boglodore, the Old Man of the Jungle. Then Tandy,
addressing them from the castle balcony, called upon them to consider
Chunum as their King until he himself should have completed his
education in foreign parts and aboard the _Crescent Moon_, during which
time he promised to keep them always in mind and have their welfare
always at heart. Next, Tandy explained how Ozamaland was now a province
and under the general rule and protection of Ozma of Oz, how settlers
from that famous fairyland would soon arrive to help them build new
cities and towns, tame the wild jungles of the interior and repel the
dangerous invasions of the Greys.

Here Chunum rose to declare he himself would be responsible for peace
along the border between Amaland and Ozamaland, that the Greys had long
desired to be friends with the Whites, but trouble had been stirred up
by the Ozamandarins so they might have the credit of protecting the
country. Then Tandy spoke again of all the advantages that would be
enjoyed from their association with the Kingdom of Oz. It was a long
and splendid speech, Roger and Tandy having spent the whole morning
in its preparation, and delighted and surprised by the energy and
ambition of their young Ruler, Tandy’s subjects cheered him long and
vociferously, greeting each new plan and proposal with loud acclaim and
enthusiasm. The royal aunts and relatives, already released from the
castle dungeons and restored to their royal dwellings, could not speak
highly enough of their young relative’s bravery and cleverness and
the bravery and cleverness of all of his new friends. They quite wore
Nikobo out with their questions and petting and the hippopotamus sighed
hugely for the time when they would all be at sea.

“Was I right or was I wrong?” questioned Roger on the third afternoon
as Tandy, resplendent in his court suit of white velvet, reviewed
the vast parade of Loyal Nobles and Natives, and the long lines of
elephants and camels went sweeping by the palace. “They love you just
as much for going away as they would if you stayed. And Chunum is a Man
in a Million.”

“Right!” Tandy nodded, waving happily to the crowds that in a high
holiday mood thronged the walks and parks of the beautiful White City.

Chunum had taken Samuel Salt and Ato on an expedition into the jungle
so that the Royal Explorer of Oz could procure a creeping bird and
flying reptile for his collection. Nikobo, old jungaleer that she was,
had gone along to see that no harm came to them. To Tandy a snake with
feathers and a bird with scales and fangs was no novelty, but Samuel,
returning with a pair of each, considered them the most peculiar and
precious of his queer specimens. He carried their cages everywhere he
went and spent long rapt hours watching the snakes fly and the birds
creep about their new cages. Ato had discovered a new and rare fruit
and had brought along several slips to plant in the rail boxes he had
outside the galley. Nikobo had swum to her heart’s content in a green
and muddy jungle stream and all three were now quite ready and anxious
to continue the voyage. Aboard the _Crescent Moon_ one of the Guards
had been established to feed the monkey fish and water boy and tend
to the plants in the hold and serve as watchman. And early one bright
morning, just a week after they had landed, the members of the Royal
Exploration Party of Oz set forth from the palace.

Oz flags fluttered and snapped in the fresh morning breeze, mingling
with the white banners of Ozamaland, and the streets and avenues were
lined with Tandy’s cheering and now quite cheerful subjects. Riding
Nikobo, accompanied by Chunum on a white elephant and the entire camel
corps and elephant guard, the party made their way down to the water’s
edge, feeling exactly, as Ato whispered in a laughing undertone to
Roger, like a whole circus and a zoo. Besides Roger, Tandy, Samuel Salt
and Ato, Nikobo carried two large cages and two small cages. In the
small cages were the flying reptiles and creeping birds. In the large
cages a baby white camel and a baby white elephant.

“You’ll sink, my Lass,” worried Samuel Salt, as Nikobo, having safely
made her way down the rocky cliff road, waded confidently out into the
sea.

“Not me,” murmured the hippopotamus comfortably. “You may get wet, but
I’ll get you safely out to the ship. Trust me.”

“Goodbye! Goodbye, all!” cried Tandy, standing up on her back to wave
to the crowds collected on the cliffs. Now that he was leaving, he felt
a strange fondness for them. “Goodbye, Chunum! I’ll be back, never
fear!”

“Goodbye, Little Fellow! Goodbye, Little King! A fair and far-away
voyage to you,” called the tall old desert chief, standing up in his
stirrups to wave his long lance. “To the sun–the moon–the stars I
commend you! Go in happiness and return in health and live long to rule
over Ozamaland.”

“Goodbye! Goodbye!” called the Nobles, the natives, the guards; even
the elephants and camels raised their shrill voices in farewell as
Nikobo swam strongly away from the shore and toward the _Crescent Moon_.

The guard left in charge of the ship thankfully turned the vessel
over to its rightful owners and, shaking Tandy feelingly by the hand,
climbed down the ladder and dropped nervously on the back of the
hippopotamus, who was to carry him to shore.

“Here, Brainless, lend a hand with the freight,” yelled Roger as Tandy
stood gazing rather thoughtfully toward the cliffs. “The King’s ashore!
Long live his cabin boy! I’ll carry these pesky reptilia if you take
the camel.” Roger winked at Tandy as Samuel Salt, bent double under
the baby elephant’s cage, started carefully down to the hold. The baby
camel and its cage were so small Tandy could manage them quite easily,
and with a little laugh he hurried after Samuel and Roger. By the time
they had finished Nikobo had returned from her shore trip and climbed
thankfully back on her raft.

“All hands stand by to heave up the anchor,” bellowed Samuel, stepping
cheerfully over to his sail controls. “Anchors aweigh! and away we go,
boys, and the hippopotamus take the hindmost!”

“Ho, ho! Well, she’s built for it,” roared Ato, bending his weight to
the cable as sail after sail rattled up the masts and bellied out from
the yards. “Where to now, Sam-u-el? Oz?”

“OZ, I should say not! We’ve a lot of geography to discover before we
go back to Oz. We’ll need a roc’s egg before we go there, eh, Tandy? A
roc’s egg and sixty more islands for Ozma’s Christmas stocking.” 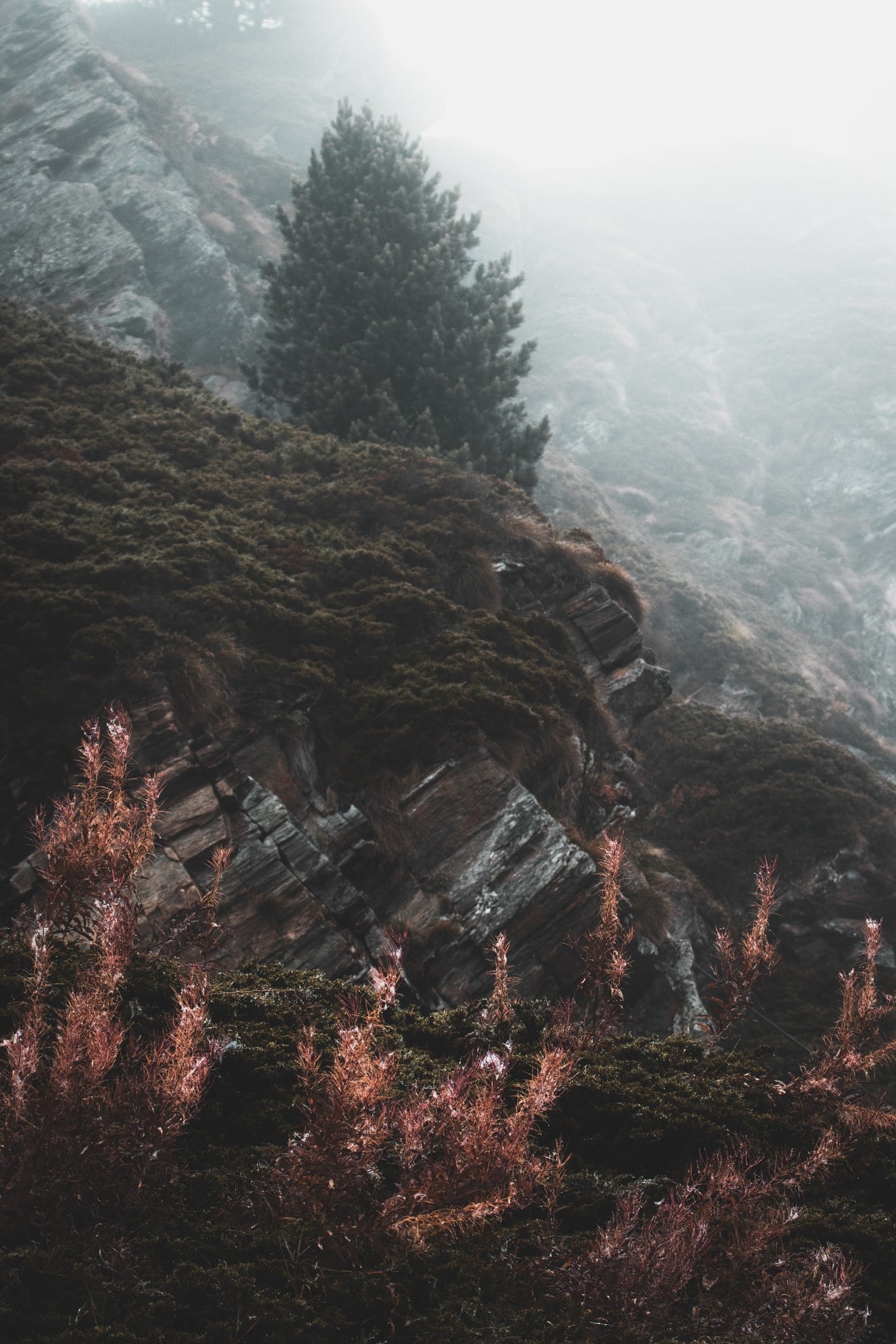 “Oh! Will we really spend Christmas in Oz?” cried Tandy, skipping up
and down the deck, and forgetting all about his subjects waving from
the cliffs.

“Why not?” demanded Samuel Salt, letting his hands fall happily upon
the wheel. “Oz is as merry a place as any to spend Christmas, eh,
Roger?”

And when the _Crescent Moon_ flies over Ev and drops down the Winkie
River on Christmas morning with its chart full of islands and curious
continents and its hold full of strange beasts, plants and treasure, I
for one should like to be there, shouldn’t you?