It was with a critical eye that Petite Jeanne studied her strange
companions as they marched away across the park toward the nearest row
of shops where a lunch counter might be found. With her native French
caution she resolved not to be taken in by strangers.

“They amuse me,” she told herself. “Especially the old man. And yet, I
wonder if amuse is just the right word. He tells prodigious lies. I
wonder if he really means you to believe them. And yet, who would not
love him?

“A cup of coffee on a stool,” she concluded. “Where’s the harm in that?
He may tell me other stories.”

A cup of coffee on a stool was exactly what it turned out to be. The
young host made no apologies as he bowed the little French girl to the
nearest lunch counter and gave her his hand as she mounted the high
seat.

Petite Jeanne ordered sugar wafers, the others ordered doughnuts, and
they all had coffee.

Dan Baker told no stories over that coffee. It was Angelo who did the
talking until he hit upon the fact that Jeanne had traveled with
gypsies. Then his big dark eyes lighted with a strange fire as he
demanded:

“Tell me about that. Tell me all about it!”

Petite Jeanne was tempted not to tell. But the coffee was truly fine,
and this was to be her lucky day. Why begin it by refusing such a simple
request by a friendly young man?

She told her story, told it very well, told of her wanderings across
France in a gypsy van. Once more she danced with her bear down country
lanes and across village squares. She sang for pennies at fairs and
carnivals. She haunted the streets of Paris.

“Beautiful Paris. Marvelous, matchless, beautiful city of my dreams!”
Dan Baker murmured, even as she rambled on.

Jeanne loved him for it. For her, Paris would always remain the most
beautiful city in all the world.

As she told her story the dark eyes of the Italian youth, Angelo, were
ever upon her. Yet his look was not an offensive one. So impersonal was
it that he might have been looking at a marble statue. Yet there was a
burning fire in his eyes, the fire of hope, of a new born dream. In that
dream he was laying plans, plans for her, Petite Jeanne; a play, his
play; a light opera, and what a light opera it would be!

“There!” Jeanne exclaimed as she hopped nimbly off her stool. “I have
told you my story. It is a happy little, sad little story, isn’t it? As
all true stories must be. There have been for me many moments of
happiness. And who in all the world can hope for more than that?”

“You speak the truth, child.” Dan Baker smiled. In that smile there was
something so full of meaning, so suggestive of a kindly soul grown
mellow with time, that Jeanne wished to stand on tiptoe and kiss that
wrinkled face.

Instead, she patted his hand and murmured: “Thank you so much for such a
lovely time and for those wonderful, wonderful stories.”

“But you are not leaving us so soon?” protested the young Italian.

“I must. This is to be my luckee day. Strange, mysterious happenings
have come to me. More will come. I have an engagement to meet a new
friend. She will take me to a sale. There I shall buy a package at
auction. What is in the package? Who knows? Perhaps I shall purchase
two, or even three. What will these contain? Who knows? Much, I am sure.
For this is my luckee day.”

She sang these last words as she danced out of the lunch room.

The others followed. “But you will see me again,” pleaded the young
Italian. “You are to be in my play, my light opera. I shall write it at
once, around you; you only and him, my white-haired friend. It shall be
about your beautiful Paree. And oh, how wonderful it shall be! It has
all come to me as you told your story. It is wonderful! Marvelous! I
have only to write it. And I shall write it with an electric pen that
spits fire. You shall see!

“Only grant me this!” In his excitement he waved his hands wildly.
Petite Jeanne could have loved him for that; for is it not thus they do
in her beloved France? “Grant me this!” he pleaded. “Come to my studio
to-night. When your lucky day is over. Then the night shall be more
fortunate than the day.

“See!” he exclaimed as he read doubt in her eyes. “It is all right. My
white-haired friend will be there. And if you wish—”

“All right,” said the girl impulsively, “I will come. I will bring my
friend.”

“Yes, yes,” he agreed eagerly. “Bring your friends. Bring many friends.
We shall have a party by the open fire. We shall have tea and biscuits
and preserves from my native land.”

“No,” said the little French girl, as a teasing smile played about her
lips. “I will bring one friend, only one. And she is big as a policeman,
and so strong! Mon Dieu! She is a physical director. She can swim a
mile, and skate like a man. And, oh, la, la! You shall see her.”

At that she went dancing away.

“She was teasing you,” said the old man.

“Yes. She is all that. And you will write a play for us?”

“And where shall we open? In Peoria?”

“But I have never played in a great city. I am a—”

“In this life,” the youth broke in, “it is not what you have been that
counts. It is what you are going to be.

“In three months you will see your name beside that other one, Petite
Jeanne, and men will fight at the box office for tickets. You shall
see!”

The old man said no more. But as they walked away, he squared his bent
shoulders and took on for a time quite a military air.

At eleven o’clock that morning Jeanne found herself seated beside the
blue-eyed, laughing Merry in the front row of chairs of a big, bare
salesroom. Before them was a long, high platform. Back of the platform,
piled to the ceiling, was an odd assortment of boxes, bales, bags,
trunks and bundles, the week’s accumulation of articles lost or rejected
in the offices of a great express company.

The place was half filled when they arrived. All the front seats were
taken save two. From these, hats mysteriously disappeared as Merry
approached. She nodded Jeanne to one chair and chose another for
herself.

“Those men saved seats for us,” Jeanne whispered in surprise. “Do ladies
always get front seats?”

“Never!” Merry shook her head vigorously. “Ladies are no good. They bid
too high. After that they make a fuss because they’ve robbed
themselves.”

“I’m no lady! Me?” The Irish girl drew herself up proudly. “I’m a buyer.
They all know me, these men.

“Look, Weston!” She had turned to the man at her left. “This is Petite
Jeanne. She’s going to buy, just one lot. You’ll lay off, won’t you?”

“Does she belong to the union?” The ruddy-faced German grinned.

“Sure,” Merry laughed back.

“Certainly.” The one who spoke seemed as much out of place there as did
Petite Jeanne. He was young and, in a way, handsome. His features were
regular, his forehead high. But about his eyes was a look of
dissatisfaction.

“His life is a story, an interesting story,” Jeanne told herself. “I’d
love to read it.” To this little French girl the world was a stage
indeed, and all men actors. She was to learn more of the ways of those
who haunt auction sales ere the day was done.

Had some great artist come upon that scene, he would surely have hidden
himself away behind boxes and bundles, to peer through some narrow crack
and prepare a hasty sketch which must in time be developed into an
immortal work of art. There they were, Jeanne and Merry, like two beings
from another world; two glowing spots of color, one orange, one bright
purple, against a dull tide of brown, gray and black. The scene about
them was grim and sordid. It spoke of the cluttered stalls of Maxwell
Street where the poor of the city quarrel over the rags that must serve
them in lieu of garments, and of grim, stark tenements where men
struggle in vain for warmth and bread.

There were deep lines in the faces of those who ranged themselves, tier
on tier, behind the girls, waiting patiently for the show, which was a
weekly auction, to begin. And yet there was to be seen in many a pair of
eyes a glint of pleasurable anticipation.

“Look at them,” Merry whispered, allowing her glance to sweep the
growing throng. “They are gamblers; gamblers all.”

“They are. You shall see. And this is a gambling institution. The
auctioneer will tell them they are gambling. Perhaps you will hear him
say it. ‘It’s not what you can make, but what you stand to lose.’ He
says that. And yet they bid.

“You will hear them very soon, bidding six dollars, seven, eight for
three packages. What’s in the packages? They are wrapped tight. Not one
of them can know. They bet their money that the packages will increase
their meager pile of money.”

“But then, too, you may pay real money for a worthless bundle of rags or
a handful of broken dishes.

“So you see,” she added with a sigh, “it’s the call of the gambler that
brings them here.”

“Very seldom. I buy only what I can see. To-day there are lamps, good
ones, and not badly broken. I shall buy them. I can see two new
traveling bags. If they are empty they will sell for very little.

“But if they are full—” She threw back her shoulders and smiled. “Then
you shall see how they will bid. For in their dreams they see in those
bags, lost in the express by other people, a fortune in watches,
diamonds and silks.

“And what will they find? A few moth eaten garments, some old letters, a
book or two, and some worthless trinkets. Did you ever pack your
treasures in a traveling bag? Never. 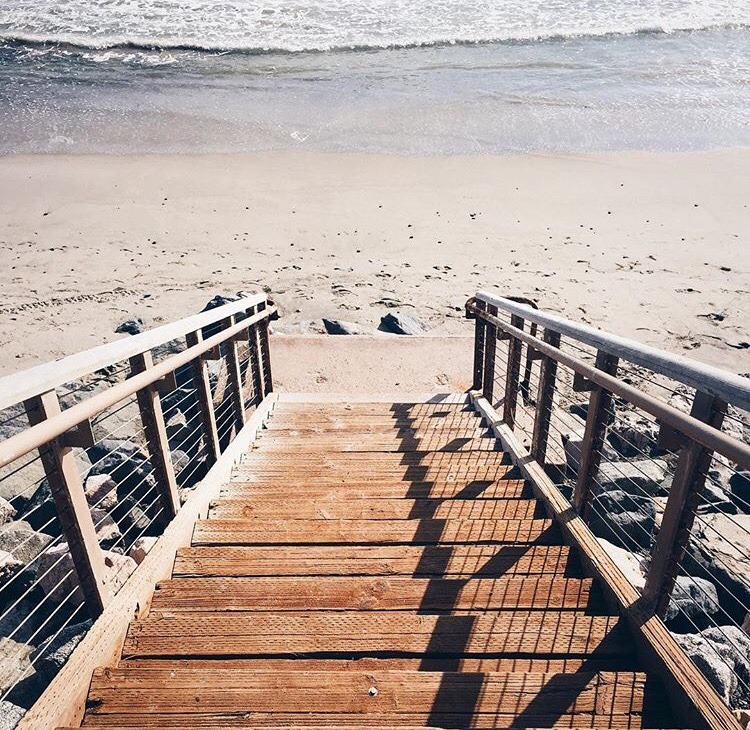 “But when men are poor—” She sighed again. “They will gamble, for they
have little to lose and always dream of gaining much. And after all,
what is life without dreams?”

“Dreams! Ah, yes!” Jeanne answered. “And shall we not gamble a wee bit
to-day?”

“Just a wee bit.” Merry squeezed her hand. “One small package for you
and one for me.”

“Yes, yes, let’s do!” the little French girl whispered eagerly, “For
this is my luckee day.”