The sun was still sleeping peacefully beneath the lake when she arrived
at the grove of broad, spreading willows. Off to the east huge clouds
like ghosts in dark robes were rushing over the water.

“Never you mind,” laughed Petite Jeanne, “I know you. You are only a
great big bluff. When Mister Sun comes out he will dress you in pink and
gold. After that he will fade you to palest pale and send you scampering
away to cast thin shadows over meadows and pastures where lambs are
feeding on clover.”

As if the thought of gamboling lambs set her limbs in motion, the little
French girl went springing away in a sprightly dance.

For a full quarter of an hour she lost herself in the intoxicating joy
of action. Now she raced away before a breeze. Now she whirled until all
her red petticoats were wheels. Now she threw her head back and laughed
at the birds who scolded from the trees. And now, snatching the sash
from her waist, she went bowing and weaving away toward the sandy beach
where little white waves were playing.

It was while on her way back from this little journey that she sought a
lone bench beneath the greatest of the willows for a moment of rest.

It was that time of half-light just before dawn. Already the fearsome
clouds were beginning to lose their terror. They had taken on a faint
touch of old rose.

Jeanne dropped down upon the bench, as she had done many times before,
without looking. The next instant she gave forth a startled little “Oh!”

A man was seated beside her. Quite an old man he was, with long gray
hair protruding from an ancient slouch hat.

“So you are human!” His drawl was soft, melodious. “I didn’t believe you
could be. Only fairies dance like that. I thought you a fairy.”

As if to assure himself that he could not be mistaken, he touched the
hem of her broad, short skirt.

Petite Jeanne wanted to spring up and run away. No one had ever been
here at this hour; yet something held her in her place.

There are times in all our lives when it seems that an invisible hand,
resting upon our shoulder, bids us stay.

“You—why there were times when you flew,” the melodious voice went on.
“Flew! That’s what you did.

“I flew once.” His voice took on a reminiscent air. “In an airplane, I
mean. Often thought I’d try it again. But when you have a narrow escape
once—” The voice trailed off. For a moment there was silence.

“You see,” he began once more, “a fellow asked me to go up. I said it
might rain; I’d go if I could take my umbrella.

“He looked at my umbrella, and said: ‘You can’t take that.’

“Most men hate umbrellas. Rather get wet than carry one. Guess he was
that way.

“But, by and by, when we were up a long way and the houses took to
looking small, he saw that umbrella. Then he was hopping mad.

“I said: ‘I can’t, mister. It would get lost. It belongs to my
grandfather. It’s silk. The silk came from China where little yellow
ladies wound it off silk cocoons by hand. And the bows are all steel,
forged by hand. And besides, it might hit somebody and mighty nigh kill
’em.’

“So up I climbs and out I jumps. And fall! You never saw the houses get
big as fast as those did!

“I got to thinking I might fall on somebody and was feelin’ mighty sorry
about that, when I thought of my umbrella. All silk from China it was,
where little yeller women wound it out from cocoons. And the bows all
made from hand forged steel. Strong they were, strong as London Bridge.

“And when I thought of my umbrella I knew it was all right; parachute,
don’t you know.”

Once more his voice trailed away like the last echo of a distant tolling
bell.

Petite Jeanne stole a look at his face. It was still, and almost
beautiful. “Like a child’s dream,” she thought.

“And then—” He came to himself with a start. “Then I opened up that
umbrella. Silk, you understand, all pure silk, and bows of forged steel.
Strong as London Bridge. I opened her up, and she caught me and held me
and let me down in a cabbage patch. Now what do you think of that?” His
face was all wreathed with smiles.

“What do I think?” said Petite Jeanne, with a shy smile in return for
his. The light in her eyes was kindly, and the touch on his arm gentle,
for the little French girl loved old men with long gray hair, and she
was charmed by their stories as she was charmed when she was six. “What
do I think? I think you have no umbrella at all.”

“No umbrella!” He put out a hand as if to grasp one. Then, springing to
his feet, he pretended to search the bench.

“Bless me!” he cried. “Some one has stolen it! My grandfather’s
umbrella. And such a fine umbrella, all silk from China. Little yeller
women—”

“Yes, I know. You told me,” laughed Petite Jeanne. “But see! The sun is
smiling on the water! I must dance him out for a new day.

“And this,” she sang as she danced away, “this is my luckee day!”

“And now,” said Jeanne, as she returned from dancing the sun up, “tell
me another story.”

As the old man looked at her a droll smile played over his wrinkled
face. “I don’t think you believe my stories,” he said.

“Well, then—” He placed his feet on the ground, then prodded the sod
with his cane. “Once I was in the Catskill Mountains—or was it the
Cascades? I disremember.”

“The mountains don’t matter,” the girl laughed. “I can’t ever remember
names. But mountains. There are always bears in mountains.”

The little French girl’s look suddenly went very sober. She seemed ready
to burst into tears. Little wonder, for only one short month before she
had buried her pet and pal, Tico the bear. Tico had shared her joys and
sorrows for many a year. With him as her dancing partner, she had
achieved notable success. Now he was gone. So, too, it seemed, were her
chances of ever dancing on the stage again.

Tico’s illness had cost her much money. He had been given all the care
of a gentleman of importance, and had been buried in a formal manner.
Now the little French girl was poor, and Tico was gone forever.

“Bears,” she repeated, pulling herself together, “bears in the
mountains. Wild bears. Not tame ones.”

“Yes, wild bears!” the old man said as if taking his cue. “Six ferocious
wild bears. I met them all in the Alleghenys—or was it the Rockies?”

“Yes, that’s it, the Cumberlands. Six wild, hungry, man eating bears.
They formed a circle about me and sat there on their haunches with their
tongues lolling.

“They were ready to eat me. And what did I do?”

“I danced and made faces. I can dance; not like fairies. But I can dance
and make faces. Want to see me?”

Springing from his place on the bench, the old man began to dance.

And now it was the girl’s turn to open her eyes wide in surprise. This
old man was an artist. True, he did not dance as lightly as she. But he
knew steps and movements. He had not been on his feet for five minutes
when she realized that he could teach her much about her own beloved
art.

In the joy of dancing he forgot the terrible faces he was to make.

At last, quite out of breath, he threw himself down beside her.

“You’ve been on the stage,” she said solemnly.

She put out a small hand. “I, too.” Her voice was mellow with emotion.
“I am Petite Jeanne.”

“Petite Jeanne! I should have guessed it.”

“And you?” Jeanne still held his hand.

“Plain Dan Baker. A ham actor. You never heard of me. And never will.
They won’t let me hoof it in the sticks any more.”

“I am not sure of that,” Jeanne’s face was sober. “Once to every man and
nation. Your time may come.

“But the bears?” She whirled about. “What of the six ferocious bears?”

As she turned she saw with a start that a second man, a young man with
dark skin and very black eyes, had dropped to the bench on the other
side of Dan Baker.

Did Dan Baker know this? Was he acquainted with this young man? If so,
he made no sign but went straight on with his story.

“What did I do? I began dancing and making faces. A bear’s got a sense
of humor; oh, yes, a very keen sense of humor.

“No time at all till I had ’em; had ’em good. Most appreciative audience
you ever saw.

“Then, still dancing, I began chucking them hard under their chins,
cracking their teeth on their tongues. See!

“No time at all and their tongues were so sore they couldn’t swallow. So
why try to eat me?

“That’s the way they looked at it. Soon as the show was over they left;
went right off into the mountains; all but one.

“And that one, the biggest one of all, meant to eat me, sore tongue or
no tongue at all.

“With a ferocious growl, tongue out, teeth shining, he came right at me.

“What did I do? What could I do? Just one thing. An inspiration! I
sprang at him, seized his tongue, crammed it down his throat and choked
him to death!”

“Killed him,” said a voice over his shoulder. It was the strange young
man.

“Bite me? Oh, yes, to be sure. But then, what’s a little bite between
friends?” Once more that deep, dry chuckle.

“Angelo!” he exclaimed. “This is Petite Jeanne. She dances, you know.”

“She does! I saw her. It was divine!” The youth’s eyes shone. 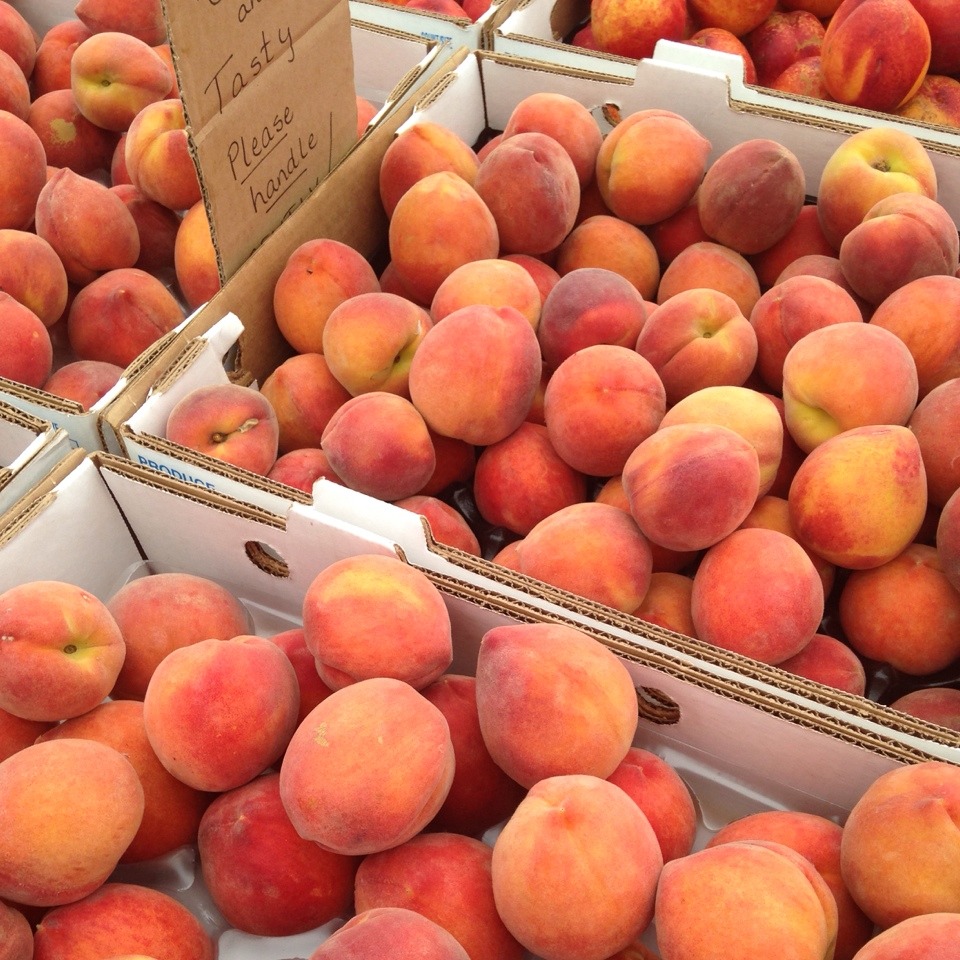 “You see,” said Dan Baker to Jeanne, “Angelo, here, tries to write
plays. I try to be a ham actor. You try to dance on the stage. They
won’t let any one of us do what we wish to do, so we should get on
famously together.”

“We are all going to be rich,” Jeanne said cheerfully. “For this is my
luckee day!”

“We shall be rich, indeed!” exclaimed the young Italian, springing to
his feet. “This very moment I have a bright idea. I shall write a play
around you two. You shall act it, and we’ll be made.

“But come! I still have the price of coffee and rolls for three. It is
time for that now. Let’s go.”