Arriving in New York, Dean was tempted to buy a handsome suit of
clothes, being fully able to spare the money. But on second thought
he contented himself with purchasing a cheap, ready-made suit at one
of the large clothing stores on the Bowery. He wanted to surprise his
uncle and aunt. Besides, he wished to see what kind of a reception his
old friends would give him if he appeared in shabby attire and apparent
poverty. He could let them know the truth later on.

The evening before his arrival in Waterford Adin Dunham had another
call from Squire Bates.

“Have you got my interest ready, neighbor Dunham?” he inquired.

“That will not answer,” said Bates in an uncompromising tone. “I need
the money at once. Some of my recent investments have paid me poorly,
and though I would like to be considerate I cannot favor you.”

“I will try to borrow the money. Perhaps Dean can let me have twenty
dollars.”

“Dean!” repeated Squire Bates with a sneer. “Do you think I can wait
till you hear from him?”

“I have heard from him,” answered the carpenter.

“You have heard from your nephew! Where is he?” Squire Bates asked in
surprise.

“Here is his letter. It came to hand this morning.”

Squire Bates took the proffered letter and read as follows:

DEAR UNCLE AND AUNT:—I have got so far on my way home from the West.
I will remain here a day or two. Perhaps I can hear of a place, as I
suppose there is nothing for me to do in Waterford. I think I shall be
with you on Saturday.

“He doesn’t appear to have made his fortune,” said the squire, handing
back the letter to the carpenter.

“He doesn’t say whether he has prospered or not.”

“If he had he wouldn’t be looking for a boy’s position in New York.”

“Very likely you’re right, Squire Bates. It’s something that he has
been able to get home to his friends.”

“Wait till you’ve seen him,” said the Squire, significantly. “He will
probably return home in rags.”

“Even if he does he will be welcome,” rejoined the carpenter warmly.
“Even if he comes home without a penny, he won’t lack for a welcome,
will he, Sarah?”

“I should think not, Adin,” said his wife in mild indignation.

“That is all very pretty and sentimental,” said the Squire. “Perhaps
you have a fatted calf to kill for the returning prodigal.”

“Dean never was a prodigal,” answered Adin Dunham. “If your friend had
treated him well he might have had some money to return with. It wasn’t
a very creditable thing to throw the poor boy upon his own resources so
far away from home.”

“We spoke on that subject yesterday, and I distinctly told you that
Mr. Kirby had a very good reason to discharge Dean. You didn’t agree
with me. I suppose it is natural to stand up for your own. However, I
will give you three days to make up the interest. That will carry us
to Monday. But I shall also require you to pay the mortgage, or else
accept my offer for the place. I will give you another week to do that.”

Squire Bates went out of the room, leaving Adin and Sarah Dunham in
some trouble of mind. There seemed to be no help for it. They must be
dispossessed of what had been their home for many years.

Just before leaving Denver, Dean, in passing through Lawrence Street,
came upon a boy, miserably clad, who held in his hand a few daily
papers which he was trying to sell. There was something in the boy’s
face that looked familiar.

“How came you here? I thought you were hunting Indians on the prairies.”

“Don’t say a word about it!” he replied. “I was a fool and I have
suffered for my folly.”

“I got out of money and have nearly starved. I have done anything I
could to make a little money. I have blacked boots, set up pins in a
bowling alley, and now I am selling papers.”

“Then you shall have the money. I start East to-morrow, and will take
you along with me.”

“Then you have prospered?” asked the wondering Guy.

“Yes, but not all the time. I have seen hard times, too. Mr. Kirby
discharged me, and I lived some time by giving concerts on the
harmonica.”

“Yes,” answered Dean, laughing. “I don’t wonder you are surprised. But
here, give away your papers to that newsboy across the street and come
to my hotel.”

“I have enough for both.”

Dean had the pleasure of restoring Guy to his family, who received him
kindly. It is safe to say that he will never again go West in quest of
Indians.

A little before noon on Saturday Dean reached Waterford, and walked
home. On the way he met Brandon Bates.

“Halloa, so you’re back!” said Brandon, eying him curiously.

“Yes, Brandon. Thank you for your warm welcome.”

“I didn’t mean to give you a warm welcome,” said Brandon, ungraciously.

“I beg your pardon; I made a mistake.”

“I suppose you came home without a cent.”

“You’re mistaken. I’ve got over a dollar in my pocket.”

“You won’t hear very good news at your uncle’s.”

“Why? Is he sick—or my aunt?” asked Dean uneasily.

“No, but he can’t pay the mortgage, and my father’s going to take
possession of the place.”

“I should think it was enough.”

“Oh, perhaps your father will think better of it, as I am at home now
and can help Uncle Adin pay it off.”

“What can you do?” asked Brandon, mockingly.

“That’s the great question. However, I’m in a hurry to get home, and
must leave you. You are kind to be so much interested in me, Brandon.”

“I’m not interested in you at all,” returned Brandon, tartly.

Dean laughed and passed on.

“That boy’s as impudent as ever,” soliloquized Brandon. “He’ll feel
differently on Monday.”

In the joy of seeing Dean again his uncle and aunt lost sight for a
time of their troubles, but after a while Adin Dunham said gravely,
“It’s well you came home as you did, Dean, for the old home is about to
pass from me.”

“Squire Bates is going to foreclose the mortgage. He offers to buy the
place and give me eight hundred dollars over and above what I owe him.”

“Of course you declined?”

“It will do no good. I must yield to necessity.”

“Squire Bates shall never have the place,” said Dean, resolutely.

“Who will prevent it?”

“But, Dean, what power have you? The squire is firmly resolved.”

“Uncle Adin, ask me no questions, but rest easy in the thought that you
won’t lose your home. Leave the matter in my hands. That is all you
need to do.”

“Sarah, what does the boy mean?”

“He means something, Adin. We may as well leave it in his hands as he
asks.”

“That remains to be seen, uncle.”

Dean went to church on Sunday, and received a warm welcome from nearly
all the congregation, for he was popular with those of all ages. He
wore a smiling, untroubled look which puzzled Squire Bates and Brandon.

“Does he know that I am going to foreclose the mortgage?” asked the
squire of Brandon.

“It seems strange that he should be so cheerful.”

When Squire Bates called at the carpenter’s modest home Dean opened
the door, and invited him into the sitting-room, where the two found
themselves alone.

“I want to see your uncle,” said the squire.

“If it’s about the mortgage, I will attend to that matter.”

“Yes, I feel competent to settle the matter.”

“There is only one way of settling it, by paying the money.”

“As soon as you restore to my uncle, with interest, the thousand
dollars you stole from him nearly a year since.”

“What do you mean by this insolence?” demanded Squire Bates, springing
to his feet and glaring at Dean.

“I mean,” answered Dean, slowly, “that I have the sworn testimony of
Peter Kirby, given me at Denver, implicating you in that robbery.”

“Show it to me,” said the squire, turning livid.

“Here is a copy. The original is in the hands of a New York lawyer.”

Squire Bates took the paper in his trembling fingers, and read it
deliberately.

“This is a lie!” he exclaimed hoarsely.

“The matter can come before the courts if you wish it. My uncle
recognized you at the time of the robbery, but no one would believe his
testimony. Fortunately, it will be substantiated now.”

“But this is the most utter absurdity. Does anybody believe that a man
of my reputation would be implicated in a highway robbery?”

“They will find it equally hard to believe that you are the captain
of a band of robbers with headquarters in Colorado. I have been in the
cave where your booty is congealed, and know what I am talking about.”

After fifteen minutes more the squire capitulated, only making it a
condition that Dean would keep secret the serious discoveries which he
had made.

“I will do so, unless I am summoned to testify in court,” said Dean.

“Leave me to explain matters to your uncle,” said the squire.

Dean called the carpenter into the room.

“Mr. Dunham,” said Squire Bates with his old suavity, “I have arranged
matters satisfactorily with your nephew. He has recovered the large
sum of which you were robbed a year ago, and paid the mortgage, or is
prepared to do so. Dean, if you will accompany me to my office we will
arrange this affair.”

“But, who stole the money?” asked Adin Dunham, bewildered.

Dean received the mortgage back canceled, and something over two
hundred dollars besides, which he placed in his uncle’s hands. Adin
Dunham looked ten years younger, and his face was radiant. His joy was
increased when Dean told him how he had prospered out West, and gave
his aunt five hundred dollars, reserving for himself the remainder of
the thousand which he had brought home.

Two months later Dean returned to Denver to find that his lots had
considerably increased in value. Gradually he sold them off for twice
what he paid, and entered business in the Queen City of Colorado.

Squire Bates soon removed from Waterford, and the villagers have heard
nothing of him since. But Dean could tell them that his connection with
the band of robbers was discovered, and that he is upon conviction
serving a protracted term in a Western prison. What has become of
Brandon or his mother is not known to the general public, but it is
less than a year since Dean, while leaving the Denver post-office, was
accosted by a shabbily dressed young man who asked for assistance.

“Are you not Brandon Bates?” asked Dean after a brief glance.

Brandon was about to hurry away, but Dean detained him. “Don’t go,” he
said. “I am glad to help you,” and he placed two gold eagles in the
hands of the astonished Brandon.

“Come to me again if you are in need,” said Dean in a friendly manner. 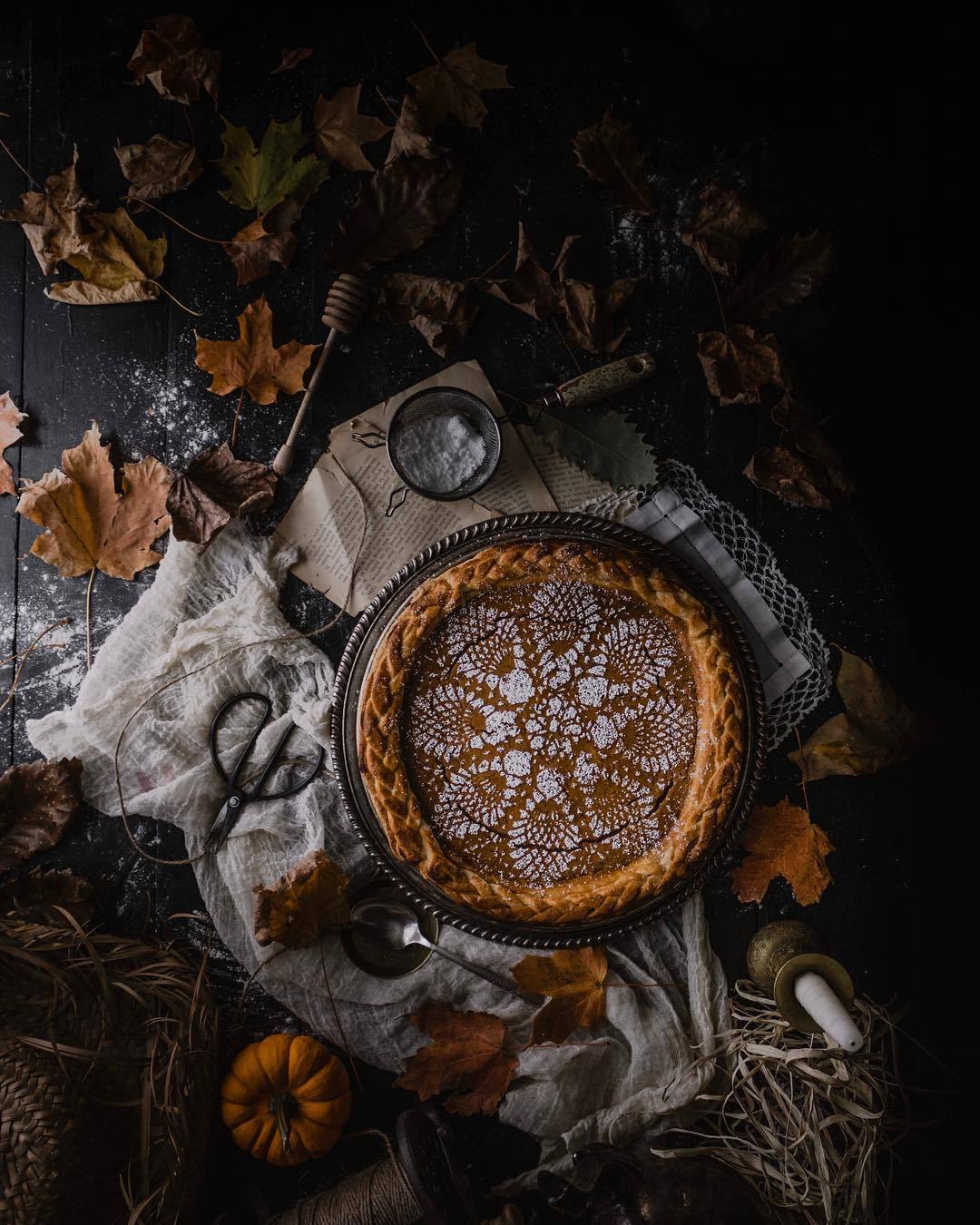 “Thank you! I didn’t expect this from you,” said Brandon. “I thought
you would triumph over me.”

“If I did I should show myself unworthy of the good fortune that has
come to me. I wish you good luck.”

That was the last Dean has seen of Brandon. Let us hope that he will
deserve good luck, and attain it.

Adin Dunham still lives, happy in the companionship of his good wife,
and the prosperity of his nephew. But there is one thing that puzzles
him. He has never been able to solve THE WATERFORD MYSTERY.