As Petite Jeanne prepared to leave her room on the following evening for
her third secret visit to the old Blackmoore, where she hoped once more
to dance in Jimmie’s golden circle of light, she experienced a strange
sensation. Events had been crowding in upon her. There was the strange
gypsy, the fluttering of wings, the battle of Maxwell Street, the lost
traveling bags. All these had, beyond doubt, exercised a powerful
influence upon her. Be that as it may, she felt at that moment as if she
were within a great funnel filled with sand. The sand was slipping,
sliding, gliding downward toward a vortex and she, battling as she
might, was slipping with it. And toward what an uncertain end!

As she closed her eyes, however, she realized that this vision belonged
to the remote past—her very earliest childhood. In those days, she
faintly recalled, there had been in a room of some house where she
lived, an hour glass. This hour glass was composed of two glass funnels
whose very narrow tips were made to meet. One of these funnels had been
filled with fine sand. Then the broad ends of each had been sealed.

When this hour glass was set down with the empty funnel at the bottom,
the sand trickled slowly down from the upper one.

“I seem to be inside the full glass,” she told herself. “The sands of
time are sinking and I am sinking with them. Struggle as I may, I sink,
sink, sink!

“But perhaps,” she said with a little shudder, “the giant hand of Fate,
passing by, will seize the glass and turn it end for end. Then the sand
will begin trickling down upon my head.”

The thought did not please her, so, shaking herself free from it, she
hastened down the stairs and caught a bus, and whirled away toward quite
another world.

As she closed her eyes once more for a moment’s rest, a second vision
passed before her. A fleeting but very real vision it was, too—a marble
falcon with a broken beak looking intently toward the sky. Then she
recalled Merry’s words as they had parted on the previous evening:
“Things are rather hard at times, but the falcon still looks up, so all
will be well in the end.”

In spite of her efforts at self-control, Jeanne found her knees
trembling as she entered Jimmie’s circle of light that night.

“For shame!” She stamped her dainty foot. “What is there to fear? The
sound of wings. A bat perhaps, or a pigeon.”

Even as she said the words, she knew that she was lying to herself.
There were no pigeons in the place. Pigeons leave marks. There were no
marks. Bats there could not be, for bats pass on silent wings. Then,
too, they snap their teeth.

“It is nothing,” she insisted stoutly, “and I shall dance to-night as
never before!”

Jimmy was ready, later, to testify that she carried out this promise to
herself.

“Like some divine one,” was the way he expressed it. “I tell you,” he
fairly stammered in his enthusiasm, “you could see her floating about
like a ghost on that dark old stage!”

Once her feet began their tapping, Jeanne thought only of the Fire God
and her art. Gone were thoughts of rushing wings and crashing glass, of
darkness and the terror that lurks in the night.

Gone, too, was the shabby old playhouse with its dingy drapes and
tarnished gilt. She seemed not there at all. In spirit she found herself
beside a roadway at the edge of a pleasant village in France. It was
springtime. The scent of apple blossoms was in the air. The dwarf pear
trees that grew so close against the wall, were green with new leaves.
The gypsies were about her, they and the country folk. Bihari was sawing
at his violin. Jaquis was strumming a guitar and she was dancing
bare-foot on the soft grass of spring, while the eyes of the Fire God
gleamed softly upon her. It was all so like a dream that she wished it
might last forever.

Slowly there drifted into that dream a sound. At first she thought it
was only a part of the dream, the clap of night hawks’ wings as they
circled in the moonlight.

“But no!” Her face went white. “It is the wings, the fluttering of
wings!” She almost cried aloud.

At the same instant she became conscious of some presence among the
shadows that circled her on every side.

Panic seized her. She wanted to run away; yet she dared not. Close about
her was Jimmie’s friendly circle of light. Beyond that was what? She
dared not stir from that circle.

Suddenly her dancing ceased. Standing there alone in that sea of
darkness, she stretched slim arms high, and cried:

Jimmie read real terror in her eyes, and in his honest devotion would
have risked anything to save her from the unknown terror that lurked in
the dark.

But he was helpless for in an instant the place went black. He had not
touched a switch, yet his light had blinked out. His head whirled. His
trembling hand found a switch, threw it on. Still no light. Another and
yet another.

“The house is dark! The wires are cut!” he told himself frantically.

Feeling his way along the aisle, he began stumbling down a stairway when
to his startled ears there came a long drawn, piercing scream.

After that followed silence, silence such as only an empty playhouse
holds in the dark night.

For a full minute he saw nothing, heard nothing. Then came a sound.
Faint, yet very distinct it came, and appeared to cross the hall from
end to end.

“Wings,” he murmured. “Just what she said. The flutter of wings!”

Jimmie went at once for the watchman. He was some time in finding him.
At last he stumbled upon him in the front corridor.

“Who knows?” Jimmie spread his arms excitedly. “Who can tell? She’s been
carried off, I tell you! Devil’s got her, like as not. Never did like
that Fire God thing; gypsies and devils, witches and all that.”

“Don’t lose your head, son!” The watchman laid a hand gently on his
shoulder. “She’s about the place somewhere. We’ll find her.” He gave a
hitch to the big gun he always carried under his left arm and led the
way.

Petite Jeanne was not “about the place somewhere.” At least, if she was
she was securely hidden. They did not find her.

“She’s gone!” he said over the telephone. “Vanished, and the Fire God
thing has gone with her. She screamed once after the light blinked out.
Some one threw the master-switch. She’s gone I tell you!”

Angelo called Florence. Half an hour had not passed before they were at
the theatre. The police had also been notified. Three plain clothes men
were there.

Between them they only succeeded in discovering that a side door was
open and that Jeanne was, beyond a shadow of a doubt, gone.

When all hope of discovering the little French girl’s whereabouts
deserted them, they left the place to the police, to spend a miserable
hour before the fire in the studio. Without Jeanne, the place was dead.
Without Jeanne—no one said it, but everyone thought it—the light opera,
which had cost so much labor, and upon which so much happiness and
success depended, was a thing of the past. Jeanne’s part was written for
her. Not another person in all the world of stage people could play it.

“Do you really think so?” Florence looked the picture of despair.

“Ransom!” The girl laughed. It was not a happy laugh. “Who’d pay it, you
or I?” She went through the gesture of emptying her pockets.

“They’d hope the manager might. There’s been a lot of things done to
stage people these last years. Blackmail. Graft. No end.”

“There’s the gypsies,” said Swen. “Where’d she get that God of Fire?”

Florence told him the story of the Fire God. “There’s something in
that,” said Swen. “They’re a queer lot, these Romanies. I’ve been
studying them in their flats over by the big settlement house. Picked up
some fantastic bit of music for the play. Got their own laws, they have.
Don’t care a rap for our laws. If they wanted Jeanne and her god, they’d
take her. That’s their way.”

In the meantime the hour was growing late. The manager and director must
be faced in the morning. An important rehearsal had been set for nine A.
M. Angelo could shut his eyes and picture the director’s rage when
Jeanne failed to show up.

“Yes,” Dan Baker understood, “he will. What is worse, he’ll have to know
how and why. We can’t tell him why. But when we tell him how it all came
about and just what she was doing at the time, then may the good Father
be kind to us all!”

“We’ll face it all better if we have a little sleep.” Florence moved
toward the door. The party broke up. A very sad party it had been.

As Florence rode home she closed her eyes and allowed the events of the
past weeks to drift through her mind. These had been happy, but anxious
weeks. To her, as to millions of others during this time of great
financial depression, when millions were out of work and hunger stalked
around the corner, there had come the feeling that something great,
powerful and altogether terrible was pressing in upon her from every
side.

The loss of her position had depressed her. Still, hope had returned
when she secured part-time work at night.

Most of all she had been concerned with the success of the little French
girl. Having induced her to come to America, Florence felt a weight of
responsibility for her. Her continued success and happiness rested
heavily upon Florence’s shoulders.

“And now—” She sighed unhappily.

But after all, what could have happened? She thought of the dark-faced
gypsy Jeanne had spoken of; thought, too, of the Fire God that had
fallen from some planet, been forged beneath the palms in some tropical
jungle, or in one way or another had found its way into the wayside
camps and the superstitious hearts of the gypsies.

“There might be many who would risk life itself to come into possession
of it,” she told herself. 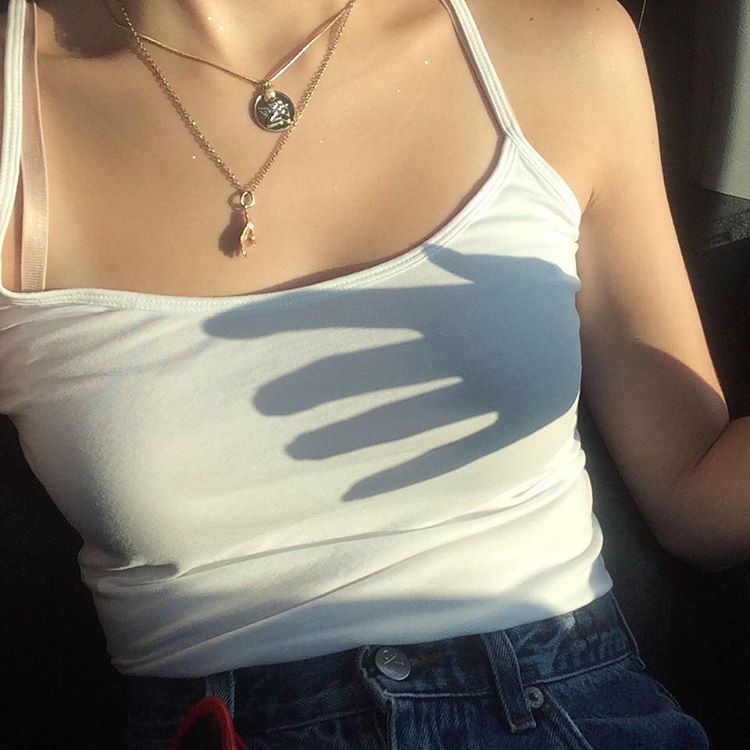 She thought of the curious phenomena that twice had frightened the
little French girl.

“Wings,” she whispered. “Wings! The flutter of wings!”

The conductor called her station. Startled out of the past by the needs
of the immediate present, she dashed off the street car, only to find
herself thinking of the future.

“To-morrow,” she murmured, “what of to-morrow?”

How many millions had asked that same question during these trying
times! And how varied were the answers!