Darkness had fallen when Florence stepped from the theatre, just one
week later. Rehearsal had started at five on that afternoon. Two members
of the cast had found it impossible to be there at an earlier hour. Once
into the swing of the thing, they had worked on and on quite unconscious
of the fleeing hours.

She shuddered a little as she closed the door behind her. In her right
hand was her leather Boston bag. As upon other occasions, a short chain,
running through two rings at the top of the bag, held it tight shut. The
ends of the chain were united by a stout little padlock.

Strong custodian of his Highness, the God of Fire, she peered through
the darkness, looking north and south for a cab. Her brow wrinkled. On
entering the building that night she had spied two dark-faced men
loitering outside.

“And it’s important,” she told herself, setting her lips tight. “Very,
very important.”

She was thinking of the strange God of Fire. Many times his story had
been told that week. On the dramatic pages of daily papers and even in
one magazine his ugly face had appeared. And always beside him, as if
for contrast, was the lovely face and figure of the “sweetest dancer of
all time,” Petite Jeanne.

“Day after to-morrow is the night of nights.” She caught her breath. How
much it meant to them all; to Angelo, to Swen, to Dan Baker, to Petite
Jeanne and to all the rest.

This night they had held dress rehearsal. And it had been such a
glorious affair! She had not dreamed that such a multitude of lovely
scenes and heavenly melodies could be packed into two short hours.
Everyone, from Solomon, the manager, to the least and youngest of the
chorus, was jubilant. They were made! In a lean year they would score a
triumph. The thing would run for months. They would ride in taxis and
find flowers in their dressing rooms each night.

“But I must not dream.” Shaking herself free from these thoughts,
Florence tucked a small package securely under her arm. Then picking up
the bag she stepped out.

She must find a cab for the little French girl. Still warm from exercise
and excitement, Jeanne must not be exposed to the night’s damp chill.

No cab was in sight. “Must go round the corner and call one.”

She was about to do so when, with the suddenness of thought, a terrible
thing happened. Springing from the shadows of a great pillar, two short,
dark men dashed at her. Ten seconds of mad tussle in which her dress was
torn, her arm wrenched, and her cheeks bruised, and they were away—with
the leather bag!

The thing Florence did next was little short of amazing. She did not
cry: “Stop thief!” did not call out at all. Instead, she ran after the
fleeing men. But when they arrived at the end of the building, turned
and darted into the darkness beside a bridge, she followed no longer;
but, taking a tighter grip on the paper-wrapped package under her arm,
she redoubled her speed and raced straight on. This soon brought her
into the shadow of a block-long shed which housed derelict automobiles
and river boats.

Arrived at the end of this shed, she turned, abruptly to the left and
lost herself in a labyrinth of railway tracks and freight cars.

Here, beside a car marked BANANAS, she paused for breath. Strangely
enough, at this moment she laughed a low, musical laugh.

She tarried there for only a moment. Then, like a startled deer, she
sprang to attention. Heavy footsteps sounded in the night.

With a hasty glance this way and that, she crept from her hiding place
and darted from shelter to shelter until she caught the dark gleam of
the river.

Beyond the last car was a steep incline built of ashes and street
rubbish. At the river’s brink this broke off abruptly. She knew its
purpose. Men backed dump trucks up this incline to spill their contents
of rubbish into a scow waiting at the bank of the river.

Darting into the shadow of this crude embankment, she crouched, waiting,
straining her ears for the sound of her pursuers.

For a moment she allowed her eyes to stray to the river. “There,” she
assured herself, “is the last scow towed in for loading.

“Not been used for months,” she thought. “No smell of freshly dumped
rubbish here.”

Hardly had she arrived at this conclusion than a new crisis presented
itself. Two dark shadows had darted from one box car to another.

“They’ll be here in another moment. Find me. I can’t escape. But then,
I—”

She thought of the scow. It was deep. She could only guess how deep. It
was as dark as a well.

As she clung there, wondering whether or not to release her hold, the
paper-wrapped package slipped from beneath her arm and dropped with a
splash.

But what of Petite Jeanne? Had she, arriving at the door, missed her
companion and gone back into the building? Or, over-anxious for
Florence’s safety, had she, too, gone into the street and been trapped?
She had done neither. Yet adventure of quite another sort had come
leaping at her.

Fascinated, as always, by the thought of that great opera stage at the
end of the hall, and feeling that she had a few moments to spare, she
had gone tiptoeing down the hall. She had found the door open and was
preparing to look in upon the stage when a sidewise and backward glance
gave her a severe shock. Standing not three paces behind her was a man.
With arms stretched, he was approaching silently as one does who hopes
to catch some creature off guard.

Striving in vain to still the beating of her heart, for she had
recognized in this man the enemy she had made during the “battle of
Maxwell Street,” Jeanne took one step out upon the opera stage. Then,
realizing at a glance what was going on there, she played a bold hand.
Turning half about, she hissed: “Dare to come one step nearer and I
shall scream. Do you hear? The opera is in progress. The company is on
the stage. I shall scream. And then—”

She did not finish. There was no need.

A performance of Grand Opera was truly in progress at that very instant.
Through a thin wall of trees and shrubs painted on canvas, came a
peculiar light, a transparent blue that suggested birds, flowers and
springtime.

Even as the girl’s lips closed there came a burst of song from the front
of the stage where, hidden by the partition, there were many singers.

Licking his lips like a tiger prepared to spring the man crouched, then
moved a step forward.

The sound of her voice was drowned by the chorus on the stage.

A scream would not be drowned. The man knew that well enough. But did
she dare scream? This was the question at the back of the man’s shrewd
but narrow mind.

She had said she would scream. To do this would be to invite a panic. A
girl’s scream coming from back-stage during a dramatic moment of a Grand
Opera performance could mean something little short of murder.

And yet the man, standing there irresolute, read in her eyes the answer:
she _would_ scream.

She looked down for an instant. When she lifted her eyes, he was gone.
And the Grand Opera performance went on.

But now what? She dared not retrace her steps. The man would be lurking
there.

Dashing across the back of the stage, she seized the handle of a door.
It came open noiselessly. She passed through and closed it after her.

But where was she? In a mere cubby-hole of a place. A closet? No. An
elevator, a French lift, the sort you operate yourself. You punch a
button here and you go up; you press another button there and you stop.

She pressed a button. Up she glided. There were floors above, many, many
floors. She would come to a halt at some floor, leave the elevator, and
go speeding away.

She had glided up how many floors? She could not tell. Then she became
frightened.

She touched a second button and stopped the steel cage with a suddenness
that caused her teeth to snap.

She tried to open the door. It would not budge. She pressed the button
and went gliding upward once more. A light gleamed before her. Once more
she stopped.

This time she could open the door. She stepped from the lift, not into a
room, not a hallway, but out upon an iron grating. And this grating,
fifteen stories up, lay directly above the opera stage.

At first frightened, then fascinated, she threw herself flat upon the
grating to watch with eager eyes the doings of the dwarf-like figures
far below.

To this girl, born to the stage as a canary is born to the cedar and the
humming bird to his flowering bush, the scene spelled irresistible
enchantment.

To make the affair more compelling she recognized the star of the
evening almost at once.

The scene beneath her was one of entrancing beauty: a flower garden and
a village green in her native land. And dancing upon that green, arrayed
in the most colorful of costumes, were the peasants of that village.

From time to time certain members of the group left their companions and
danced away toward a back-stage corner, where they stood laughing and
seeming to beckon to some one hidden from the view of Jeanne as well as
the audience.

At last the long awaited one appeared. And then, oh, joy of joys! 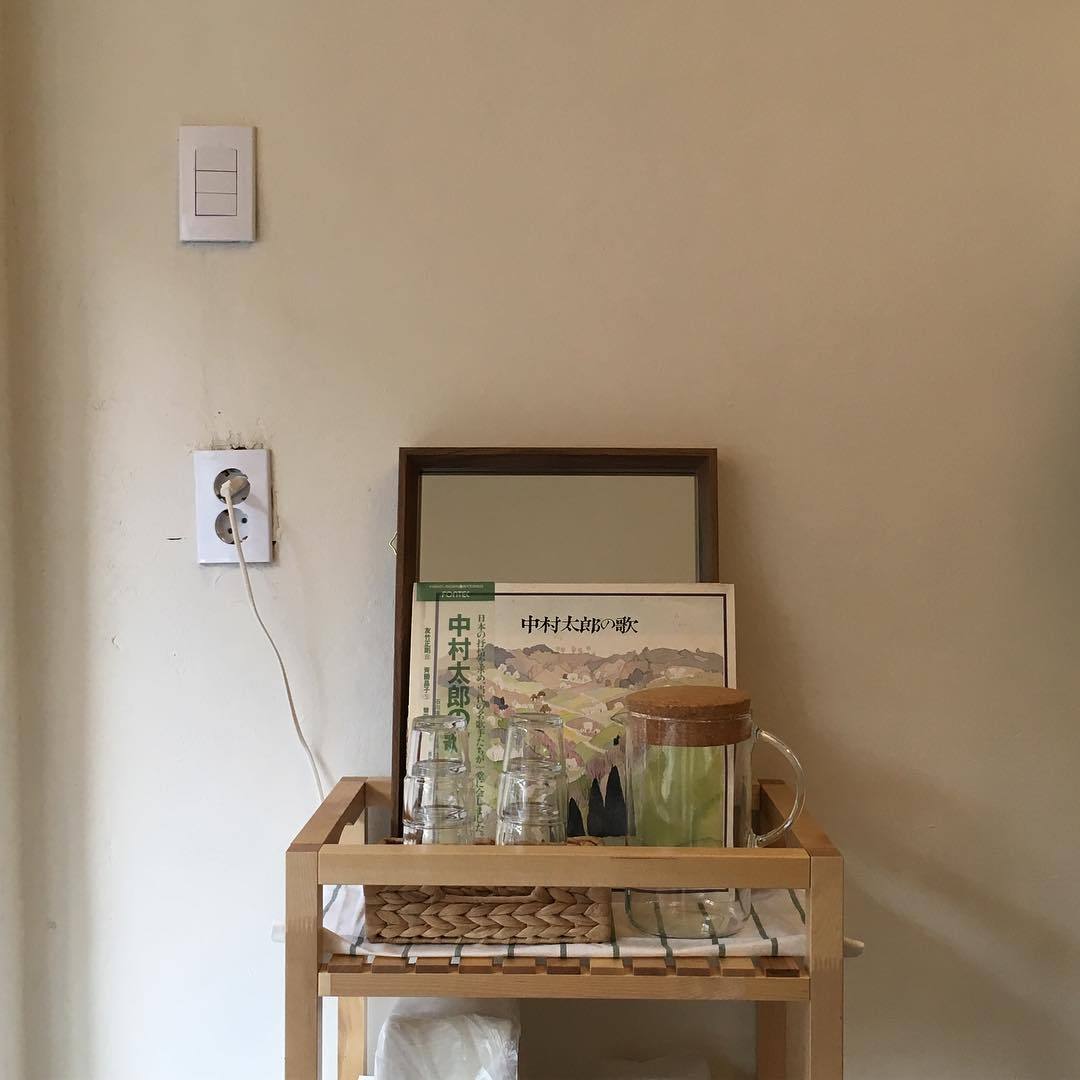 “Marjory Bryce! My Marjory!” The little French girl was choked with
emotion as these words escaped her. Fortunately they were too faint to
be heard below.

That settled the matter. All other desires, all duties, all hopes and
dreams were lost in one great desire. She must see the star of all time,
her Marjory, perform, not in some dimly distant time, but right here in
the golden now.

So, little dreaming what this resolve might mean, she pressed her cheeks
against two iron bars and awaited the next move in this singing drama
which she but dimly understood.

“Anyway,” she whispered softly, “I’ve got a top-stage seat. Who could
ask for more?”