Two years passed and brought with them their changes, sudden and
gradual. A few months after Matthew Lanyon’s death, old Ebenezer Usher
died of an apoplectic fit. Ruin was staring him in the face. Of all the
moneys he had extorted only a few hundreds remained. Peter Vavasour &
Co. and others of their bucket-shop confraternity had sucked him dry as
he had sucked Matthew. Indignation at the wickedness of mankind killed
him and he went to his own place. His effects were sold, and the
considerable sum that was realised–for his collections of china,
postage stamps, and book plates were remarkably fine–was handed over
by Roderick, still zealous to atone, to Sylvester, who paid it into the
funds of the Prisoners’ Aid Society. And this was the end of Ebenezer
Usher. The grass grows over the grave wherein he lies, some twenty yards
away from his enemy.

No tombstone marks, or ever will mark, the spot. “He is not the kind of
man whose memory one cares to perpetuate,” said his son.

Miss Lanyon lived at Woodlands, where sometimes Ella and sometimes
Dorothy stayed with her; and now and then for change of scene went
Sylvester. He could not realise the old man’s dream, and live there,
devoting himself to research, but it comforted him to know that the
house had not passed into alien hands. His own home in Weymouth Street
was gladdened by a child’s presence, and the spirit of its desolation
departed. Instinctively he felt that it was too gloomy for a child,
and with the pathetic helplessness of an inartistic man who had never
concerned himself about such things, he took her with him to choose new
wall papers, curtains, and rugs. Perhaps the result was incongruous, but
at any rate it was bright, and pleased the choosers mightily.

The effect of the great revolution in Sylvester’s attitude to life
gradually grew more apparent. The intense humanity of his profession won
to his heart now that the barriers of ice were melted. The intellectual
problem which it had been his duty to solve became the hurt to a
suffering creature which it was his privilege to heal. A new tenderness
softened his nature. The gift of speech came to him as by the miracle of
the gift of tongues. To his great wonder, the society of ordinary kindly
men and women, from which in a general way he had shrunk all his life
through shyness and reserve, and which in positive misanthropy he had
afterwards shunned, gradually appeared to him a sweet and pleasant
thing, until he recognised it as a necessity in his existence. And
old feelings, sweeter, sadder, infinitely deeper than of old, were
reawakened.

How it came about he knew not. When he had parted from Ella after his
father’s funeral, he did not love her. He had realised the irrevocable
loss of a happiness that might have been, and that was all. Then on her
return from the south of France late in the spring he had seen her and
spoken with her, and she had been kind. A month afterwards he had seen
her again, and once more six months after that,–for they rarely met.
And then he knew that she was the one woman in the world for him, and
that the love for which he had kissed her years ago was as moonlight
unto the sunlight of his present love.

Once more they had met, and he told her.

“How can I love you when you have done so much to hurt me?” she said.

“You do,” she replied with a smile of wisdom. “Don’t deceive yourself,
Syl.”

“Don’t speak like that,” she said with a shiver. “It is horrible to make
a woman love. There is no woman made to love that does not repent it in
shame and misery.”

“But you once did love me.”

“You have hurt me. Life has hurt me,” she said gently. “I don’t mean
to say that it was not partly my own fault, nor do I want to pose as an
injured woman. But the fact remains, Syl, dear; and you must let time do
what it can in the way of healing. If you care for me, see me a little
oftener than you have done,–it will be good for both of us,–but don’t
speak of this again.”

“Am I to go through a term of probation?” he asked.

There the matter remained. They met more frequently, became fast
friends, and Sylvester waited. And so the two years slipped by.

It was a hot August day, and Lady Milmo sat in the verandah of the
little hotel at Vitznau at the foot of the Righi, with a novel open on
her lap. Her eyes were fixed idly upon a little speck of a boat on the
lake by whose sides rose rhythmically tiny silver flashes.

“Why don’t you come _unexpectedly_ upon us here?” she had written
to Sylvester, of whose arrival in Zermatt a chance-met wandering
acquaintance had told her. “You will find the Righi _much_ more
satisfactory than that silly Jungfrau. And you will find two people
quite disposed to be very kind to you.”

So Sylvester had left his ice-axes and ropes and mountaineering boots at
Zermatt, and had flown on the wings of hope to Vitznau, and there he was
with Ella in the little boat on the lake.

Soon an approaching steamboat from Lucerne hid the tiny speck from Lady
Milmo’s view,-and gradually drew near. The inmates of the hotel came on
to the verandah to watch the landing of the passengers, the morning’s
excitement. The gangway was thrust forward from the little jetty,
and the crowd streamed ashore,–fresh English girls in straw hats,
substantial fathers, anxious, lonely ladies with profusion of
hand-baggage, Germans girt with satchel and vasculum, pacing
sultanesquely in front of their womenkind, English parsons, happy and
perspiring,–all amidst a sort of tangled undergrowth of umbrellas,
and straps, and sticks, and alpenstocks purchased in Lucerne with the
burnt-in names of inaccessible peaks circling round them. Some proceeded
at once to the tiny railway station where the grotesquely slanting train
awaited them. Others poured on to the verandah and took possession of
the hotel. The gong for _dejeuner_ sounded. Lady Milmo looked anxiously
at her speck, which had become visible again, and then at her watch. The
occupants of the boat gave no sign of returning shorewards. They would
be late for _table d’hôte_. Lady Milmo waved her pocket-handkerchief
until she was the last person on the verandah, and then she went into
the _salle-a-manger_ alone, feeling somewhat injured.

Meanwhile, the two in the boat had been rowing idly over the lake.
Ella lay back on the cushions of the stern with half-closed eyes, while
Sylvester sculled lazily. She had been very glad to see him when
he arrived the evening before, and her heart had given him a little
unbidden throb of welcome. His altered attitude towards her, as well
as dim gleams of revelation of some fundamental change within him,
had caused her to forget, or at least look back unresentfully upon old
wrongs. At times an inflection of the voice, a sudden gentleness of
manner, brought his father vividly back to her. It seemed as if, by some
strange metempsychosis, the old man’s spirit had entered into the son,
and was gradually unfolding. He was still the worthiest man she knew.
She lived her old life amid the jargon of culture in her aunt’s house,
and it wearied her, and she longed for something nobler. In Sylvester
she found at least reality. She beheld him a sane, sincere, strong man,
around whose life was gathered an indeterminate pathos.

The sun shone bright from a deep blue sky flecked here and there with
an infinitely distant wisp of cirrus. The tiny promontories jutted
out their green into the lake. Far away rose the glittering white
snow-peaks, and close at hand the mass of the Righi with white specks of
habitations nestling in its sides. The water plashed pleasantly against
the side of the boat. Ella murmured of the loveliness around.

“The day seems to have got into my heart,” she said. “If you looked into
it, you would see everything as in a camera. I wish it would last.”

“Why shouldn’t it?” asked Sylvester, leaning on his sculls.

“We are going away to-morrow.”

“There is a way in which I at least could keep this in my heart for
ever,” said he.

“I would that could be a way for me too,” she murmured.

She looked round upon the tremulous beauty of sky and lake and mountain
with a wistful sense of its transience. Her heart was very womanly.

“It would be a way for me, if there were not something between us, Syl,”
she answered,–“something that keeps us apart. I don’t know what it is.”

Their eyes met. He suddenly took to his oars and began to pull with
vigorous strokes.

They were silent until they had reached the foot of one of the little
promontories. Then, finding a convenient landing-place, he clambered out
and helped her ashore.

“Let us sit down, dear,” he said, when he had made fast the boat. “I
have a great deal to tell you.”

And there in the cool shade of the pine-trees, with the quivering
noon-tide haze between them and the great stretch of lake, he told her
all his story: of Constance and Leroux, of the awful frost that had
frozen his heart, of his father and the elder Usher, of his own lack
of right to the name he bore, of his father’s death-bed. He spoke
continuously in an earnest undertone, although their solitude was broken
only by the twitter of birds and the soft whirring of summer insects.
Ella, sitting a little way apart, kept silent and never stirred save to
look up at him from time to time with piteous wonder in her eyes. And
as the old man’s tragedy was unfolded before her, the tears brimmed over
and fell down her cheeks. Thus all the dark places were made light to
her. The man’s soul was revealed. She felt humbled, of small account,
as though admitted unworthy into some holy place of sacred things, where
sin and suffering were washed away by a divine pity. He ended abruptly.

“That’s all the story,” said he; “you must judge us both as you think
best.”

For a moment she sat silent, as her heart was too full for speech; but
her hand, that had some while since found its way into his, gave him a
soft sign of sympathy. At last words came.

“I understand all, Syl,–both you and him.”

“That means forgiving all.”

There was a silence. Their souls held communion, the barrier between
them being broken down. We have passed through pain and sorrow, ran the
mutual message, and our hearts have been made exceeding pitiful, and
love at last dwells therein. And for a season time stood still.

Ella looked through the mist of her tears at the splendour of the day.
Suddenly the mist cleared, and the splendour was eclipsed by the dawning
of a newer glory. Sylvester saw it in her eyes. With a cry of passionate
joy he flung his arms around her, and she gave her life to him utterly. 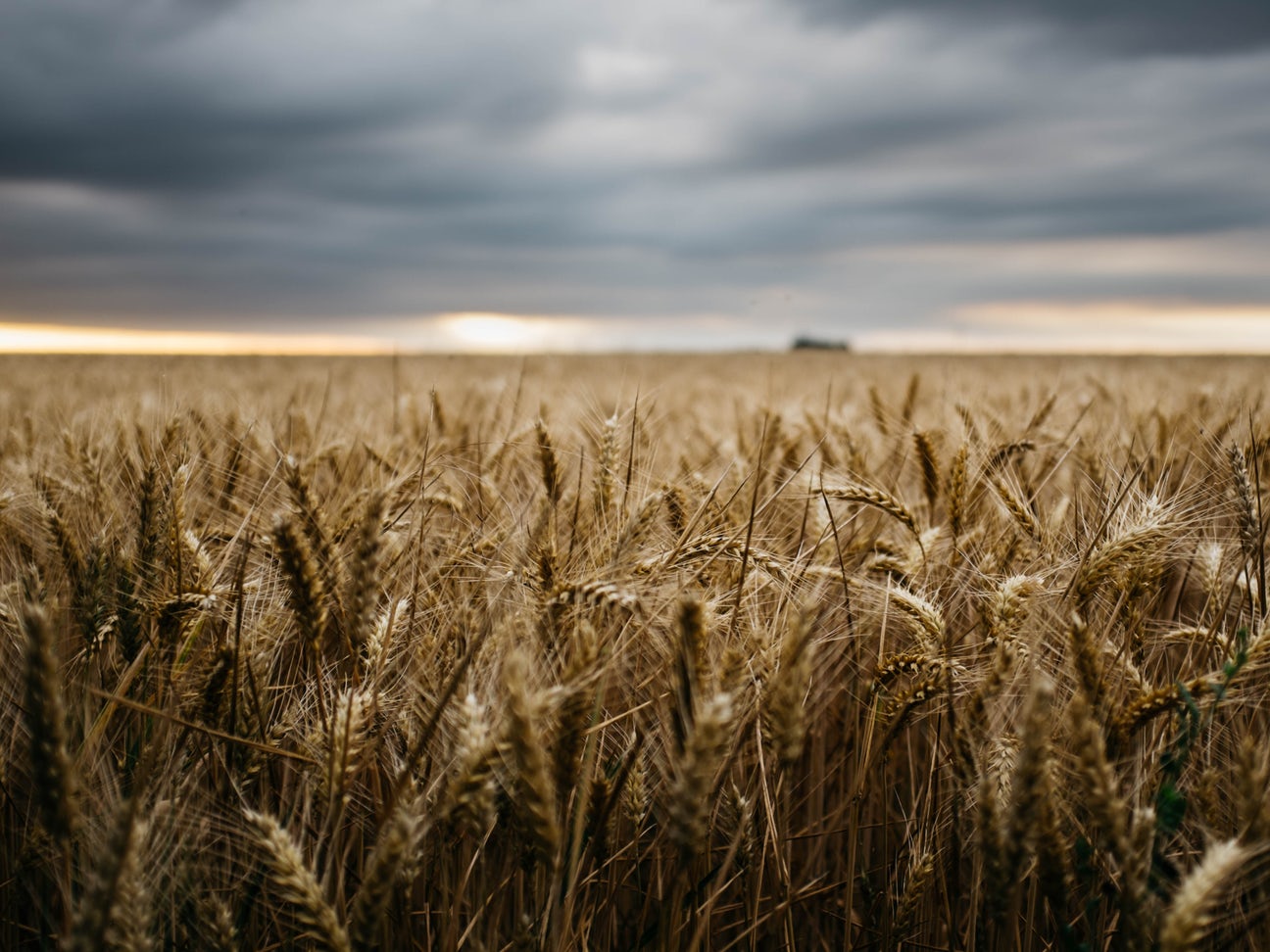 They rowed back across the lake, and the beauty of earth enfolded them.
Once he paused, and their eyes drank deep of each other. At length she
smiled.

“The world is a glorious place,” she said.