TO be a poet of the East, one must be a painter, using words as a
colorist uses pigment. His poem must be a picture wherein form and
detail are subjected to the values of tone and atmosphere; like the
dawn-crest of Fujiyama it must glow, it must dazzle with tints and
light. To convert the pen into an artist’s brush, the vocabulary into
a palette, is an end not to be gained by striving; it is a talent _a
priori_, a temperamental color, a temperamental art.

So vividly is this shown in the work of Mrs. Mary McNeil Fenollosa
that whereas in her Eastern poems she is every whit the artist, in her
Western, her Occidental poems, she is without special distinction.
Certain of her Western poems have a conventional, mechanical tone,
while those of the East are abrim with vitality and impulse. They were
not “reared by wan degrees;” the craftsman did not fashion them; and
although varying in charm, there are few that lack the Eastern spirit.

Mrs. Fenollosa’s bit of the Orient is Japan, where nature is ever
coquetting,—laughing in the cherry, sighing in the lotos. Nature in
the Orient is invested with a personality foreign to Western
countries, a personality reminiscent of the gods. Then, too, nature is
given a more prominent place in the poetry of the East than is love,
or any of the subjects, so infinite in variety, which engross a
Western singer; and it happens that Mrs. Fenollosa, catching this
spirit during her life in Japan, gives us chiefly nature poems in her
Eastern collection. With artist-strokes where each is sure, she
flashes this picture before us:

The day unfolds like a lotos-bloom,
Pink at the tip, and gold at the core,
Rising up swiftly through waters of gloom
That lave night’s shore;

or this vision of—

The cloud-like curve,
The loosened sheaf,
The ineffable pink of a lotos leaf.

One great charm of the imagery in Mrs. Fenollosa’s Japanese poems is
its subtlety of suggestion. The imagination has play; something is
left for the fancy of the reader, which can scarcely be said of some
of the highly wrought verse of our own country. The first lyric in the
collection hints of a score of things beyond its eight-line scope:

O let me die a singing!
O let me drown in light!
Another day is winging
Out from the nest of night.
The morning glory’s velvet eye
Brims with a jewelled bead.
To-day my soul’s a dragon-fly,
The world a swaying reed!

“To-day my soul’s a dragon-fly,”—a wingéd incarnation of liberty and
joy; “the world a swaying reed,”—a pliant thing made for my delight,
an empery of which I am the sovereign and may have my will.

But these Japanese songs have not wholly the lighter melody; there are
those that sing of the devastation of the rice-fields after the
floods, a grim and tragic picture; and there are interpretations of
the dreams of the great bronze Buddha, looking with sad, inscrutable
eyes upon the pilgrims who, with the recurrent seasons, come creeping
to his feet like insects from the mould; and there is a story of “The
Path of Prayer,”—a Japanese superstition so human that one is glad of
a religion where sentiment overtops reason. It pictures one walking at
evening under gnarled old pines until he chances upon a hidden path
leading through a hundred gates that keep a sacred way; and as he
passes he is amazed to see along the route, springing as if from the
earth, fluttering white papers, tied

As banners pendent from a mimic wand.

I wondered long; when, from the drowsy wood,
A whisper reached me, “’Tis the Path of Prayer,
Where, nightly, Kwannon walks in pitying mood,
To read the sad petitions planted there.”

Ah, simple faith! The sun was in the west;
And darkness smote with flails his quivering light.
Beside the path I knelt; and, with the rest,
My alien prayer was planted in the night.

It is to be regretted that Mrs. Fenollosa gives us so little of the
religious or mystical in Japanese thought, since no country is richer
in material of the sort, and especially as the isolated poems and
passages in which she touches upon it are all so interpretative. She
has one poem, a petition of old people at a temple, that strikes deep
root both in pathos and philosophy. Perhaps the Japanese excel all
other peoples in the reverence paid to age, and yet no excess of
consideration can supplant the melancholy of that time. The second
stanza of Mrs. Fenollosa’s poem expresses the aloofness of the old,—

And the last stanza is imbued with the Buddhistic resignation, the
desire to pass, to be reabsorbed, reinvested, reborn. It is
philosophical after the Karmic law, and beautiful in spirit even to a
Western mind:

That the green may pierce the light:—

that out of physical decay a regrowth of the spirit may spring; for
already,

Far beneath
Stirs the young blade in its sheath:—

the soul is quickening for the upper air and making ready to burst its
detaining mould. How beautiful is the recognition that

Life and thought, in withered plight,
Choke the morning,

the young eternal self, that, having fulfilled the conditions of Karma
in its present embodiment of destiny, is obeying the resistless law
that calls it to new modes of being. It is unnecessary to be of the
Buddhistic faith to feel the spell and the beauty of its philosophy.

Mrs. Fenollosa’s gift is chiefly lyrical, although her sonnets and
descriptive poems have many passages of beauty; the picturesque in
fancy and phrasing is ever at her command, and there are few poems in
which one is not arrested by some unique expression, or bit of
imagery, as this from “An Eastern Cry”:

Beneath the maples crickets wake,
_And chip the silence, flake on flake_.

Or that in which the rain

Or the fir-tree stood,

With clotted plumage sagging to the land.

Or when Fujiyama seen at dawn is pictured as

A crown … self poised in mist,

A frail mirage of Paradise
Set in the quickening air.

So true in color and vision are Mrs. Fenollosa’s lyrics that one
cannot understand how in a sonnet she can be guilty of so mixed a
metaphor as this describing a “Morning On Fujisan”: 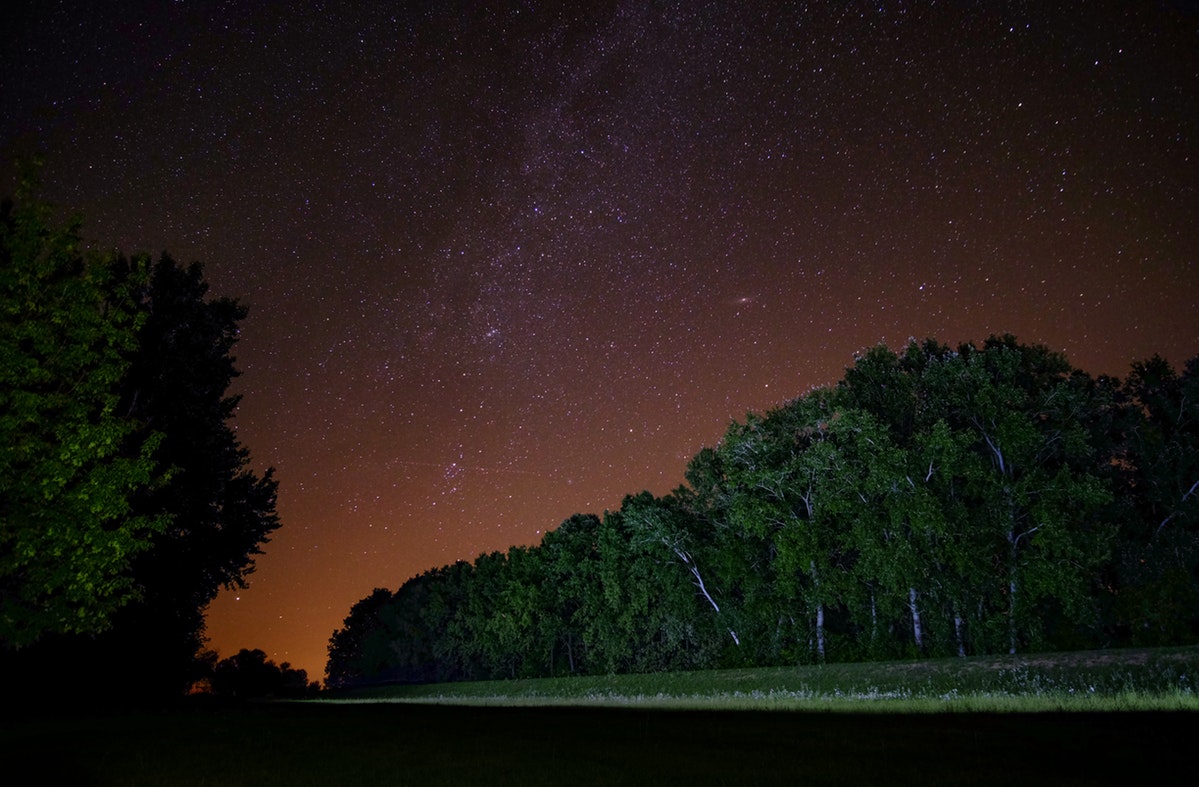 Through powdered mist of dawn-lit pearl and rose
There lifts one lotos-peak of cleaving white,
The swan-like rhapsody of dying night,
Which, softly soaring through the ether, blows
To hang there breathless….

The first two lines are unimpeachable, but when the “lotos-peak” is
amplified into a “swan-like rhapsody,” one is swept quite away from
his bearings. It is but an illustration of the effort that often goes
to the building of a sonnet and renders forced and inept what was
designed to be artistic. Mrs. Fenollosa’s sonnets, however, do not
often violate congruity, for while the sonnet is by no means her
representative form, she handles it with as much ease as do most of
the modern singers, and occasionally one comes upon her most
characteristic lines in this compass; but it is true of the sonnet
form in general, except in the hands of a thorough artist, that the
mechanism is too obvious and obscures the theme.

To know Mrs. Fenollosa at her best one must read “Miyoko San,” “Full
Moon Over Sumidagawa,” “An Eastern Cry,” “Exiled,” and this song “To a
Japanese Nightingale,” full of mystic, wistful beauty, of suggestive
spiritual grace. How delicate is its fashioning, and yet how it
defines a picture, silhouettes it against the Orient night!

Dark on the face of a low, full moon
Swayeth the tall bamboo.
No flute nor quiver of song is heard,
Though sheer on the tip a small brown bird
Sways to an inward tune.

O small brown bird, like a dusky star,
Lone on the tall bamboo,
Thou germ of the soul of a summer night,
Thou quickening core of a lost delight,
Of ecstasy born afar,

Soar out thy bliss to the tingling air,
Sing from the tall bamboo!
Loosen the long, clear, syrup note
That shimmers and throbs in thy delicate throat;
Mellow my soul’s despair!