Is Waterloo a dead word to you? the name of a plain of battle, no more?
Or do you see, on a space of rising ground, the little long-coated man
with marble features, and unquenchable eyes that pierce through rolling
smoke to where the relics of the old Guard of France stagger and rally
and reach fiercely again up the hill of St. Jean toward the squares,
set, torn, red, re-formed, stubborn, mangled, victorious beneath the
unflinching will of him behind there,—the Iron Duke of England?

Or is your interest in the fight literary? and do you see in a pause of
the conflict Major O’Dowd sitting on the carcass of Pyramus refreshing
himself from that case-bottle of sound brandy? George Osborne lying
yonder, all his fopperies ended, with a bullet through his heart?
Rawdon Crawley riding stolidly behind General Tufto along the front of
the shattered regiment where Captain Dobbin stands heartsick for poor
Emily?

Or maybe the struggle arranges itself in your vision around one figure
not named in history or fiction,—that of hour grandfather, or his
father, or some old dead soldier of the great wars whose blood you exult
to inherit, or some grim veteran whom you saw tottering to the rollcall
beyond when Queen Victoria was young and you were a little boy.

For me the shadows of the battle are so grouped round old John Locke
that the historians, story-tellers, and painters may never quite
persuade me that he was not the centre and real hero of the action. The
French cuirassiers in my thought-pictures charge again and again vainly
against old John; he it is who breaks the New Guard; upon the ground
that he defends the Emperor’s eyes are fixed all day long. It is John
who occasionally glances at the sky with wonder if Blucher has failed
them. Upon Shaw the Lifeguardsman, and John, the Duke plainly most
relies, and the words that Wellington actually speaks when the time
comes for advance are, “Up, John, and at them!”

How fate drifted the old veteran of Waterloo into our little Canadian
Lake Erie village I never knew. Drifted him? No; he ever marched as if
under the orders of his commander. Tall, thin, white-haired,
close-shaven, and always in knee-breeches and long stockings, his was an
antique and martial figure. “Fresh white-fish” was his cry, which he
delivered as if calling all the village to fall in for drill.

So impressive was his demeanor that he dignified his occupation. For
years after he disappeared, the peddling of white-fish by horse and cart
was regarded in that district as peculiarly respectable. It was a
glorious trade when old John Locke held the steelyards and served out
the glittering fish with an air of distributing ammunition for a long
day’s combat.

I believe I noticed, on the first day I saw him, how he tapped his left
breast with a proud gesture when he had done with a lot of customers and
was about to march again at the head of his horse. That restored him
from trade to his soldiership—he had saluted his Waterloo medal! There
beneath his threadbare old blue coat it lay, always felt by the heart of
the hero.

“Why doesn’t he wear it outside?” I once asked.

“He used to,” said my father; “till Hiram Beaman, the druggist, asked
him what he’d ’take for the bit of pewter.’”

“’Take for the bit of pewter!’ said he, looking hard at Beaman with
scorn. ’I’ve took better men’s lives nor ever yours was for to get it,
and I’d sell my own for it as quick as ever I offered it before.’

“’You’re nowt,’ said old John, very calm and cold, ’you’re nowt but
walking dirt.’ From that day forth he would never sell Beaman a fish;
he wouldn’t touch his money.”

It must have been late in 1854 or early in 1855 that I first saw the
famous medal. Going home from school on a bright winter afternoon, I
met old John walking very erect, without his usual fish-supply. A dull
round white spot was clasped on the left breast of his coat.

“Mr. Locke,” said the small boy, staring with admiration, “is that your
glorious Waterloo medal?”

“You’re a good little lad!” He stooped to let me see the noble pewter.
“War’s declared against Rooshia, and now it’s right to show it. The old
regiment’s sailed, and my only son is with the colors.”

Then he took me by the hand and led me into the village store, where the
lawyer read aloud the news from the paper that the veteran gave him. In
those days there was no railway within fifty miles of us. It had
chanced that some fisherman brought old John a later paper than any
previously received in the village.

“Ay, but the Duke is gone,” said he, shaking his white head, “and it’s
curious to be fighting on the same side with another Boney.”

All that winter and the next, all the long summer between, old John
displayed his medal. When the report of Alma came, his remarks on the
French failure to get into the fight were severe. “What was they ever,
at best, without Boney?” he would inquire. But a letter from his son
after Inkermann changed all that.

“Half of us was killed, and the rest of us clean tired with fighting,”
wrote Corporal Locke. “What with a bullet through the flesh of my right
leg, and the fatigue of using the bayonet so long, I was like to drop.
The Russians was coming on again as if there was no end to them, when
strange drums came sounding in the mist behind us. With that we closed
up and faced half-round, thinking they had outflanked us and the day was
gone, so there was nothing more to do but make out to die hard, like the
sons of Waterloo men. You would have been pleased to see the looks of
what was left of the old regiment, father. Then all of a sudden a French
column came up the rise out of the mist, screaming, ’_Vive l’Empereur!_’
their drums beating the charge. We gave them room, for we were too dead
tired to go first. On they went like mad at the Russians, so that was
the end of a hard morning’s work. I was down,—fainted with loss of
blood,—but I will soon be fit for duty again. When I came to myself
there was a Frenchman pouring brandy down my throat, and talking in his
gibberish as kind as any Christian. Never a word will I say agin them
red-legged French again.”

“Show me the man that would!” growled old John. “It was never in them
French to act cowardly. Didn’t they beat all the world, and even stand
up many’s the day agen ourselves and the Duke? They didn’t beat,—it
wouldn’t be in reason,—but they tried brave enough, and what more’d you
ask of mortal men?”

With the ending of the Crimean War our village was illuminated. Rows of
tallow candles in every window, fireworks in a vacant field, and a
torchlight procession! Old John marched at its head in full
regimentals, straight as a ramrod, the hero of the night. His son had
been promoted for bravery on the field. After John came a dozen gray
militiamen of Queenston Heights, Lundy’s Lane, and Chippewa; next some
forty volunteers of ’37. And we boys of the U. E. Loyalist settlement
cheered and cheered, thrilled with an intense vague knowledge that the
old army of Wellington kept ghostly step with John, while aerial
trumpets and drums pealed and beat with rejoicing at the fresh glory of
the race and the union of English-speaking men unconsciously celebrated
and symbolized by the little rustic parade.

After that the old man again wore his medal concealed. The Chinese War
of 1857 was too contemptible to celebrate by displaying his badge of
Waterloo.

Then came the dreadful tale of the Sepoy mutiny—Meerut, Delhi, Cawnpore!
After the tale of Nana Sahib’s massacre of women and children was read
to old John he never smiled, I think. Week after week, month after
month, as hideous tidings poured steadily in, his face became more
haggard, gray, and dreadful. The feeling that he was too old for use
seemed to shame him. He no longer carried his head high, as of yore.
That his son was not marching behind Havelock with the avenging army
seemed to cut our veteran sorely. Sergeant Locke had sailed with the
old regiment to join Outram in Persia before the Sepoys broke loose. It
was at this time that old John was first heard to say, “I’m ’feared
something’s gone wrong with my heart.”

Months went by before we learned that the troops for Persia had been
stopped on their way and thrown into India against the mutineers. At
that news old John marched into the village with a prouder air than he
had worn for many a day. His medal was again on his breast.

It was but the next month, I think, that the village lawyer stood
reading aloud the account of the capture of a great Sepoy fort. The
veteran entered the post-office, and all made way for him. The reading
went on:— 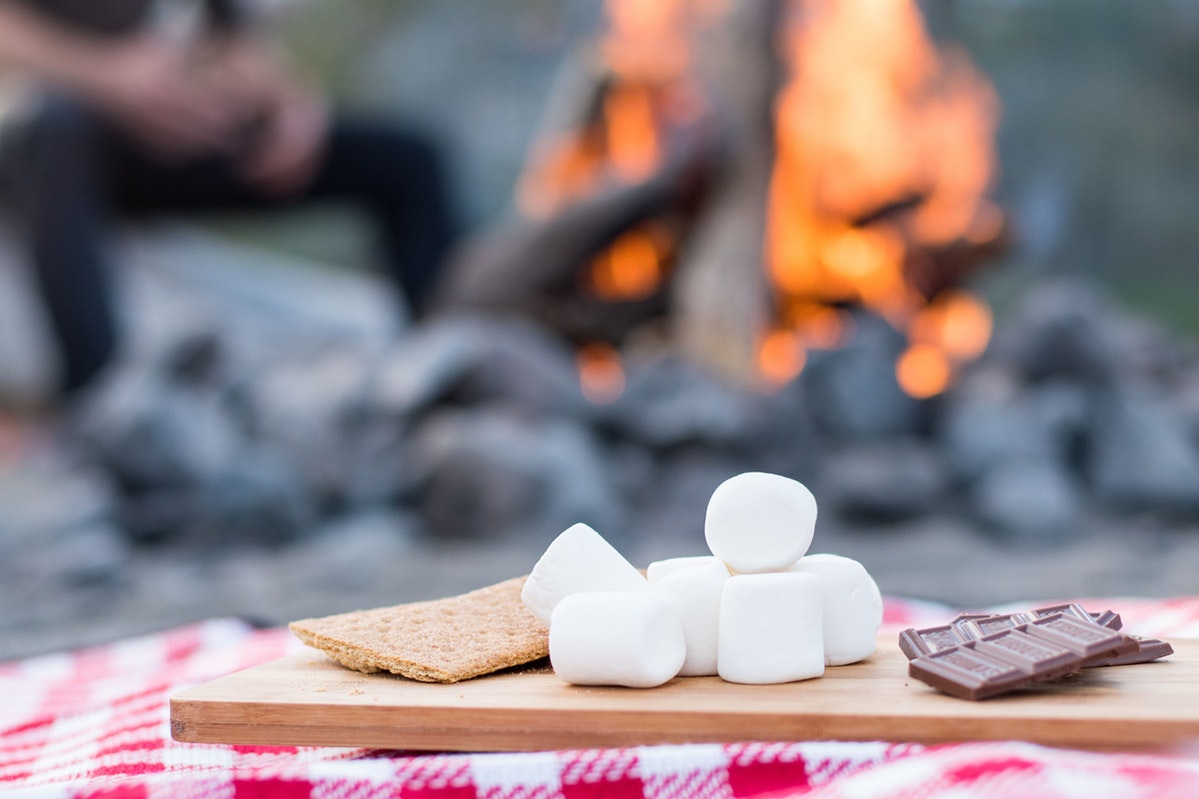 “The blowing open of the Northern Gate was the grandest personal exploit
of the attack. It was performed by native sappers, covered by the fire
of two regiments, and headed by Lieutenants Holder and Dacre, Sergeants
Green, Carmody, Macpherson, and Locke.”

The lawyer paused. Every eye turned to the face of the old Waterloo
soldier. He straightened up to keener attention, threw out his chest,
and tapped the glorious medal in salute of the names of the brave.

“Sergeant Carmody, while laying the powder, was killed, and the native
havildar wounded. The powder having been laid, the advance party
slipped down into the ditch to allow the firing party, under Lieutenant
Dacre, to do its duty. While trying to fire the charge he was shot
through one arm and leg. He sank, but handed the match to Sergeant
Macpherson, who was at once shot dead. Sergeant Locke, already wounded
severely in the shoulder, then seized the match, and succeeded in firing
the train. He fell at that moment, literally riddled with bullets.”

“Read on,” said old John, in a deeper voice. All forbore to look twice
upon his face.

“Others of the party were falling, when the gate was blown to fragments,
and the waiting regiments of infantry, under Colonel Campbell, rushed
into the breach.”

There was a long silence in the post-office, till old John spoke once
more.

“The Lord God be thanked for all his dealings with us! My son, Sergeant
Locke, died well for England, Queen, and Duty.”

The villagers never saw him in life again. Next day he did not appear.
All refrained from intruding on his mourning. But in the evening, when
the Anglican minister heard of his parishioner’s loss, he walked to old
John’s home.

There, stretched upon his straw bed, he lay in his antique regimentals,
stiffer than At Attention, all his medals fastened below that of
Waterloo above his quiet heart. His right hand lay on an open Bible,
and his face wore an expression as of looking for ever and ever upon
Sergeant Locke and the Great Commander who takes back unto Him the
heroes He fashions to sweeten the world.