A few days after the startling telegram reached Calderwood, the
newspapers teemed with despatches and details of the victory at the
Alma, the flight of the shattered Russian Army towards Baktchiserai, and
the advance of the Allies on Sebastopol.

Among those details were the official lists of the killed, wounded, and
missing, furnished by the adjutant-general. How many a home in the
British Isles did these fatal lists fill with grief? how many a heart
they wrung?

Cora Calderwood, pale, and still suffering from the recent shock, read
over the lists; but looked in vain for the name of her cousin Newton.
It was not among the killed; neither was it among the wounded or the
missing. There was no casualty among the officers of the lancers, save
the death of Lieutenant Rakeleigh, who was killed by a cannon shot in
the affair of Bulganak, on the evening preceding the great battle of the
Alma, “and whose body Captain Newton Calderwood Norcliff, with a few
lancers, made a gallant attempt to rescue and carry off.”

Poor Rakeleigh! She remembered how well he waltzed, and what desperate
love he made to her at the lancers’ ball, when flushed by a furious
galop and a bumper of the mess champagne. What mystery was this? Dared
she hope? Might papa prove right, after all? And might Newton “turn up”
as their old friend Dunnikeir had so often done, from under a pile of
dead men and horses, in the old Peninsular days? Sir Nigel instantly
wrote to the War Office requesting some information regarding Captain
Newton C. Norcliff, and was promptly informed that the telegram should
have been, “_The name of your nephew is_ NOT _among the killed._”

So the omission of those three letters—one little word—made a mighty
difference to poor Cora’s anxious and affectionate heart; but the letter
from the War Office added, after an apology, “_We regret to state that,
a day or two after the passage of the Alma, Captain Norcliff was
severely wounded, mutilated, and taken prisoner in a skirmish with the
enemy’s cavalry—an affair of which no detail has yet reached
headquarters._”

Mutilated and taken!—taken by those odious, savage, and terrible
Muscovites, of whose barbarities the newspapers were daily giving fresh
details! Here was a new horror—another source of anxiety and grief; and
Cora and Sir Nigel were never tired of surmising or conjecturing what
might be the fate of their kinsman, or of searching the public journals,
and the letters from the army with which their columns teemed, for some
scrap of information regarding the lost one; but they searched in vain.
Time passed on; the Russians sank their fleet across the mouth of the
harbour of Sebastopol; Balaclava was captured by the British; and the
second week of October saw the first bombardment of the beleagured city.
These were important facts; but one was more important still to Cora
Calderwood—there came no tidings of her lost cousin Newton. Had he died
in the hands of the Russians, or been sent to dig copper in the mines of
Siberia?—a place of which she had rather vague ideas, and of which, with
its capital, Tobolsk, she had read such thrilling accounts, when at
school, in Madame Cottin’s celebrated “Elizabeth, or the Exiles,” &c.
Her heart sank within her at this conjecture, and all that such a fate
suggested. She penned several letters on the subject to Lady Louisa
Loftus. Now, they could mingle their tears, she wrote; now they could
commune and sorrow in common; now——. But she could not tell _her_ that
she loved Newton, too, and could only profess a sisterly affection for
Louisa. 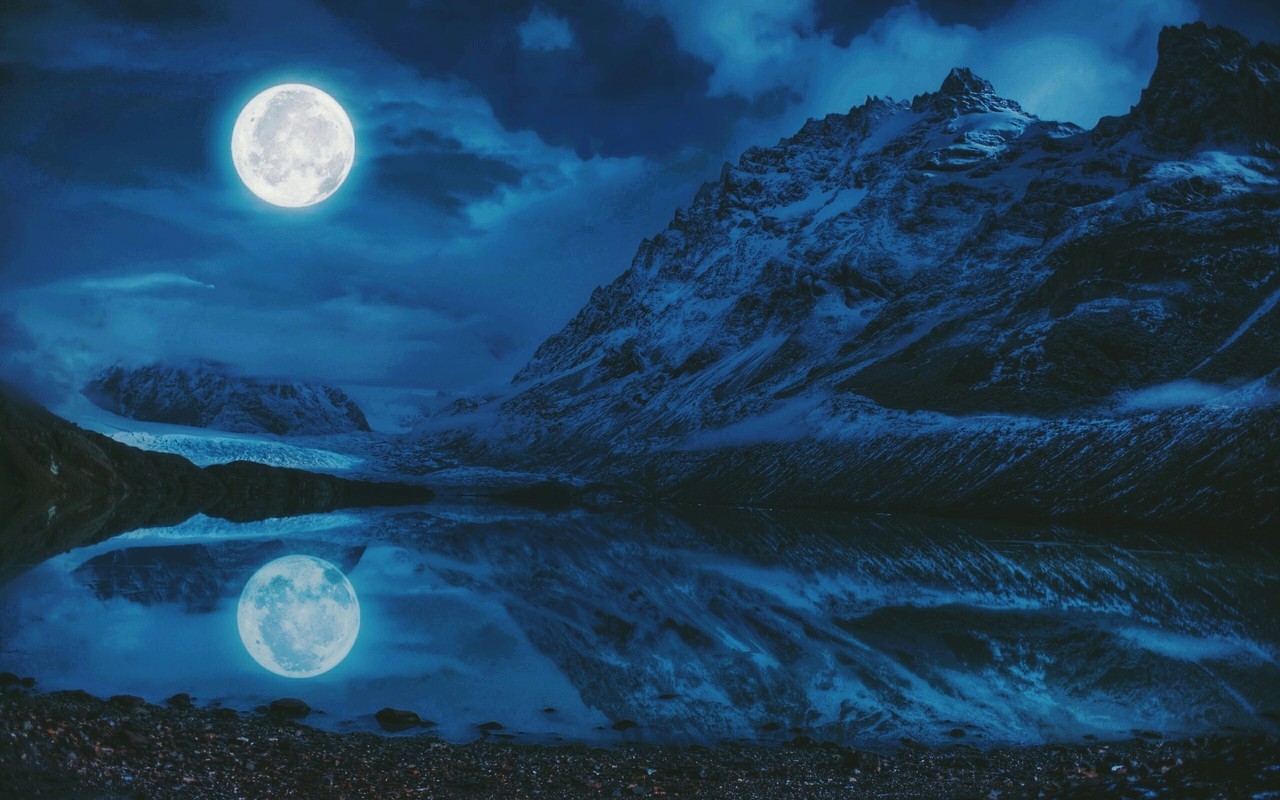 The responses of the latter were cold—singularly so. She was greatly
shocked, no doubt; it made her quite nervous, and all that sort of
thing, to think that Captain Norcliff should be mutilated. Had he lost
his nose (it was a very handsome one)?—or his ears?—or what had the
Russians cut off? If it was a leg, Lord Slubber jocularly suggested
that it would mar his fox-hunting and round-dancing for the future; and
to think of a husband with a wooden leg, or an iron hook for an arm,
like the poor old creatures one sees at Chelsea, would be so funny—so
very absurd!

“Oh,” exclaimed Cora, “to write thus, how heartless! To write thus,
when now, of all men in the world, he most requires commiseration! How
horrible! How worldly and selfish she is! She never loved him—never,
never loved him—as—as—I do,” she dared not add, even to herself.

Then the letter described the new lining of the carriage; the last thing
in bonnets, and—but here Cora crushed it up in her quick, impatient
little hand, and, with a gesture of impatience, flung it in the fire.
November kept on, and the woods in the old sequestered Glen became
leafless and bare.

The snow powdered white the bare scalps of the hills, and old Willie
Pitblado, the keeper, predicted that the coming winter would be a bitter
one, for numbers of strange aquatic birds had been floating on Lochleven
and in the Forth above Inchcolm; and one morning the woods round the
Adder’s Craig, and all the slopes of the Western Lomond, were covered by
flocks of wild Norwegian pigeons—large white birds, whose appearance in
Scotland always indicates a severe winter in the Scandinavian
peninsula—a winter in which all the north of Europe is sure to share; so
Cora trembled, in her tenderness of heart, as she thought of our poor
soldiers before Sebastopol, and her secret love, Newton, who, if
surviving, was a suffering prisoner in the hands of the Russians.

Cora often visited the cottage of old Willie, in the copse near King
Jamie’s Well (though the rows of half-decayed hawks, wild cats, and
weasels, with which its eaves were garlanded, made the atmosphere
thereabout redolent of anything but perfume), for Willie’s heart, like
her own, was with the army of the East; and he “devoured” all the
newspapers she gave him for intelligence of the war. But he used to
shake his white head, and speak often of the old times of Wellington and
his boyhood—of the many fine lads who had gone forth to Spain and
Holland—”forth frae the Howe o’ Fife, to return nae mair,” and he
greatly feared such would be the fate of his Willie, now that the poor
young master was gone.

The veteran keeper’s spirits had sunk considerably. He was rheumatic
and ailing now; but he still crept about the woods and preserves with
his old double-barrelled Joe Manton and his favourite dogs, and said
hopefully, at times, “Aye ailing, ye ken, never fills the kirk-yard,
Miss Cora.”

But Cora’s visits to the gamekeeper’s lodge, to the Adder’s Craig, the
ruined castle of Piteadie, and other old familiar haunts, became
circumscribed, when she had the annoyance of Mr. Brassy Wheedleton’s
company. For there were times when that legal sprout came on the
circuit, or visited Sir Nigel on business “anent the bond,” or begged
leave to have a few blundering shots at the pheasants; and he seldom
failed to combine these objects with a more ambitious one, by a pretty
close attention upon Cora, and a marked attention, that to her was only
productive of extreme annoyance.

Yule-tide had come and gone at Calderwood; again Cora’s pretty hands had
spiced the great wassail bowl, and all the household had partaken of its
contents; but there were heavy hearts at the Glen, as in many a home
circle elsewhere. For every icicle that hung from the eaves; every
flake of snow that drifted past; every biting gust that swept through
the bare woods, made old Sir Nigel and his people think of the horrors
our poor fellows were enduring among the frozen trenches of Sebastopol.
The golden pheasants and the brown partridges were alike forgotten, and
old Pitblado wandered about, alone and forlorn, among them, “though sic
a season for breedin’ he couldna ca’ to mind!”

The meets of the county pack took place at Largo, at Falfield, and
elsewhere. The foxes, tan, grey, and brown, were thick as blackberries
in Calderwood Glen—ay, thick as the black rabbits on the Isles of the
Forth—but the “M.F.H.” heeded them little. He had only ridden to the
hounds once that season, and preferred in the cold evenings his seat by
the ruddy dining-room fire, with his steaming tumbler of toddy on a
gueridon table close at hand; and there he dozed in his cosy easy-chair,
with his favourite dogs at his slippered feet; or he beat time dreamily
to Cora, as she ran her fingers over the keys of the cottage piano, and
sang some such old-fashioned song as the “Thistle and the Rose.”