THE door opened a little further.

“Here,” said Ferrier to the woman, “go up and bring me the roll of
unwritten paper from the table.”

“Not now. Maybe in another hour or more.”

“Lord! woman, have you lived all these years in Montrose and never
seen a drunken man?” exclaimed he impatiently. “Shut the door, I’m
telling you, and get what I want. He will not trouble you. He’s past
troubling anybody.”

She obeyed, and Archie heard a bolt shot on the inside.

Though he had been startled on discovering his mistake, he now felt
comforted by it, for, being unknown to Ferrier, he was much safer with
him than he would have been with James. He raised his head and tried
to get an idea of his companion’s face, but the darkness of the close
was too great to let him distinguish his features. He had discovered
where he lived by accident, but though a description of the man was in
the little box now reposing on the tester of his bed at Balnillo, he
did not know him by sight. These things were going through his mind as
the woman returned from her lodger’s errand, and the door had just
been made fast again when there was a step at the close’s mouth and
another man came quickly in, stopping short as he found it occupied.

“Ferrier?” said James’s voice softly. “What is this?” he asked as his
foot came in contact with Archie.

“It’s a drunken brute who came roaring in here a minute syne and fell
head over heels at my door,” replied the other. “The town is full of
them to-night.”

He stooped down and took Flemington by the shoulder.

“He must be far gone indeed to take you for a lass,” he observed.

“A’ll no gang hame wantin’ Annie!” continued Flemington, whose humour
was beginning to find some pleasure in the situation.

The raw vernacular that he had mastered with absolute success in
childhood was at his tongue’s end still.

Ferrier moved forward, but Archie had reached out a limp hand and
taken him by the ankle.

Ferrier, who had nearly fallen forward, tried to strike out with his
foot, but Archie’s grip, nerveless yet clinging as a limpet, held him
fast.

“He has me by the foot, damn him!” said Ferrier.

“Great heavens!” exclaimed the exasperated James, “we shall have the
whole town out of bed if this goes on! Shake him off, man, and let us
be going.”

He bent down as he spoke and groping in the darkness, found
Flemington’s heels. He seized them and began to drag him backwards as
a man drags a fighting dog. He had a grip of iron.

The effect of the sudden pull on Ferrier was to make him lose his
balance. He staggered against the side of the close, calling to Logie
to desist.

Archie still held on with back-boneless tenacity; but as the scrape of
flint and steel cut the darkness, he knew that he had carried his
superfluous pleasantries too far. He dared not loose Ferrier’s ankle
and roll to the wall, lest the action should prove him to be more
wideawake and less intoxicated than he seemed. He could only bury his
face in his sleeve.

His next sensation was a violent stab of burning pain in his wrist
that made him draw it back with a groan.

“I knew that would mend matters,” said James grimly, as he blew out
the tiny twist of ignited tow and replaced it and the steel box in his
pocket. “Come away–this sot has wasted our time long enough. He can
sleep off his liquor as well here as anywhere else.”

“You’ve helped to sober him,” said Ferrier, as the two men went out of
the close.

Flemington sat up. The burn stung him dreadfully, for the saltpetre in
which the tow had been dipped added to the smart. But there was no
time to be lost, so he rose and followed again.

Ferrier and Logie went off up the High Street, and turned down an
offshoot of it which Archie guessed to be the New Wynd, because it
answered to its position in his map of the town. He dashed to the
corner and watched them by the one light which illuminated the narrow
street till he could see them no longer. Then he flitted after them, a
soft-footed shadow, and withdrew under a friendly ‘stairhead,’ as he
had done at the North Port. A little farther on he could distinguish
the two ascending an outside stair to a squat building, and he heard
the sound of their knuckles on wood. Another minute and they were
admitted.

The two captains were let into a small room in the back premises of
‘The Happy Land’ by a slatternly-looking woman, who disappeared when
she had given them a light. Pens and ink lay upon the table and the
smoke of lamps had blackened the ceiling. It was a wretched place, and
the sound of rough voices came now and again from other parts of the
house. James drew up a chair, and Ferrier also sat down, tossing the
roll of paper to his companion.

“A young man called Flemington is at Balnillo painting my brother’s
portrait,” said Logie. “It’s a pity that I have not something of his
gift for drawing.”

“Flemington—-?” said the other. “There is a widow Flemington who
lives a mile or so this side of the Perthshire border; but that is the
only part of the country I do not know.”

“This is her grandson. She lived at St. Germain, and her husband was
with King James. He is a strange lad–a fine lad too. My brother seems
mightily taken up with him.”

“Where is your plan?” asked Ferrier.

James took out a small pocket-book and laid it on the table; then he
smoothed out the roll of paper, drew the points of the compass on it,
and began to copy from the rough sketches and signs which covered the
leaf of his little book.

Ferrier watched him in silence.

“I could not do that were it to save my life,” he said at last. 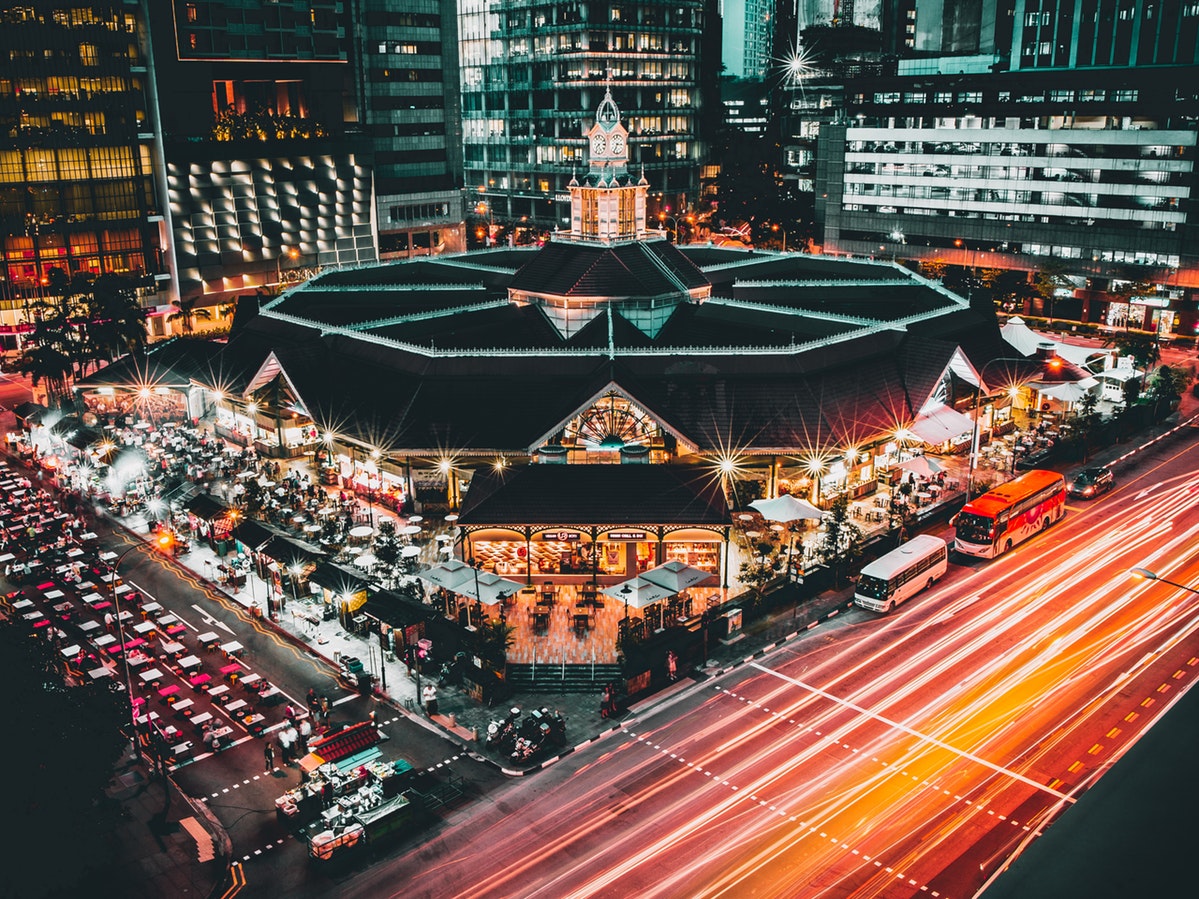 “I learned something, campaigning by the walls of Dantzig,” replied
James.

Ferrier watched the growing of the hasty map with admiration. His own
talents for organization and tactics had given this obscure landowner
the position he held in the Prince’s haphazard army, but the
professional soldier was invaluable to him. He sat wondering how he
could have got on without James.

“See,” said Logie, pushing the paper to him, “here lies the _Venture_
off Ferryden, at the south side of the river, and here is Inchbrayock
Island. That English captain is a fool, or he would have landed some
men there. You and I will land on it, Ferrier. And now,” he went on,
“the man is twice a fool, for, though he has taken the guns from the
fort and put them on board one of the unrigged ships, he has left her
beside the quay. This point that I have marked with a cross is where
she is moored. It would be idle not to make use of such folly! Why,
man, if we can carry through the work I have in my mind, we shall blow
the _Venture_ out of the water! Three nights I have skulked round the
harbour, and now I think that every close and every kennel that opens
its mouth upon it is in my head. And the island is the key to
everything.”

Logie’s eyes shone in the dim room like the eyes of some animal
watching in a cave.

“We must get possession of the ship at the quay-side,” continued he.
“Then we will take a couple of the town guns and land them on
Inchbrayock. A hundred men from Brechin should be sufficient.”

“It must be done at night,” said the other.

“At night,” said James, getting up and putting his hands on the back
of his chair. “And now, as soon as possible, we must go down to the
harbour and look carefully at the position of everything.”

Ferrier stood up and stretched himself, as men so often will when they
are turning over some unacknowledged intention.

James took up the roll of paper, glanced at it and threw it down
again.

“I see it as though it had come by inspiration!” he cried. “I see that
we have a blockhead to deal with, and when heaven sends such an
advantage to His Highness, it is not you nor I, Ferrier, who will balk
its design. You will not hang back?”

He looked at his friend as though he were ready to spring at him. But
Ferrier went on with his own train of thought. He was a slower man
than Logie, but if he lacked his fire, he lacked none of his
resolution.

“You are right,” he said. “A man is a fool who leaves what he has
captured on the farther side of the river, who thinks, having taken
his enemy’s guns from a fort, that he can let it stand empty. He has
done these follies because he knows that there are no troops in
Montrose.”

“Ay, but there are troops in Brechin!” burst out James.

“There are troops in Brechin,” repeated Ferrier slowly, “and they must
be got quietly into the town. I wish there were not eight miles of
road between the two.”

“I have not forgotten that,” said James, “and to-night I mean to
remain here till daylight and then return home by the side of the
Basin. I will make my way along its shore and judge whether it be
possible for you to bring your men by that route. If you can get them
out of Brechin by the river-bank and so on along the side of the Esk,
you will avoid the road and I will be waiting for you at the fort.”

Logie had come round the little table and stood by his friend, waiting
for him to speak.

“I will go with you,” said Ferrier. “We can part below Balnillo, and
I, too, will go back to Brechin by the river. I must know every step
before I attempt to bring them in the dark. There must be no delays
when the time comes.”

James drew a long sigh of relief. He had never doubted his companion’s
zeal, but his heart had been on fire with the project he carried in
it, and Ferrier’s complete acceptance of it was balm to his spirit. He
was a man who spared himself nothing, mentally or physically.

He folded the roll of paper and gave it to Ferrier.