While the girls busied themselves in the cabin, Kirk went to look after
the horses, and to find himself a place for the night. The ground was
still wet, but he felt that with the protection of his poncho he could
manage for one night.

“It does seem selfish to keep this cabin,” remarked Marjorie, when they
were alone, “when the ground will be so wet for Kirk. Still, there are
two of us, and only one of him. And,” she added, “besides, we’re girls.”

“No, he isn’t! And by the way, Daisy, don’t you like him a whole lot
better than you did at first?”

“Yes, only that I always did like him. And I never blamed him in the
least for running away from Irene Judson so persistently.”

“Well, he’s been awfully nice to me lately,” said Marjorie. “When we
were fishing together yesterday morning, I told him about the radio,
and he is going to order it for me when we get back to camp, and will
help put it up when it comes.”

“That’s great!” exclaimed Daisy. “Do you know, Marj, I was hoping he
would be the one you would ask. He seems so capable. But don’t you hope
we get it soon?”

“I certainly do!” replied Marjorie. “But I guess we will, for
everything seems to be going so well with the troop. Only–we haven’t
found another troop good-turn!”

“No, but we soon will, somehow,” said her companion, cheerfully. “We
always do. I’ll leave it to you. You’ll find a forest fire to stop, or
a doctor’s life to save, or–”

“That will do!” commanded Marjorie, sternly. She was too modest to
listen indefinitely to an account of her previous good deeds. “Come,
let’s go sit in the doorway, and watch for Kirk.”

They sat for a short time, watching the fading light in the sky, and
talking little. At last the young man returned, bringing his folding
cup filled with water for them.

“There’s a spring not far away,” he said, as he handed Marjorie the
cup. “Everything’s very convenient, and we’re lucky! After a good
night’s sleep, we ought to get to the camp in fair time tomorrow.”

“Well, I hope we don’t see any bears tonight,” remarked Daisy.
“Although Marj and I would be pretty safe. But you must be careful,
Kirk!”

“Oh, I’m a light sleeper,” he replied, carelessly. “But I believe I
would like a fire. Suppose I make one now, and we can sit around it
till time to turn in? Then we wouldn’t have to go into that stuffy
cabin.”

The girls agreed heartily with the plan, and Daisy went into the cabin
to bring out the remaining dry wood. Before long a bright cheerful
blaze was crackling in front of them.

For some time no one said anything. Each was absorbed in his or her own
thoughts.

Still gazing into the fire, Kirk suddenly broke the silence by speaking
about himself.

“Girls,” he began, “you have been wondering about me, I know, and
thinking I am rather queer. Well, I guess I am! When I came to the
ranch early in the summer, I felt as if I would never want to talk to
anybody, or make friends with anybody again. But lately–through the
influence of several of the boys, and of you two Girl Scouts, I’ve
begun to feel more like a human-being again. And so now that you are
under my care tonight, dependent as it were upon me, I want to tell you
a little bit about myself. In fact, I just can’t keep it any longer: _I
am Olive’s husband!_”

“What? What?” cried Daisy, staring at Kirk as if she thought he was
crazy.

The young man had not meant to blurt out his announcement so bluntly;
he was sorry to have startled the girls as he must have done.

“Yes,” he went on to explain, “you see my name is Smith–Thomas Kirk
Smith–and when I came out here I began to use the middle name instead
of the first, so that I might forget a little bit. But it didn’t do any
good. I’ve just been bitter–I hated everybody. Then when I met you,
Daisy, and saw how self-controlled you were, with the same trouble as
mine, I began to be ashamed.”

As he spoke of his sorrow in his quiet voice, without even looking at
the girls, both were even more impressed by his suffering than by the
strangeness of the fact that he was the man who, on account of Daisy’s
sister, was so often in their thoughts. The whole thing was incredible:
that here on this lonely ranch in Wyoming, they should find, not the
girl whom they were seeking, but her husband! They knew now that Kirk
was speaking the truth, and yet it seemed miraculous.

“Yes,” said Daisy, after the first excitement of the revelation was
over, “of course I noticed that your name was Smith–for no matter how
often I hear it, it always startles me. But, knowing that your first
name was different, I never gave it a second thought. For who would
ever think of finding you here?”

“It was a coincidence,” he said. “I was so run down last Spring that
I just had to go somewhere. And I’d been out here before, not on this
ranch, but in the same country, so I thought this would be the best
place. Now I’m glad I did.”

“And you have heard nothing?” asked Daisy, softly.

“Nothing,” replied Kirk, disconsolately. “Daisy, we must face the
facts: _there is nothing to hear!_ For if Olive were alive, she would
surely have come back to me.” His voice broke, and he added another
sentence almost to himself. “It was such a little quarrel.”

“Yes, I know,” whispered Daisy, the tears running down her cheeks.

Marjorie, who had always shared Daisy’s trouble as her very own, now
seemed to enter more sympathetically than ever into the grief of these
two people, whom she admired so much. Desperately, she searched her
heart for some words of comfort to utter, but in vain. She could not
express what she felt.

“I wish you would tell me more about Olive,” said Kirk, gently. “You
know that I had known her for such a short time–only a week at a
summer resort–before we were married. And then it was only a little
over a month later that–that–Olive wasn’t the sort of girl to harbor
resentment, was she?”

“No indeed!” exclaimed Daisy. “She always had a fiery temper, but she
was over it in a minute when she got angry. And she’s very forgiving.” 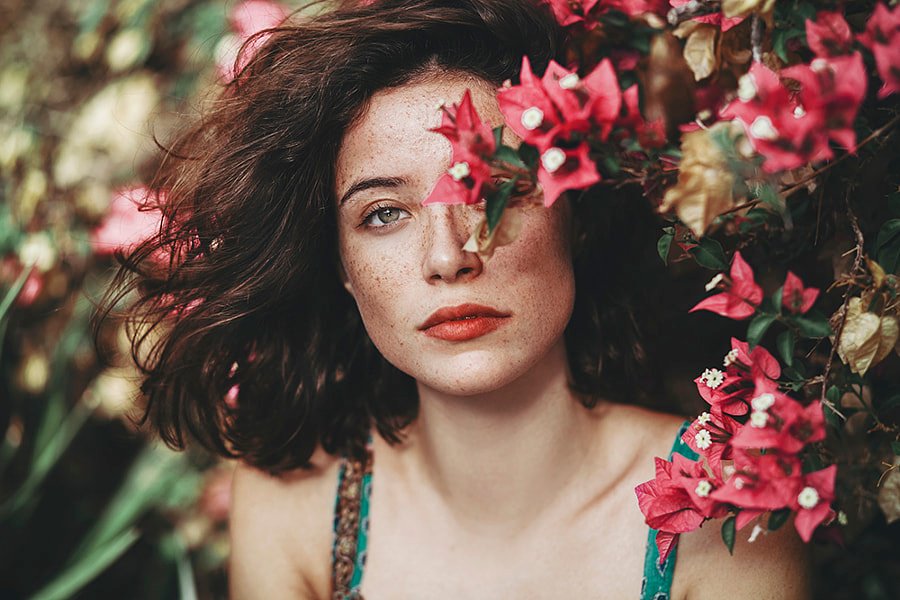 “I’m thankful to hear you say that, Daisy. Now I want to ask you a
question–you must forgive me for putting it, but it worries me so–do
you suppose that Olive could have committed suicide?”

Daisy winced at the question–the idea was so horrible. How could her
sister think of such a thing, with the prospect of such a happy life
before her! Daisy glanced at Kirk; now that she understood him, he
seemed to possess all the qualities that the normal girl would desire
in a husband. And Olive was the sort of girl to appreciate this. No,
the thing was inconceivable; whatever fate Olive had met, it could not
have been a suicidal death; of this her sister was sure.

“No, Kirk; she isn’t that kind of a girl. She wouldn’t really want to,
either. I think you can be satisfied about that.”

“Really?” cried the young man, hopefully. “Anything but that! For then
I should feel that I had killed her, and that it was all my fault.”

“No, if she is dead, it’s from some cause beyond either your or her
power.”

“Yes, I suppose so,” said Kirk, slowly. “You know she told me as she
went out of the door she was ill. And to rush out to exposure, without
proper protection–that would probably kill her.”

“But if she were dead, we would be so likely to have heard about it,”
objected Daisy, returning to her former hopeful attitude.

“I think the same thing would apply if she were alive,” said Kirk,
sadly. “She could have died in some lonely place, or have fallen into
the river, and perhaps nobody would know a thing about it. I watch the
papers for accidents to unidentified people, but I have never found any
description at all like her.”

Although Marjorie had taken practically no part in the conversation,
the strain of it all was telling upon her as well as upon the other
two. She fidgeted uneasily; the growing darkness, the loneliness, the
gloominess of the subject depressed her so that she feared that she too
might burst out crying. Kirk noticed her nervousness, and knew that it
would be best to talk of something else.

Skillfully turning the conversation to scout topics, he drew both
girls’ thoughts back to happier channels. He went into details about
the radio, making it seem so fascinating that they could hardly wait
for their own instrument to arrive. Finally, both Marjorie and Daisy
realized that they were sleepy, and that even the prospect of a hard
bed did not keep them from looking forward to their night’s rest.

“You’re sure they’ll wait for us to go up that mountain tomorrow?” she
asked Kirk, as she and Daisy prepared to go into the cabin.

“Positive!” replied the young man. “But we must start early in the
morning!”

“We will!” said Marjorie.

“And it’s going to be a glorious day,” added Daisy, gazing in
admiration at the stars.