Montmajour, or Montmajor as it is often spelt, stands upon a rocky
elevation rising out of the extensive flat plain of La Crau. Its
situation is unique, and was selected away back in the time when the
lands surrounding it were covered with water, and the only means of
access was by boats or rafts. Although the antiquity of the site of the
monastery built upon this erstwhile island is undoubted, the exact date
of the Church and Chapel which constitute the older parts of the group
of buildings there to-day, have been the subject of much debate and
controversy.

For years, nay for centuries, the famous Chapel of the “Holy Cross” was
regarded as a building of the eighth century, the exact date of its
construction being A.D. 779. The authority given was a Latin inscription
now almost illegible, setting forth how the church was built and
dedicated by Charlemagne to commemorate his great victory over the
Saracens, and further recording that the rebuilding by him of the Abbey
of Montmajour was another token of gratitude. Another inscription (more
legible) reads, “Many of the Franks who perished in the combat repose in
the chapel of the Monastery…. Brothers, pray for them.” The
inscription refers, of course, to the Saracenic invasions of Provence
A.D. 732 and 797, the earlier one repulsed by Charles Martel, and the
latter by his grandson Charlemagne. This inscription has, however, to be
ignored and regarded as the work of zealous monks at a much later date,
anxious to add to the lustre of their monastery, and not too scrupulous
in accepting traditions which gave this chapel a celebrity and antiquity
wholly undeserved.

It was early in the last century that the pretensions of the
inscription received their death-blow by the discovery of a hitherto
unnoticed dedication on the pediment of the porch. The reliability of
this find seemed to be confirmed by an ancient charter which attributed
the erection of the building to the Abbé Rambert, and its consecration
too, some three years later. This date obtained right up to the end of
the last century, when expert opinion demonstrated, by external and
internal evidences, that although standing on the site of a much older
chapel, the present one was not erected until late in the twelfth or
early in the thirteenth century.

This little chapel stands about three hundred yards away from the main
buildings of the Abbey. The hard rock all around it is carved out into
long shallow graves, which, with the exception of one, on the sloping
ground near to the larger church of the Abbey, have been opened–that is
to say, the heavy slabs of stone that formerly covered them have been
removed and the bodies have disappeared. This pillage and desecration of
the last resting-places of the brothers of the Monastery was the work of
the revolutionary mobs from Arles, who, not content with rich plunder
obtained in the Monastery itself, sought for any jewels buried with the
dead.

The Chapel of the “Holy Cross” was the mortuary chapel to this cemetery
in the rocks, and the sacredness of the spot made such wide appeals to
the religious superstitions of the age that many distinguished knights
and nobles sought the honour of resting their bones in the enduring
tombs cut in the hallowed rocks of Montmajour. The chapel is built in
the shape of a cross with equal arms, the ends apsidal, buttressed, and
half-vaulted. The square central tower is surmounted by a tiny cupola
immediately above a small bell-lantern tower. The chapel has but three
small windows, intended more to allow the light that was always kept
burning inside the chapel to shed its rays upon the graveyard outside
than to light the interior.

There are differences of opinion as to the original object of the
chapel, but it seems more than probable that the lantern in the roof was
designed to contain the beacon which it was the custom in the Middle
Ages to keep burning at night in memory of the dead.

There is no sculptured ornament in the interior of the chapel. The walls
are severely plain, but they doubtless were at one time covered with
Byzantine frescoes, in harmony with the general architectural style of
this building which stands in isolated dignity upon the rock above the
meres.

The Abbey of Montmajour, now in a ruined state, was in the Middle Ages a
“Benedictine” establishment of great importance and influence, with a
reputation for sanctity that drew thousands of pilgrims annually from
all parts of the world, across the shallow lagoons in boats and on
rafts, the only means of reaching it, until well on into the
seventeenth century. The work of draining La Crau began in the sixteenth
century, and gradually converted the swamp into a fertile plain; but
even as late as the eighteenth century the faithful had to make a part
of their pilgrimage by boat. The Abbey retained its great reputation,
and increased its power during the fourteenth, fifteenth, and sixteenth
centuries, and the lofty modern buildings of the seventeenth century
testify to the wealth and ambition of the Order at that time. It,
however, suffered a gradual decline after the issue of an order of Louis
XVI., confirmed by Rome, suppressing its powers. This was only about
three years before the outbreak of the Revolution, which ended for ever
the long monastic career of Montmajour.

The approach to the Abbey, across rich low-lying meadows, dotted with
feathery trees, is romantic and full of charm, and the ancient buildings
stand out like a feudal castle, in strong relief against the sky or
distant hills, according to the direction from which it is approached. A
castle strongly fortified, for the machicolated tower built in the
fourteenth century rises from the most elevated portion of the rock to a
height of nearly ninety feet.

The older parts of the chapel or church, like the buildings at Les Baux,
are for the most part cut out of the solid rock. The earliest part of
the building is hewn in this manner, and in the lowest recesses of the
subterranean church there is a small cell about four and a half feet by
two feet, carved crudely out of the rocks, and containing a massive
stone seat. A small square hole cut in the wall serves to let a stream
of light into this tiny cell, which is known as the Confessional of St.
Trophimus, the apostle of Provence. This cell is at the end of a series
of narrow caves, one of which constitutes the sanctuary, the other
contains two tombs excavated in the rock near its face. The small arched
windows in the masonry which forms one side of these underground chapels
admit the bright light of day, and from them the occupants of the little
sanctuary or vestibule could obtain a magnificent view of the distant
countryside. As the vestibule was used by the brothers when waiting
their turn at the Confessional, these windows would serve to relieve the
monotony of many a tedious hour.

The crypt of the Church of the Monastery is sepulchral and gloomy.
Instead of a staircase a long passage descends with a gentle slope from
the west end of the church above, and leads to the underground chapel,
the reason assigned to this method of entrance being that it allowed of
elaborate processions passing from the ancient to the modern building
with effective decorum. At the end of this long passage there is a
spherically vaulted gallery with seven smaller chapels radiating from
it. A massive altar of great antiquity stands in the middle of the
centre chapel. Entirely free from all rich decoration, the whole place
reeks of the dark ages, a fitting symbol of a period when art was
struggling towards a new expression.

The crypt was probably built in the ninth or tenth century, and rebuilt
by the Abbé Rambart towards the end of the eleventh. The church above
was started by the same abbot, but was never finished according to the
original plan, for the west front is a hurried piece of construction
evidently intended to serve until some future date when the Abbey
banking account should be in a sufficiently flourishing state to give an
imposing finish to the building. 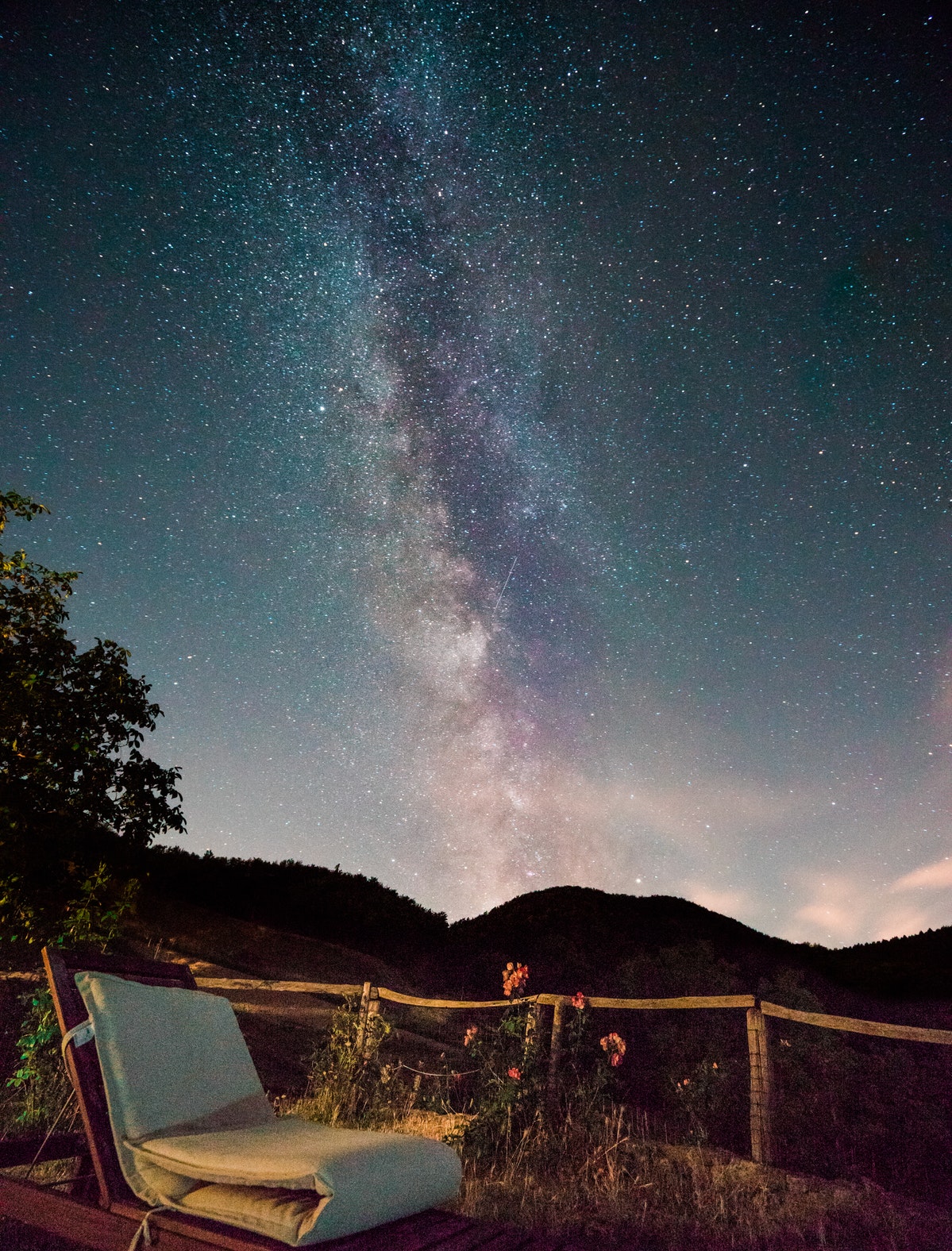 The tower of the Monastery, which gives it the appearance of a fortress,
was built in the middle of the fourteenth century, and possesses all the
characteristics of the most advanced military architecture of the
period. Its walls are built of smaller blocks of stone than is usual in
similar buildings of that time. The great hall on the ground floor was
used by the inhabitants of the Monastery as a storehouse, containing
also a cistern into which the water was collected from the roofs, the
overflow finding its way into exterior reservoirs.

The most modern part of the Monastery is to-day in the hands of private
owners, but in such a dilapidated condition that it is almost unsafe to
venture among its tottering walls. These buildings, erected during a
period of the institution’s greatest prosperity, suffered more at the
Revolution than the older parts of the Abbey. If the florid
eighteenth-century buildings were all removed, they would be little loss
to the place from an architectural point of view, for their features
strike a discordant note among the simple early Gothic surroundings.

The cloisters of Montmajour are not very unlike those of St. Trophimus
at Arles, and if the pillars and capitals of the arcade are less
interesting in detail than those of the more famous cloisters, they have
a more pleasing and less confusing effect in the mass. Round the walls
there are several very beautiful tombs with a variety of early styles of
arched canopies–pointed, round, and inflected.

Amongst these is the tomb of Geoffrey VI., a Count of Provence, who died
in 1063. He was a generous patron and friend to the Monastery, and in
the eleventh century conceded, along with other rights, the privilege of
claiming the first sturgeon which should be caught in the river between
Mourrade de Bourques and the sea. This typically feudal privilege was,
until the Revolution, enforced more by way of custom latterly, and a
great procession of holiday-making fishermen, with bands playing and
banners flying, accompanied by innumerable sightseers, came on rafts and
in boats to the Abbey with their offering. Masses were celebrated for
the soul of the good Count, a handsome pourboire given to the fishermen,
the sturgeon cooked and placed upon the already groaning

[Illustration: THE MONASTERY. AT MONTMAJOUR.]

board of the epicurean brothers, and everybody was contented and happy.

The Benedictine Monastery of Montmajour enjoyed so many other privileges
and bequests that it grew to be one of the richest and most powerful in
the whole of France. No wonder the laity were keen to swell its holy
ranks and enjoy its privileged security and bountiful board, its
immunity from taxation and public service. The amazing contrast to the
luxury of the Abbey’s latter days is the legend of the poverty and
homelessness of those for whom it was founded.

The story runs, or, as the troubadours say, it is told and said and
related, that when Villegis, King of the Goths, who had already
dispossessed the Romans of Arles of their last colony in Gaul,
surrendered to the Frankish conqueror Childebert, the latter, hunting
one day over his newly-acquired territory in the vicinity of Arles, met
with some hermits on a lonely mountain-side whose piety and poverty so
touched the victorious barbaric King that he founded for them the
Monastery of Montmajour.