Away with my firelock!
Here, take my red coat!
On danger and glory
No longer I’ll dote.
A train of soft passions
Now rise in my breast;
The soldier subsides,
And ambition’s at rest.
And no more shall the sound
Of the trumpet or drum
Forewarn the poor shepherd
Of evils to come.
SOLDIER’S SONG.

Poor Willie Pitblado sank fast after the extraction of the ball, and the
subsequent amputation of his leg.

In the pleasant month of June, when he knew that the golden laburnums
and the hawthorns, pink and white, would be wearing their loveliest hues
among the green hills and burnsides where he had played in boyhood, and
when the summer breeze would be rustling the thick foliage that shaded
his father’s humble cottage in Calderwood Glen, Willie felt that his
hour was coming nigh, and he grew very sad and restless.

On that day, the last he was to spend on earth, there was an unwonted
bustle in and around the great military hospital of Fort Pitt, and,
natheless the sick and wounded, the weary in body and subdued in spirit,
the dying men in the wards, and those whose battles and troubles were
over, and who lay stark and stiff under a white sheet in the deadhouse,
awaiting the muffled drums and the—now daily—funeral party, there had
been a scouring of tins and polishing of wooden tables, a renovation of
sanded floors and white-washed walls; an extra folding and arranging of
knapsacks and bedding. Staff officers in full uniform, with aiguillette
and plume, galloped to and fro, in and out, up and down the steep hill
from whence the grim old fort looks down upon the quiet and sleepy
Medway, with all its old battered hulks; and then whispers were passed
along the wards that the Queen—Queen Victoria herself—was coming to
visit the poor fellows who had carried her colours in triumph up the
slopes of Alma, through the valley of Inkermann, and in the charges at
Balaclava.

Then pale cheeks flushed and sunken eyes grew bright, and all were in
high expectation, save one who lay in a corner on his iron bed and straw
pallet under a poor rug, with eyes already glazed at times, for the hand
of death was heavy on him; and this was my poor comrade Pitblado, with
no friend near him save the hospital orderlies, who by this time were
pretty well used to suffering and dissolution, and could behold both
with stoical indifference.

It was on a day that many yet remember—Monday, the 18th of June—the
fortieth anniversary of Waterloo, that all Strood, Rochester, and
Chatham were startled from their usual rural tranquillity by the
appearance of the Queen and her retinue, as she swept through their
narrow and tortuous streets, at her usual speed, to visit the wounded
soldiers in Fort Pitt.

The cold-blooded days of the “Four Georges” have passed into the waste
of eternity, and it is our happy fortune to have upon our throne a queen
whose true woman’s heart no glory of station, or fortuitous grandeur of
position, can alter.

On his poor pallet, in the sick ward, Willie heard the cheers in the
streets of Chatham far below; he heard the clash of arms and the rolling
of the drum, as the guard presented arms at the gate, and in his
death-drowsy ear he seemed to hear again the din of battle far away,
Beverley’s voice, and the rush of the charging squadrons; but the sounds
brought him back to the world for a time.

He was too feeble, too far gone, to join the melancholy parade before
the hospital; but the orderlies opened the window of the ward, and
propped him up with pillows and knapsacks, that, like one or two other
wasted creatures, he might see the Queen pass along.

“I wish that God had spared me ance mair to see my puir auld father’s
face,” said Willie, whose Scottish dialect came faster back as life
ebbed in his gallant heart; “but His will be done. It canna be—it canna
be! I maun e’en bear it, and he that tholes, overcomes.”

From the windows on the ground floor he saw the glorious noonday sun, on
which his eyes were soon to close for ever, for the staff-doctor had
rather curtly told him so. He saw the fertile plains of lovely Kent
stretching far away towards Rainham, and the windmills tossing their
arms on the green upland slopes. He saw the tower of Rochester
Cathedral half hidden in the sunny haze, and the great square stone
block of the grand old Norman castle towering against the clear blue
sky, and casting a sombre shadow on the winding Medway, and poor Willie
thought the world that God had made looked peaceful and lovely.

Before the hospital he saw paraded some three hundred men. The front
rank lay mostly on the gravel, for they were unable to stand, either by
debility or amputation; the rear rank was propped against the wall, on
crutches or staves. All wore the light blue hospital gown, trousers, and
cap; but many an empty sleeve and useless trouser-leg were there.

Every man of them has been face to face and foot to foot with death, and
yet withal their hearts are strongly stirred within them by their
Queen’s approach. Their hair is long, and in elf-locks; their faces are
hollow and pale, and their eyes shine out weirdly, and like bits of
glass, as those of the sick usually do.

“Attention!” cries the sleek and well-fed commandant (who, perhaps, had
not been at Sebastopol), as he comes along in full uniform, with his
cocked hat under his arm, by the side of the Queen, who leans on the arm
of Prince Albert; and as they pass slowly along that remarkable line,
their eyes and faces fill with pity and commiseration.

Mechanically, at the word of command, all the men make a nervous start.
Those who are legless prop themselves on their hands and arms; and some
stand painfully erect on their crutches, and their wasted fingers are
raised in salute, to where the helmet or the Highland bonnet would have
been; but, alas! a hospital nightcap is only there now! 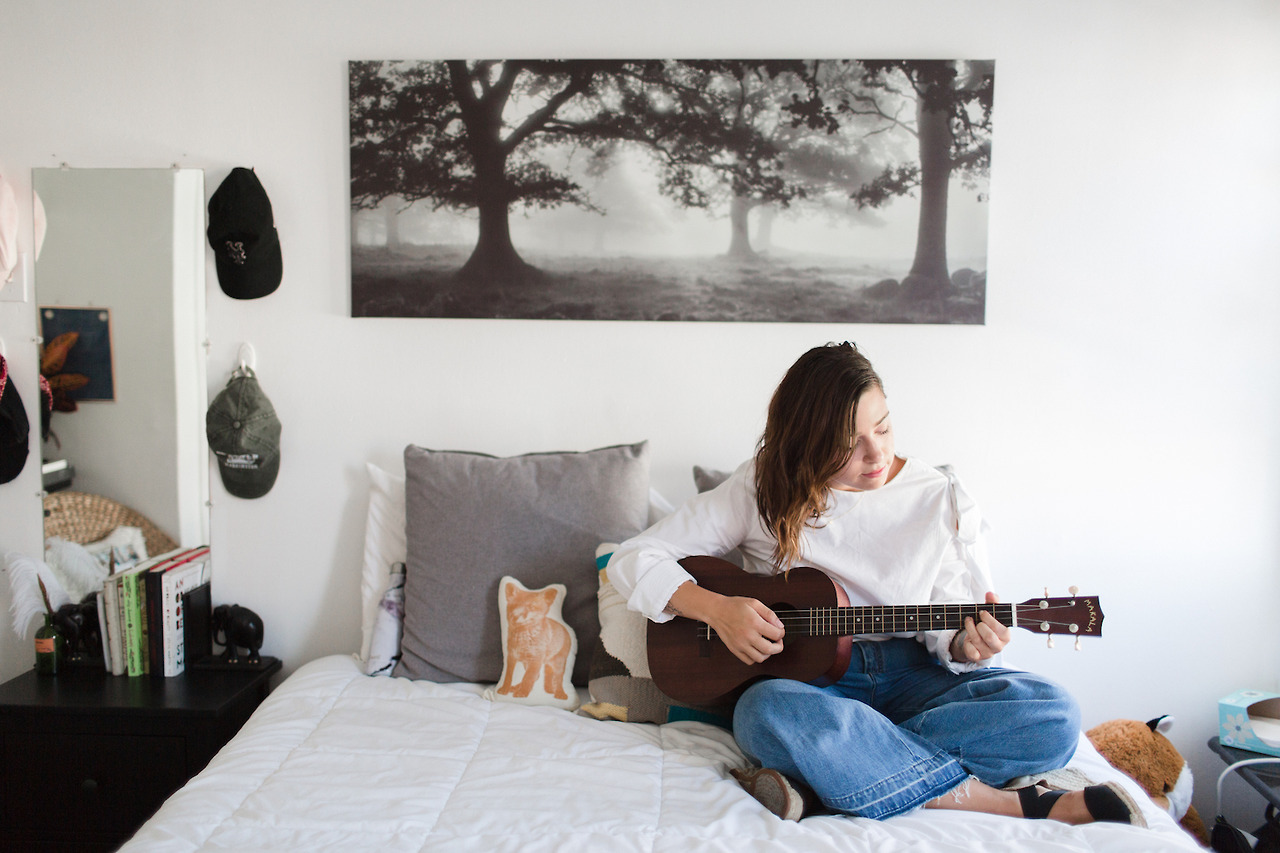 Men of all regiments are there—horse, foot, and artillery, guardsmen,
hussars, and lancers; but all wear one sad uniform now.

With a last effort, Willie rallied, and propped himself at the window,
just as a hospital orderly pinned on his blue woollen gown a card like
those worn by all the others, stating the age, name, and corps of the
wearer. It bore—

The card, as it was pinned on, caught the eyes of the royal group, and
the terrible expression that none can mistake—even those who luckily see
it for the first time—was read in Willie’s face.

“Do not speak to him, please, your Majesty,” whispered the commandant;
“his aspect must distress you—the man is dying.”

The Queen had in her hand a magnificent bouquet, presented to her by the
ladies of those in the high places of Chatham garrison—heads of
departments, and so forth. She detached a white rose, and gave it to the
poor dying lad, whose faculties were making a rally for the last time.

He looked at the high-born donor without shrinking or quailing, and,
with a sad, sad smile on his face, so thin and wan—for the eye of One
who is greater than all the kings of the earth was on him now—the
sufferer spoke, but in long and feeble utterances.

“My auld father aye said I need never—never look for—my reward in this
world; but—but this day I hae gotten it.”

And he pressed the rose to his thin blue lips.

“Are you easy, my poor fellow?” asked the commandant.

“Is there anything you would wish?”

“I would wish to be laid—in the old kirk-yard at hame, where my—my
mither lies under a saugh tree—but—but it canna be. God has been gude
to me—I might hae found a grave for ever far awa’ in the Crimea—and—and
no within the sound o’ a Christian bell.”

His head fell back and turned on one side, as the eyes glazed and the
jaw relaxed. The Queen—good little woman—drew back, with her
handkerchief at her eyes, and the spirit of my faithful comrade—this
poor victim of the war—passed away.

The Queen’s white rose is buried with Poor Willie Pitblado. His grave is
in the military cemetery, under the shadow of the great Spur Battery.

I know the place well, and a stone placed by Sir Nigel Calderwood marks
it.