ALBANY. O save him! save him!

GONERIL. This is mere practice, Gloster:
By the law of arms, thou wast not bound to answer
An unknown opposite; thou art not vanquished,
But cozened and beguiled. SHAKSPEARE.

The prayer of Hezekiah for the prolongation of life flashed on my
memory, and rose to my lips, as with rage, and almost with despair at my
heart, I struggled to my feet, half-stunned, and groping blindly for my
sword-hilt, which hung from my wrist by its gold knot and tassel.

Just as I grasped it firmly, the nearest rifleman charged me with his
fixed bayonet, which ran through the left side of my full-dress jacket,
and came off. Clutching his weapon by the barrel, I closed in, and
plunged my sword twice into his breast. As he fell back, groaning
heavily, the bayonet of another struck me; but luckily, those fellows,
who belonged to the Kazan column, had blunted their weapons by broiling
beef on them over their wood fires.

A third rifleman fired full at my head; but, by a singular chance, the
nipple of his rifle was blown out by the explosion, and buried itself in
his forehead, just above the nose, severing the optic nerve, and nearly
forcing his eyes out. (In two hours after he died, raving mad.)

This incident created, for a moment or two, a diversion in my favour;
but a Cossack officer, armed with a great crooked sabre, assailed me.
Like one of Cæsar’s Legionaries of old, this fellow seemed bent on
cutting only at my face; and having some regard for my personal
appearance, I was not sorry when he fell backwards over my dead horse,
and in doing so, snapped his blade off near the hilt.

Could I have reached my holsters, in which were a pair of six-chambered
Colts, I might have escaped; but now I was hemmed in on all hands by a
band of fierce, ugly, beetle-browed, and snub-nosed Russians, in flat
caps and long great-coats.

In an instant my gold epaulettes, my rings—Louisa’s miniature and her
ring, the treasured pearl in blue enamel—my purse and watch, were rent
from me as if I had been in the hands of common footpads; and one of
those who assisted in such work was the Cossack officer, whose name I
afterwards ascertained to be Lieutenant Adrian Trebitski of the
Tchernimoski corps.

In fact, he made himself very busy about the knees of my trousers in
search of my portmonnaie (as the Russians usually carry their purses
strapped to the knee), while his Corporal found it in my pocket; and
each acquisition was greeted by a torrent of uncouth sounds, expressive,
I presume, of great satisfaction.

My sabretache was torn away. It contained only my uncle’s letter, which
I afterwards learned, was duly translated into choice French for any
secrets it might contain, and for the information of Princes Menschikoff
and Gortschikoff, who, I hope, were much edified by Sir Nigel’s
description of Mr. Brassy Wheedleton, and of Scotch prigs in general.

Having stripped me of every article of value, and ripped all the gold
lace from my lancer jacket and blue pantaloons, I have no doubt those
savage wretches would soon have despatched me; but a wounded officer
rode up—the same personage with the many decorations and long grim
moustache. He ordered them to desist, striking those who were near him
with a whip that was attached to his bridle. He then placed me in charge
of his aide-de-camp, Captain Anitchoff, a fashionable-looking young
Muscovite, who wore the light blue and yellow-laced uniform of a hussar
corps (the Princess Maria Paulowna’s), and who has since that time
published a work on the Crimean campaign. He courteously informed me,
in French, that he was on the general staff of the Russian army, and
that the name of my preserver was Lieutenant-General Karlovitch Baur.

He also desired me to remain close by his side, while we proceeded
quickly to the rear. By this time, every trace of Travers and my
squadron had disappeared.

And so I was actually a prisoner!

I was, perhaps, the sole trophy of the Russian army, so they were
disposed to make the most of me. I had a special escort of a corporal
and two well-bearded and ill-washed Cossacks, who rode one on each side
of me, and one in the rear, each trussed up among his forage plunder and
fleas—their shaggy little horses being so laden that little more than
their noses and tails were visible. If I lagged, the corporal used to
grin and shake his lance ominously; and when not occupied in scratching
themselves, they were very merry and not unpleasant, though totally
incomprehensible companions.

I knew not in what direction they were conveying me, and our mutual
ignorance of each other’s language prevented me from discovering. I
could but trust to chance and patience.

Meanwhile, my friends were, I am pleased to say, under no small concern
on my account elsewhere.

The army halted at Belbeck, where five hundred sick—among whom were many
of my lancer comrades—were left behind, all ill with cholera. Lord
Raglan occupied the château of a fugitive Russian noble, and there
Travers rode to report that he had seen the Russians in strength among
the woods between Belbeck and Khutor-Mackenzie, where, as all the world
knows, a sharp engagement took place with them soon after, and where
they were driven back with the loss of baggage and ammunition for more
than twenty-five thousand men. Among the former were a great quantity
of watches, jewellery, and gay hussar jackets, in which the artillery
and Highlanders masqueraded for a time. 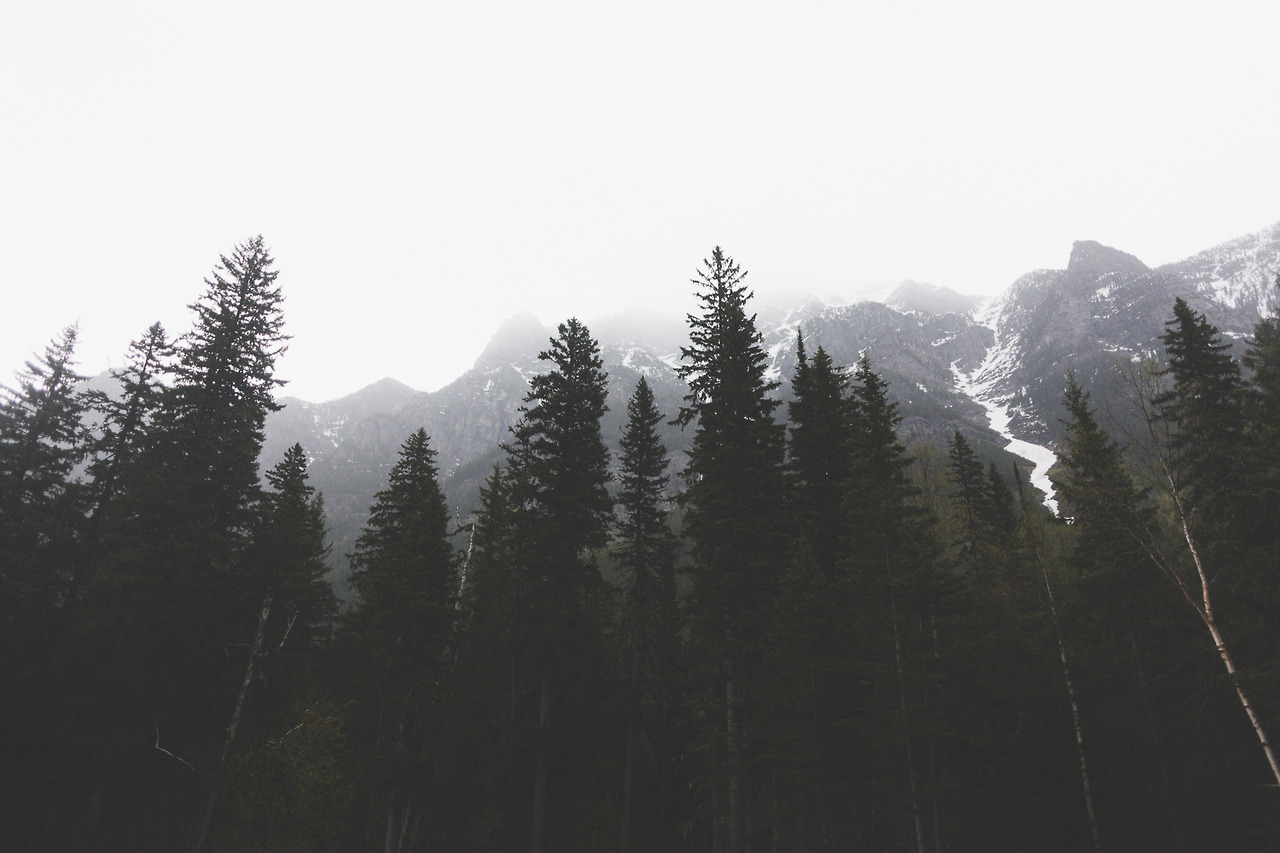 After making his report to Lord Raglan and General Airey, Travers rode
to Colonel Beverley, who occupied a Tartar’s cottage near the river
side. There he found several of ours, including Fred Wilford, old
M’Goldrick, the paymaster, and Studhome, making a hearty repast on some
well-cooked wild boar, with caviare, biscuits, and plenty of champagne,
which had been found in the broken-down carriage of General Kiriakoff,
whose crest and initials were painted on the lid of his canteen, which
contained a tiny dinner service for four, but all of Dresden china.

“Gentlemen,” exclaimed Beverley, starting to his feet, as Travers,
Berkeley, and young Scarlett entered, “I am sorry to see you return
alone. Where is our friend Norcliff?”

“Gone to the—aw—devil by the down train, probably,” muttered Berkeley,
whose teeth chattered as he drained a glass of champagne.

“He has fallen into the enemy’s hands,” said Captain Travers; “a rescue
was impossible, as we knew not the extent of the ambush into which we
fell. I saw him riding after us, with Berkeley——”

“Aw—yes, colonel—we were covering the rear of the squadron, in fact,”
interrupted that personage.

“Suddenly there was heard a single shot, and on looking back, I saw
Berkeley galloping on alone——”

“And poor Norcliff in the hands of the Russians, who were cutting him to
pieces apparently.”

“His horse had been shot under him?” said the colonel.

“Yes—but—aw—not by the Russians,” said Berkeley.

“By whom, then?” asked the colonel, sharply.

“By himself,” was the unhesitating response.

“Impossible!” exclaimed his hearers, in succession.

“It is neither absurd nor impossible. The horse was killed by a
pistol-shot, and he fell into the power of the Russians.”

“Do you mean to say,” asked the colonel, slowly, after a very ominous
and unpleasant pause, during which Berkeley’s paleness increased, and he
tugged his moustache with his effeminate, girlish-like fingers, feeling
evidently the loss of a toothpick, with which, like other fops, he
soothed his leisure moments; “do you mean to say that this event was not
accident, but design?”

“Can’t tell, ’pon my life—aw—haw—would rather not say anything about
it—it was doocid odd, anyway,” drawled Berkeley, applying himself to the
champagne again.

“Mr. Berkeley, I must insist upon your explaining.”

“Killing it on the spot?”

“What could be his reason——”

“Perhaps he thought—aw—it safer work to fall quietly into the hands of
the Russians thus than to ride back under their fusilade.”

“Are you aware, Mr. Berkeley,” said the colonel, with increasing
gravity, while all present exchanged some very peculiar glances, “that
this is tantamount to branding our friend with cowardice?”

“I shall—aw—aw—answer that question, Colonel Beverley, when the time
comes, and he returns,” replied Berkeley; “but I don’t think those
Russian riflemen were in the mood to show much mercy or quarter to-day.”

“And Norcliff was not such a muff as to surrender quietly,” said
M’Goldrick.

“You will answer the colonel’s question when Norcliff returns say you?”
exclaimed Studhome, starting forward, pale with passion; “answer it you
shall, and now, to me!”

“Studhome!” said the colonel, interposing angrily, “this is some
mistake—some wretched misconception. We all know that Captain Norcliff
was incapable of committing the act you, Mr. Berkeley, impute to him.”

“I have seen him lead his troop under fire ere now,” growled Studhome;
“and lead it when Mr. Berkeley might have thought it unpleasant work to
follow him.”

“Aw—haw—well, disprove it if you can,” said Berkeley, with one of his
old insufferable smiles, as he stuck his glass in his eye, and lounged
out of the cottage, near which my poor fellow, Willie Pitblado, was
lingering to pick up some certain information about me from the
colonel’s servants.

“Eh, me! this will be sair news for the folk at Calderwood Glen,” he
sighed, as he and Lanty O’Regan turned away together.

As Berkeley and I had been in the rear, none save myself could be
cognisant of his foul act of treachery. He never doubted that I had
been bayoneted by the Russians, and, confident that I should never
return, he thus crowned his villany by attempting to destroy my honour.